Accessibility links
YouTube Shares Ad Revenue With Musicians, But Does It Add Up? : The Record Musicians say they see benefits to their music and videos being on YouTube — but not much money. 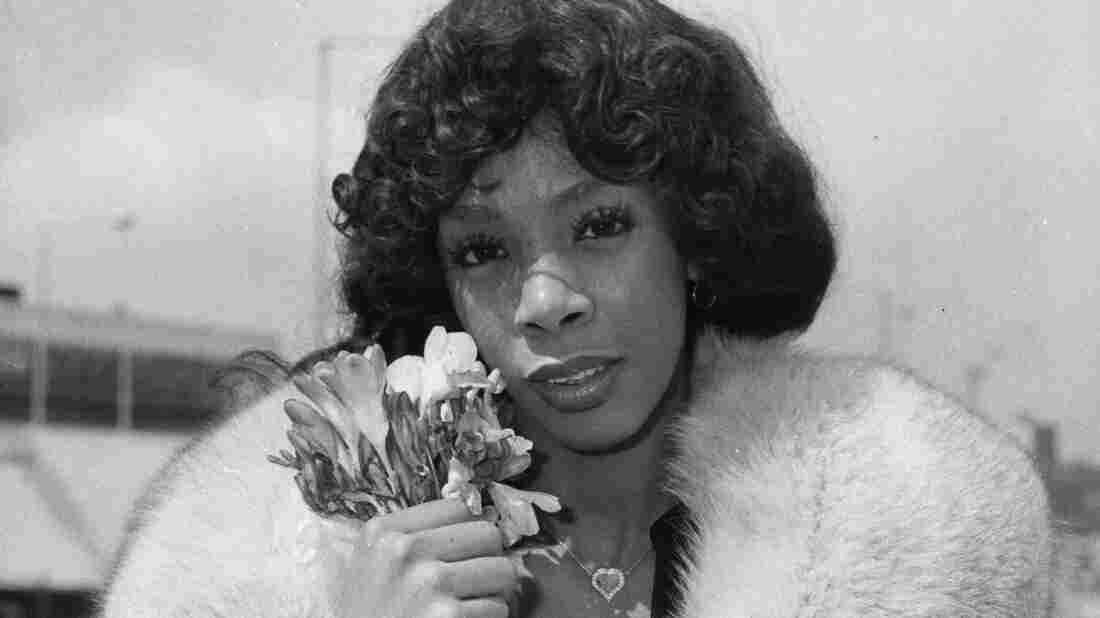 Donna Summer in 1976. YouTube's Chris Maxcy says the company targets advertising to videos by artists like her and gives a share of the revenue from it to the track's label and publisher. Keystone/Getty Images hide caption 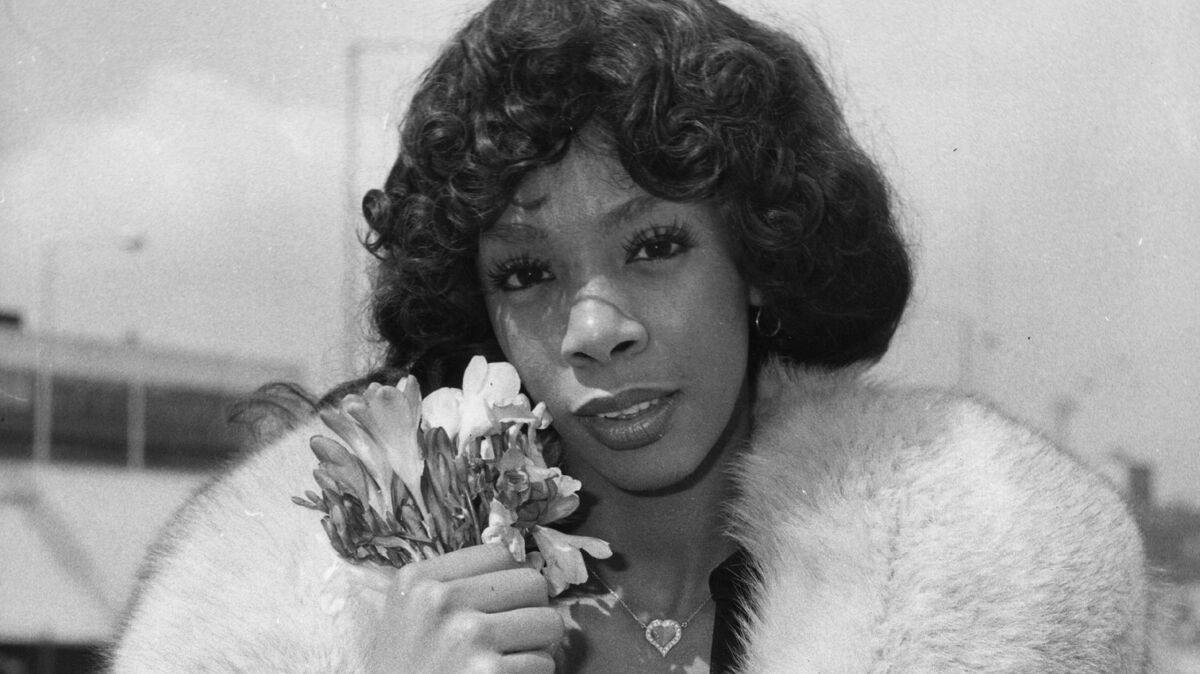 Donna Summer in 1976. YouTube's Chris Maxcy says the company targets advertising to videos by artists like her and gives a share of the revenue from it to the track's label and publisher.

YouTube is well-known for videos, but a recent Nielsen study revealed 64 percent of teens and young adults go to it to listen to and discover music. The free website, which is owned by Google, has set up advertising deals to help musicians get compensated. But it's not clear how they're getting paid — or how much.

It's a safe bet that many of San Francisco State University's 25,000 students are music fans. Zachariah Bargouti says if there's an Internet connection — even on the subway — there's YouTube.

"It even works under the Transbay Tube," he says, talking about the portion of the BART that runs underneath San Francisco Bay. "I still have 3G and I can usually listen to something on YouTube."

That's why Bargouti says he doesn't really buy music anymore. Neither does Arianna Caramat. "I stopped with the downloading of artists on iTunes," she says. "I just find that it's easier — more convenient — to, like, listen to online radio."

The 22-year-old Caramat uses Pandora to find new music. She discovered disco there. And when she really likes a song, like Donna Summer's "I Feel Love," she goes to YouTube.

To its credit, YouTube is trying to help Summer's estate make some money. Chris Maxcy, the company's partner development director for music, spends his days working with labels and music publishers to license music for YouTube. "If you were to look at each month," he says, "we are paying out tens of millions of dollars to the industry."

Maxcy says YouTube is paying the labels and the song writers a percentage of the revenue from advertising attached to videos like "I Feel Love."

"When that video is played on our site, we target advertising to it," he says. "Then we give the labels and the publishers a share of the advertising."

When I watch the Summer video, an ad pops up at the bottom for Hive — whose slogan is "Modern design for the home." Google, which owns YouTube, has clearly figured out that I like modern furniture based on my other browsing habits. But it is not always clear how much Summer and her label will make from an ad targeted to me, compared with one aimed at a 22-year-old college student.

"If you're Proctor & Gamble you might find a particular demographic more appealing," says Maxcy. "So you might find moms more appealing than teenage boys. I think there's so many variables that go into ultimately what the artist makes off of that advertising." In other words, Proctor & Gamble might pay more for an ad on YouTube than the makers of Halo.

"Holiday in Cambodia" by the punk band Dead Kennedys has been streamed on YouTube over 2.5 million times. Guitarist Raymond Pepperell — also known as East Bay Ray — says, overall, Dead Kennedys videos have been watched about 14 million times. But the band has only seen a few hundred dollars.

"I don't know — and no one I know knows — how YouTube calculates the money," he says. Pepperell says the band has been in talks with YouTube, and the company told the musicians that the site takes 45 percent of ad revenue generated by their videos. But, he says, YouTube won't tell them how much that is.

"What YouTube claims is irrelevant until they produce how much they've made off my band and how much they've shared with my band," he says. "Don't let them bull s- - - you that it's too complicated."

But other musicians say they've seen benefits from YouTube — even if they haven't seen much money.

OK Go was a little-known band until it released a video shot in lead singer Damian Kulash's backyard. The band's videos have been viewed upwards of 200 million times, according to their manager, Jamie Kitman. He says he can't reveal how much the band made, but, he says, "If that was your only source of revenue, you know, it would be time not only to not quit your day job but time to get a night job to supplement it."

Kitman says OK Go gets most of its income from iTunes downloads, licensing to movies, TV shows and commercials, and touring.

Pepperell would like those young people enjoying his music on YouTube to think harder about it. "They should ask YouTube and Google to pay the artists," he says. "And, yes, the students are getting free music — but they should still care."

Pepperell says all he knows is that his income has gone down by half in the past couple of years.