Accessibility links
The CD, At 30, Is Feeling Its Age : The Record The CD is just the latest musical format to rise and fall in roughly the same 30-year cycle. 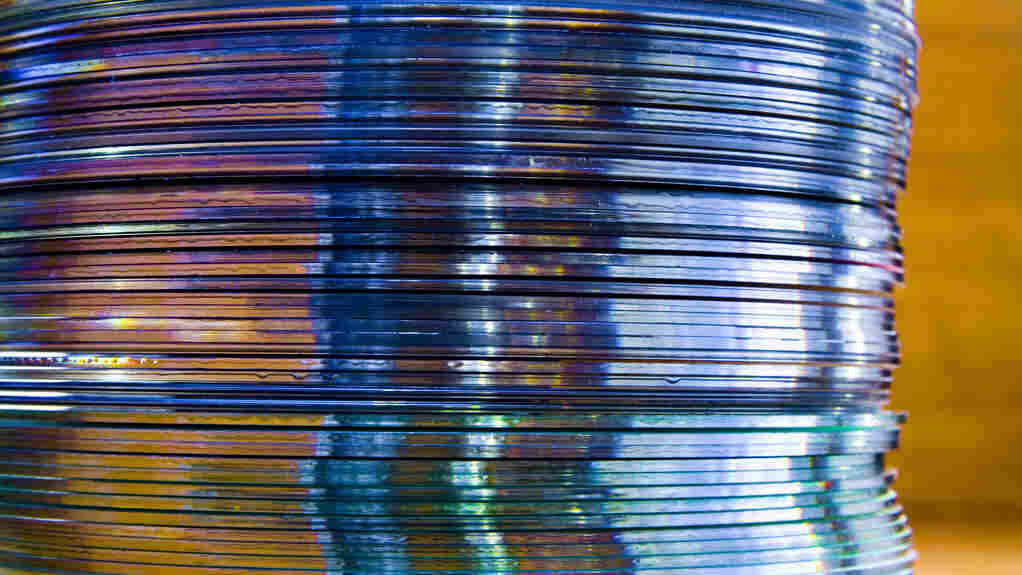 This shot of a stack of CDs on photographer Mike Neilson's desk is captioned on his Flickr page like this: "I have this stack of CDs that I don't know what to do with. I haven't played one in a long time now. Do used CD places still exist? Who would buy CDs, much less USED CDs at this point?" Mike Neilson/flickr.com hide caption 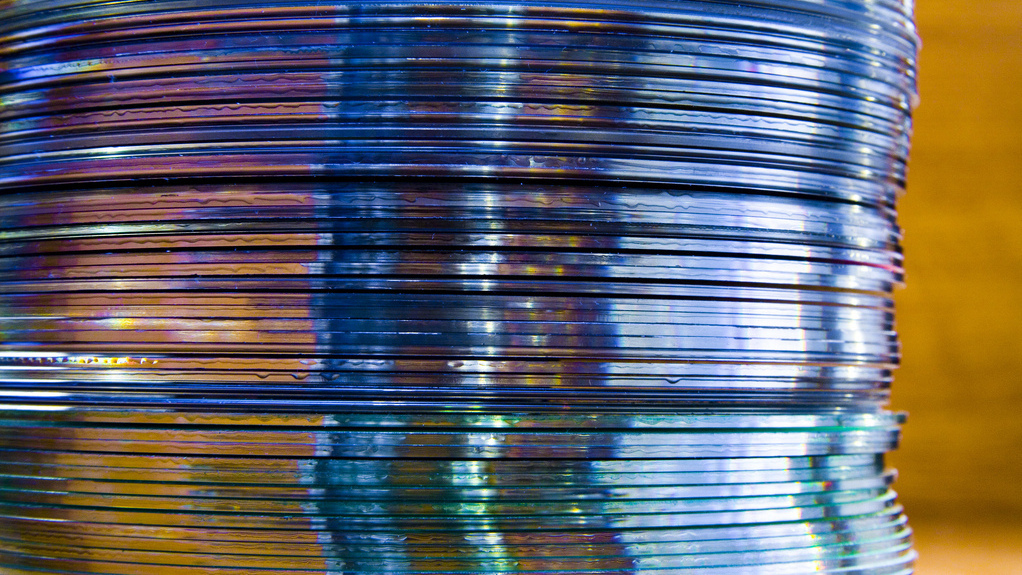 This shot of a stack of CDs on photographer Mike Neilson's desk is captioned on his Flickr page like this: "I have this stack of CDs that I don't know what to do with. I haven't played one in a long time now. Do used CD places still exist? Who would buy CDs, much less USED CDs at this point?"

Today marks the 30th anniversary of a musical format many of us grew up with: the compact disc. It's been three decades since the first CD went on sale in Japan. The shiny discs came to dominate music industry sales, but their popularity has faded in the digital age they helped unleash. The CD is just the latest musical format to rise and fall in roughly the same 30-year cycle.

Compact discs had been pressed before 1982, but the first CD to officially go on sale was Billy Joel's 52nd Street.

The CD was supposed to have the last word when it came to convenience and sound quality. And for a while, it did. The CD dominated record sales for more than two decades — from the late 1980s until just last year, when sales of digital tracks finally surpassed those of physical albums. It's a cycle that has played out many times in the history of the music industry, with remarkable consistency.

Sam Brylawski, the former head of the recorded sound division at the Library of Congress, says, "If you look at the last 110, 115 years, the major formats all have about 20 to 30 years of primacy."

He says one of the biggest factors driving this cycle is a desire on the part of manufacturers to sell new players every generation or so. "The real money — the real profits — for companies have been in the sales of hardware. That is to say, machines that play back recordings."

Brylawski says that's true for Apple's iPod, the must-have MP3 player that drove the demand for digital music tracks beginning in the early years of the 21st century. And it was just as true at the very beginning of music industry for one of the pioneers of sound recording: Thomas Edison.

"Edison put his heart and soul into this beautiful equipment," says Tim Brooks, who wrote a book about the beginnings of the recording industry called Lost Sounds. "He didn't care much who the singers were."

Edison practically gave his recordings away for free in order to get people to buy his phonographs. He invented the recording cylinder in 1877, but it didn't really catch on until the 1890s. Cylinders were about four inches long, and they looked like empty toilet paper rolls covered in wax or lacquer. They were the state-of-the-art musical format for about 20 years, until they were supplanted by a new invention: the 78 rpm disc, touted by Edison's competitor, the Victor Talking Machine Co.

"The early machines were very, very crude," says Brooks. "The sound was not as good as the sound on cylinders. But it was a lot more convenient. They didn't break as easily. They could be made longer, bigger, that sort of thing."

Convenience over sound quality — that's a theme we'll come back to later. The 78 reigned as the most popular format until the early 1950s, when it was replaced by the LP. The bigger disc definitely sounded better. But its success stemmed in part from how conveniently you could listen to a dozen songs on a single disc. The LP was in turn the format of choice for — you guessed it — roughly 30 years, until it was challenged by the cassette and finally supplanted by the CD. At each turn, of course, Brooks says the record industry was happy to repackage all of your old favorites in the new format.

"When 78s went out and LPs took over," says Brooks, "the record companies were able to resell stuff they'd sold before. When CDs replaced LPs and things in the 1990s, go back to the catalog and sell it again. So it's a cash cow for them that way."

In their rush to capitalize on their catalogs, the record labels sometimes cut a few corners. Producer Gregg Geller has worked for most of the major labels over the years. He was at RCA in the early '80s when he heard test-pressings of some Elvis Presley CDs for the first time.

"I'll never forget it," he says. "They were presented to me as though they were priceless jewels. And I put them on my brand-new CD player, and they sounded horrible, abysmal — just wretched sounding." Geller says the industry eventually figured out how to make CDs that sound much, much better than those first test pressings.

But then consumers decided once again that they preferred convenience over quality. Around the turn of this century, the MP3 file emerged as the format of choice. Sure, audiophiles complained about the decline in sound quality. And a few consumers lamented the loss of cover art and liner notes. But for the most part, Brooks says, the public seems to like the new format.

"It's such an obvious increase in convenience that it made everything that came before it look obsolete," he says. "It's not too often that huge leaps like that come along."

This particular 30-year leap turned the music industry's business model on its head. Still, physical album sales haven't declined quite as much as the most dire forecasts predicted. More than 300 million CDs were sold last year. And Geller thinks they'll be around for a long time to come.

"I expect that when we think the CD is gone for good — in other words, when the major record companies stop manufacturing them, like they did with the LPs — others will spring up to continue to provide them."

Thirty years from now, maybe collectors will be swapping vintage CD players for thousands of dollars.