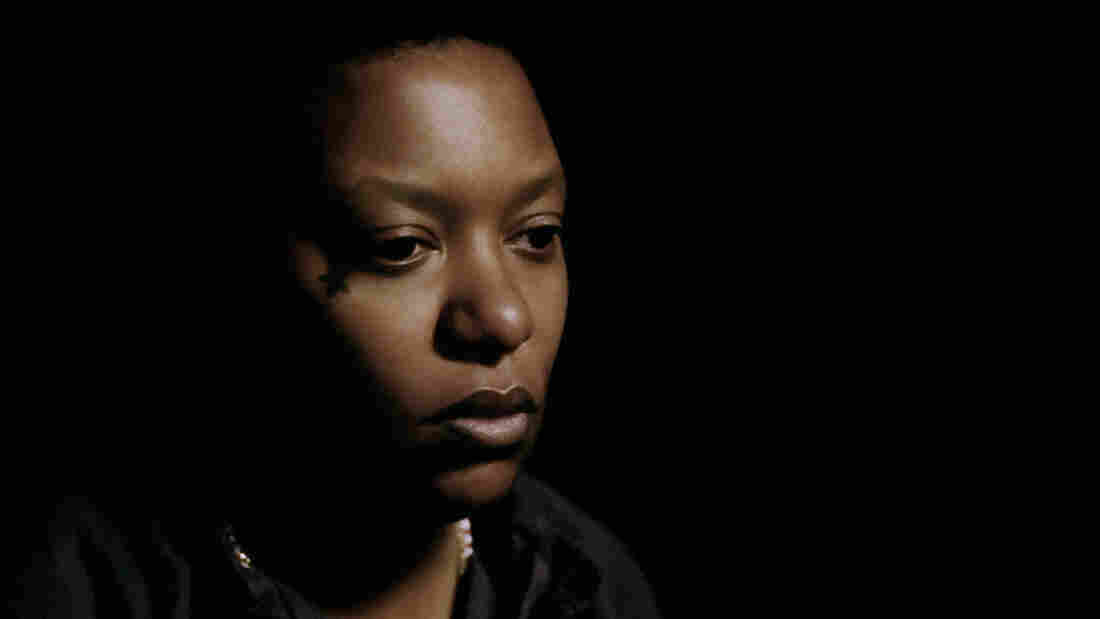 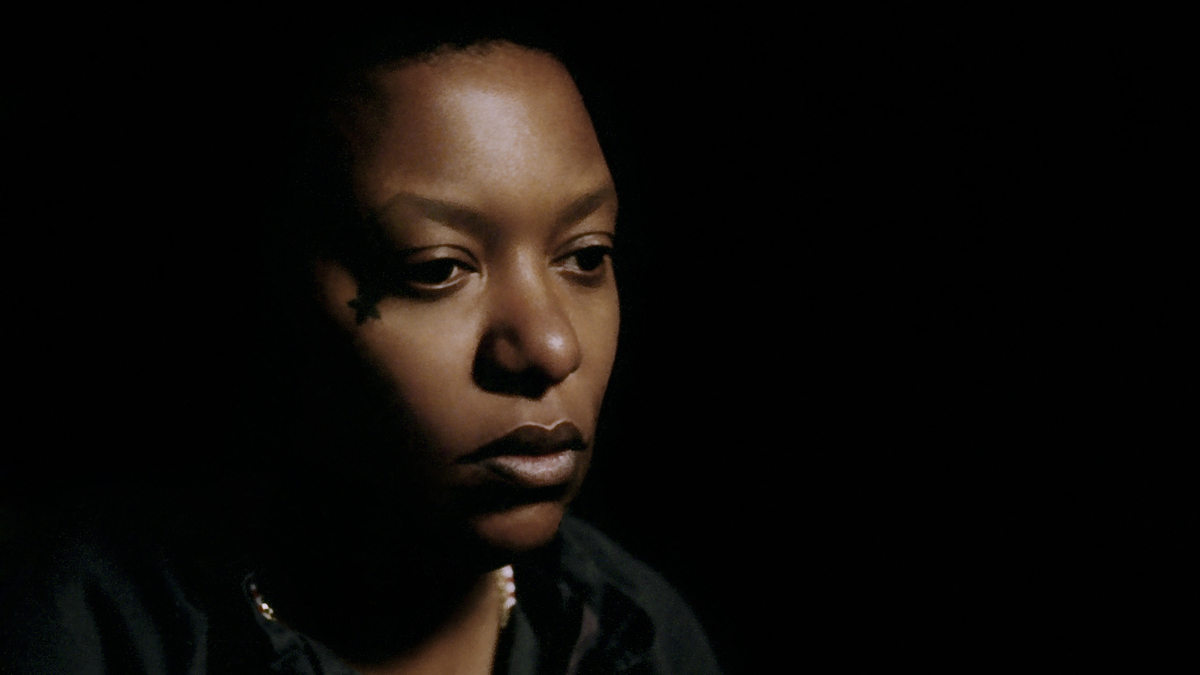 Nina Simone haunts. Meshell Ndegeocello hypnotizes. This difference is as subtle as it is crucial and is on full display in Ndegeocello's latest album, Pour Une Âme Souveraine: A Dedication to Nina Simone, which came out earlier this month. In the past few weeks, she's been performing songs from Simone's vast repertoire during a small and intimate tour. 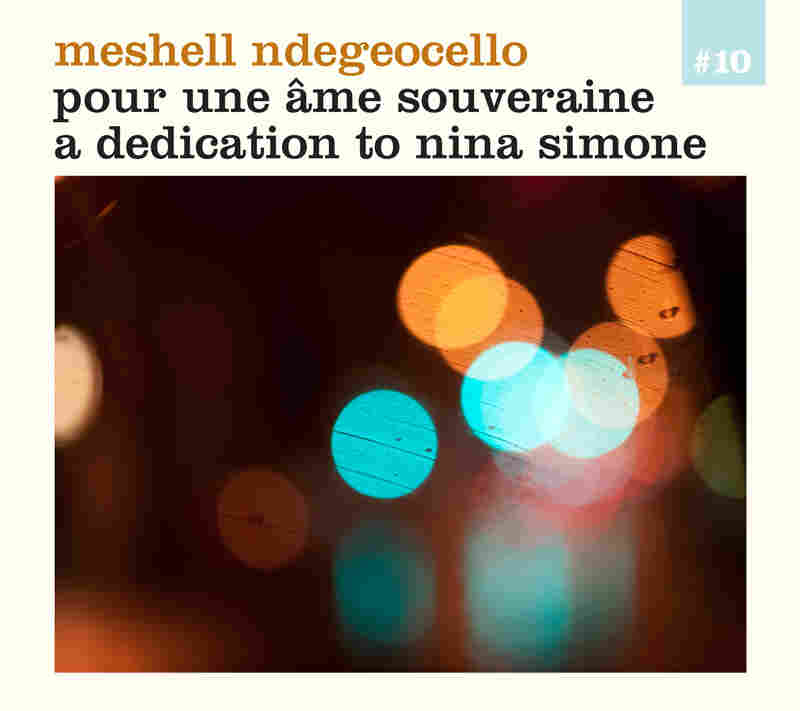 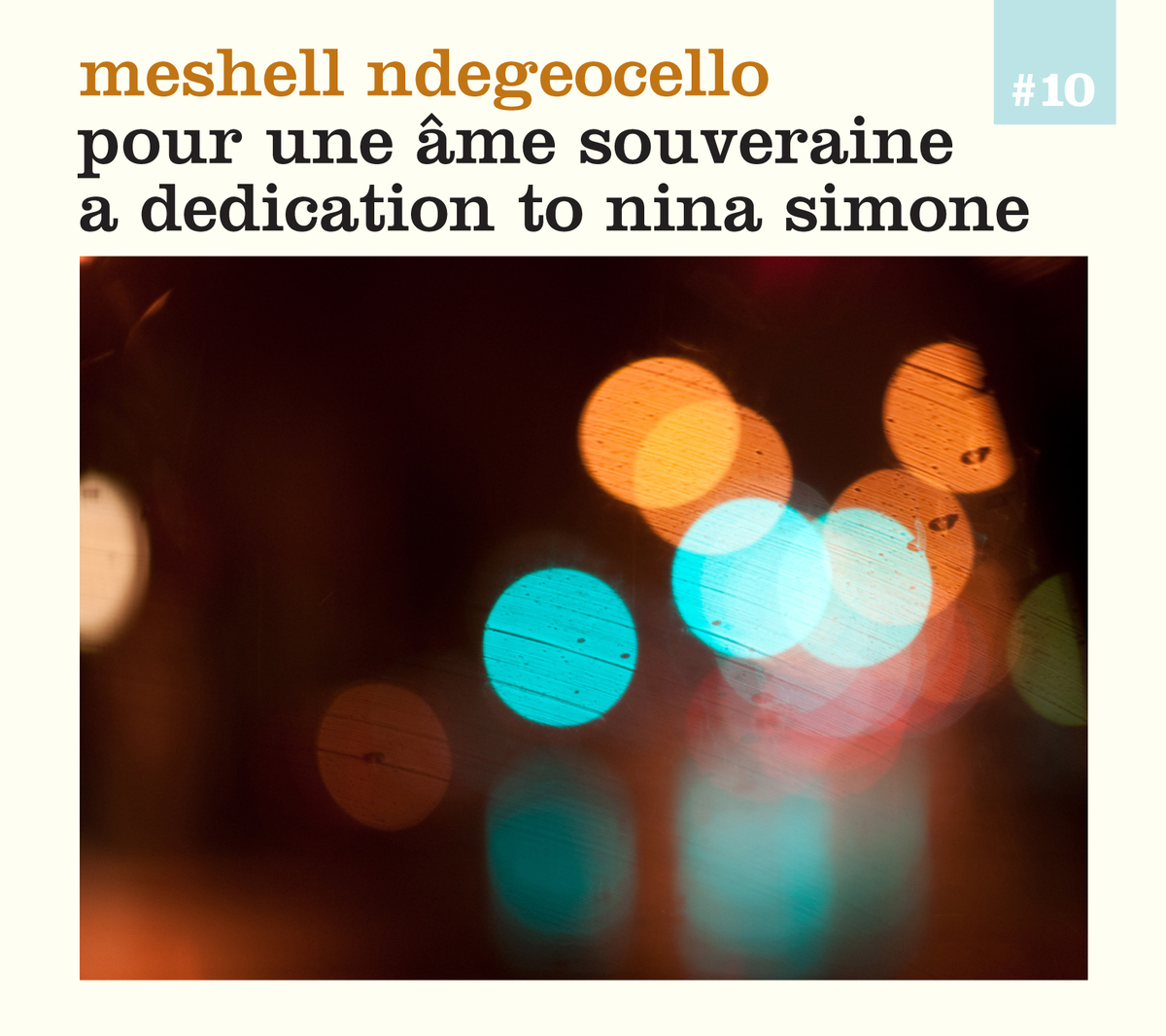 Modern twists and turns were the order of the night as Ndegeocello opened her concert at the World Cafe in Philadelphia last week with Simone's lesser known, "Be My Husband." I've often considered this tune, written by Simone's ex-husband Andy Stroud, who passed away this July, more a work song than wedding ballad, a fitting expression of the emotional labor and psychological toil that defined their nine-year marriage.

Ndegeocello replaced the synchonized handclaps of Simone's version with a heavy percussive beat and electrified guitar, and her steady chant "Be my husband man I be your wife" made the song relevant for a new era of sexual politics. Her sly movement between pronouns is classic Ndegeocello — she's been known for celebrating her bisexuality and gender fluidity long before Frank Ocean and Lady Gaga made it more fashionable. When she followed this song with "Revolution," Simone's 1969 take on The Beatles' famous song, she both queered and further radicalized Simone for the next generation. In her hands, "Be My Husband" suddenly became a more seductive anthem for the marriage equality movement than "Born This Way."

Within the last two years, artists as diverse as Adele, Antony and the Johnsons, John Legend and The Roots, and Kanye West have covered, sampled, or claimed Simone as a source of inspiration. Recently, the actress Zoe Saldana, set off an internet firestorm when she was cast in the title role in the upcoming biographical film Nina.

But Ndegeocello's has always been Simone's heir apparent. Ndegeocello, like Simone, has dared to cross musical boundaries, express bold politics and be a steadfast presence as an African American woman instrumentalist in a male-dominated music scene.

"Simone is our people's Bach," she told me in an interview before the show. "She is the foundation for making popular music interesting and her activist side makes her a heroine to us."

With a figure so compelling, song selection was no easy task. "It was important for us to pick some songs that weren't so famous and some songs that she wrote so her estate would get the royalties," Ndegeocello's guitarist and the album's co-producer, Chris Bruce, told me backstage. So while selections like "Four Women," "See Line Women" and "To Be Young Gifted and Black," are classics, other songs she covers on Pour Une Âme Souveraine, like "Either Way I Lose" and "Turn Me On," are cult favorites.

Ndegeocello and her band also modernize Simone for old fans and new listeners by collaborating with post-civil rights musicians, that generation of artists who actually came of age during Simone's decline. Pour Une Ame Souveraine features friends like Toshi Reagon and Lizz Wright, an unexpected Sinead O'Connor and Cody ChesnuTT, and Ndegeocello encouraged each artist (and listener) to shape the song according to his or her own aesthetic.

And it is on "Feeling Good" that she achieves this feat for herself.

In contrast to the soaring rhetoric of a cover by Michael Bublé and a breakout version by X Factor thirteen-year-old Carly Rose Sonenclar this September, Ndegeocello striped the song down to what she describes as, "'Feeling Good' with a question mark."

With her band — Bruce on guitar, Jebin Bruni on keys and Michael Jerome on drums — she keeps a mesmerizing pace, veering the mood from traditional pop to trance. In the tight, shadowy atmosphere of the venue, the song bore a cautious optimism, capturing the nation's mood after two wars, a great recession and on the eve of an embattled presidential race.

This still didn't stop one outspoken Ndegeocello fan from begging during the show, "Play one of your own songs."

Both on the album — her tenth since her 1993 debut, Plantation Lullabies -- and in live performance, these songs all fit neatly in the Ndegeocello pantheon. As long as her career has been (over two decades) and diverse as her music has been (funk/hip hop/jazz/neo-soul/pop/rock), Ndegeocello has a signature sound. The dark, breathy quality of her voice, tied to her pensive bass and poignant lyrics, turn each of her songs into part atonement, part lament and part seduction.

She closed the show with the song that opens the album, a mildly melancholic and alluring cover of "Don't Let Me Be Misunderstood." While the band does little to alter the original melody; she sings slightly above a whisper, slowing the song down and turns Simone's existentialism into a confessional. "This is my anthem," she said in front of an excited crowd.

A fitting tribute to an icon that was unappreciated in her time by an artist who is always ahead of hers.

Salamishah Tillet is an Assistant Professor of English and Africana Studies at the University of Pennsylvania and the co-founder of the non-profit organization, A Long Walk Home. She is the author of Sites of Slavery: Citizenship and Racial Democracy in the Post-Civil Rights Imagination and currently writing a book on Nina Simone.