Accessibility links
'Nashville' Duets: Voices In Harmony And Conflict : The Record The new hour-long TV drama gets plenty about Nashville's music scene right, and one of its best features is the way it uses the duet, a classic country music form, to reveal how musical values connect to bigger ones, like honesty, loyalty and ambition. 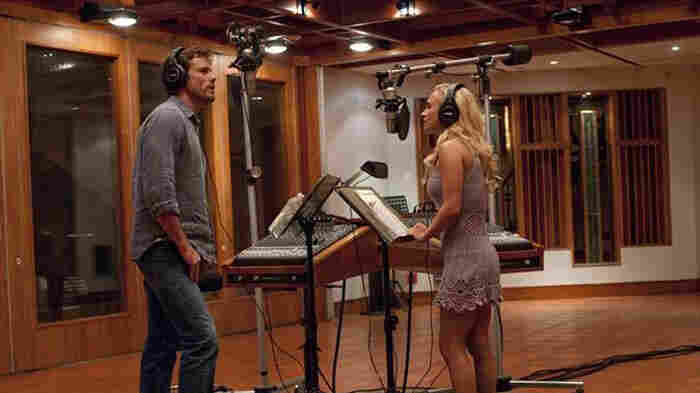 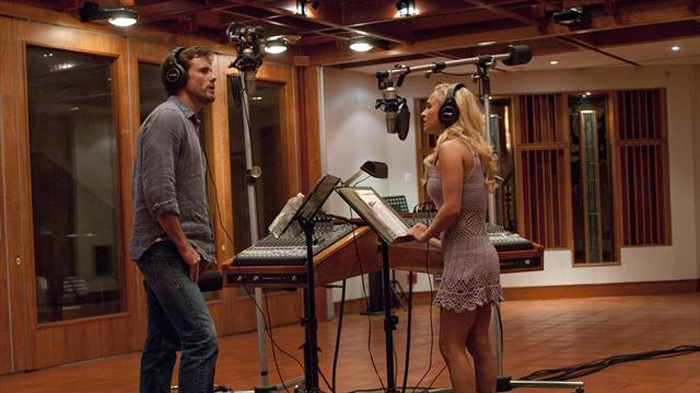 As a fan of both country music and set-your-DVR quality TV, I've been getting a lot of pleasure from the new ABC series Nashville. Critically acclaimed, with a top-shelf cast (could the cult of Connie Britton get any bigger?) and creative team, it's a luxury soap with the added benefit of being set in one of the 21st century's most fascinating music cities. Mainstream country built the historic aura and still underpins the tourist appeal of Tennessee's capital, but as the music biz continues to implode and resurrect itself, this industry town is changing too.

Nashville the show gets at the heart of Nashville the place by visiting nearly every corner of its creative class. Though the overall story could have been lifted straight from Dallas (along with the fabulous sulky glare of Powers Boothe's very J.R.-like Bad Daddy character), the details hone in on how the characters' lives are shaped by their different approaches to songwriting and song-selling.

There's an Opry-connected old schooler looking to stay relevant by connecting to young talent. A baby boomer troubadour finds himself torn between the traditionalist chart-topper he's loved for years and the pop upstart who washes down her twang with a Big Gulp of pop. There's even a Jack White type lurking around the show's edges, waiting for Southern rock (the hipster variety) to finally rear back again. These folks love and fight in a changing city where two versions of country — the mainstream, corporate kind and the one lately dubbed Americana — intersect and challenge each other.

One virtue of Nashville is that it doesn't pin down these categories; most characters have allegiances to both, in one way or another, and try to find credibility while benefitting from both. Another — and, for me, the best thing about the show so far — is the way its originators use a classic country music form, to both push the plot along and ground it in music-making itself.

That form is the duet. From the spontaneous perfection of budding lovebirds Gunnar and Scarlett (a pair clearly modeled on the perfect matched, though platonic, partnership of The Civil Wars) to the mercenary flirtatiousness of Juliette roping hapless old Deacon, to the melancholy devotion shared by Deacon and his longtime flame Rayna — and even including Rayna's daughters, with their YouTube-ready sister act — the duets that dominate the soundtrack of Nashville matter more than any spoken dialogue. They flesh out relationships and define characters, make the creative process sexy and reveal how musical values connect to bigger ones, like honesty, loyalty and ambitiousness.

A country music staple since the dawn of its existence, the duet has always expressed the genre's evolving attitudes about love and family life, but also about what matters in a great song (check out six great examples in the playlist at the bottom of this page). Early on, family harmonies dominated as duet partners fleshed out the characters in their songs together. Then came the ers of great, bankable country couples — Dolly and Porter, Conway and Loretta, and most of all, George and Tammy — and dialogue took over. Duets became vehicles for examining the changing balance of power between men and women, often reflecting the real life working relationships or even marriages of the singers who gave them life (not coincidentally, this is the same subject matter that makes up most of Nashville's non-musical plot lines).

As what would become Americana emerged from the rootsier side of countercultural rock, the balance shifted again. Close harmonies, part of every duet, returned to the forefront in the songs of Gram Parsons and Emmylou Harris, whose sound has been more influential than any other on the Americana style. The only kind of marriage their partnership idealized was a musical one: Gram and Emmylou stood for a more egalitarian moment in which women and men could work together without necessarily playing the game of romance.

Most country duets get their life either from dialogue or from harmony, though nearly every one contain elements of both. Dialogue represents power struggles and seduction; harmonies stand for family feeling and deep love. Harmony seems natural — in Nashville, moments of exquisite vocal blending signal bonds that can't be denied, like Rayna's and Deacon's. Dialogue, like the one Deacon playfully shares with Juliette in their duet, stands for playfulness, truth-telling and challenges to the status quo.

Nashville isn't the only country powerhouse currently employing the duet form to great effect. On her instant blockbuster Red, Taylor Swift has two duets — the first ones of her studio recording career. She chose two scruffy English dudes, Gary Lightbody of Snow Patrol and acoustic-pop upstart Ed Sheeran, as her collaborators. Most critics have read this as yet another sign of Swift abandoning country. What's interesting, though, is that Swift's duets are in the classic mode: they're dialogues, one about the spicy start of a relationship, the other about its inevitable end. As she strives to redefine country in a new era when the genre really seems to be transcending its own boundaries, Swift has given a loving gift to the tradition she's constantly pushing against by reminding her fans what a good old lovin' and fightin' song can do.