Accessibility links
How Much Does Crowd Funding Cost Musicians? : The Record Two bands, Los Angeles-based A House For Lions and Maine's The Mallett Brothers, add up what they've spent while asking you for money. 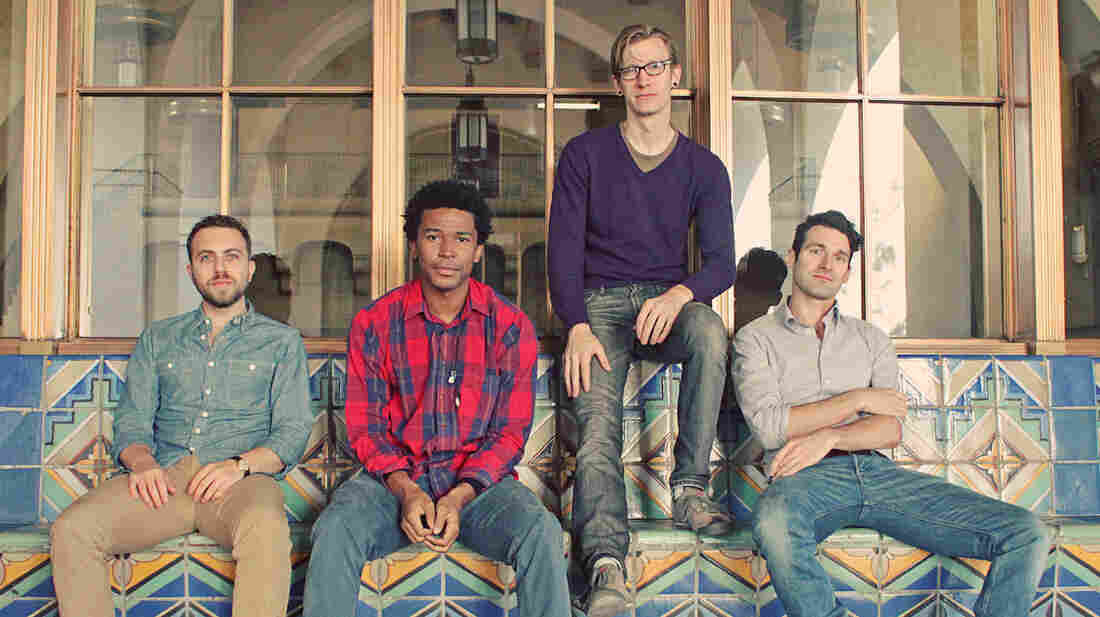 A House For Lions is, from left to right, Mike Nissen, Daniel Norman, Eric McCann and Joe Luisi. Courtesy of the artists hide caption 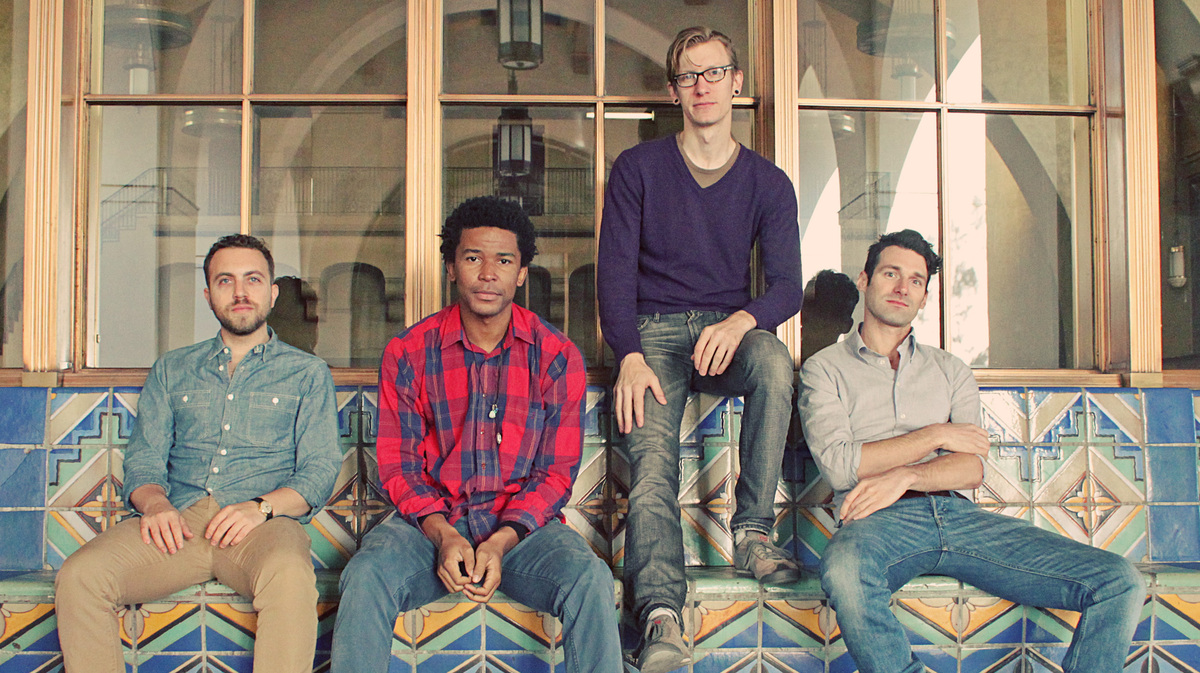 A House For Lions is, from left to right, Mike Nissen, Daniel Norman, Eric McCann and Joe Luisi.

Crowd-funding campaigns for musicians hit the spotlight this year when Amanda Palmer raised more than $1 million for her latest album through Kickstarter. Palmer drew fire when she revealed how she was spending the money — a lot of it wasn't going to actually making music, but to the Kickstarter campaign itself. I spoke to two bands running crowd-funding campaigns through different platforms to find out how much it's cost them to ask you for money.

In the video the band A House for Lions made to advertise a crowd-funding campaign for its debut album, the musicians ask little kids, or, as they call them, "potential investors," for, well, funding.

"It's a pitch video really," says Mike Nissen, who plays guitar in the Los Angeles-based band. "Every crowd-funding project nowadays has some sort of intro video where you kind of make your case or present your product."

A House for Lions is presenting its campaign on its own site using Ignition Deck, which is different from Kickstarter. It's a software plugin that charges a one-time fee. But the band has to run everything. And this band didn't have to pay for what is usually one of the bigger costs — their video — because they have friends at a production company, says their manager, Allie Shaw.

"I actually researched what that same video would have cost had they charged somebody for that," she says. "And it would have cost probably between $3,[000] to $4,000 to make that video."

The band saved money in other ways. Nissen is a graphic designer when he's not onstage. So he came up with the band's T-shirts, posters, album covers and website. Normally he gets $40 an hour, which means, after two weeks working on the campaign, he donated $3,200 of work to his own band. And Shaw is working for free.

"For me it's been a totally pro bono, invested passionate project that's been going on for almost a year, I think," she says. "But they're gonna pay big when they're bigger!"

The band couldn't get everything on the cheap. It paid to have their shirts and tote bags printed, and now the musicians have to pay to mail them out. With the $13,000 they've raised so far, they have just enough money to offset the cost of running their campaign — plus pay for a producer, studio time and an engineer to mix and master their album.

If A House for Lions had to pay for its video and product design, the musicians would have come out in the red. If they'd been signed to a traditional deal with a record label, they would be fronted the money to record an album, but they'd have to pay it back, and the label would take a piece of every income stream. In the crowd-funding model, the band sets all of the terms. If fans agree to them, then all the band has to do is fulfill its promises.

"Aside from raising the money," says Nissen, "it really is an exercise in engaging with your fans and having a conversation with them and getting them involved."

A House for Lions is a new band, playing mostly in Los Angeles. The Mallett Brothers, on the other hand, have been playing throughout New England for three years. They hit New York City in October.

The Mallett Brothers are Luke and Will. They play with four other guys. In September, the band started a campaign with Pledgemusic that they've been running while on the road. 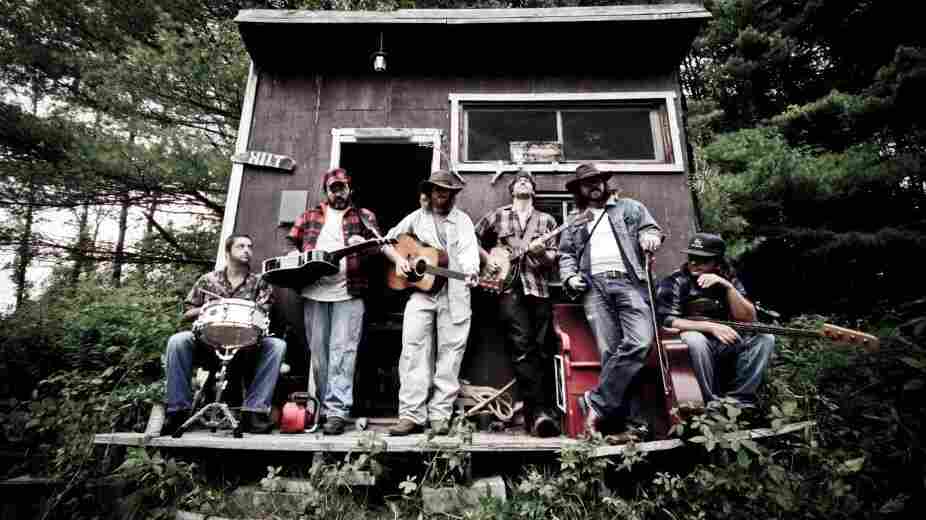 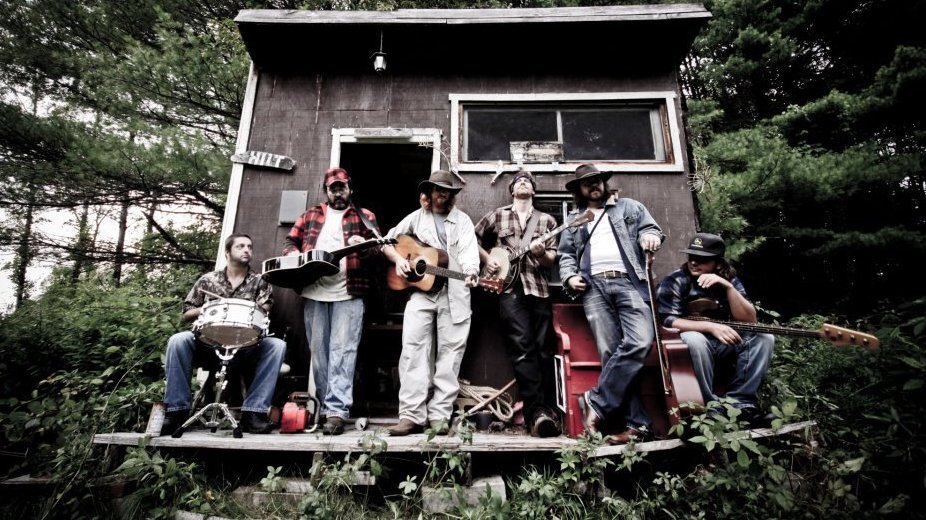 "We're a moving communications station right now in our van," says Luke Mallett. "We generally all have our phones out at any given time. We can update every day."

"I just ordered more copies of our last album while we were driving down here," says Nate Soule, who plays guitar and does most of the managing and booking work for his band.

The band has already released two albums, which they paid for out of the money they make sweating onstage. "The crowd-funding thing is a lot like online busking," Will Mallett says. You put out the hat and hope people walking by like what you're doing enough to drop some change. But he also says it's not quite so simple for some of their fans.

"Some of our older fans didn't understand this whole thing. They're like, 'Can I just give you guys a check? I don't want to go some thing.' And we try to explain to them how it works."

But "this whole thing" is the meat of crowd funding. Everything from the length of a campaign to the type of rewards bands offer in return for different amounts of donations are all designed to pull the fans closer. Those incentives, as they're called, will cost the Mallett Brothers $600 to $700 to make.

They've already spent more than $3,000 to shoot videos and record the first singles from the album. All told, the musicians are in for more than $5,000 just running the campaign, and another $11,000 to make good on their promises to deliver the album and rewards. That means they're a few thousand dollars in the hole.

But between all the gigging they do, this band has another income stream. The funny thing is, Mallett Brothers fans seem more interested in the incentives that don't cost the band anything to make.

Both the Mallet Brothers and A House for Lions say they would have made their albums even if their crowd-funding campaigns didn't succeed. But this way — when strangers take a chance on them, and the musicians come through — they've brought the fans into the van.