Accessibility links
Hearing A Mother's Song After Tragedy : The Record Listening to Natalie Maines' cover of Pink Floyd's song "Mother" in the aftermath of the Newtown shootings made sense. Maines released her version, which takes the sting out of the song by showing the vulnerability in each of its characters, on the soundtrack of a movie about the West Memphis Three. 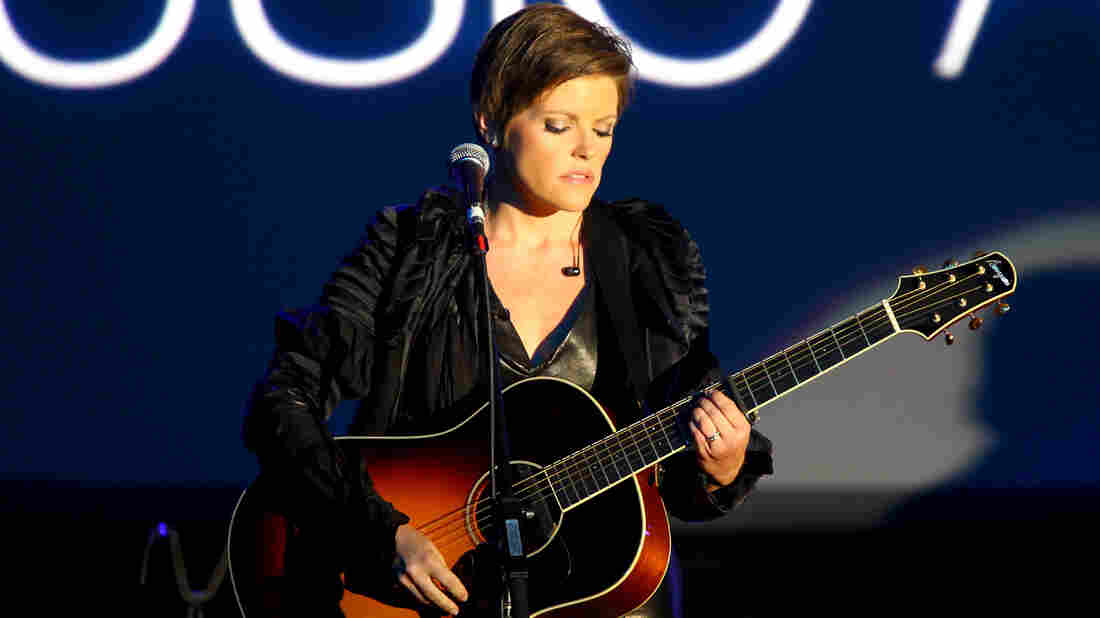 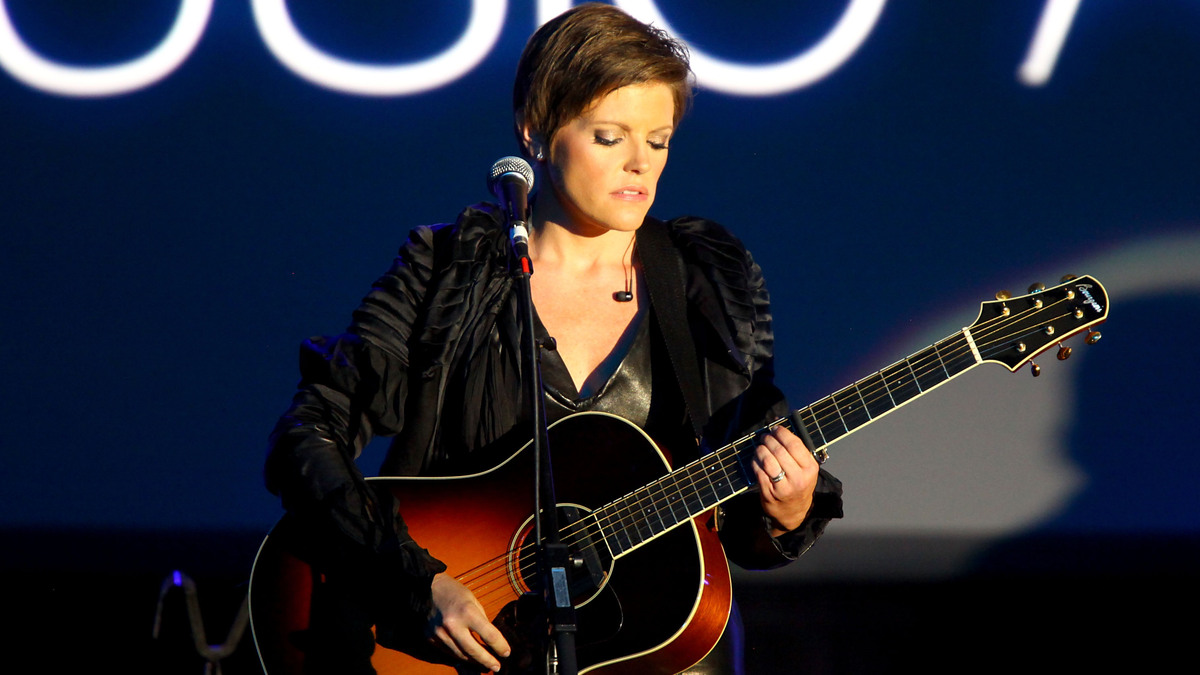 I first heard Natalie Maines's version of "Mother," the Pink Floyd song, while sitting alone in my car on a particularly difficult Saturday morning. It was the day after Adam Lanza took his mother's guns into Sandy Hook elementary school and wreaked destruction, and like many people across America, I'd spent most of the previous day trying to grasp what had happened. I really mean grasp: like so many tragedies that don't involve me directly yet engross me as they unfold in raw, real time on the Web, this one quickly became a spectral burden that was difficult to shake.

I couldn't stop thinking about what had happened in Newtown. Yet I also couldn't feel anything that seemed right. I didn't know those kids or the adults who died trying to save them, so my grief was non-specific and honestly felt somewhat hypocritical. As for outrage? That had seemed like the right response at first. But as the arguments piled up in great, giant heaps, with righteous opinionators loudly declaiming about gun control and mental health and even religion, I kept thinking that I needed some quiet – a moment to figure out how my actual experience related to this distant and, to me, virtual reality. 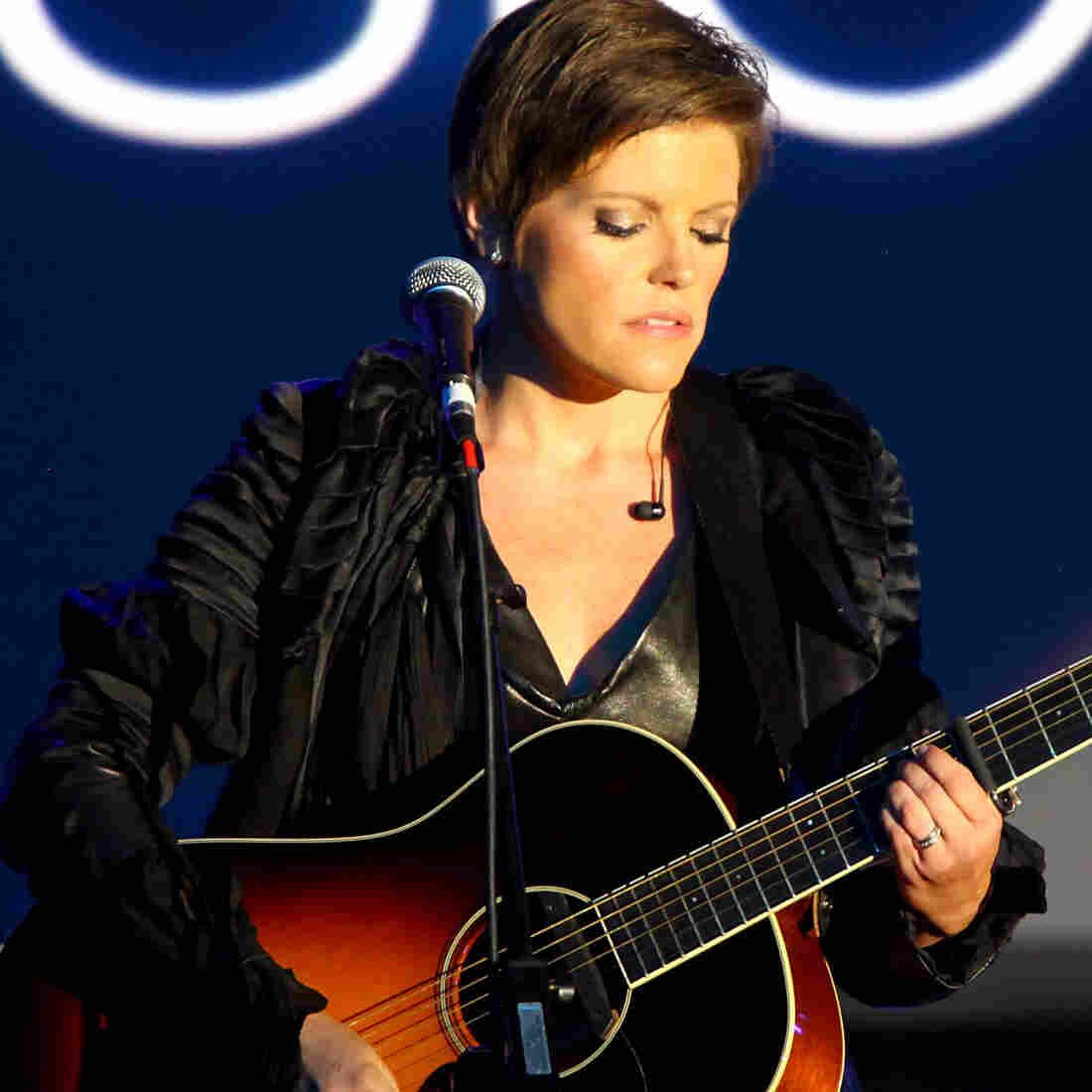 Listen to "Mother" by Natalie Maines

Maines, interpreting a song I'd long found problematic, gave me a provisional answer. One one level, her reading of Pink Floyd's "Mother" seemed to apply directly to recent events: here was a song about a child driven to deeply question, even violently reject, his mother's love. The album where i discovered the song put it in another context, one evocative of the newtown killing, but really very different. And the way Maines shifts the meaning of "Mother" by singing it led me somewhere else entirely — toward the space of forgiveness i so hoped to find.

The Dixie Chicks singer started performing "Mother" in public last summer, joining Ben Harper, who's producing her upcoming solo album (also called Mother) on a few of his tour dates. It's now featured on the soundtrack to the new documentary West of Memphis., which recounts the story of a different kind of infamous tragedy. In 1993, three young boys were murdered in West Memphis, Arkansas; three teens were convicted on flimsy evidence and a likely coerced confession. The story of the imprisoned young men (who became known as the West Memphis Three, and were released in August after nearly two decades of appeals) has become one of the best-known illustrations of mangled justice in contemporary America. Maines and many other celebrities took of the cause of the West Memphis Three, raising awareness and making contributions that helped lead to trio's eventual liberation.

West of Memphis, directed by Amy Berg and coproduced by WM3 member Damien Echols and his wife Lori along with Middle Earth master Peter Jackson and his partner Fran Walsh, tells the full story of the crime and its aftermath from the perspective of the wrongly imprisoned men. The soundtrack includes contributions from man of the WM3's famous longtime supporters, including Eddie Vedder (whose tender "Satellite" was inspired by Damien and Lori's prison romance), Nick Cave, Patti Smith and Johnny Depp. Maines's song stands out, though. It's traveled a long way from its original setting within Pink Floyd's concept album The Wall, and in the singer's hands, it comes to mean something new and complicated.

The original "Mother" was a stoned singalong favorite during the dropout afternoons of my own youth. Released in 1979, it was a centerpiece of The Wall, a concept album about one man's slow death at the hands of a conformist culture that any kid who felt oppressed by school or their families or, really, anything, could embrace. Turned into a 1982 film starring the doe-eyed semi-punk Bob Geldof, The Wall gave kids like me, ready to rebel not quite certain about which specific protest movement to embrace but sure we needed to rebel, a kind of primer in what was wrong with society. "Mother" laid out the first big problem: domineering mothers.

Natalie Maines is a mother, however, and her interpretation of Roger Waters's lyrics helps the original becomes something new — something bigger, I think. In Pink Floyd's version, Roger Waters sings the part of the boy revealing his night terrors; David Gilmour, singing as the mother, is prissy and cruel, restricting his reach. Maines leaves the song's vaguely misogynist lyrics intact, but her plaintive, tender reading, intertwining with Harper's equally gentle guitar lines, reveals the terror and helpless yearning that feeds the effort to control. Freed of the male voice that made "Mother" into a diatribe against femininity, Maines's interpretation becomes a tender acknowledgment of how fear can entrap all of us, even when we want to do nothing but love.

"Mother" fits within a retelling of the story of the West Memphis 3 because it's about how people become trapped by their own preconceptions. Culturally motivated closed-mindedness is one thing that kept three young men who, to some, looked like trouble behind bars for so long. "Mother" also resonates with the events at Newtown, but in ways that can be risky. The song might conjure thoughts of Adam Lanza, who killed his own mother first, for reasons we may never know. Did he consider himself imprisoned? Was he trying to break free?

That's not what I thought about, though, as I idled my engine in the supermarket parking lot and played Maines's "Mother" three times through that Saturday. I contemplated my own fears as a parent, exacerbated by the horrible event that had taken place so far away. The song didn't hit like an accusation just then; more like an admission of shared vulnerability. Maines's unadorned singing reminded me of how hard it is to live in the open, and to accept the likelihood of pain that's intertwined with the possibility of happiness. Why wouldn't we build walls out of our own prejudices, opinions, and anxieties? They feel like home.