Accessibility links
'The Chronic' 20 Years Later: An Audio Document Of The L.A. Riots : The Record Our series about rap's greatest year begins with the album that drew directly on cultural and social upheaval to make one of the most popular rap albums of all time. 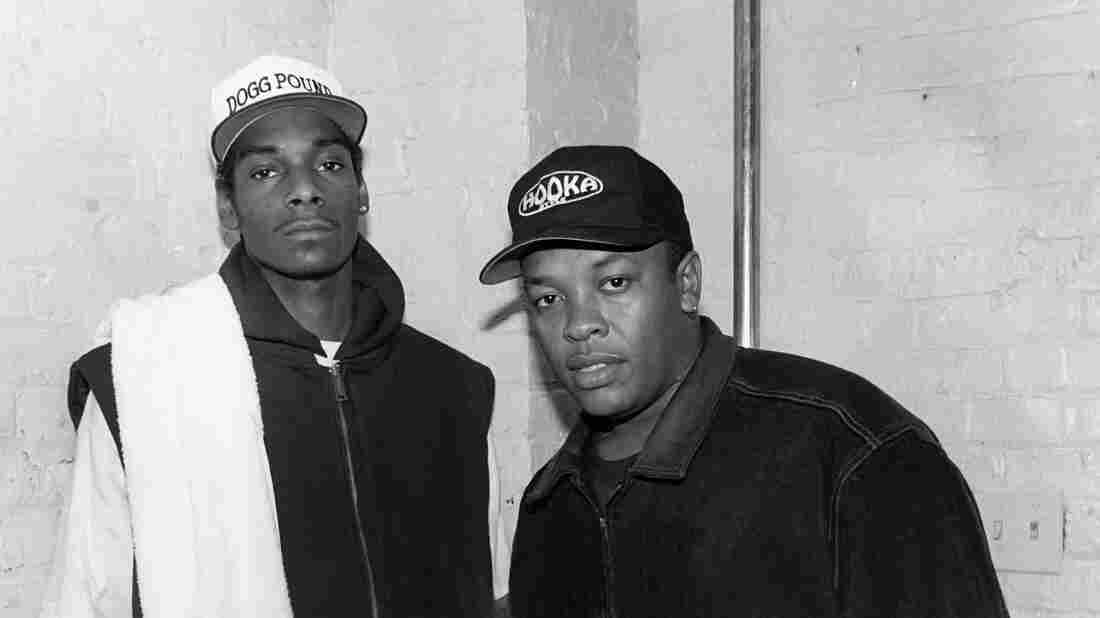 Dr. Dre (right) with Snoop Dogg, who played a starring role on Dre's The Chronic. Here they pose after a 1993 performance in Chicago. Raymond Boyd/Getty Images hide caption 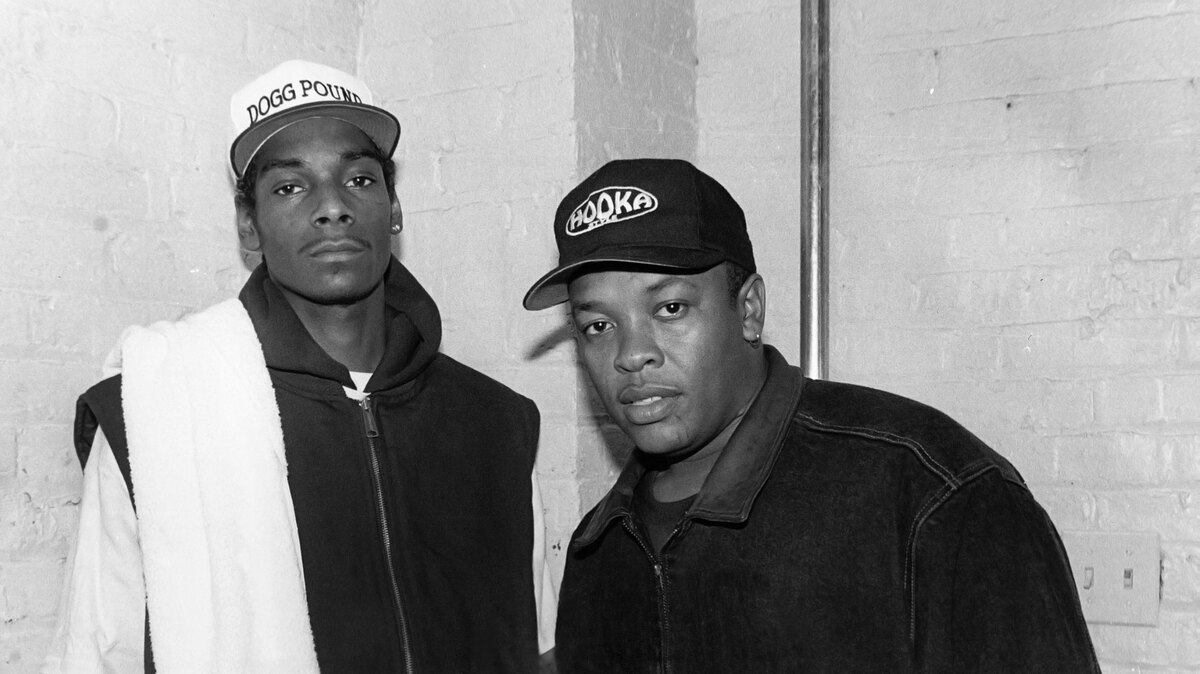 Dr. Dre (right) with Snoop Dogg, who played a starring role on Dre's The Chronic. Here they pose after a 1993 performance in Chicago.

Advisory: The videos on this page contain profanity.

This year marks the 20th anniversary of a remarkable year in music. Over the 12 months of 1993, the Wu-Tang Clan, Snoop Dogg, Queen Latifah, A Tribe Called Quest, Salt-N-Pepa and more than 20 other rap groups released albums that helped change the sound of America. The flowering had roots in the cultural and social upheaval sparked by the Los Angeles riots the year before. Our series about rap's greatest year begins with the album that started it all by drawing directly on the riots: Dr. Dre's The Chronic.

In January 1993, there were still burned-out buildings in South Central Los Angeles. It hadn't been a year since the acquittal of four police officers in the videotaped beating of Rodney King. Anger at the verdict had not cooled, and you could hear it in the music on the radio, in songs like "Nuthin' but a G Thang" and "Dre Day," singles off Dr. Dre's solo debut, released mid-December, 1992.

Dr. Dre's The Chronic was in part a response to the riots, but its incendiary sound began long before the first match was lit. Five years earlier, his previous group, NWA, put out "F- - - tha Police." Dre made the beat, and Ice Cube took the first verse.

NWA's tales of police brutality were not only prescient — they were also common knowledge, according to Matthew McDaniel, who was an intern at KDAY, then a Los Angeles AM station devoted to hip-hop. He was also a filmmaker who interviewed just about everybody in the L.A. rap scene.

"This is what was happening," he says. "This was the relationship with the cops and young black people, young Mexicans, and nobody seemed to care to even talk about it. So when they stepped out with that one, it was like, 'Oh, my God.' "

The song was still huge when the Rodney King verdict came down on April 29, 1992. The city erupted.

McDaniel made a documentary about the six days of chaos that followed the verdict. His camera captured furious Angelenos, and one man in particular: "Damn it, you need to step your punk ass to the side, and let us brothers, and us Africans, step in, and start putting some foot in that ass!"

McDaniel never got that man's name, but he says he listened to the clip over and over again. "I think he represented a million people that day," he says.

And there was another man. While he's speaking, he lifts a toddler onto his shoulders: "I'm gonna tell you right now. If I have to die today for this little African right here to have a future, I'm a dead motherf- - -er."

McDaniel says he knew he had powerful tape. He called Ice Cube's office and played him the 12 minutes he'd recorded in front of the First AME Church. Nothing came of it. A month after the riots, a promoter named Doug Young told him Dr. Dre was working on a new album.

"At that point in time," he says, "you could just call Dr. Dre up on the phone. Not so easy for people now. Anybody, you could just get Dre's number, call him up, he'd pick up the phone, 'Hello.' "

No, it's not so easy now. Dr. Dre wasn't interested in speaking to NPR, but in 1997 he did give an interview to the makers of a documentary called Rhythm and Rhyme.

"The music talks about crime, violence and drugs because it exists," Dr. Dre says in it. "For me, it's nothing political to it. Some people involve it in politics or what have you, but for me — I love doing it. And it also makes money. It's gonna better my life and my family's life."

This footage was shot by Matthew McDaniel in 1993. In it, Dr. Dre and Snoop Dogg can be seen working in the studio and performing songs from The Chronic shortly after the album was released.

Dre wanted to make an album that people would like enough to buy. He wound up using pieces of McDaniel's footage from the riots in not one but two songs: "Lil' Ghetto Boy" and "The Day the N- - -az Took Over."

The hard-edged album made millions for Dre, his label and the record stores that sold it. It was arguably the first rap album to reach well beyond the rap audience. But, filmmaker McDaniel says, back in 1993, not everybody was happy about rap's growing popularity.

"People's parents," he says, "like, 'Don't listen to that!' For one reason or another, racial reasons, cultural, the differences in generations. My family, I was the youngest out of six. And nobody — nobody — appreciated it."

But McDaniel says The Chronic is still worth listening to, even 20 years later.

"It's a document," he says. "It's an audio document, with a lot of creativity and art and entertainment going along with it. Some people might think that that's wrong, but it's art, it's poetry. And it's supposed to have pain in it. You can gather that from listening to The Chronic — about the L.A. riots — you can feel it, you can kind of understand. And a lot of people agree that they captured it incredibly well."

McDaniel says the album doesn't have all the answers, and it didn't solve the problems of its time. It's low-riding party music, intended to provide an escape. It also gives voice to the frustrations borne of burned-out buildings, grinding poverty and a feeling that nobody cared.