Accessibility links
All The Singular Ladies: 6 Women At The Cutting Edge Of R&B : The Record After a year when men dominated the mainstream conversation about progressive R&B, a number of women are poised to take the mantle in 2013. Here are a few worth watching.

All The Singular Ladies: 6 Women At The Cutting Edge Of R&B

All The Singular Ladies: 6 Women At The Cutting Edge Of R&B 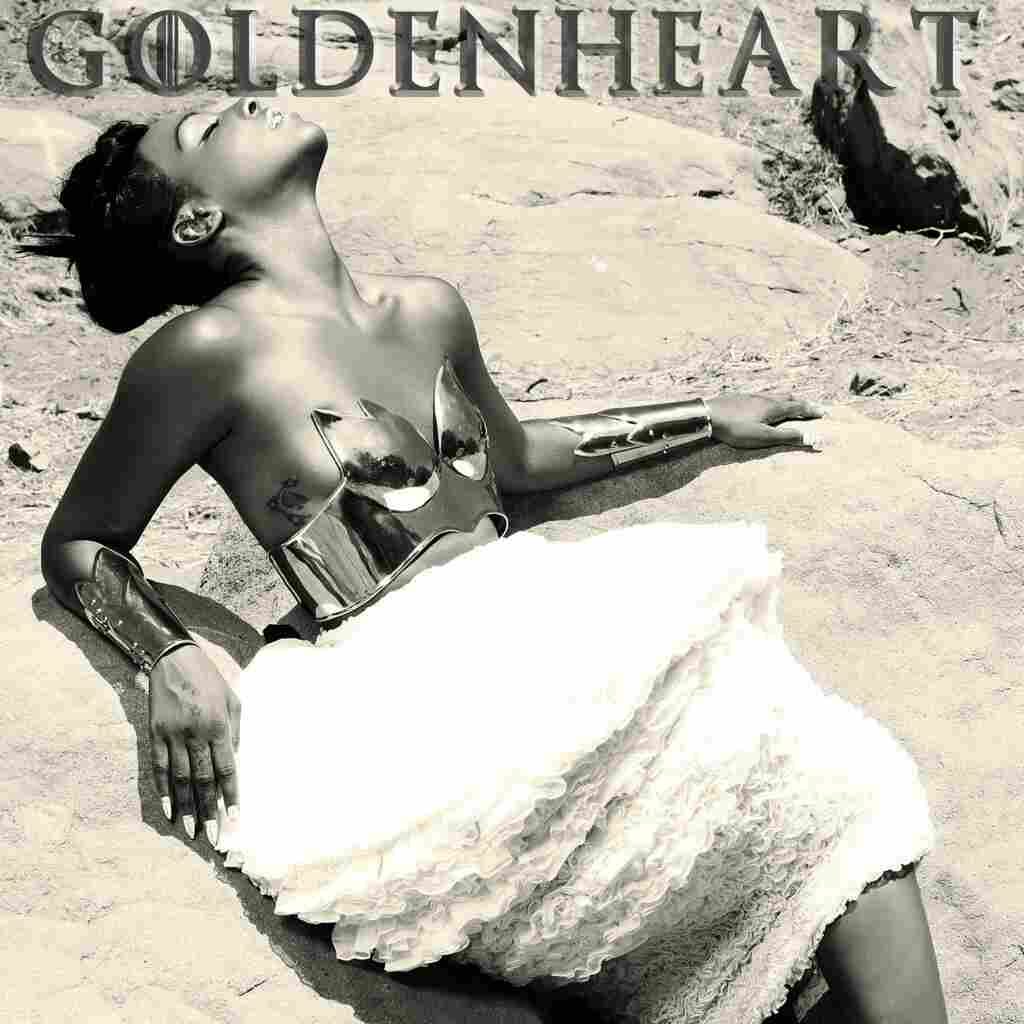 The cover of Dawn Richard's Goldenheart. Courtesy of the artist hide caption 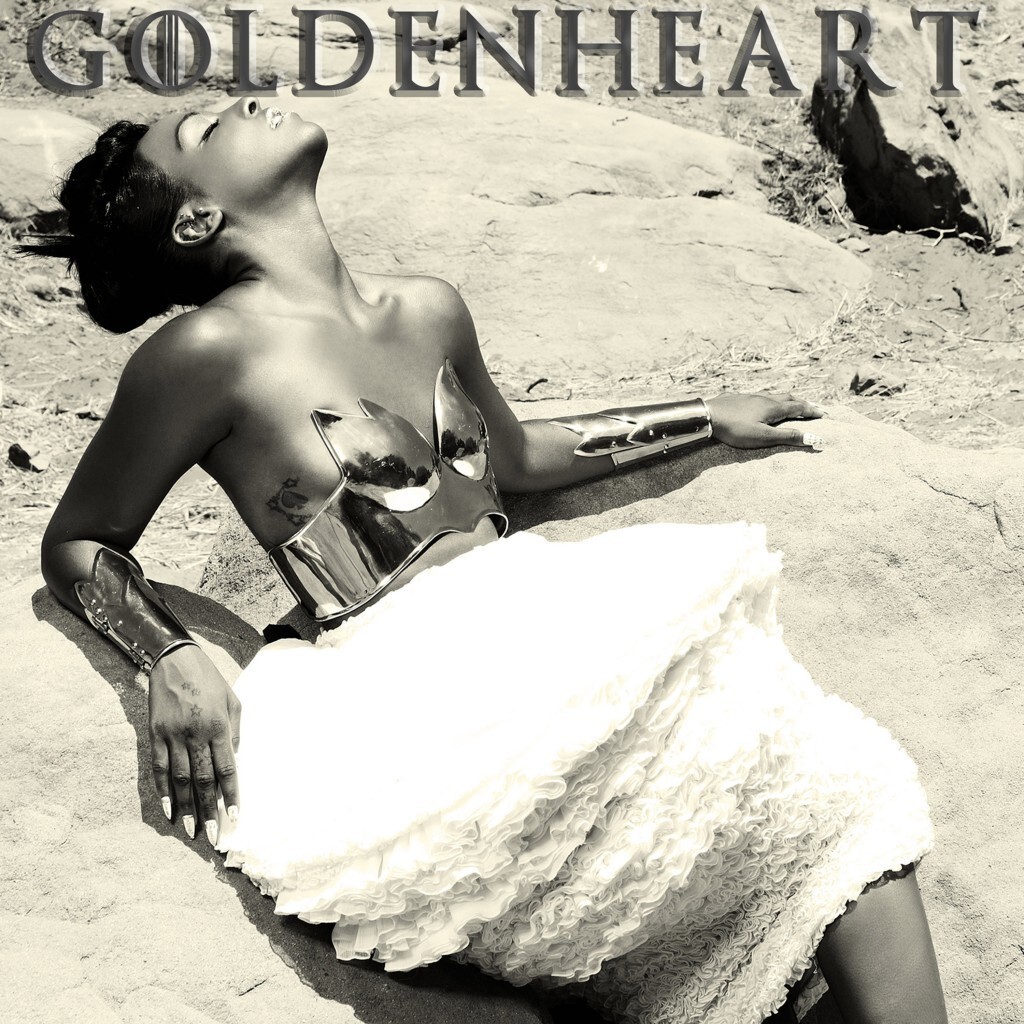 The cover of Dawn Richard's Goldenheart.

We're just verging on the second month of 2013, but I'm ready to settle on one of the most important music stories of the year: women of color taking over the mutating genre of progressive R&B. This prediction is also something of a corrective, since most of last year's talk about how this genre is changing mostly lauded male artists dismantling and reinvigorating the idea of the soul man, or white women who've found their own truths in the soul tradition. Frank Ocean, Miguel and The Weeknd deserve all the chatter they've generated; for that matter, so do the blue-eyed soul queens, from commercial powerhouse Adele to emerging dance floor chanteuse Jessie Ware. Yet to invoke a classic women's studies textbook: Not all the blacks in R&B are men, and not all of the women are white.

In 2013, it seems silly to have to make such declarations. After all, what is R&B if not a musical world that honors women's voices, women's concerns? Sometimes, however, sturdy stereotypes — the soul mama image that requires that female artists of color shout their hearts out like they're in church on the one hand, and on the other, the romantic image of the artist as a lonely, driven dude — can make it hard to appreciate women of color working beyond those boxes.

These artists challenge our preconceptions, not by abandoning R&B conventions but by showing how those elements might respond within other contexts, from indie rock to dubstep. Undercurrents of gospel and jazz abound here, as does the pop cool of the girl groups. What's most pronounced is a different stance — a desire to do something new, and to question what's expected not only of female singers but of all women. That willingness to be an odd girl out makes each of these artists part of a rich legacy that extends from Ethel Waters to Labelle, and from Sade to Missy Elliott. Here are a few women ready to remake R&B in 2013 — and this is just a short list of voices making waves right now, joining other notables like Cassie, Solange, Elle Varner, Nikkiya, Makeba Riddick and Ester Dean.

Reality television is about as far from artiness as culture gets; yet here's one talent who has transcended that realm to become remarkable. Richard first found fame as part of the MTV-generated girl group Danity Kane. Her mentor in that project was Diddy, the oft-derided hip-hop mogul; yet in subsequent collaborations with him, she pushed herself further and further. On her own, she's making R&B that's genuinely genre-defiant. Her new album, Goldenheart, is meant as much for the headphones as for the dance floor, playing on themes borrowed from comic books and space operas, with musical touch points like 1980s British art rock and 1990s trip-hop. A meditative work that transmits radiant heat, Goldenheart positions Richard as a heroine ready to write her own mythologies.

Like many of today's R&B challengers, Gordon began her career crafting chrome hits for stars like Flo Rida and (as it happens) Danity Kane. She's also found a beats connection with DJs like David Guetta and Steve Aoki. Gordon made one decent EDM-friendly album herself before embarking on a mix tape series that fuses the thoughtful humanness of Jill Scott with a synthier Europop sensibility. There's a warmth and immediacy to Gordon's work that draws you in. Whether she's exploring art rock (Kate Bush seems like a major influence on many of these young women) or mixing it up with other free spirits like the Oxymorrons, Gordon takes hold of the diffuse "progressive" concept and brings it down to earth.

This definitively fresh vocalist emerged from Seattle's rich, multicultural hip-hop community — a mixed-up milieu that goes far beyond what you've heard from Macklemore. Barely out of her teens, Jusmoni is a young mother and a singing rapper who speaks her mind on all things; she brings both wisdom and playfulness to her songs, and delivers them in a wily soprano reminiscent of Erykah Badu. Her recent work with producer WD4D has an experimental edge that's tempered by her enthusiasm and warmth — these songs come on like a hug and then turn around and give you a good talking-to.

When Gerrick Kennedy of the Los Angeles Times made Stacy Barthe's debut EP his No. 1 R&B pick of 2012, he made a risky comparison to Sade. Good ears. Another young but experienced songwriter (she has Britney Spears and Rihanna credits on her resume), Barthe shares one important quality with the queen of grown-up soul: She knows how to take her time. Her coppery alto obviously could blow through walls, but Barthe prefers to stay conversational, a tone that suits her intimations of sadness, longing and hard-won understanding. For one so young, she's able to express what it feels like to live a while.

A model and friend-to-socialites before becoming a recording artist, Finister sometimes evokes that most dangerous of influences: Lana Del Rey. She has declared herself obsessed with the gamines of the mod 1960s — especially Andy Warhol's tragically cool muse Edie Sedgwick — and her druggy, reverb-stained music seeks out the corners where hip-hop baller culture turns noir. It's a strange and sometimes disturbing pastiche, as Finister lends her light touch to violent scenarios. (Her cover of Cher's "Bang Bang," shaken up with some Mobb Deep, is something to think about.) Finister pulls it off by exerting extreme control — over her stories, her wavering but icy voice, and, in collaboration with interesting producers like SpaceGhostPurrp, the atmosphere she creates. One to worry about a bit, but watch.

As a teenager, Jade Alston got a gig backing up her fellow Philadelphian Kelis — an excellent mentor for a singer who wants to reach the mainstream without losing herself along the way. Alston's voice is sweet with just a pinch of pepper; she aims for accessibility, singing about everyday love and loneliness. But she's musically ambitious — in her "she-mixx" series, she takes on hits by everyone from Wiz Khalifa to Coldplay to A$AP Rocky. Alston's combination of real feeling and marketable smarts makes her one "alternative" R&B voice whose tones could resonate with plenty of people who've never heard The Weeknd.