Accessibility links
Why Al Walser Got A Grammy Nomination And Justin Bieber Didn't : The Record The voting rules for the awards almost always leave room for disappointment or confusion, but if you're willing to market yourself, you too could win a nomination. 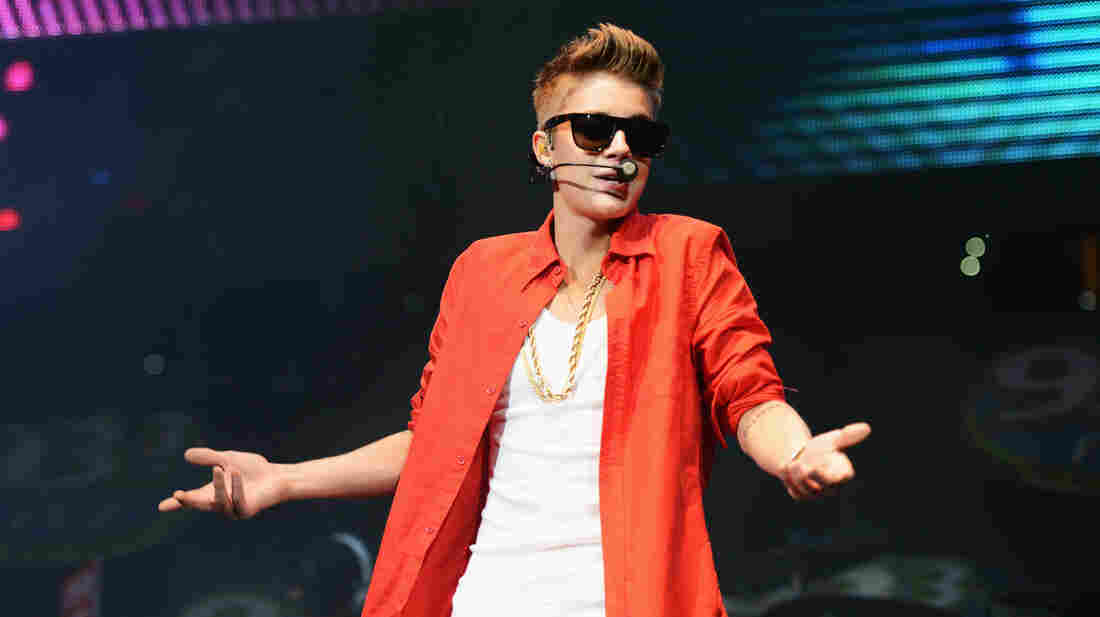 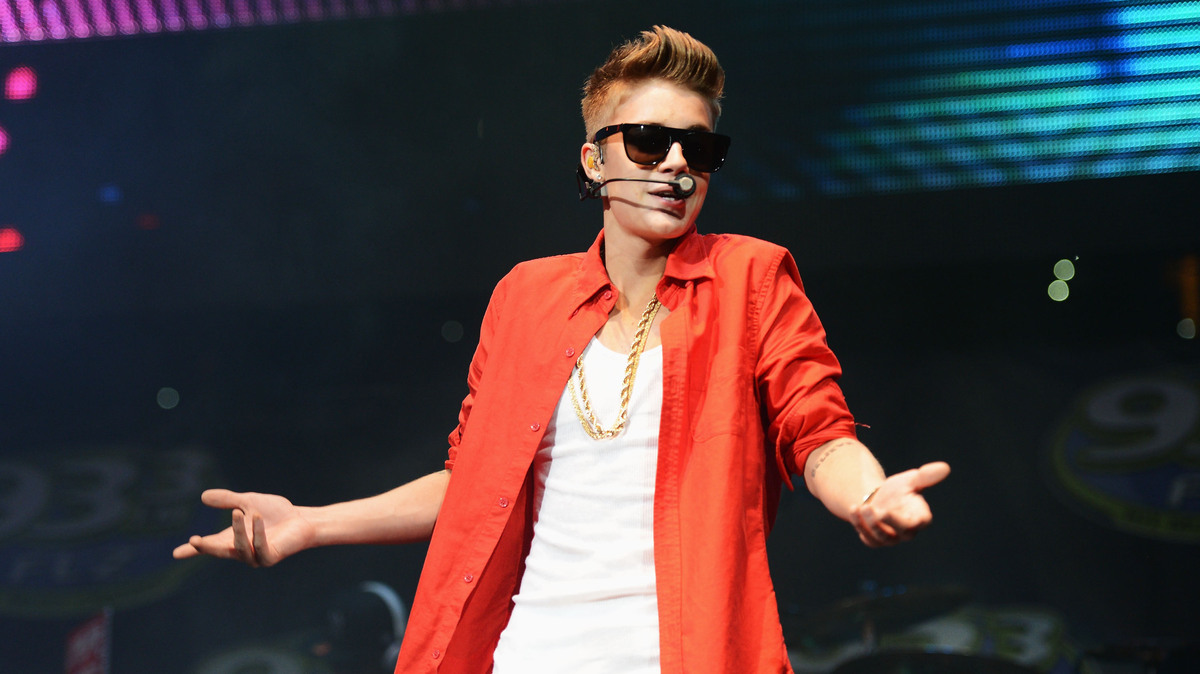 Justin Bieber on stage in December. Bieber's 2012 album Believe, despite selling over 1,000,000 copies, wasn't nominated for a single Grammy Award.

Among the hundreds of musicians vying for Grammy Awards this year is Al Walser, a Los Angeles-based disc jockey and singer whose song "I Can't Live Without You" is nominated in the best dance single category. Walser is not a widely known name — many Grammy nominees aren't — but he's competing in a category against some of pop music's heaviest hitters.

When the awards are announced this Sunday, Walser will go up against four songs — "Levels" by Avicii, "Let's Go" by Calvin Harris featuring Ne-Yo, "Bangarang" by Skrillex featuring Sirah and "Don't You Worry Child" by Swedish House Mafia Featuring John Martin — that have all appeared on the Billboard Hot 100 singles chart, topped the Hot Dance Club Songs chart or sold over a million copies in the U.S. Among people who watch dance music — and comment about it online — Walser's nomination caused a stir.

"People were like, 'Well, you know, I just wanted to listen to it because some people said how bad it is. It's actually not that bad,' " Walser told NPR. "Or some said, 'It's certainly not worse than the b.s. that is being played on the radio today."

Walser hails from the tiny country of Liechtenstein. In the 1990s, he played with a pop band called The Fun Factory. For the past seven years, he's been in L.A., DJing at the club The Vault. He has an internet radio show, "Al Walser's Weekly Top 20." A TV reality crew from Germany follows him around, and he Skypes with people around the world who want to remix his music.

"I'm the little engine that could, I guess," he says from the Los Angeles office. "I'm the underdog in so many ways because I'm independent, I don't have the millions of YouTube plays, and I'm not making $150,000 an hour."

Walser runs a company called Cut the Bull Entertainment. And he wrote a book for independent musicians advising them how to use Internet tools to "Make it Big." Tools such as search engine optimization — "how you can rank better in certain things, and how people can find you without knowing you," he says.

To get his spot on the Grammy ballot, Walser heavily marketed himself on Grammy 365, a private social networking website for voting members of the Recording Academy.

"The bottom line is he got the votes," says Recording Academy Vice President of Awards Bill Freimuth. "He was able to convince enough of our voting members that his recording was of a quality that deserved a Grammy nomination."

Freimuth says Walser sent out 7,000 emails on the site, poking members to listen to his song.

"It raised a lot of eyebrows," says Freimuth, "but we looked into it thoroughly, and there were no aberrations in what happened."

Walser is not the first person to aggressively lobby on Grammy 365. Last year, Linda Chorney claimed she put in 20 hours a day for six weeks to land herself a spot in the Americana category. Freimuth says the Academy is now considering tweaking the rules on how potential nominees can use the site.

This past year, he says, members were able to opt out of any email communications during the balloting season, so as to not get deluged with requests and posts.

Academy members are advised to disregard name recognition, sales figures and chart position of the artists and just vote on the quality of the music. But Freimuth admits that winning is not that simple. Every year the Grammys get about 17,500 entries, which the staff verifies for eligibility. For this year's awards, recordings had to have been released, purchasable or downloadable between Oct. 1, 2011, and Sept. 30, 2012.

The five entries with the most nominations in each category make it onto the ballot. But for specialized fields like country, jazz, classical, gospel, R&B, American roots and children's music, special committees select the top five nominees.

Then, each of the nearly 12,000 Academy members — singers, musicians, songwriters, producers, engineers, arrangers, art directors, etc. — can vote for album, song, record of the year and best new artist, as well as in up to 20 of the 77 categories.

And every year, the Recording Academy hears from someone who is upset.

After it was released last June, Justin Bieber's album, Believe, went platinum, topped the charts and even got some critical love.

But it didn't get nominated. Talking to Ellen DeGeneres on her show in December, the 18-year-old was philosophical, saying of the omission, "I would say it's definitely something I was looking forward to, but I know it'll happen one day."

Bieber's manager Scooter Braun was more bummed. On Twitter, he wrote, "I just plain DISAGREE. The kid deserved it. Grammy board u blew it on this one."

Bill Werde, editorial director of Billboard magazine, says a form of ageism could be to blame for omitting Bieber's work from his "blockbuster year," since it's a peer award and most of the Recording Academy members are older than the teen. Werde says the Grammys can't seem to win. "If you nominate artists who are commercially successful, then half the room says, 'Oh, you know, this is just about the sales and the money and the fame,' " he says. "And if you nominate artists like, for example, Alabama Shakes this year in the best new artist category, then people say you're going too critical and how can you miss the obvious? So it's a little bit tough if you're the Grammys. I think you're always going to leave certain people unhappy."

Among those unhappy folks who never won anything but a lifetime achievement Grammy: Diana Ross, Led Zeppelin, Jimi Hendrix, The Beach Boys and Buddy Holly.