Accessibility links
Saving The Sounds Of America : The Record It's not easy, even for audio recorded in the last 10 years. The Library of Congress has released a plan for preserving the country's long but fragile archive of recorded audio. 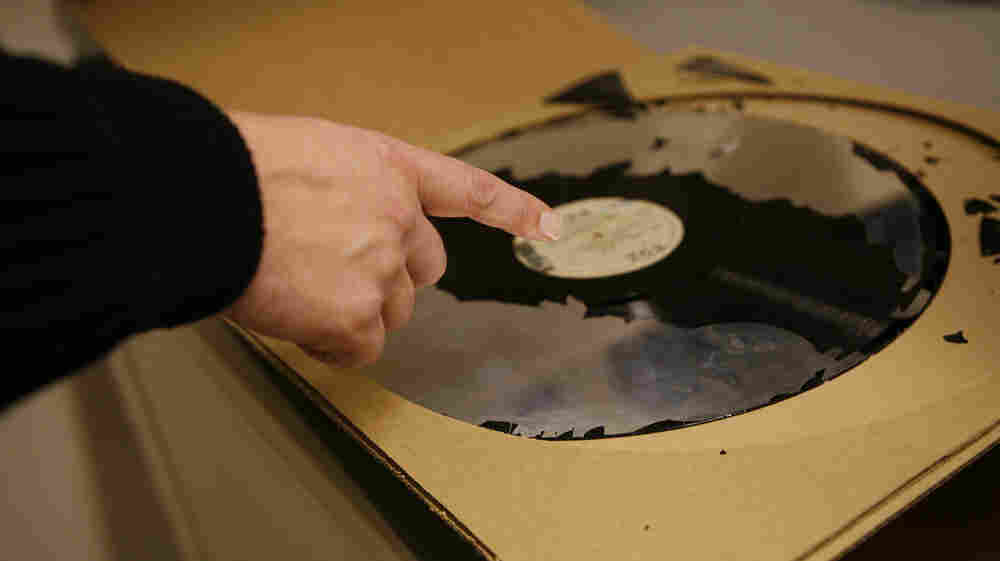 A 16-inch lacquer disc, a format used in the 1930s, from the collection of the Library of Congress. Most of the lacquer, the part of the disc where the sound was etched, has been lost to decay. Abby Brack/Library of Congress hide caption 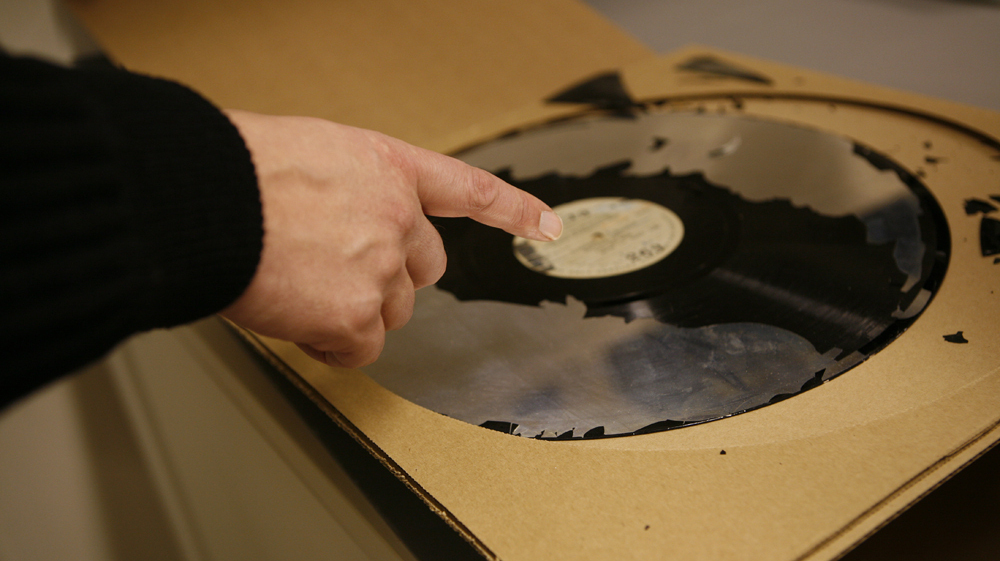 A 16-inch lacquer disc, a format used in the 1930s, from the collection of the Library of Congress. Most of the lacquer, the part of the disc where the sound was etched, has been lost to decay.

We've been able to record sound for over 125 years, but many of the recordings that have been made in that time are in terrible shape. Many more, even recordings made in the past 10 years, are in danger because rapid technological changes have rendered their software obsolete. So Wednesday, the Library of Congress unveiled a plan to help preserve this country's audio archives.

At the Library of Congress' Packard campus in Culpeper, Va., Gene Deanna — the head of the Recorded Sound Section — stood in a large room with several racks of equipment and gestured toward a set of blue boxes that are used to preserve video.

"Those are tape robots, and they're loaded with video cassette decks," he said. "They're able to operate independently of staff once they're set and loaded. They have transformed the preservation of video, mostly our television heritage. And it's something that recorded sound doesn't have."

The problem with audio is that recorded sound doesn't have a standardized format. Formats range from wax cylinders, which were invented in the late 1800s and look like the cardboard center of a toilet paper roll, to 16-inch aluminum discs covered in lacquer — essentially giant LP records. Those formats degrade in different ways and can't be copied using the same machines.

"You hear stories about things recorded on ... things like ProTools editing software 10 years ago, but the new version of the software isn't compatible with the digital files of 10 and 20 years ago," says Sam Brylawski, chairman of the National Recording Preservation Board, which was established by Congress in the same 2000 law that launched this whole project. 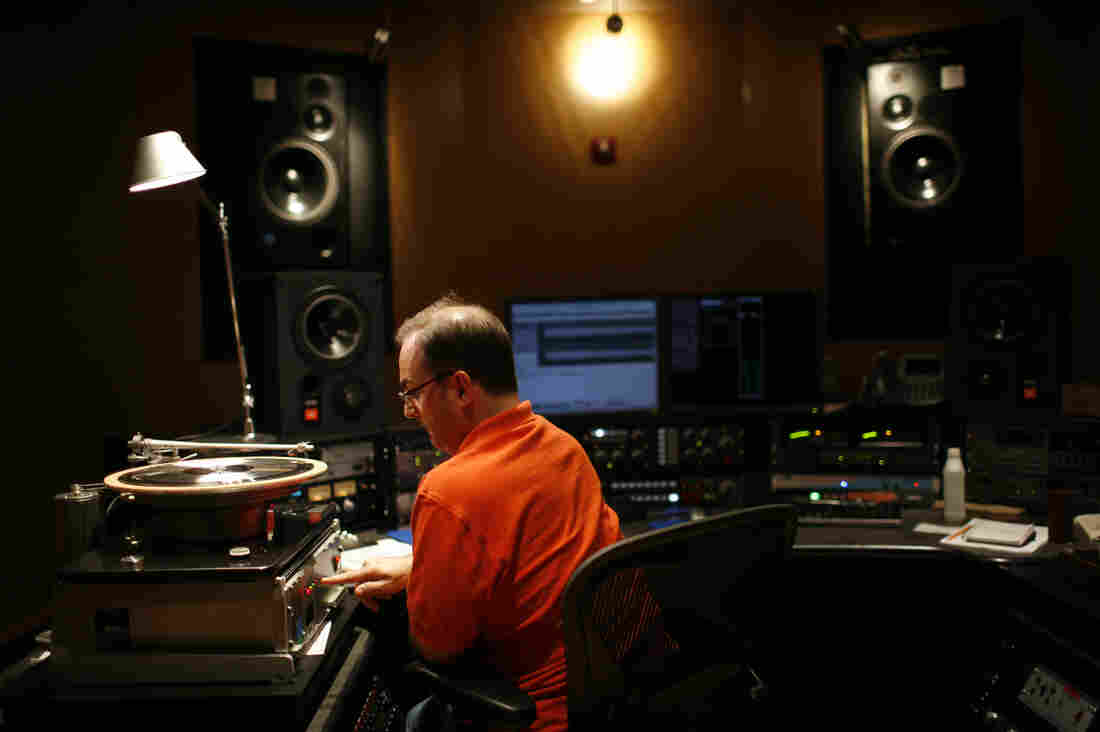 The problem with digital files is that archivists often don't know how they were recorded. Brylawski says that puts the digital sound files in just as much danger as those old wax cylinders. So the National Recording Preservation Plan proposes that anyone making a "born digital" recording needs to encode the audio with metadata — information embedded in the file — that spell out exactly how the audio was recorded. And, he says, artists today need to think differently.

"It's important to think about the life cycle of the recording as it's made and not just 80 years later when you open your closet and see these things and scratch your head," Brylawski says. "Thinking about the life cycle of a born digital item as soon as it's made — that would be the best way to think about [the question of], 'How will this be preserved?' "

Another of the plan's recommendations is for standardized practices for preservation and storage. Some of them can be pretty simple: Just keep collections cool and dry.

But beyond the technical considerations lies a bigger hurdle: access.

"The reason so many sounds from the very early stage of recording are lost is not because the recordings are lost, but because we have very expansive copyright laws that essentially lock them up and make them unavailable," says Tim Brooks, the president of the Association for Recorded Sound Collections and the author of Lost Sounds, a book about the earliest black recording artists.

Unlike preserving a painting or sculpture, which involves cleaning and restoring the object itself, today's preservation practices for audio involve making a digital copy of the recording. And federal copyright law says you can't make a copy unless a recording has already begun to deteriorate.

"The recording preservation provisions under current law are so restrictive you literally can't make — legally — a digital copy of an older analog recording without permissions which are very hard to get," Brooks says. 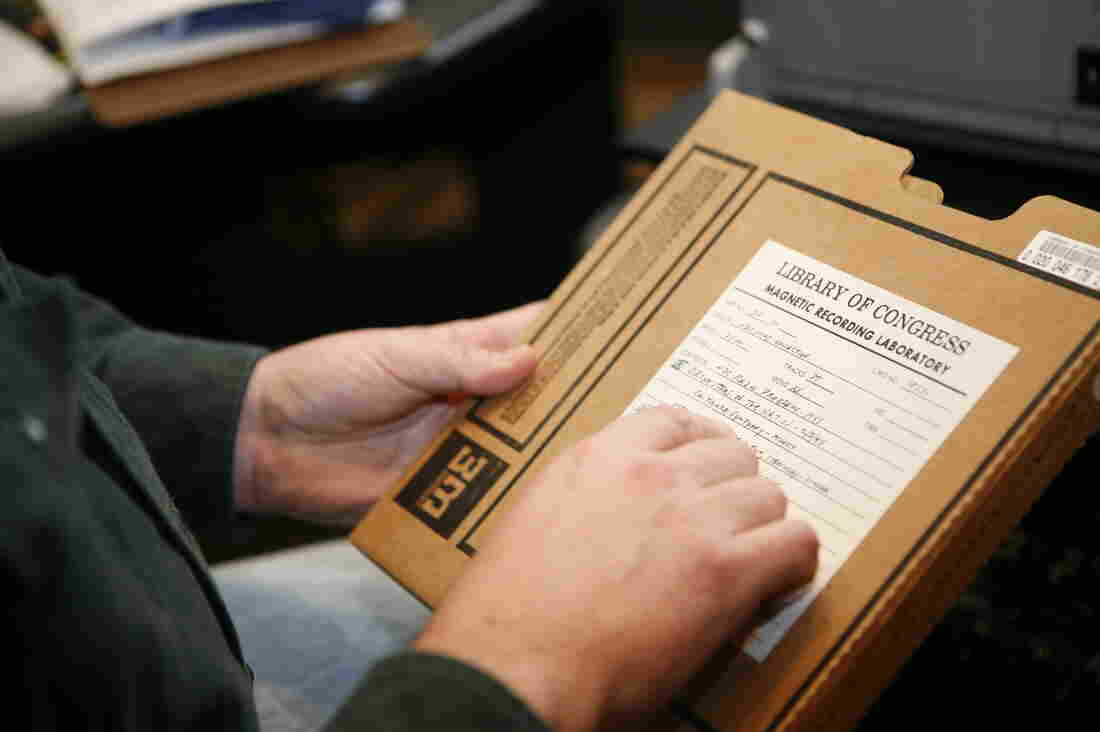 There are two reasons for this difficulty: Many of the rights holders to those recordings can't be found. Or the rights are owned by the multinational corporations that have absorbed the record labels and who have no reason to bother with stuff that won't make them any money.

That's shortsighted, says Peter Martland, a professor at Cambridge University and the author of two books on the British recording industry. Martland spent nearly a decade researching the archives of EMI Records and saw the label capitalize on its vast holdings.

"If this material has a commercial life, no matter how old, and some of the material goes back to 1906, [if the rights holders] digitize it, that means it is much more readily available for future exploitation," Martland says.

Exploitation not just by record labels, but by fans and archivists, who say the whole point of preservation is to make recordings available for people to hear. Sony Corp. apparently realized the potential when it provided some of the earliest recordings in its archive to the Library of Congress to stream free on the Library's National Jukebox website. Sony can now track which recordings get the most hits and rerelease them commercially.

And this too is one of the National Recording Preservation Plan's recommendations: collaborations between the public and private sector — agreements that benefit rights holders, archivists and the general public.

But in the end, the plan is just a plan, says Brylawski.

"Washington's full of plans and studies which have been done over the last 200 years," he says. "But I think this one can be effective because it is, in effect, a road map in how we approach audio preservation and assure that as much as possible is here for posterity."