Accessibility links
A Brief History Of The Grammy Sales Bump : The Record The winner of the Grammy Award for Album of the Year can look forward to a huge increase in album sales along with their trophy. A look back at winners over the last decade shows that results vary.

A Brief History Of The Grammy Sales Bump

A Brief History Of The Grammy Sales Bump 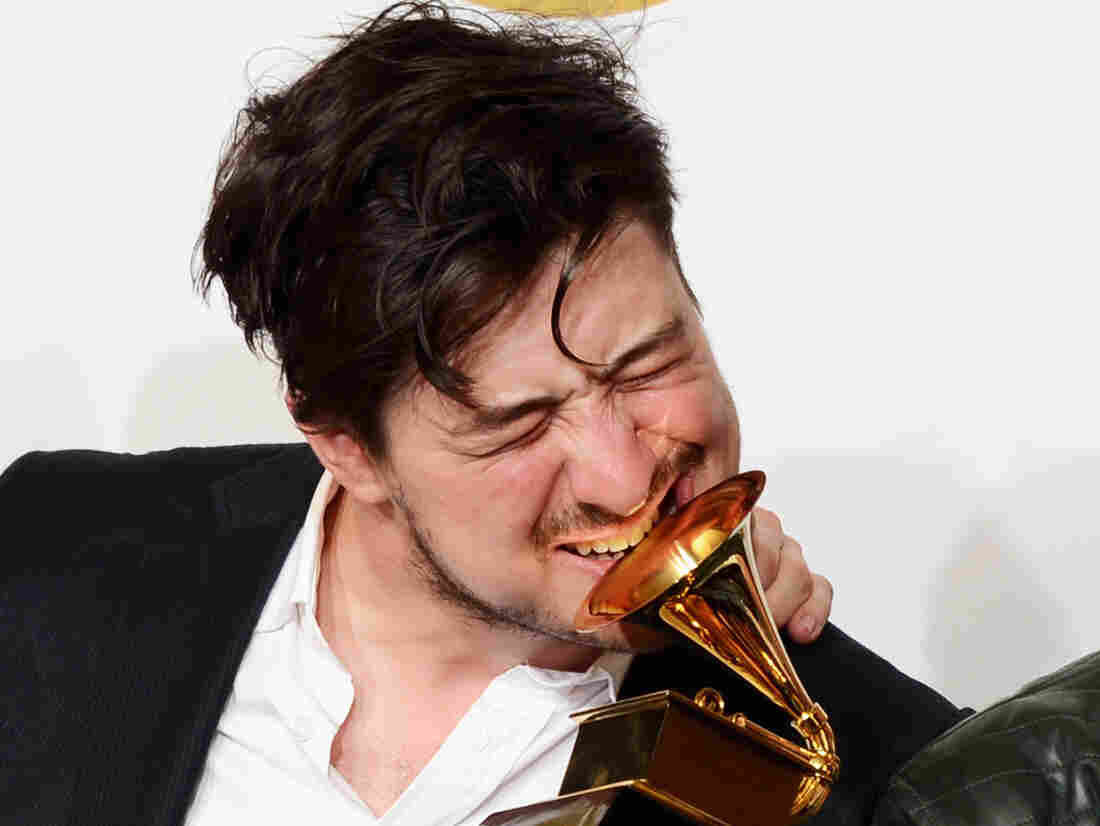 Marcus Mumford of Mumford & Sons, winner of Album of the Year at the 2013 Grammy Awards. To date, the band's winning album, Babel, has sold 1,737,000 copies, according to Nielsen Soundscan. Jason Merritt/Getty Images hide caption 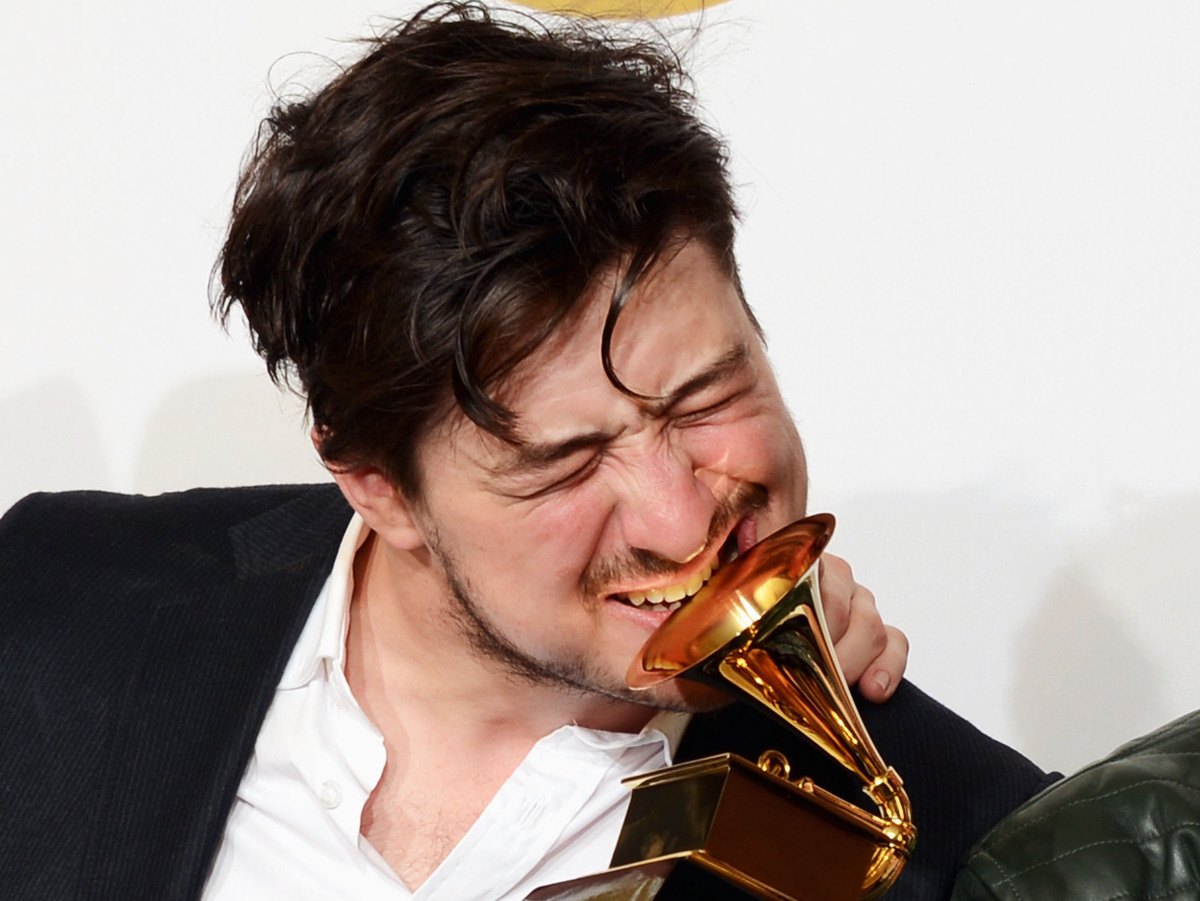 Marcus Mumford of Mumford & Sons, winner of Album of the Year at the 2013 Grammy Awards. To date, the band's winning album, Babel, has sold 1,737,000 copies, according to Nielsen Soundscan.

As televised prize-givers, the National Academy of Recording Arts and Sciences are slouches. The dozen prizes given out in a typical Grammy Awards telecast is the lowest of any major awards-show telecast, from the Oscars to the Emmys. NARAS gives out the bulk of its little gramophones in an untelevised ceremony.

But as sales-juicers? The Grammys are unparalleled.

The Grammy telecast, with its low ratio of awards to performances, is programmed as a variety show and shamelessly fine-tuned to spur consumer music purchases. And it works: Arguably, no award has a more immediate benefit on its industry's bottom line. (Only the Tonys, which can single-handedly save a Broadway show, come close — and that's for a business concentrated in one U.S. city whose product costs over $100 a head, retail.)

Even before the age of instant downloads, a Grammy Award could vault an album up the charts. Or make a career: Bonnie Raitt's 1990 Album of the Year win for Nick of Time sent that disc to No. 1 — her first-ever Top 20 album, never mind chart-topper — and transformed the veteran singer-guitarist into a pop-radio presence. When NARAS is doing its job right, it finds a crossover point in the Venn diagram between authenticity and commercial success, and consumers respond.

Nowadays, in the digital era, many viewers don't even wait until the day after the show — the Grammys move the needle on Billboard's charts immediately. This week, Nielsen Soundscan, the industry's data-gatherers, have already released weekly sales figures ending last Sunday at midnight. Those few hours during and just after the 2013 Grammys provided a boost to at least a dozen acts who performed or won.

That includes Album of the Year winners Mumford & Sons, whose Babel shot back up to No. 4 — for the whole week — on the strength of that one night of sales. Next week, they'll do even better; the full week just after the Grammys is the one to watch each year. That's when slower-moving consumers, particularly buyers of physical CDs, wander into brick-and-mortar stores or browse online for the music they just saw performed that Sunday. After a full seven days of post-show sales are tallied, the Mumfords are predicted to return to No. 1, where Babel debuted last fall.

That's business as usual for the winner of Album of the Year. NARAS's final, marquee prize is generally the show's biggest sales beneficiary. Here's a rundown of the last dozen years of AotY Grammy winners — as you see, some winners see bigger post-show pickups than others.