Accessibility links
Long Before The Harlem Shake, We Did The Shimmy : The Record The Harlem Shake can be called many things — a rewriting of history, theft, a cultural bridge — but it's not the first time a dance craze has taken the world by storm. About a century ago, nearly the same thing happened.

Long Before The Harlem Shake, We Did The Shimmy

Long Before The Harlem Shake, We Did The Shimmy 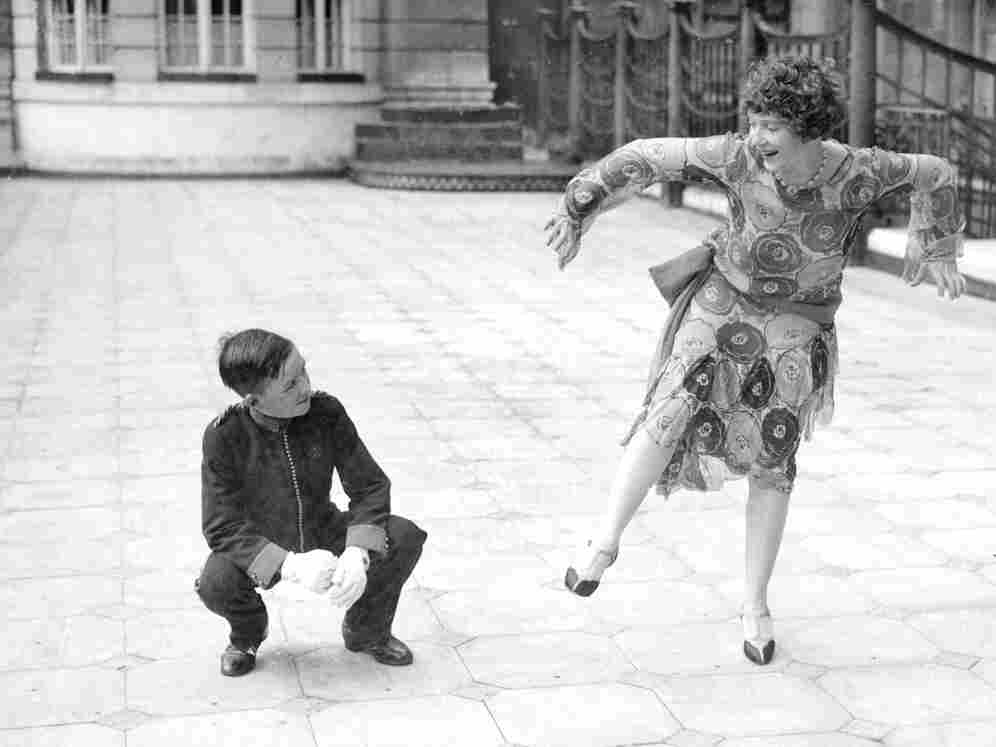 Gilda Grey, the dancer who is sometimes credited with naming the shimmy, in London in 1928. Planet News Archive/SSPL via Getty Images hide caption 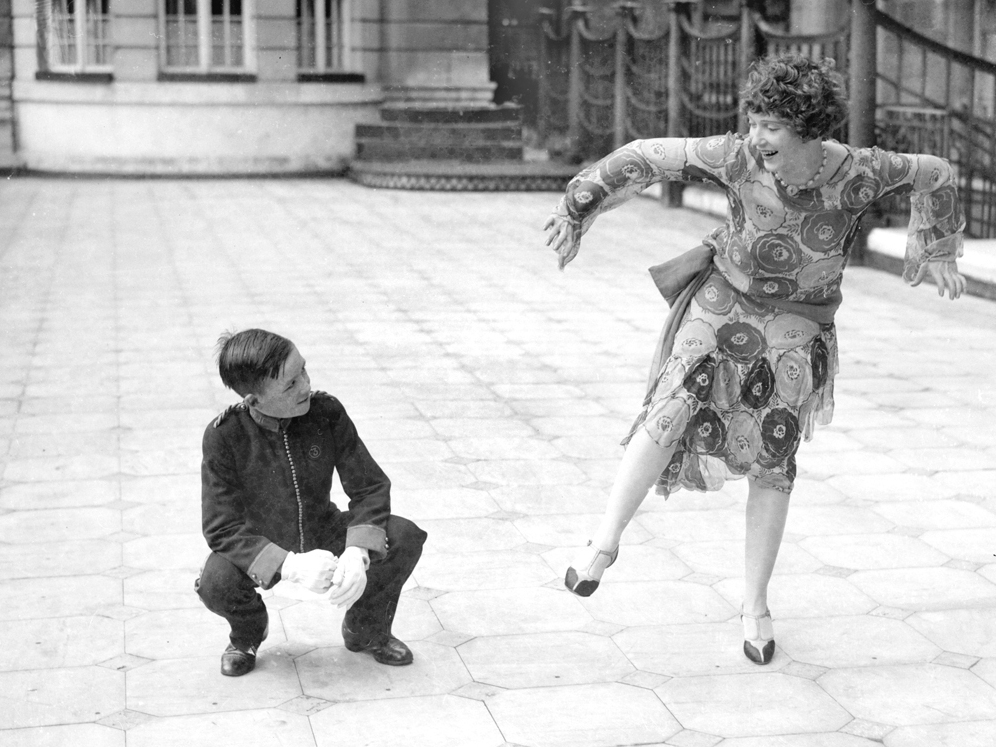 Gilda Grey, the dancer who is sometimes credited with naming the shimmy, in London in 1928.

Where Does The Harlem Shake Actually Come From?

Last week I served as the DJ at my daughter's grade school dance. The playlist she and I made together heavily favored Now compilation-style hits alongside the novelty dances the kids learned in Zumba class and the parents did at their own charity functions or office parties. As The Wobble spun on repeat, I fielded a complaint from one of the PTA moms.

"Where's the Harlem Shake?" she asked, referring to the electronic song by DJ Baauer that's now topping the Billboard charts thanks to an inexhaustible stream of fan videos. These videos, each just 30 seconds long, follow a rigid structure: as the opening of Baauer's song plays, one person, usually costumed, dances goofily as everyone around her stays still. Then the beat drops and everyone goes wild. Turns out my friend and her kids have been practicing their Harlem Shake over dinner every night.

I thought about this Southern Jewish family getting its Shake on when I first saw "Harlem Reacts to the 'Harlem Shake" Videos," a short film registering the overwhelmingly negative reaction of that neighborhood's mostly African-American residents to the mostly white folks flailing around in those videos. The main complaint was that this new stuff bears no relation to the original Harlem Shake, a body-rolling hip-hop dance that's at least three decades old. Then, as I read commentary accusing Baauer of turning a viral phenomenon into a money grab, I started thinking about how hard it is to put boundaries around a pop trend. The new Harlem Shake can be called many things — a rewriting of history, a commentary on office culture and group dynamics, a dangerous distraction in our schools. But I'm interested in it as a dance craze: a bit of body language that shapes cultural exchange.

The new version of the Harlem Shake and the old one do have something in common: the shimmy, a simple but dramatic undulation of the torso that's a key ingredient in a vast array of vernacular dances. The shoulder-rolling, pecs-shaking shimmy forms the core of the original Harlem Shake, while the new version, which has no set rules, still relies on its sexually forthright spirit. Easy to do and hard to resist, the shimmy was one of the first dances to benefit from modern mass culture as it made its way across America wax recordings, touring burlesque hoofers, and even very early films — and its story illustrates how pop trends are made from equal parts exploitation and enthusiasm.

The shimmy took America by storm in the 1910s and 1920s, helping to turn the staid choreography of ballroom traditions into something sexier and more vital. As historians like Rebecca A. Bryant have documented, the shimmy was an early example of white performers (most famously in this case, Mae West) claiming an African-American performance style without obviously parodying it, as they did in minstrelsy. As a dance, the shimmy wasn't much — just a lascivious shake of the torso and chest. But incorporated into many other dances, name-checked in songs and making stars of a select group of practitioners, the shimmy helped change the course of American entertainment and feed the Jazz Age's more relaxed attitude about sexuality in general. 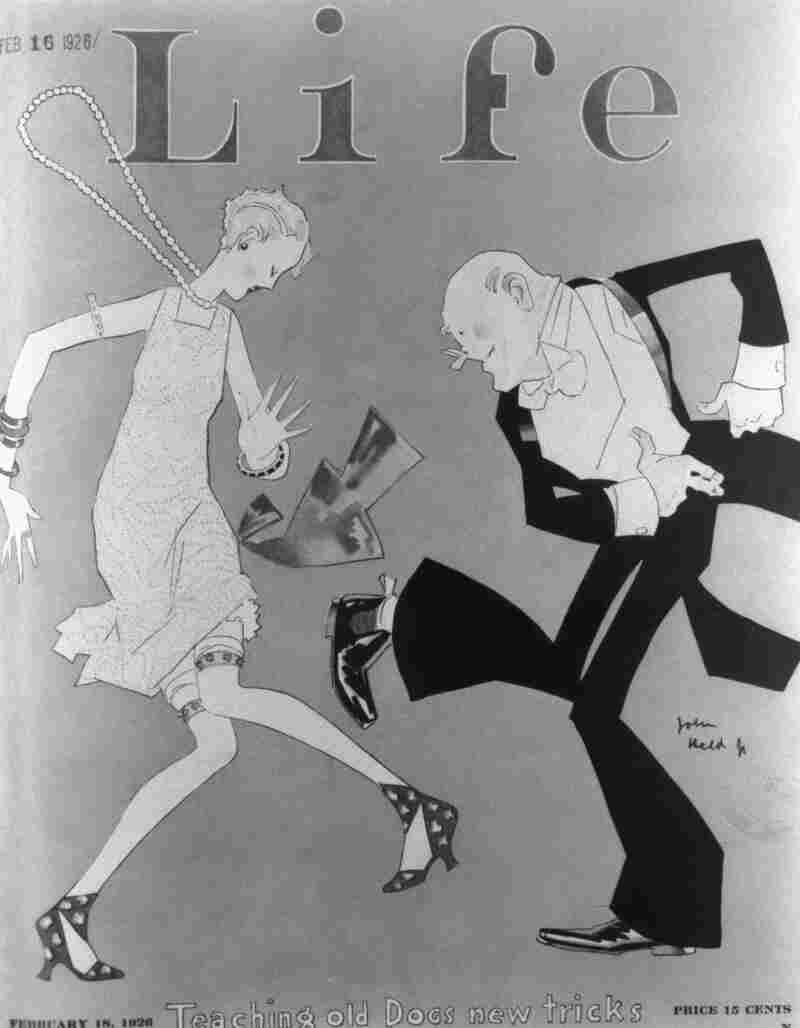 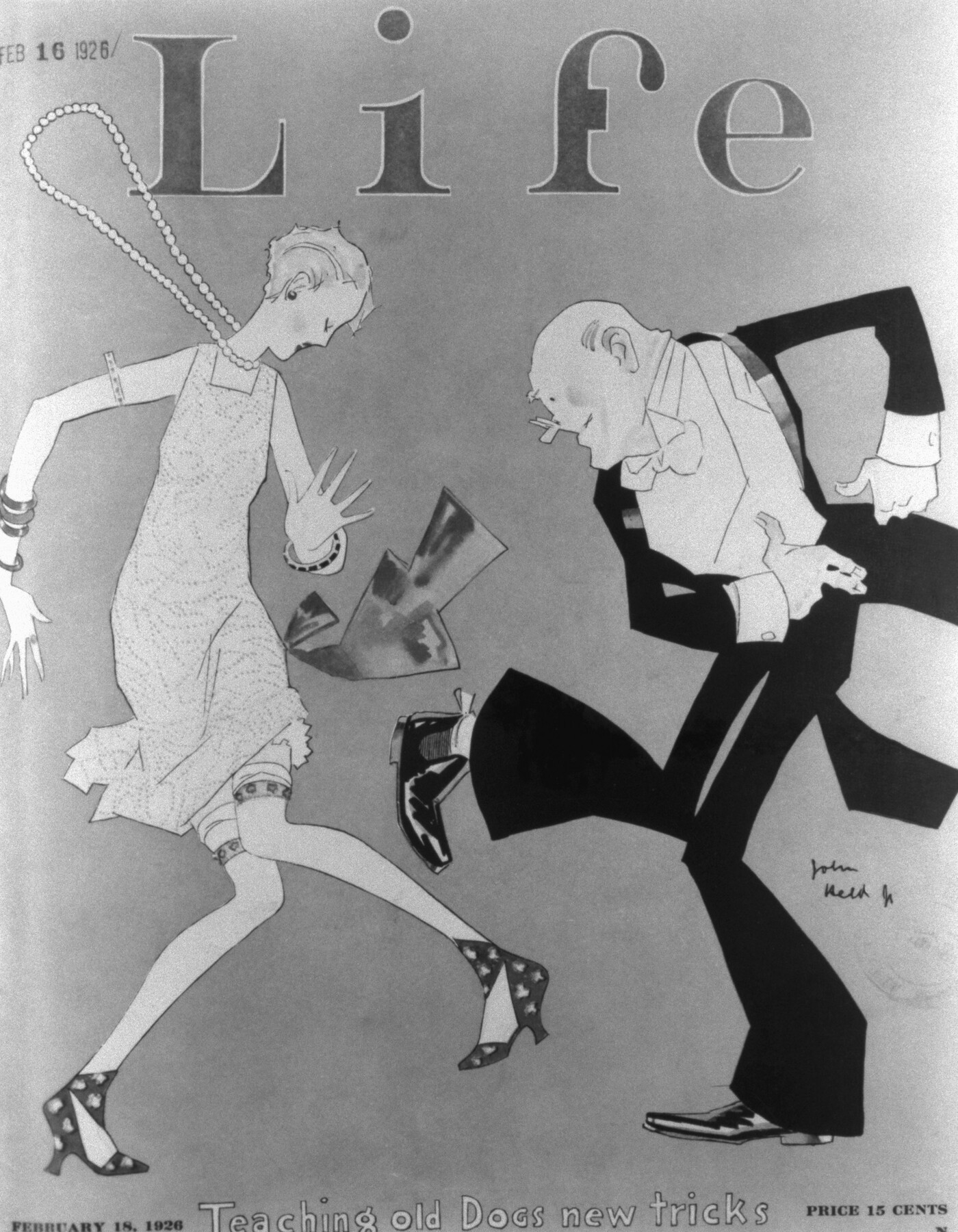 The shimmy has been in the air lately; just a few weeks ago, it resurfaced as part of Beyonce's Superbowl show. It's really an embodied attitude about movement that does away with the rigidity of European dances and encourages those who do it to relax and open up. Like today's Harlem Shake — in fact, like both Harlem Shakes — the shimmy swept America virally, though through sheet music and nightclub routines instead of YouTube videos. Now we mostly recall one relic of its age — the song "I Wish I Could Shimmy Like My Sister Kate" — but in 1921 it was unstoppable, helping make the careers of songwriters like Shelton Brooks and Grant Clarke and dancers like Bee Palmer and Gilda Gray, and changing the shape of both the chorus line and the nightclub floor.

The shimmy's long history in America began with the rituals Africans brought with them in slavery, took a side turn when Middle Eastern dance became a main attraction at the 1893 World's Fair, and entered the 20th century via "animal" dances like the Camel Walk and juke joint favorites like the Funky Butt. In her autobiography, West reported first seeing it in a mixed-race Chicago nightclub called the Elite Number 1, where dancers "stood in one spot, with hardly any movement of the feet, and just shook their shoulders, torsos, breasts and pelvises. We thought it was funny and were terribly amused by it," West continued. "But there was a naked, aching sensual agony about it, too."

Starting out as a lark, dance crazes can come to reflect the central anxieites of an age. A century ago, the shimmy fed a debate about obscenity. The dancers who specialized in it either claimed it was just good healthy exercise — "Every muscle in my body is in perfect condition," Bee Palmer claimed, crediting the dance — or declared themselves helpless in the face of its attractions. "The sensuous tunes caused her shoulders to vibrate. The mad pulsating rhythm crept under her skin, and shivers ran down her spinal column. Great throbbing shivers," Gilda Gray wrote in a memoir, describing herself giving in to he shimmy for the first time as she performed in a Milwaukee saloon.

Today, another moral concern is front and center, though a few high schoolers have paid for their lewd renditions of the Harlem Shake. In the borrow-steal-or-remix culture of the Internet age, authorship and authenticity matter more than propriety.

Baauer's Harlem Shake samples a reggaeton artist, a source the DJ failed to credit when asked in an interview, and the vast majority of participants in the YouTube meme have been white. The deracination of the Harlem Shake has offended some who value the dance's origins in Harlem itself, where it's been done on the street since 1981, and its prevalence in hip-hop videos by the likes of Diddy and Jadakiss.

"Imagine you have an urn with your great-grandmother's ashes in it that's been passed down in your family. A random stranger pops into your house, shoves his manhood into it, declares it a new work of art, and their is absolutely nothing you can do about it because everyone loves it," the blogger Xavier Burgin explained.

Such refusals by white adopters to credit African-American sources are hardly new. While the success of the Harlem Shake may represent a new step in the mainstreaming of hip hop particularly shaped by the Internet, it's also possible to view nearly every popular music or dance craze as the product of some clever theft.

Back to the shimmy: Gray and Palmer both claimed to have invented the dance themselves, out of sheer instinct, as Midwestern teenagers who'd never met a person of color. West admitted to having found the dance in that Chicago nightclub; yet her description of the dancers makes them seem more like brutes than artists: "Big black men with razor-slashed faces, fancy high yellows and beginner browns — [dancing] in the smoke of gin scented tobacco to the music of "CanHouse Blues.'" Irene Castle, the most famous dancer of the era, went West one worse when she assured her fans that her version of the shimmy would be far less "primitive" than the "N— dance" that inspired it. Through literal erasure or unjustified claims of superiority, these women stole the shimmy from those who created it.

That's a tragedy. Yet like most popular cultural crazes, the shimmy ultimately eluded any one person's grasp. It became the signature of many African-American stars, from Ethel Waters to Tina Turner to Beyonce. And it became the foundation for many other dances, including both the old and the new Harlem Shake. This is the ultimate value of social dance, whether it brings people together in a grade school gym or on a YouTube channel: it helps us feel history in our very muscles, and in the best circumstances, it can help bridge cultural differences that otherwise seem insurmountable. Knowing the origins of the Harlem Shake makes doing it a richer experience, but the dance stays alive by being rewritten on every body that tries it out.