Accessibility links
The Many Sounds Of 1993 Bay Area Rap : The Record Overlooked by the industry, Bay Area rappers as different as E-40, Too Short and The Coup were free to make and sell music that didn't sound like anybody else's. 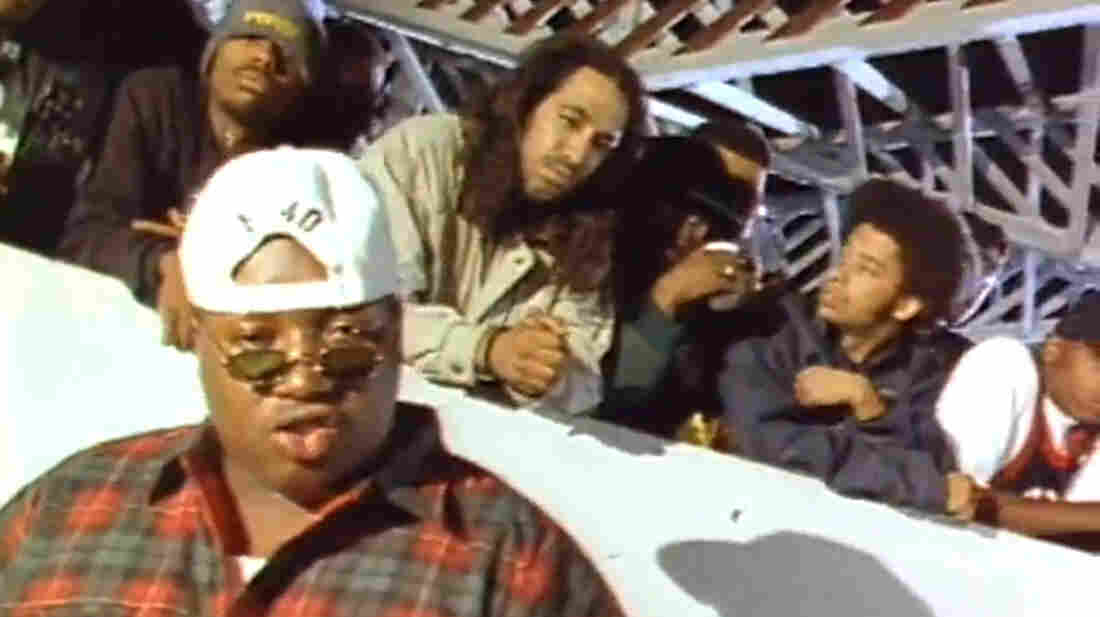 A still from the video for E-40's 1993 song "Practice Looking Hard," in which rappers like The Coup's Boots Riley (second from right) and Tupac (not pictured) also appeared. Couresy of Zomba Recording hide caption 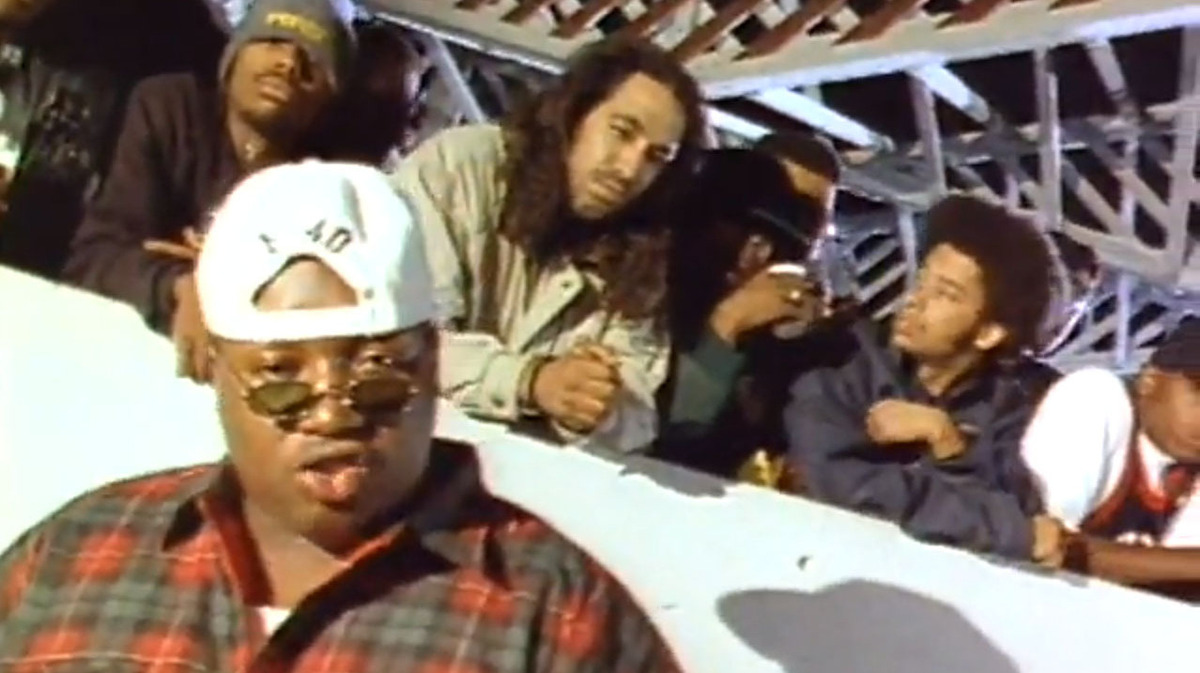 A still from the video for E-40's 1993 song "Practice Looking Hard," in which rappers like The Coup's Boots Riley (second from right) and Tupac (not pictured) also appeared.

This year marks the 20th anniversary of a remarkable year in music. Over the 12 months of 1993, the Wu-Tang Clan, Snoop Dogg, A Tribe Called Quest, Queen Latifah and more than a dozen other rap groups released albums that helped change the sound of America. In the late '80s, a music industry focused on New York and Los Angeles was slow to see the San Francisco Bay Area's rap potential. And so the music made there followed two rules: Do it yourself, and be yourself.

In 1993 in Oakland, Calif., Too Short was rhyming about having money in the ghetto, while The Coup rapped about the Communist Manifesto.

"To me, it all represented Oakland," says Sway Calloway, an Oakland native and MTV personality. "Oakland was never a one-dimensional place." In '93 he co-hosted a radio program in the Bay called the Wake Up Show. It aired on KMEL and featured popular rappers and up-and-comers.

Sway says in the early years the industry kind of ignored not just Oakland rap but Bay Area rap: San Francisco, Richmond, Vallejo. "The record labels weren't signing a lot of Bay Area artists in the late '80s," he says — which was a good thing. "Instead of our music being overseen by an A&R guy that worked for a record company that knew nothing about the region, a lot of artists had the freedom to make their own music."

Sway says if you take that freedom and mix it with influences, from Black Panther revolutionaries to beloved pimps and drug hustlers, you get the trendsetters and entrepreneurs of the '93 rap game. Too Short. Del the Funky Homosapien. Mac Dre. The Coup. Spice 1. They all had bangin' tracks in '93 that were all so different. And you can't forget E-40.

The self pro-claimed King of Slanguistics, from Vallejo, introduced new slang to rap's vocabulary: "You feel me," "Fo'shizzle," "It's all good." But he's probably best known for "Tell Me When to Go," a top 40 hit from 2006.

A year before he was signed to a major — Jive records in '94 by the CEO himself — E-40 released his first solo album, Federal, on his own label. I asked him what it meant to be "federal." "Big business," he says. "I had big dreams, big ideals, a large amount of money stacked in my head."

As 40 tells it, he had been a rap hustler for six years, selling tapes and CDs by the tens of thousands. "You gotta treat the rap game like the dope game, you feel me?" Drug hustling was big in the '80s and '90s in poor urban neighborhoods. The lack of good blue-collar work plus the crack epidemic left a void filled by street entrepreneurs. The lack of a music industry in the Bay — that left a void, too, so rappers like E-40 treated the rap game like the dope game.

Tajai Massey describes Bay's do-it-yourself mentality as scrappy. He says it helped inform his group's sound. But even more influential on the Souls of Mischief, he says, was the juxtaposition of the gritty East Oakland streets he grew up on with the serene beauty of the Bay's nearby beaches and forests.

"That's our Oakland. We were talking about the variety of different groups coming out — you said The Coup, Too Short, E-40, Del — as far as our Oakland, we used go hang out in the forest for hecka hours, rapping."

Tajai says the title track of Soul's debut album, '93 Til Infinity, was an anthem for an era. A time and a place where rapping about money in the ghetto and the Communist Manifesto under a redwood canopy — there was room for all of it. When being yourself — and doing it yourself — got you radio play.