Accessibility links
This Was 1993: 20 Years Ago I Heard The Perfect Rap Song : The Record Writer Kiese Laymon says back then he would have sworn on everything he loved that hip-hop would never be the same after The Coup's "Not Yet Free." 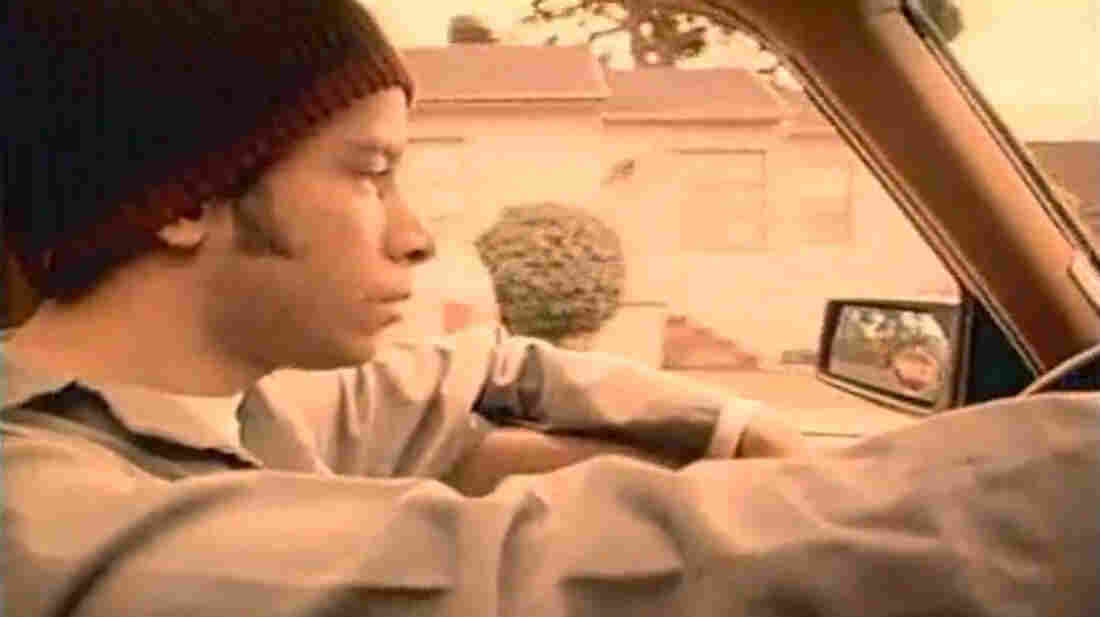 Boots Riley, in the opening of The Coup's video for "Not Yet Free." Courtesy of Wild Pitch Records hide caption 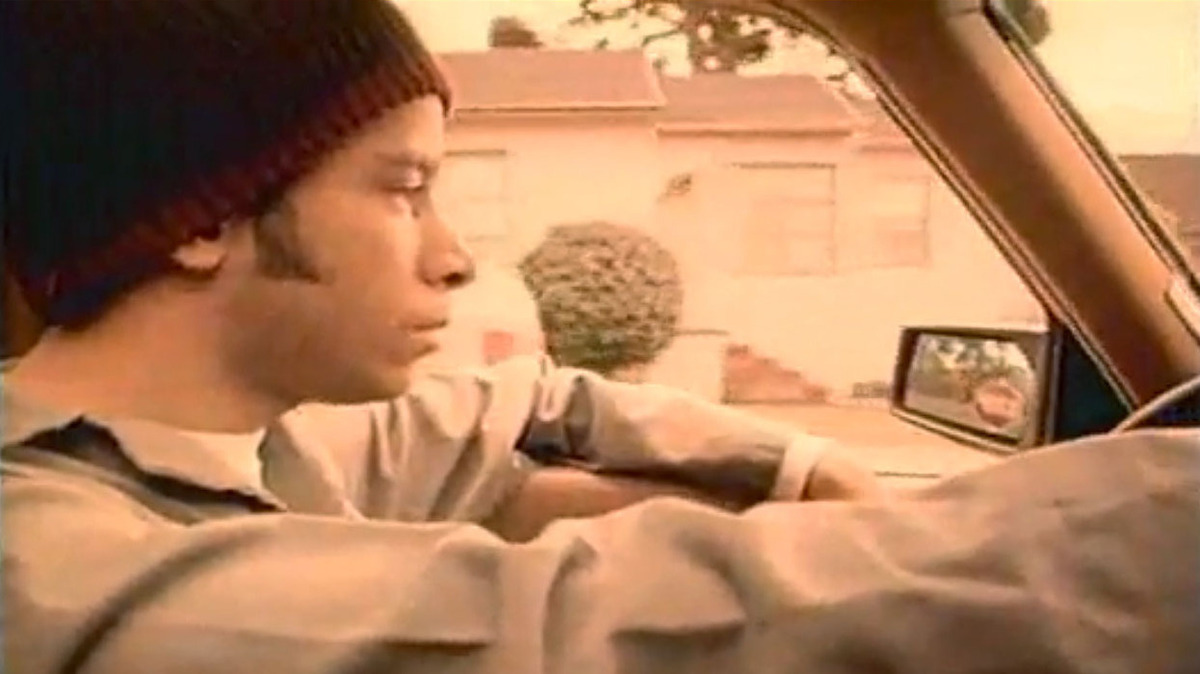 Boots Riley, in the opening of The Coup's video for "Not Yet Free."

On May 4th, decades before James Todd Smith accidentally bartered the bloody residue of transatlantic slavery for some gold chains, I wore a $4.33 burnt orange du-rag and Cross Colours T-shirt to a record store called Camelot Music in Jackson, Miss. A few days earlier, before purchasing the du-rag or making the twenty-minute trek to Camelot in Mama's hooptie, I popped a VHS with old episodes of Martin in my roommate's VCR and I recorded a video on Rap City by a new group from Oakland called The Coup. The song was called "Not Yet Free" and the unreleased album was entitled Kill My Landlord.

I was six years removed from 2 Live Crew's Move Somethin' album cover ushering me into puberty; five years from BDP and Public Enemy revising revisionist American histories; five from NWA showing us all how and why we should f--- the police; three years from LL's attempt at a "conscious" racial profiling song; two years from Ice Cube making the most provocative album of the late 20th Century; one year from a predictable bloody rebellion in LA; and five months from Dr. Dre forcing us to reconsider everything we thought we knew about cinematic weed music, while birthing a puppy dog named Snoop.

In Jackson, and other parts of the black belt, we were no longer the dutiful disciples of the Holy Trinity of MCs — KRS, Kane and Rakim. We respected the gods, but we were done exclusively eavesdropping on the rhymes coming out of New York City. West coast music, as varied as it was, met us where we were and, truth be told, it was music we could see and hear. We also accepted that the west coast and the black belt were family, and had been since the second great migration of the 1940's ushered thousands of southern black families to Los Angeles for jobs in the automotive and defense industries.

It's true that the south, dismissed as culturally slow, meaningless and less hip (hop) than New York, had yet to, as Albert Murray wrote, lyrically stylize our southern worlds into significance. But if outsiders really listened to the musty movement behind the Geto Boys, UGK and 8 Ball and MJG, they would have heard the din of deeply southern black boys and girls eager to keep it real local. We wanted to use hip-hop's brash boast, confessional and critique to unapologetically order the chaos of our country lives through country lenses with little regard to whether it sounded like real hip-hop.

We were real blues people, familiar in some way or another with dirt. There were no skyscrapers and orange-brown projects stopping us from looking up and out. We didn't know what it was like to move with enclosed subway trains slithering beneath our feet. And we liked it that way.

En route to lyrical acceptance of our dirty, we met Scarface, Ice Cube, Pimp C, Bun B, MC Ren and D.O.C. And after a while, we realized that they were our cousins, our uncles, our best friends, us. We lyrically rode through Compton, Oakland, Port Arthur and Houston the same way we rode through Jackson, Meridian, Little Rock, New Orleans and Birmingham. We rode in long cars with windows down, bass quaking and air fresheners sparkling like Christmas tree ornaments.

We felt pride in knowing that the greatest producer alive was an uncle from Compton, and the most anticipated MC in the history of hip-hop was a lanky brother from Long Beach. We knew, no matter what anyone in New York said, the baddest MC on earth, song for song, album for album, was an aging cousin from South Central Los Angeles whose government name was O'Shea.

As inspirational as we found Dre's music, Snoop's flow and Cube's criticism, an articulated fear and hatred of black women was part of what made them so nationally attractive. Like nearly all of our lyrical pedagogues, these MCs practiced a form of spectacular psychological and/or emotional dismantling of black women passed down by the practices, policies and patriarchy of America.

Chuck D and Flav had already told us all that women were "blind to the facts" of who they were because they watched the wrong television shows. Slick Rick warned us to pre-emptively treat women like prostitutes since all they did was "hurt and trample." Too Short painted the freakiest of tales and constantly reminded us that the correct pronunciation of the words "woman" and/or "girl" was "bitch."

Big Daddy Kane and Nice and Smooth let us know that no matter what we heard from Too Short, pimping was never easy. The Geto Boys showed us how to kick a woman in the ass if she claimed to be pregnant with our baby. Before we elected a modern Falstaff with hoish tendencies to the White House, MC Ren evocatively taught us how to gang rape a fourteen year old preacher's daughter and sodomize any woman "saying that they never would suck a dick."

Back in my dorm room, I rewind-pause-played my way through the shifting points of view of "Not Yet Free." I memorized all three verses the same night I saw it and told my boy, Eric Caples — a formidable MC himself — that I'd just heard the perfect rap song. The next day, in Eric's room, I watched his face as he watched the video.

The first image beneath the boom of the 808 was a black woman standing upright in matching white necklace, bracelet and earrings. The woman had a sawed off shotgun on her back and a child in her arms. She looked directly into the face of the she child was nursing. As engrossing as the image was, Eric was mesmerized by what he heard.

Eric bobbed his head to the beat and furrowed his brow when Boots rhymed, "Everyday I pulls a front so nobody pulls my card / I got a mirror in my pocket and I practice looking hard." Neither of us had ever heard that kind of hyper-awareness of our hyper-awareness, not even from Ice Cube.

We both covered our mouths when the organ dropped and Boots explored his role in capitalism: "This web is made of money, made of greed, made of me. Oh, what I have become in a parasite economy."

Eric closed his eyes and smiled at the precision, sensory details and familiarity of E-Roc's verse and voice as he picked up where Boots left off.

"In the winter there's a splinter with the smell of the rain
And the scent of the street, but all I smell is the pain
Of a brotha who's a hustler and he's stuck to the grind
Of a sista who's a hooker gotta sell her behind."

Later in the verse, E-Roc ruptured the individual desperation narrative, placing himself as an actor, agent and witness on the streets he previously described: "Now my dreams and aspiration go from single to whole / As I realize there's a million motherf---ers in the cold."

Boots came back in at the end of the song, with a new point of view. The shift was marked by a minimal bass guitar and deepening of his voice. In the video, Boots' words come out of the mouth of a pawn shop owner whose store is filled with guns we presume he'll sell to brothers killing other brothers.

The point of view changed hands one more time, as Boots reoccupied his subject position and asked, "But if we're made of that, who made us? / And what can we do to change us?" He delivered his last lines of the verse to pawn shop owner, the surveillance camera and, ultimately, to us.

I stopped the VCR before the end of the song to see what Eric Caples had to say. I told him that I was going to use my work-study check to buy some gas for Mama's car, then drive the mall to buy the whole album tomorrow. I remember literally telling him that Boots was my new favorite MC and that I believed "Not Yet Free" could change hip-hop forever.

"It's dope," Eric eventually said about the song and video. "They can rap and that DJ can scratch. Boots ain't no Snoop, though. And I can tell you right now that that tape won't be no Chronic either."

I sucked my teeth, and rewound the VHS to the beginning of the video again.

Sitting on the floor of that dorm room, I would have sworn on everything I loved that hip-hop would never be the same after "Not Yet Free" and Kill My Landlord — even though I hadn't heard it yet. I really knew that everything involving hip-hop, black boys, black girls, freedom, capitalism, raced oppression, truth, rape music, violence, white supremacy, honesty and me was about to change forever.

The next morning, with a pocket full of work-study money, I headed to Super D to buy some new clippers to cut my hair. The clippers were more expensive than I thought they'd be so I bought a du-rag instead. I put the du-rag on in Mama's hooptie and headed to Camelot.

A half hour later, I purchased Above the Law's Black Mafia Life and a three-piece from Popeyes.

Back in my dorm room, I blasted a song called, "Pimpology 101" and set my roommate's VCR to record another episode of Rap City.

Kiese Laymon, an Associate Professor of English and Africana Studies at Vassar College, is a contributing editor at Gawker and the author of the novel Long Division and the essay collection How To Slowly Kill Yourself and Others in America.