Accessibility links
Coachella's California Hometown Hopes To Cash In On The Festival's Rising Tide : The Record The highest-grossing music festival in the world happens in a city struggling to stay afloat. 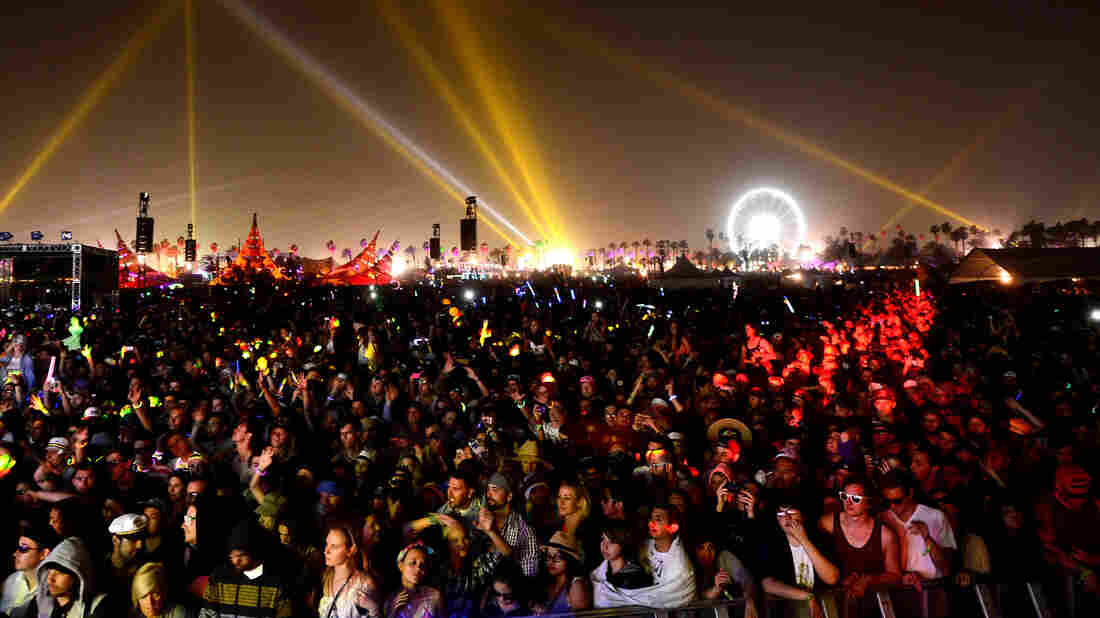 The crowd at Coachella on Sunday. Frazer Harrison/Getty Images for Coachella hide caption 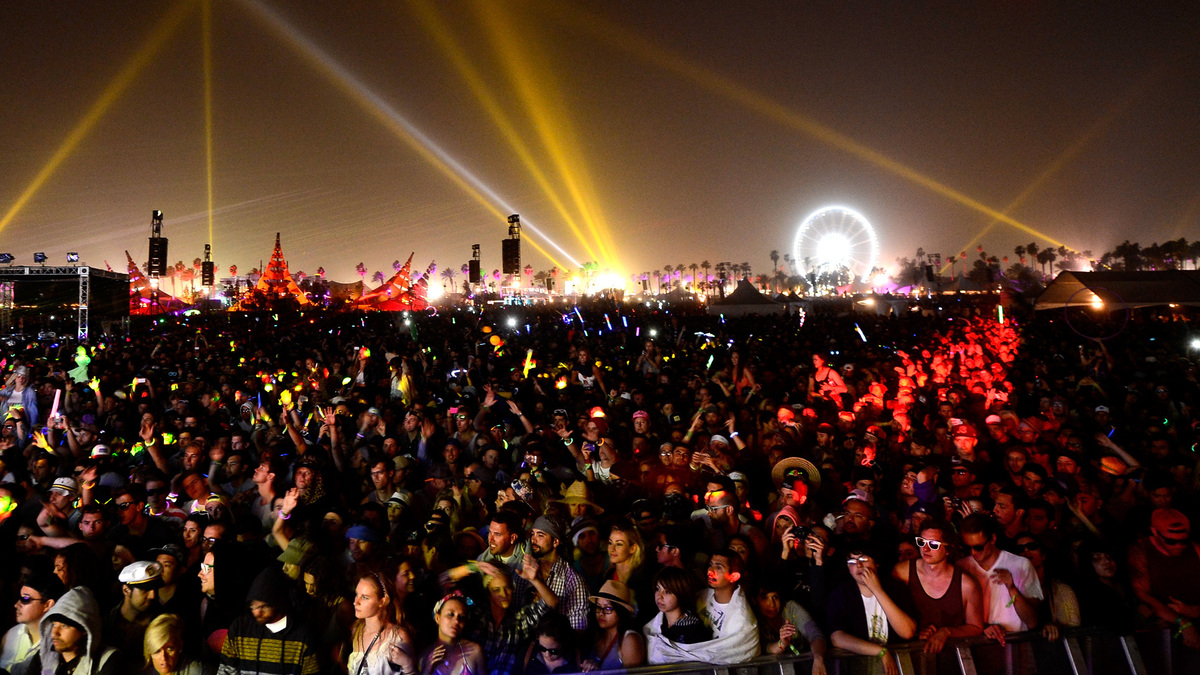 The crowd at Coachella on Sunday.

Like many California cities hit hard by the real estate crash, Indio (near Palm Springs) has been forced to make steep cutbacks to avoid bankruptcy. But unlike other cities, Indio hosts the highest-grossing music festival in the world — Coachella — which wraps up this weekend. It has made city leaders eager to capitalize on Coachella's riches.

Sam Torres, plumber by day, Indio city councilman by night, says he was prepared to become the most hated man in the city, and he very well may have achieved that goal. His offense? Proposing a 6 percent tax on Coachella tickets.

Sipping a beer on the polo fields where the festival is held, Torres says he looks at Coachella with a mix of awe and envy. When promoter Goldenvoice started the festival in 1999, it nearly went bankrupt. Musicians worried whether they would get paid. At the same time, Indio was prospering in the housing boom. Now their fortunes have reversed.

Even though they cost a minimum of $349 dollars, all of Coachella's tickets get snapped up as soon as they go on sale. Roughly 160,000 people come to the desert to see acts like the Yeah Yeahs Yeahs, the Red Hot Chili Peppers and the Wu-Tang Clan.

Goldenvoice is known for its secrecy, and for this story it declined to comment. As we were leaving the polo fields, four security guards walked over and told us to leave.

"You can't have any recording equipment here," one of them said. "You gotta go."

The ticket tax got an even more unwelcome reception. Torres' fellow city council members wouldn't even bring the proposal to a vote last summer. When Torres said he would take the ticket tax directly to voters, Coachella threatened to leave Indio. Panic ensued, and Torres backed down.

One of the biggest opponents to the ticket tax was Elaine Holmes, who's now Indio's mayor.

"Granted, budget shortfalls are an issue for many cities," she says. "We work through it. I'm a small business person, so to add tax is not where I wanted to go, particularly since Goldenvoice is very generous to what they provide the city."

A Goldenvoice-commissioned study showed the festival pumps more than $90 million into Indio's economy. And though it's far less than Torres wanted, Indio is getting an increasing cut of every Coachella ticket sold. This year and last, the city received $2.33 on every ticket, which works out to about $500,000 — no small chunk of change for a city with a $49 million annual budget — and the fee is set to double starting next year, under an agreement the city approved earlier this month that keeps the festival in Indio until at least 2030, adds two fall festivals and expands the festival's capacity.

"This is a several-block area that is expanding now with local arts and culture and hopefully a few restaurants," says Mayor Holmes, standing near a deserted main street. She says the long-term economic boost of hosting Coachella — not an expensive ticket tax — is what her city needs.

It's a work in progress. "Certainly," says Holmes, "it's putting Indio on the map." Holmes also says you can't put a price on the tourism cachet Coachella brings Indio. The city will soon get its first new hotel in nearly three decades.