Accessibility links
The Diverse Influence Of The 2013 Rock Hall Inductees : The Record As the Rock and Roll Hall of Fame inducts a new class, musicians and writers look at how influence — one of the Hall's criteria for induction — plays out in ways obvious (how Beyonce draws on Donna Summer) and not so much (jazz pianist Vijay Iyer explains how Public Enemy shaped his music). 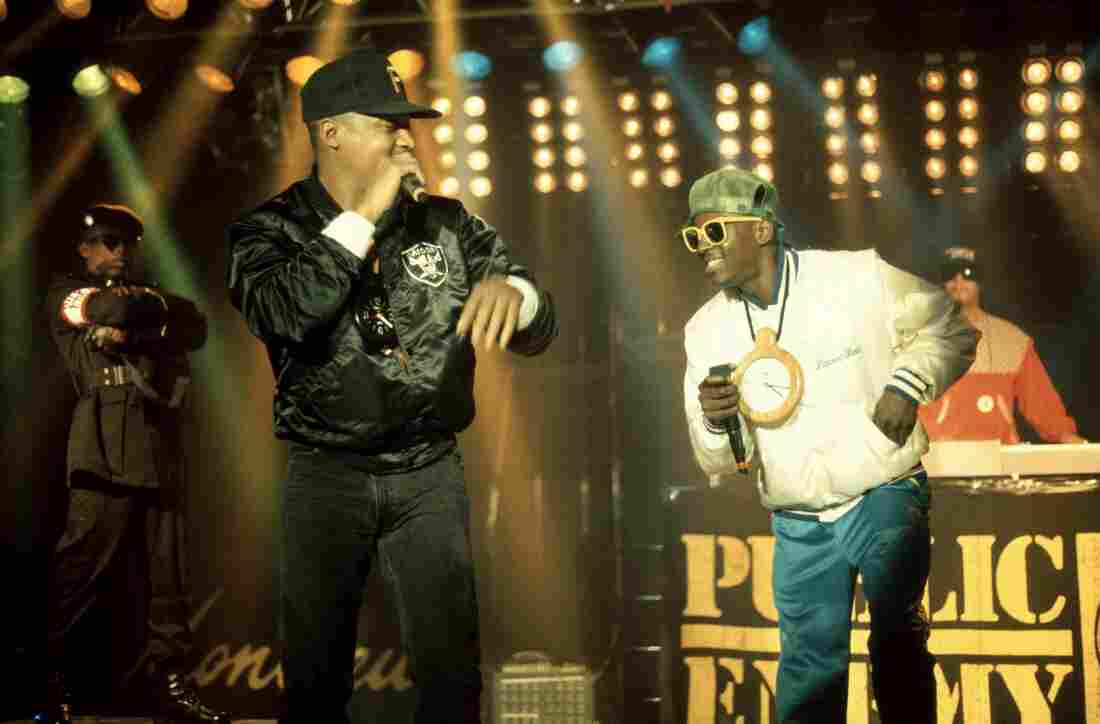 Public Enemy on stage in 1988. The group will be inducted into the Rock and Roll Hall of fame Thursday. Suzie Gibbons/Redferns/Getty Images hide caption 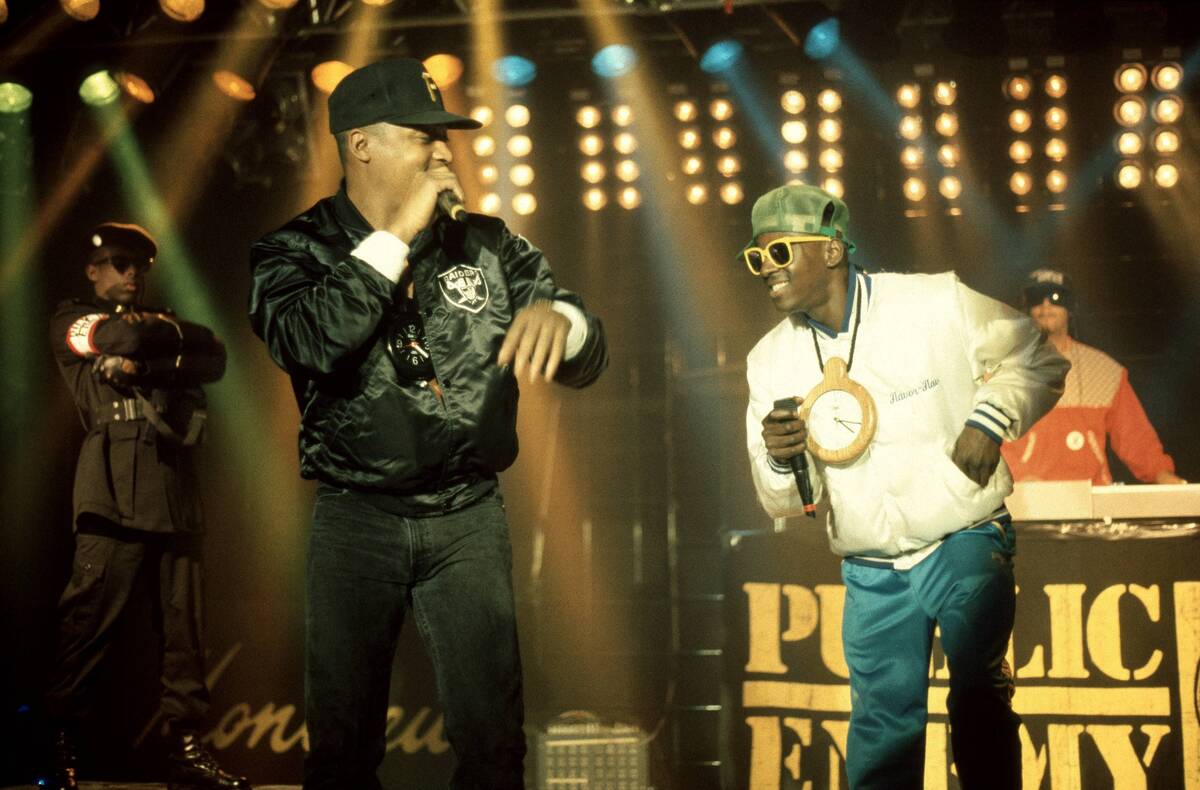 Public Enemy on stage in 1988. The group will be inducted into the Rock and Roll Hall of fame Thursday.

Tonight, six new performers will be inducted into the Rock and Roll Hall of Fame: Public Enemy, Randy Newman, Rush, Albert King, Donna Summer and Heart. According to the Hall's own language, one of the criteria for induction is "an artist's musical influence on other artists." That influence is built into each year's ceremony: Musicians are inducted by younger artists who display some of their qualities. (Tonight, Donna Summer will be inducted by Jennifer Hudson and Christina Aguilera.) But if a musician makes it to the level of the Rock Hall, that influence has likely spread to unlikely corners.

In the mid-1980s, Vernon Reid co-founded Living Colour, and with it, a movement that came to be called the Black Rock Coalition, which promoted black musicians playing rock music. Reid, who was raised on heavy metal, jazz and funk and whose music showed all of those influences, first saw Rush, the power trio from Toronto, on Don Kirshner's Rock Concert on television. He says he was floored by the sound the singer made.

"Geddy Lee's voice was so unusual — high and reedy and declamatory. I dug it," Reid says. "There's this kind of idea of the individual versus society. And I just thought there's something in what the music is talking about that was just very appealing to me."

"I think the music that hits you when you're innocent stains your soul," says music journalist Holly Gleason. In other words, the songs you hear as a kid stay with you. Some of this year's inductees have a clear line of musical DNA that leads to today's stars.

"You can't deny the impact Donna Summer had on Madonna or Beyonce or, to an extent, Rihanna," Gleason says. "Donna put it out there, and all of those women picked it up."

The influence of blues master Albert King has been similarly well-documented. King has inspired legions of guitarists since his 1967 Stax hit "Born Under a Bad Sign." Performers ranging from Eric Clapton to John Mayer have cited King's impact on them (Mayer will induct King into the Hall), but Gleason says she has learned to measure the influence of legendary musicians through the music younger bands listen to on the road.

"You might be at a Kenny Chesney show and you'll hear Albert King coming off one of the band buses," she says. Or another of this year's inductees: "You'll be backstage at a show with Grace Potter and the Nocturnals and they may be listening to Randy Newman, of all things. You don't expect it, but when you step back and look at what they do, you can usually get a broken line into, 'Oh yeah, that makes sense.' "

Sometimes the influence of a musician sneaks up over time — other times, it grabs hold immediately. When Vijay Iyer was a teenager in Rochester, N.Y., he listened to a steady diet of pop and rock on the radio. But then he heard Public Enemy in college.

"There was an edge to it, just sonically, that was really intense," the jazz pianist says. "They had that kind of incantatory quality that was really arresting — especially for me as an adolescent at that time."

Elements of that sound, as well as Public Enemy's mission, made their way into his own music. "I think in intensity and density and sonic thrust, you can hear it in certain aspects of my trio music," Iyer says. He adds that the music he plays today has a lot to do with helping him understand who he was, as a child of Indian immigrants growing up in the lily-white suburbs. "For me it was more about becoming a 'person' in America, which meant finding a space to be accepted as an individual and not a type," he says.

Sometimes you don't have to look any further than home to find your role models. Gleason says the Seattle-based '70s band Heart, led by sisters Ann and Nancy Wilson, was an unlikely influence on a bunch of Pacific Northwest grunge rockers 20 years later.

"When you look at all the bands that came out of Seattle — the Nirvanas, the Pearl Jams — they are huge fans of those girls," Gleason says. "I was talking to someone up there who's a critic, and I said, 'This makes no sense. They hate gloss. They hate slick. They hate shiny.' And the guy looked at me and said, 'No. They rock.' "

When you get down to it, maybe it's just that simple.