Accessibility links
What The Nick Drake Tribute Album Taught Me About Art And Love : The Record Some music feels so personal, it's hard to think about sharing it with anyone else. A new tribute album of songs by the folk singer Nick Drake (featuring many musicians who themselves hold Drake dear) tests the limits of one critic's ability to share that love.

What Nick Drake Taught Me About Art And Love

What Nick Drake Taught Me About Art And Love 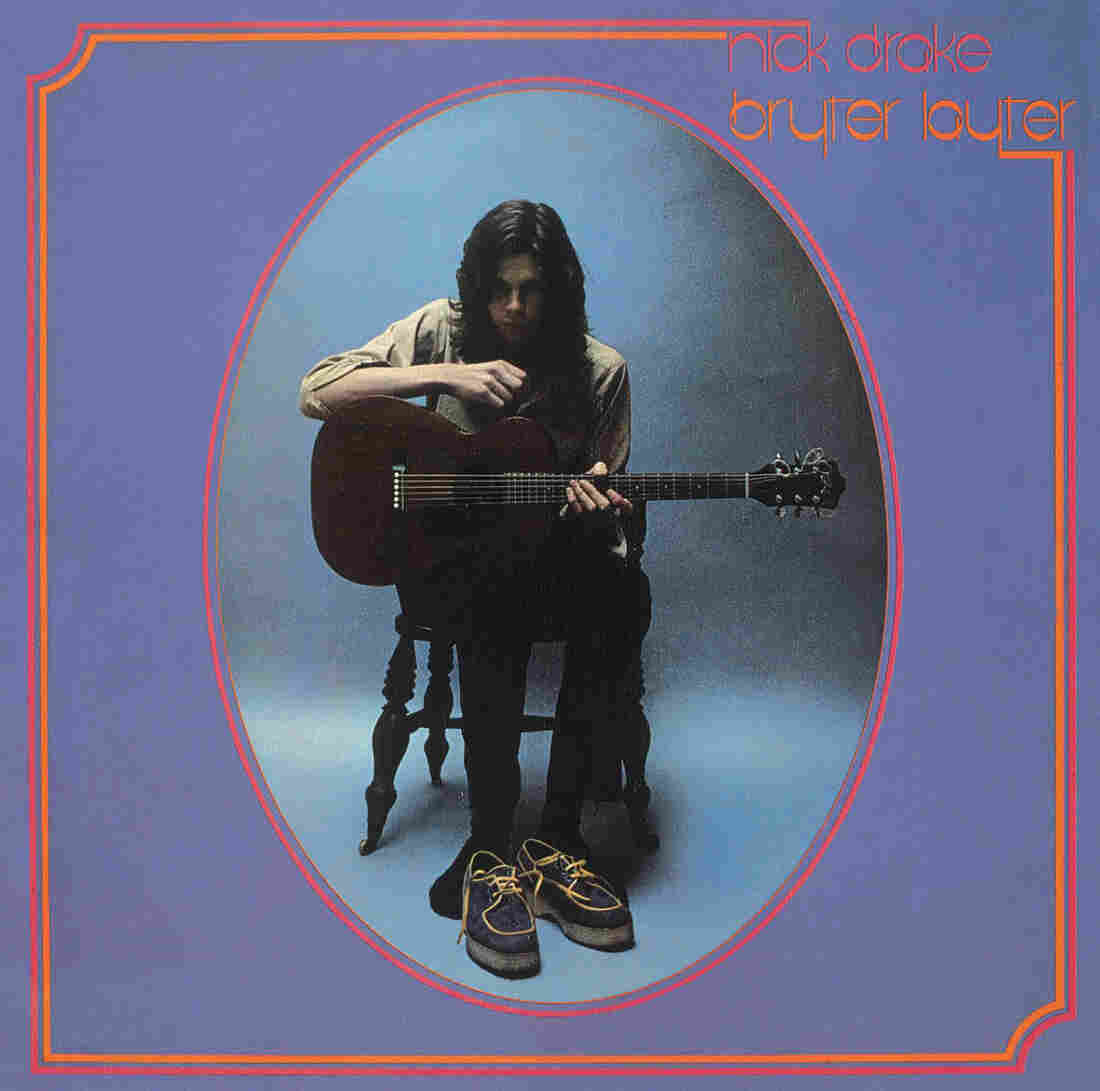 It was in Seattle's Frye Art Museum that I first found endless love with a work of art. My mother often took us there to look at the landscapes and portraits bequeathed by the culturally aspirational owner of a local meatpacking plant. The canvas that fascinated me was one of the sentimental painter William Bougeureau's many little shepherdesses, chaste yet Lolita-like figures that signified Victorian innocence. My sad shoeless girl, all alone in a vast, rocky landscape, seemed to know the unspoken yearning my middle school melancholia. Her beauty was austere and aloof, but through a trick of perspective, her eyes seemed to follow me. I felt that she had a secret that was unspeakable, but also magically mine.

This feeling of forming an inviolable relationship with someone else's creation was one of the most important in my young life. Adoring the shepherdess, I discovered how it felt to let an an artwork open up my senses and mark a new route on the map of my imagination. Her strangely adult face attracted me and made me wonder how my own eleven-year-old face would look once new feelings — ungovernable love, unplanned-for loss — had changed it. The stick in her hand became a prop in the stories I made up about her: art turning me into an artist. The Wordsworth-worthy mountain scene behind her gave rise to dreams of wandering into the unknown.

Hear An Interview And Songs From 'Way To Blue: The Songs Of Nick Drake' 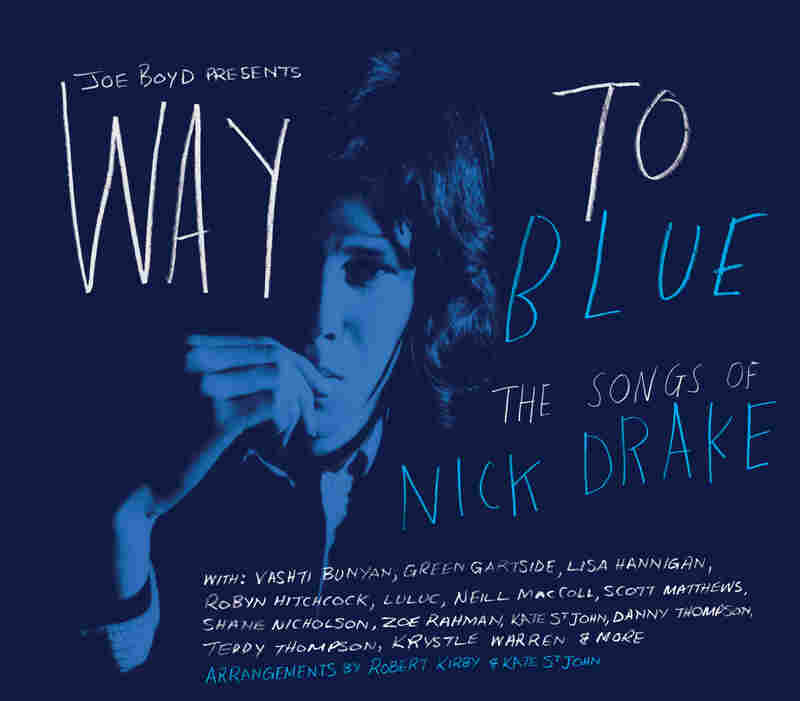 The tribute album Way To Blue: The Songs of Nick Drake. Courtesy of the artist hide caption 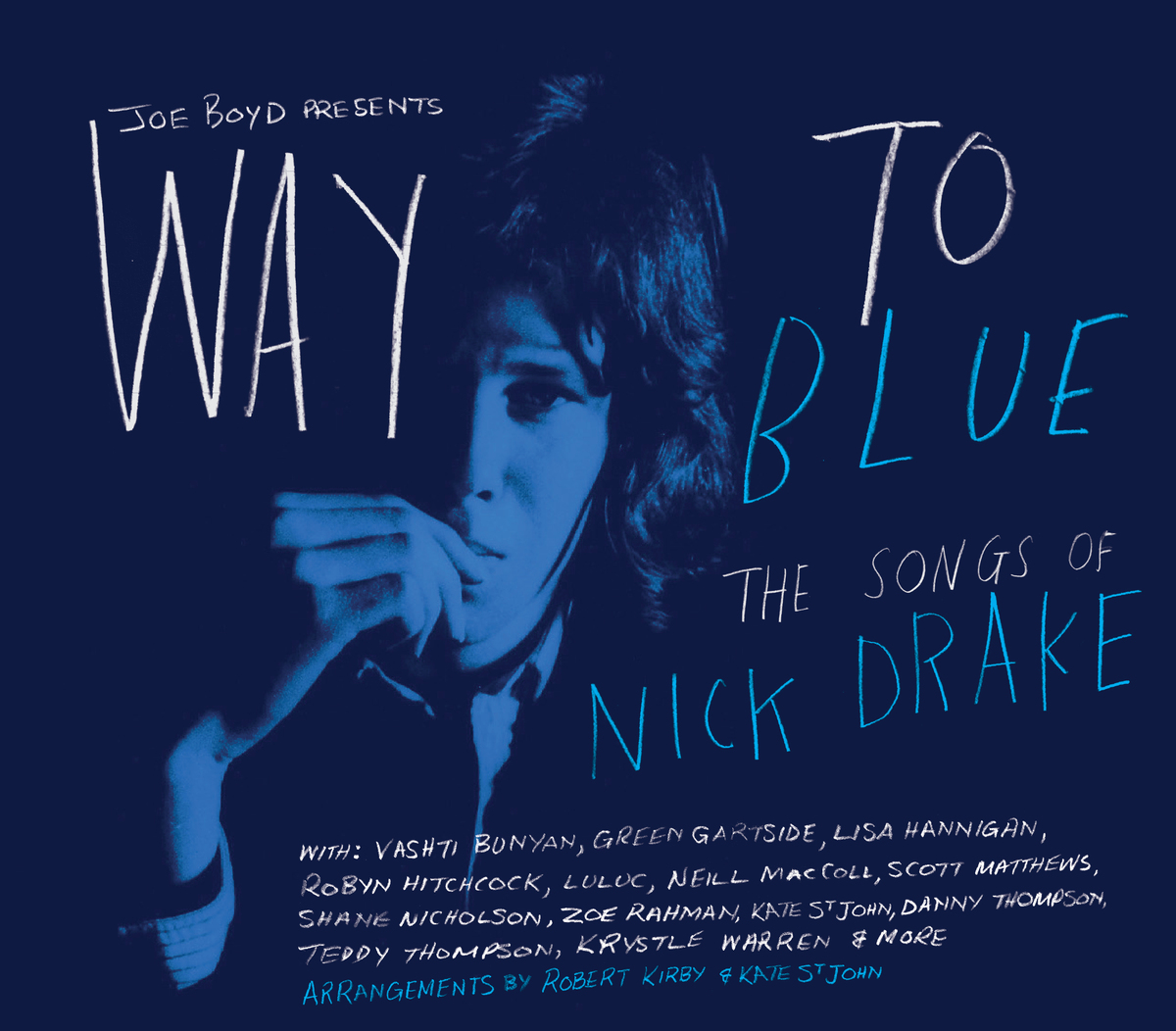 The tribute album Way To Blue: The Songs of Nick Drake.

Pondering a painting more educated art lovers would have considered utterly sentimental, I felt what a lover feels: that rush of intimate discovery, opening up a longing to be discovered in term. This is how art can move us heart first. For me, that thrill has only rarely come again. I also needed art to help me connect with others. Memorizing and giggling through Monty Python skits, dancing to The B-52's, sharing my opinions of Salinger and C.S. Lewis in my Christian Themes in Lit class — these were the ways I made and kept friends and started to define myself as a public thinker. I enjoyed that process so much that I became a critic and made it my living. Thirty years since I wrote my first record review for my high school paper, I'm still absorbed in that outward-reaching process of contextualizing, interpreting and turning others on. I love what I love, but I'm quick to give it away.

Yet I keep the memory of my shepherdess carefully ensconced in a corner of my consciousness, so I always remember that art can hit me in ways that feel utterly personal and impossible to fully articulate. Only one other presence inhabits that interior space: the voice of Nick Drake. Ever since an otherwise regrettable boyfriend gave me a homemade cassette sampler of his songs a decade after those afternoons at the Frye, I've listened to the music of this obscure British singer-songwriter, who died in 1975 at age 26, in the same possessive way that I once locked eyes with Bougeureau's beauty. My journalist's urge to share the news of his greatness has battled with a more fundamental wish to keep him to myself.

That's a fool's game, because more people all the time are coming to the conclusion that only they can really understand Nick Drake. We're all Gollums when it comes to those few recordings (hissing my precious! Isn't polite while listening to genteel English folk music, but I've been tempted at times), but unlike Tolkien's antihero, we're not singular creatures.

"Every week, somewhere in the world, singers gather in clubs and halls to sing the songs of Nick Drake. It is sobering to think that more people hear his songs in a month than ever heard them in his lifetime," writes Joe Boyd, the producer who championed Drake in life and has been has been central in sustaining his posthumous legacy, the liner notes to the new tribute album, Way To Blue: The Songs of Nick Drake. Boyd goes on to note the special things about Drake's recordings: murmured vocals, recorded close to the mic; guitar parts that sound easy but are really very intricate and hard to imitate; lyrics exploring subtlest shades of solitude and sadness. These make Drake's songs feel extremely personal. The fact that he found little success before losing his struggle with depression adds to the sense of secrecy. Many, many people have felt, as I do, that Drake's three albums are ultimately meant for their ears alone.

We who love Nick Drake love him each in our own way, and embrace each other warily, arms a little stiff.

I felt both glad and, in my greedy heart, a bit disturbed as Drake's three reissued albums gained first a cult audience in the 1980s, then a bigger one in the 1990s, and finally a moment of real fame, driven by an uncannily beautiful Volkswagen commercial, in the early 2000s. Good books have been written about Drake, and many graceful musical tributes have been staged. These commentaries and reinterpretations have made clear that many of his fans feel as I do, that his particularly inward-turning style of music-making communicates a feeling of privacy so exquisite that sharing it seems dangerous. We who love Nick Drake love him each in our own way, and embrace each other warily, arms a little stiff.

So I waited a few days to pop in the advance CD of Way To Blue, the culmination of a decade's worth of live concerts organized by Boyd and Kate St. John, a multi-talented musician and lifelong Drake devotee. There was no need to worry, because, in fact, Boyd himself has worried so much. Those concerts, first staged in London and then in several other cities internationally, have reflected Boyd's valuable fussiness about how Drake should be represented. The participants form concentric circles around Drake's legacy. Double bass player Danny Thompson recorded with him, and the late Robert Kirby, who provided string arrangements, did so on Drake's recordings, too. Some of the many singers involved either knew Drake (Vashti Bunyan) or have family who did (Teddy Thompson, whose mother actually briefly dated the deeply shy artist); others have built their own styles informed by his work (Lisa Hannigan, the Australian duo Luluc). Still others bring something fresh, but in a way that Boyd feels is appropriate. He always dreamed of getting Roberta Flack to record a Drake song; the emerging talent Krystle Warren, whose voice and intonation recalls Flack, fulfills that wish.

Though it features performances from several of the concerts Boyd and St. John put on, this album has the feel of one respectful but easy evening. There's a natural flow to the sequencing as one song gives way to another; on a few tracks, singers collaborate, trading verses and sharing harmonies. Boyd and St. John's "Way To Blue" concerts have been going on in one form or another since 2000, and the performers they feature are mostly old hands at interpreting Drake. This team has taken its time, and the care shows.

I liked the names I recognized on the track listing, and after some Googling, was intrigued by the others. But these singers were the element that would challenge any Drake Gollum. Though Drake's guitar playing is as essential to his sound, his soft intonation, ever evocative of closed doors, is more difficult to honor. Straight imitation strips it of its hothouse flower beauty and vulnerability; veering too far away from his phrasings would break the spell.

Luckily, the eight vocalists representing Drake here are nearly as neurotically thoughtful as is Boyd. Some, like Robyn Hitchcock and Teddy Thompson, have searched out the exact spot where Drake's inimitable voice meets their own. Others grab on to a particular element within that style and pull. Lisa Hannigan's furtive "Black Eyed Dog" highlights Drake's rhythmic sense, while Vashti Bunyan, considered by many to be Drake's female artistic match, explores his subtle, hesitant sense of timing. Collaborating on the almost welcoming "Saturday Sun," Hannigan and the Australian duo Luluc find a stillness in harmony that touches the widening calm of Drake's own voice.

These interpretations all go down like afternoon sunlight, easy to absorb. But "Way To Blue" also challenges devotees to loosen up their sense of ownership over Drake's sound. My first flinch came when Scott Matthews, an English singer I'd never heard before, let forth a certified yowl in the middle of the second verse of "Place To Be." Nick would have never done that! The first two times I heard it, I fast forwarded as quickly as I could. The third, I forced myself to stick it out. Now I almost look forward to it. The same thing goes for Krystle Warren, who sounds more Nina Simone than Flack at certain points on "Time Has Told Me," as she teases out the song's undercurrent of gospel blues.

Listening to the challenges and the sweetness this collection offers, I've realized that what Nick Drake's music gave me, and keeps giving, is not unique. Instead, it's fundamental. Drake's albums revealed me to myself as a listener. In the one interview that was published during his lifetime, Drake told the journalist Jerry Gilbert that he wrote his songs for the studio, not for live performance. But he wasn't a Brian Wilson type, crafting symphonies in his head. The stories he shared were far more contained. Instead of exploring self-expression's outer limits, his songs represent its first delicate tendrils emerging from the seedbed of his mind and his heart.

Nick Drake's songs are about gaining the confidence to speak, and sharing confidences, saying what can be only said to those you trust. To listen to this music is to learn how to listen — just as locking gazes with that shepherdess was, for eleven-year-old me, a way to learn how to see. Joe Boyd's dedication to Nick Drake has now provided those who love him possessively a chance to listen just a bit differently. It's good to know, after all these years, that this music can still enlighten newcomers and jealous lovers alike.