Accessibility links
The Canadian Astronaut's Accompanist : The Record Canadian pop Singer Emm Gryner has known astronaut Chris Hadfield for years, which made her a perfect collaborator on his cover of David Bowie's "Space Oddity." It doesn't hurt that Gryner has worked with Bowie himself, as well. 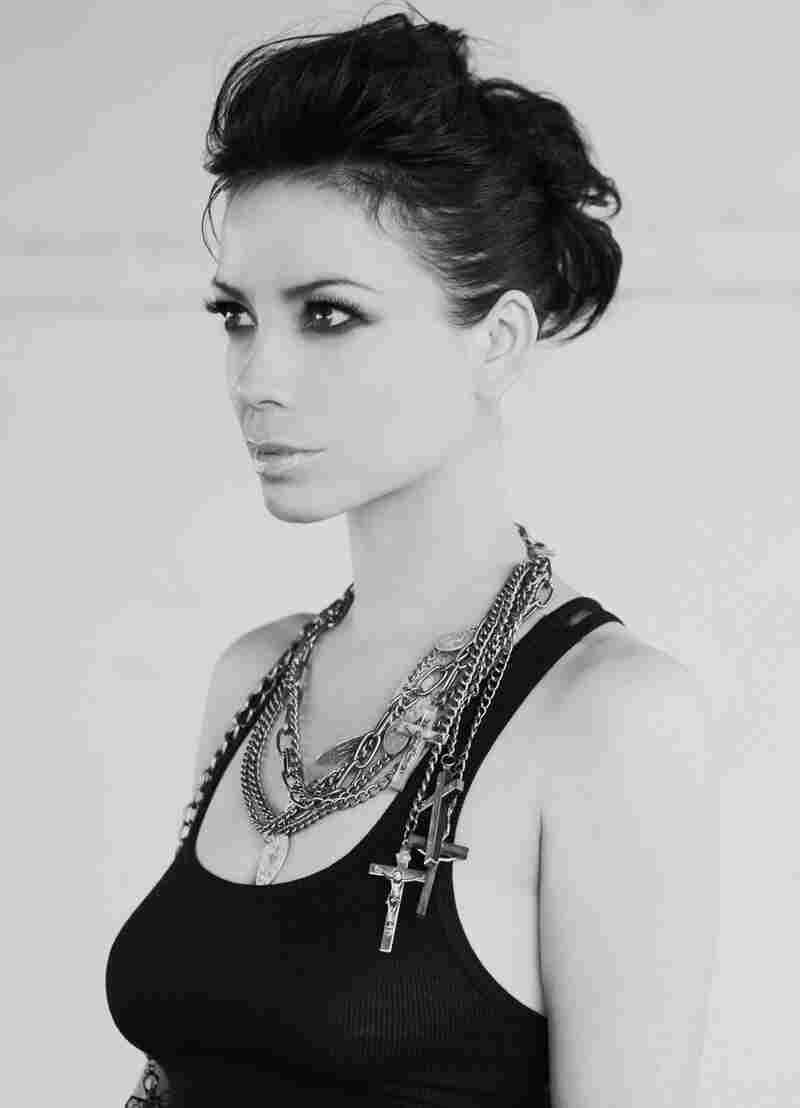 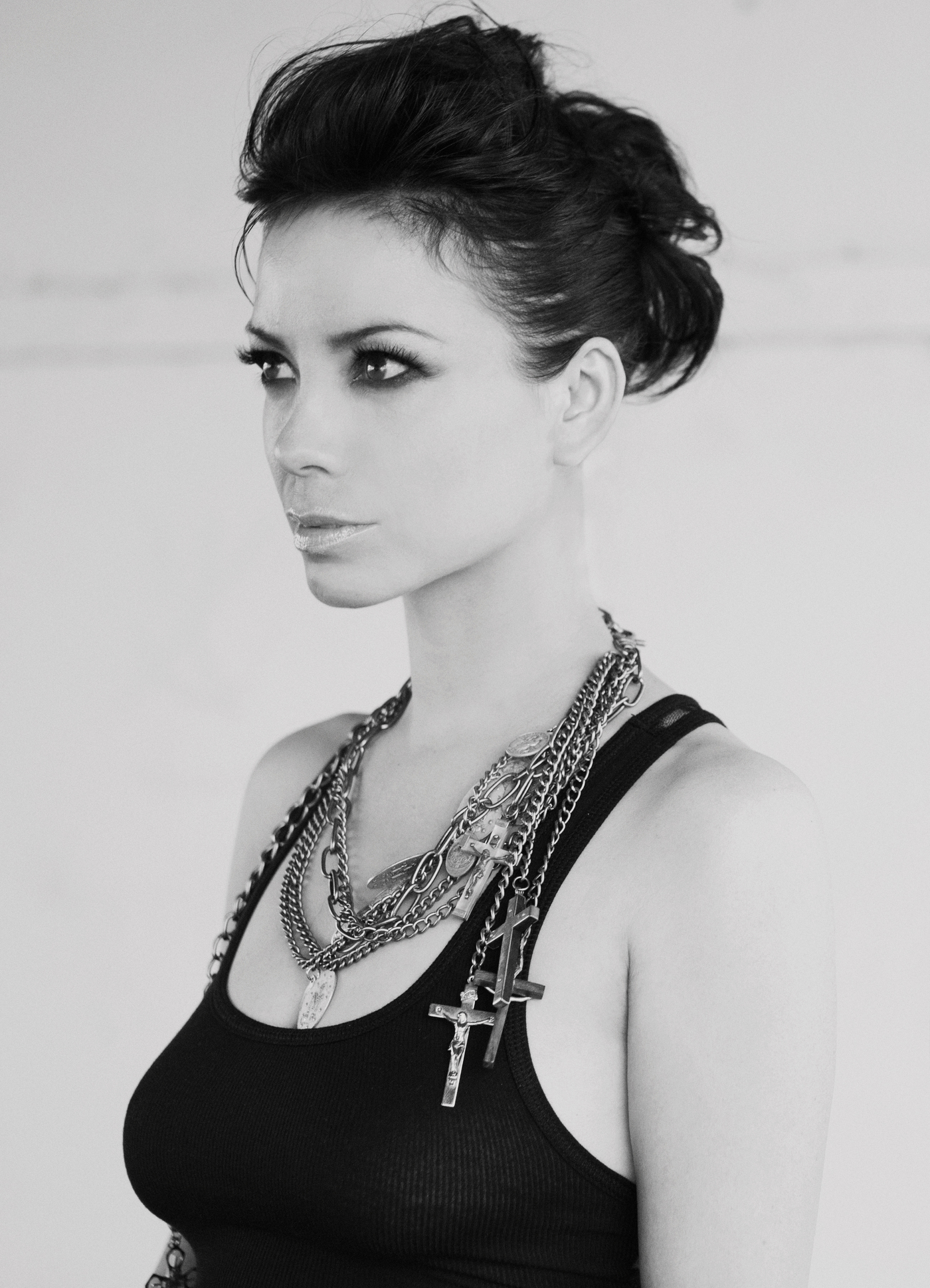 Jessica Weiser/Courtesy of the artist

The 37-year-old singer-songwriter, who's been friendly with Hadfield since he took her album Asianblue with him on a mission in 2002 (its song "Christopher" was inspired by him), was already discussing a collaboration with him on his musical farewell to space when he said, to her delight, that he'd chosen Bowie's classic. Hadfield recorded his vocal and the video footage at the ISS; Gryner wrote and performed a piano accompaniment and enlisted producer Joe Corcoran to complete the track. Hadfield's son Evan produced the video with help from editor Andrew Tidby.

Gryner is one of those Canadian treasures who's well established north of the border but remains an underground artist in America. Her long and varied career has yielded more than a dozen studio albums and EP's, most on her own Dead Daisy label. She released a greatest hits album last year and is currently touring with the trio Trent Severn — a kind of Pistol Annies of the North, named after the waterway connecting Great Lakes Ontario and Huron. I reached Gryner via email to chat about her insights into space music and the view from north of the border.

When I watched the "Space Oddity" video (mesmerized, staring at my iPhone in my car outside a Chipotle burrito shop), I instantly realized that what made it great was not just the unique setting or Chris's gorgeous vocal, but the musical arrangement. You played a key role in that. Tell us about recording the song and incorporating sounds from space.

It started with the piano idea. I wanted something cinematic that might capture that feeling of being in orbit. But it had to be more than that so that's when I enlisted Joe Corcoran to produce it up. I liked the idea of using ambient space station noises because so many of them are so interesting sounding, and even more intriguing to use them in a recorded song as it hasn't been done very often. Or ever? Not sure.

You sang background vocals with David Bowie early in your career. You'd never sung "Space Oddity" with him, though. It's daunting to recreate a song so central to the rock canon. How did you keep Bowie in mind while working with Chris?

I can't speak for what Bowie would like but I know that from my time hanging out with him he has his finger on the pulse of what is new, modern and young, despite being a legend. I think the fact that both Joe and I love Bowie drove us to try to stay true to the original but just update a few of the sounds. I also feel like the vocal had to really be the feature, as Chris' version is so compelling and that's what the real joy of the song is all about. Oh — and the fact that's a brilliant song!

Emm Gryner, behind the keyboard, sings background vocals on "Ashes to Ashes," in the 2000 release Bowie at the Beeb.

Your other recent project, the folk trio Trent Severn, is as local to Canada as "Space Oddity" is interstellar. You write and cover songs that specifically reflect your home country. Can you talk about how your view of being a "local" musician, and a Canadian one, has evolved over the course of your career?

Trent Severn is a band I see myself being in for years on end. We love our country and we love digging up stories of legends and peers and putting a banjo or fiddle to them. I've been pulled in a folk/roots/country direction for quite some time now — as a result of touring Canada, Ireland, living in rural Ontario — just seeing what kind of music really entertains people. We are also doing it for ourselves, no industry, label or manager and it's going so well operating that way!

Last year you put out a Best Of album representing your long-flourishing career in Canada. You've been an independent artist, running your own label, for years. This must give you a different perspective on the revolution in the music industry that's happened in the past decade — you were already doing what every artist must do now. Do you feel like you've gotten the last laugh?

I feel like I've learned a lot of lessons. I learned mostly that chasing stardom, or chasing labels or a big hit is a waste of energy. I also glimpsed fame by touring with Bowie and that was a real eye-opener. It challenged me to answer what it is that I love about the whole music-making thing and honestly, it's the process, it's being able to do things my own way and to have a calendar that allows me to have a life, a family and to do things like this "Space Oddity" project at the drop of a hat!

Your sound is so diverse, ranging from intimate ballads to electro-pop to the rootsy sound of Trent Severn. I know this is an impossible question for an artist, but where should a listener start if she wants to get to know Emm Gryner?

Well, you can start with The Best of... and once you're drowning in melancholy you can pick yourself up with Trent Severn, crack open a beer and have a laugh.