Accessibility links
Homemade Music Before YouTube, Fruity Loops Or Bandcamp : The Record A book and CD set catalog the music of amateurs made between 1958 and '92 — when it wasn't so easy. 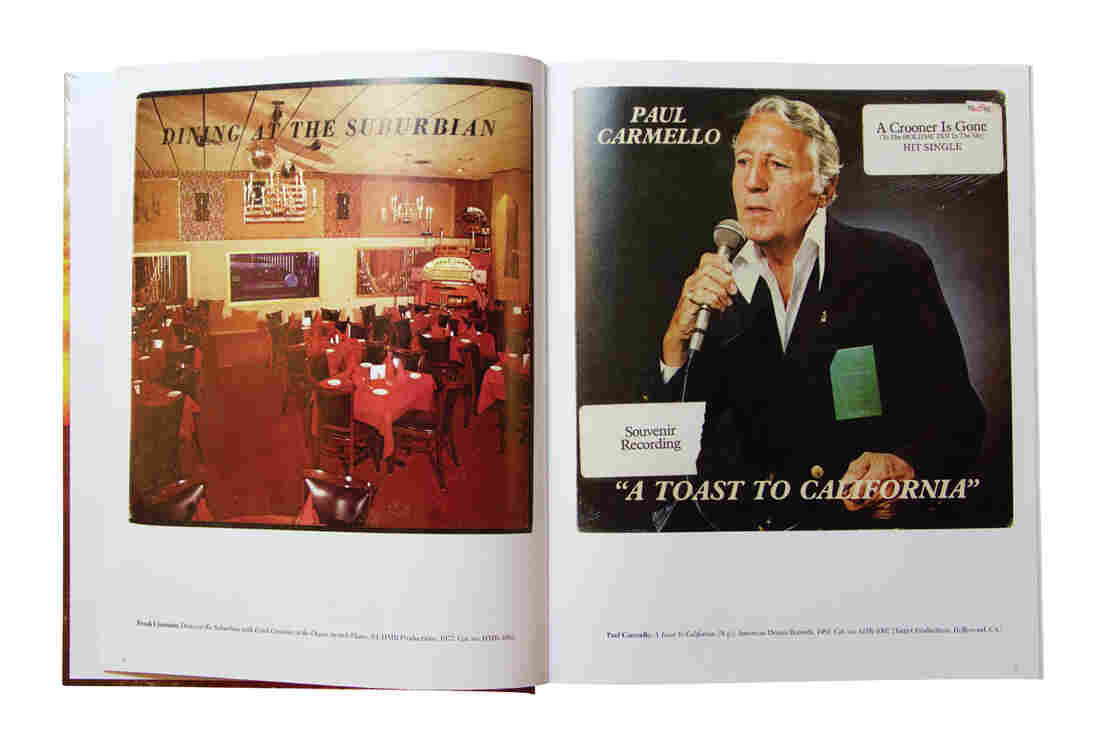 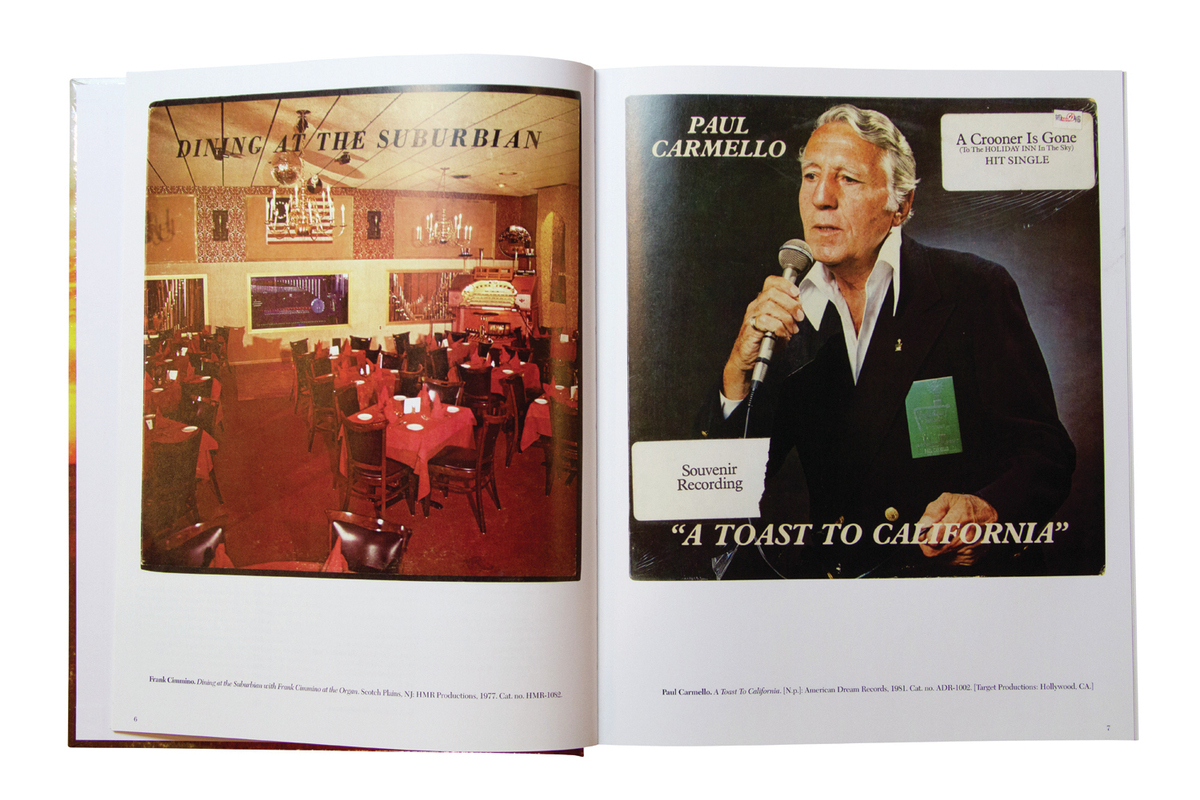 Interior of Enjoy the Experience.

A tween homeschooled by her veterinarian parents who wants to be a singer. A husband-wife duo taken with psychedelia, swinging, no-budget horror movies and the teachings of guru Sai Baba. A New Jersey truck driver who hoped Waylon Jennings would sing his songs. A Dallas musician who looks like a cross between Miles Davis and your high school chemistry professor. A scrawny Minnesotan Ph.D. student with a Barry White-deep baritone.

What do these folks have in common? All were dreaming of pop music stardom when they recorded and released their self-penned music. Each of them did it without the help of a record label. But some of them had it easier than the others.

The difference is generational: while now one can upload content to platforms where it can be found with little effort by millions, for free (as in the cases of first and last examples, Rebecca Black and Tay Zonday), from the late 1950s to the early '90s, the three other aspiring stars (33 1/3, Kenneth Higney, Cleo McNett) paid out of their own pockets to press their music on vinyl. And then, without distribution, radio play, buzz or press coverage, their music languished in basements or crawlspaces, accruing dust and mold. It is the spirit of the latter that inspired the art book Enjoy the Experience: Homemade Records 1958-1992, released this month by Sinecure Books in conjunction with New York's Boo-Hooray art gallery, with a companion 2-CD set of some of the choicest bits.

The relative technological ease of contemporary music-making underscores the main difference between today and an era bygone. "These days, anyone can and does upload homemade music all the time," says Johan Kugelberg, the collector who conceived of and edited Enjoy the Experience along with gallery manager Michael P. Daley and Paul Major, the record collector/dealer who contributed his personal collection to this catalog. In an email, Kugelberg cites the examples of Zonday and Black, but distinguishes them as "everyday people" who simply got their music to the masses. Home-recording technology and the existence of networks that amplify conversation and exposure helped too. Whereas private press artists were singular in their effort against extreme odds, says Kugelberg. "It's the cumbersome nature of putting out your own record, which meant that only the most energetic, driven, crazed and idiosyncratic came to the endgame of the self-released record."

So while Zonday's video for "Chocolate Rain" might be naïf and unpolished, it cannot touch the innate weirdness of someone like Higney. For a fleeting moment, Zonday was able to become culturally integrated via late night television and commercials (even if he was being gently mocked), but one would be hard-pressed to imagine a Higney song like "Funky Kinky" ever crossing over, much less making it into Waylon Jennings's repertoire, regardless of era.

"I think the difficulty made the difference: the inertia of the culture, the heavy industry fix," author William Gibson writes in the introduction to the Enjoy the Experience CDs. "The inertia these brave souls overcame for the sake of their music no longer exists." So while now normal people can upload remixes to Soundcloud and major label A&R people scour the web for new talent, the walls were too high to scale for much of the 20th century. The book shows the album art for releases from unknown artists of all stripes. Some sleeves evoke outsider art, others would give graphic designers and typographers fits and some are laugh out loud awful. One record promises the greatest collaboration ever: Beatles and Jesus Christ, even though it's only a Pennsylvania pastor ranting against the Liverpudlians for two sides of a record.

While Kugelberg has always gravitated toward DIY punk singles, even as a teen, he only began amassing a sizable collection of private press records when he "had the epiphany that this constitutes an American vernacular like crazy quilts or regional pies." In the book one comes across curios from across the country: Christian folk singers from Nashville; Lothario lounge singers located in the Poconos or Hawaii; a hive-haired housewife from Ohio; an off-key disco singer from Huntington Beach; a Satanist heavy metal kid from East Elmhurst, Queens. All are represented in the 500+ page tome.

And if the above-listed sound like they hew toward a certain segment of the population, it's not entirely incidental. "Mostly it was white, middle-class people that could afford to pay for having a record made," Kugelberg explained of the underlying socioeconomic divide in these private press artifacts. "Inner-city Latin and African-American communities always had a lot more tiny record labels operating there, who were willing to take a chance on a local artist."

In the 21st century, reissue imprints like Chicago's Numero Group and Oregon's Yoga Records gravitate toward artifacts like these. "Private press records are inherently genuine," says Matt Sullivan, co-founder of Seattle's Light in the Attic label, in an email. "These records can be the ultimate statement of an artist expressing their work with no outside pressures from producers, record labels or managers — sometimes for bad, often for good." Case in point: the label last year reissued Donnie and Joe Emerson's Dreamin' Wild, a record written, recorded and pressed up in 1979 by two teen brothers in matching white jumpsuits from the tiny logging town of Fruitland, Wash. Light in the Attic also released a compilation called Country Funk, which featured "Piledriver," a song from a private press legend named Dennis the Fox, who cut just one record back in 1975 (the song also appears on Enjoy the Experience). "'Piledriver' has to be one of the weirdest, coolest tunes ever cut to tape, talking about the truck-driving life from the perspective of a female truck driver," Sullivan says. "Sadly, few major labels would've taken a chance on a tune like that, then or now."

It's that unfiltered quality, that peculiar, even delusional, perspective that resonates for fans and collectors as well as other musicians. Famous musicians who collect such product range from jazz composer John Zorn to former Dead Kennedys frontman Jello Biafra. The book also thanks West Coast turntablist/producer DJ Shadow, who named his 2002 album The Private Press in homage to such discarded dollar bin fare (Shadow even sampled the aforementioned Cleo McNett for his song "Why Hip Hop Sucks in '96").

Paul Major, who some music fans may know from his lurching psychedelic rock group Endless Boogie, is one of the key resources for Enjoy, having sought out these rarities since the early '80s. In the CD liner notes, Major describes the sensation of listening to privately-pressed recordings as being almost uncomfortably intimate: "I get a 'twilight zone' sense, an underlying warm but surreal eerie feeling, demonstrating the superior inscrutable strangeness of reality and people over supernatural imagined worlds." In enjoying such an experience, fact is stranger than fiction.