Accessibility links
How To Cover A Dance Track : The Record Dance music tends to be a groove medium, not a song medium, but there's been a growing trend in covering dance tracks — and as the EDM juggernaut continues rolling forward, it begins to make more and more sense.

How To Cover A Dance Track

How To Cover A Dance Track 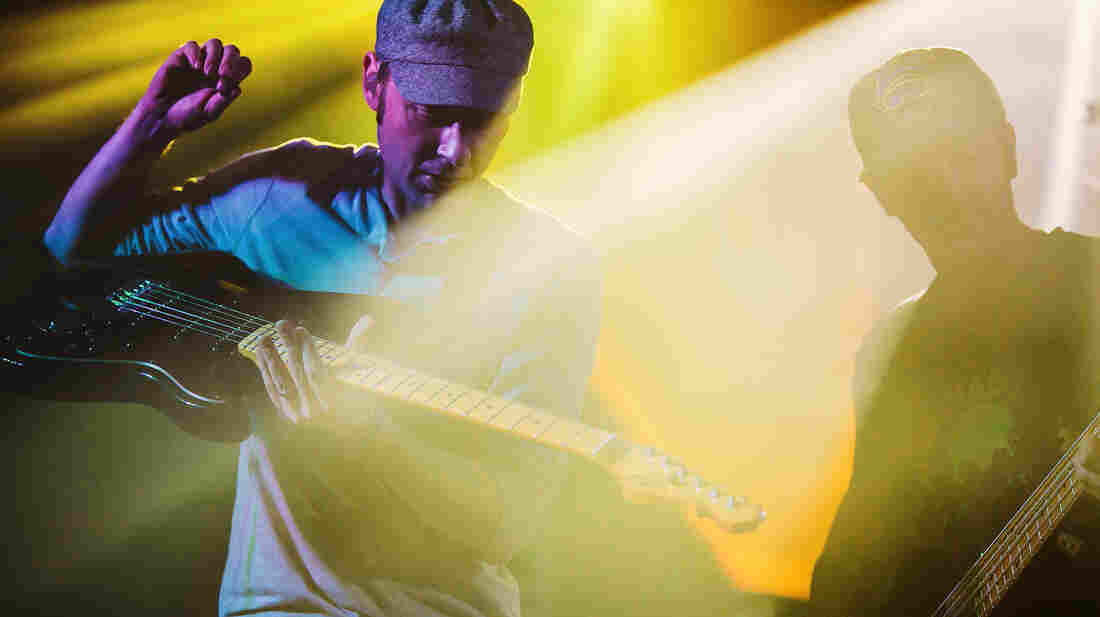 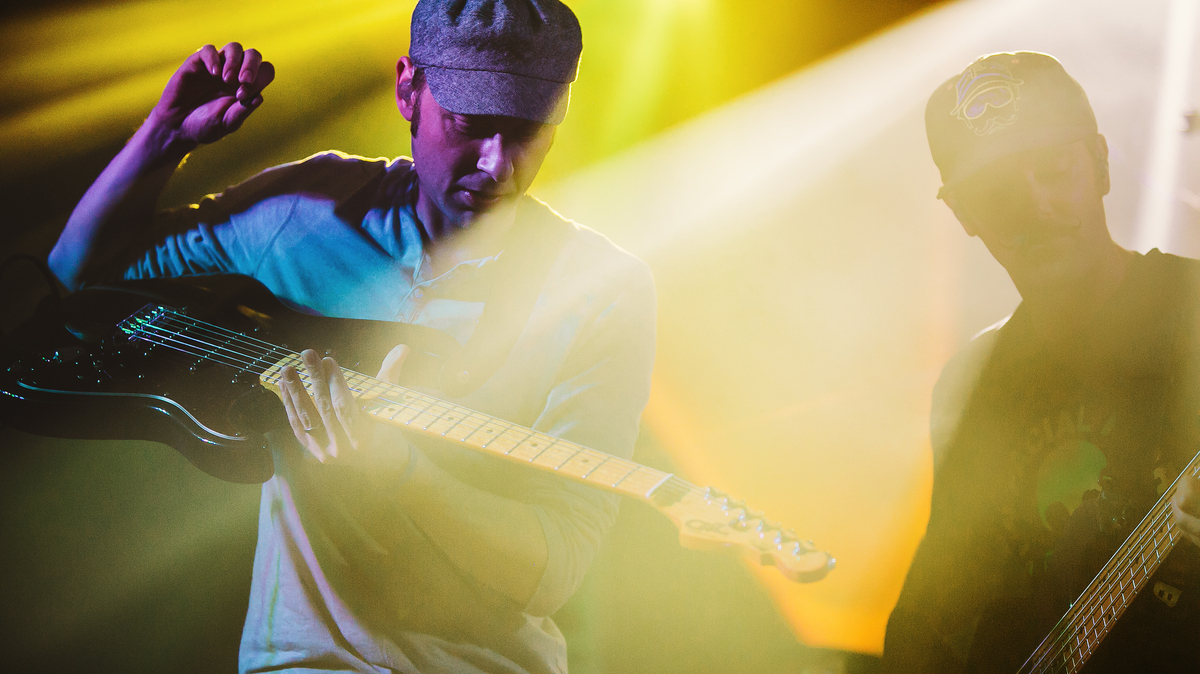 In the web age, a cover version of a pop song acts as tradable coin in the link and page-count economy. You can get more eyeballs by offering a unique take on a well-known song than you can by offering something brand new — especially if you're a newcomer. That's meant a boom in instant covers of big hits, from Gnarls Barkley's "Crazy" to Carly Rae Jepsen's "Call Me Maybe." And even before YouTube came along, in the mid-2000s, CD series such as the many editions of Kidz Bop, Vitamin Records' various string-quartet covers of classic albums (Prince's Purple Rain, Radiohead's Kid A), and Rockabye Baby!'s lullaby renditions of the classic-rock canon offered a passel of novelties.

That's pop music — a song medium. Dance music, by contrast, tends to be a groove medium, not to mention a sonic one. "Techno music in general [tends to] consist of 80 percent sound, maybe 15 percent rhythm, and maybe five percent melody — and no harmony," says Gregor Schwellenbach, a German chamber-music composer whose new album, Gregor Schwellenbach Spielt 20 Jahre Kompakt, reinterprets the Cologne techno label Kompakt Records' catalog for piano and strings. (Note that Schwellenbach didn't mention "lyrics," because 95 percent of the time there aren't any.) "When I take the sound away, and only take the melodies and rhythms, the main element is gone."

Most of the time, dance producers are content to simply sample whatever records strike their fancy — with or without legal clearance. But there's been a growing trend in covering dance tracks in recent years — and as the EDM juggernaut continues rolling forward, it begins to make more and more sense. This is a pop style now, as up for grabs as anything out of Disney. (Some of it, of course, is out of Disney, and you can bet more will be in short order.) But, even more, purist dance fans are feeling the weight of history; they're ready for covers that open up something new in their old chestnuts. House and techno and downtempo and drum & bass and, yes, dubstep all have their easily identifiable hits, as recognizable and, if you're jaded enough, as tired as something like "Hey Jude": Really? That one again?

It makes sense that this year's most vibrant hit comes from Daft Punk, the one act that unites every side, even if "Get Lucky," by dint of being a vibrant and unabashed pop song, invited brickbats from dance hardliners. Whatever you think of the new album in full — not much, in my case — with its champagne-popping atmosphere, irresistible chorus and ultra-modern sheen, "Get Lucky" is precisely the kind of song, like "Crazy" or "Call Me Maybe," that invites lots of interpretations, and the web has been awash in them.

The most popular of these is the downcast, atmospheric indie cover by English trio Daughter that plays that old "finding the dark heart of a happy song" card. (Music blogs are such easy marks for this trick it isn't funny.) At the opposite end of the scale is a version played on recorder by Denmark's Ivan Tønder. Most unexpected was a cover by the Chicago-based jam band Umphrey's McGee, who threw "Get Lucky" into its set at Stubb's BBQ in Austin, Texas, on April 20, the day after the song was finally released after months of public teases.

According to the band's singer-guitarist, Brendan Bayliss, Umphrey's got the idea to do the song when a friend "sent the band a link to the song minutes after it was released." In an email, Bayliss continues: "Ryan [Stasik], our bass player, is very into social media, and he was getting several emails and other messages from friends suggesting we cover it. He really pushed the idea and the next day we played it loosely during soundcheck and decided to give it a try that night. There's definitely a surprise factor, especially covering something that has only been out for a few days, but I was happy to see so many people recognize the song and singing along. You could see a few people looking at each other saying, 'Wait—?' As soon as they realized what was happening you'd see high fives and smiles."

This isn't the first time Umphrey's has covered Daft Punk — the band has incorporated three other of the duo's songs into various sets, notably meshing "Robot Rock" with their own "The Triple Wide" on Halloween 2008. It's hardly the first time the Daft Punk songbook has been plundered by others, either. "Digital Love" in particular has received several covers: among them, the Danish popsters Alphabeat (who turn it into a campfire sing-along) and, at a recent BBC session, British indie rockers Noah and the Whale, who turn it into a scruffy rocker that, far from evoking loved-up Peter Frampton, could have been played at prime-era CBGB.

That's a switch from the early days of electronic-dance covers, many of which were novelties. Take the Willams Fairey Brass Band's 1997 album Acid Brass. Williams Fairey was a Manchester outfit, part of a longstanding northern-English tradition of working-class brass groups, covering the standards: a previous album featured versions of "Don't Cry for Me, Argentina" and "Send in the Clowns." Acid Brass took on turn-of-the-'90s English rave hits such as the KLF's "What Time Is Love?" and early Chicago house DJ Kenny "Jammin'" Jason's "Can U Dance."

Acid Brass was an obvious novelty, which didn't prevent the dance community from feeling flattered. "It's hilarious, I've got to get a copy of this," Derrick May told Mike Shallcross of British music magazine The Wire in 1998, when the journalist played him Williams Fairey's version of his own "Strings of Life," which May released in 1987 under the name Rhythim Is Rhythim. "It's a real honor; oh, I just wish it had been done better. They almost got it right, but ... I'm a real perfectionist about this sort of thing."

The highest profile dance-music cover to date belongs to another Detroit techno perfectionist, Carl Craig. Beginning in the mid-2000s, LCD Soundsystem began consistently covering "Throw," a single Craig released in 1994 as Paperclip People, in concert; it featured at the band's Madison Square Garden finale and the resulting movie, Shut Up and Play the Hits. LCD's studio version was an iTunes bonus track for 2010's This Is Happening; Craig released it too, with his own original on the flip side, as a limited edition 12-inch on his label, Planet E.

Now another long-renowned dance label is getting in on the act: two months ago Trax Records, Chicago's leading early house imprint, issued New Orleans producer The Madd Wikkid's Brassft Punk, which subjects four of the French duo's songs to the New Orleans brass-band treatment — a kind of update on Acid Brass that works a lot better musically, thanks to N.O. brass's heavy emphasis on rhythm.

Still, the beat is much reduced on Brassft Punk — and even more so on Schwellenbach's Kompakt album. "There is a big danger — the supernatural precision of the rhythms is a very important element," Schwellenbach says. "If you play this by hand, it can lose the feeling that makes it interesting. That's why, when I transcribed 10 Kompakt tracks, five of them were unplayable and four of them were boring. But one was very interesting."

Gregor Schwellenbach Spielt 20 Jahre Kompakt was triggered in 2004, when the composer was at a club, and struck by the long pause at the heart of the Michael Mayer remix of Superpitcher's "Happiness" — one of Kompakt's signature recordings. "I sat down with a straight academic stance and decided to write a piano reduction," Schwellenbach writes in the album's notes. On Skype, he tells me: "I transcribed a lot of tracks. I had them in my desk for some years. Maybe two years ago, I showed those tracks to the Kompakt guys. They were like, 'That's pretty cool. Could you do some more?'" He's continued to translate Kompakt tracks, well after the album was finished: "When I find music that touches me very much, I transcribe it to find out how it works. That's a usual thing."

Though some of Spielt 20 Jahre Kompakt gains surprising momentum — in particular, "Voigt & Voigt's Gong Audio," a remake of a 2007 12-inch — it's not meant for dance floors. But one of the bigger club hits — and club-hit covers — of the past year definitely was.

"It's You" is a 1986 touchstone by Chicagoans E.S.P. (Tommy Touch and Daniel Ellington). It's very intimate, despite its electronics; the vocal is muted and the production has an obviously handmade quality. Last summer the Belgian house producers FCL covered the song and made it completely different: crisp, streamlined and no bass drum (central to early house) ever kicks in. Lady Linn, who sings FCL's version, is a Belgian jazz vocalist and approaches the song from a different angle than Daniel Ellington did originally. FCL released a vinyl edition of just 150; the scarcity of the cover, and the love for it (you can read Steve Mizek detail the song's history at Little White Earbuds) prompted a run on copies and remixes. This month British dance label Defected reissued FCL's version of "It's You" with remixes from Detroit's MK, Italian hotshots Flashmob and Chicago-house O.G. Mr. Fingers (a.k.a. Larry Heard). It's proof that whatever its configuration, you can't keep a good song — or track — down.