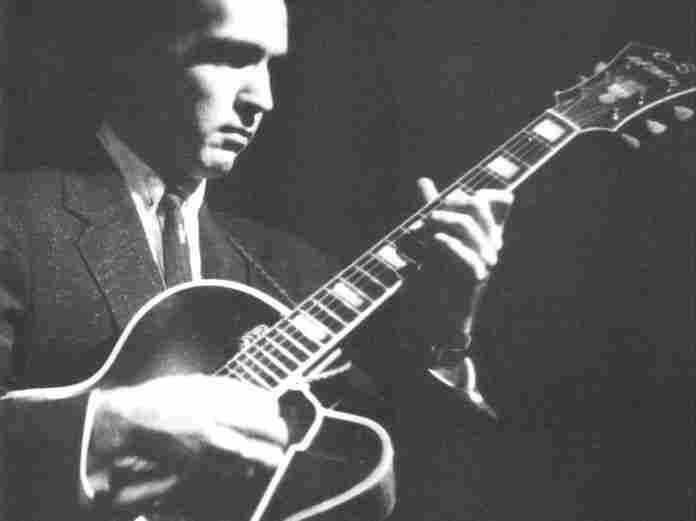 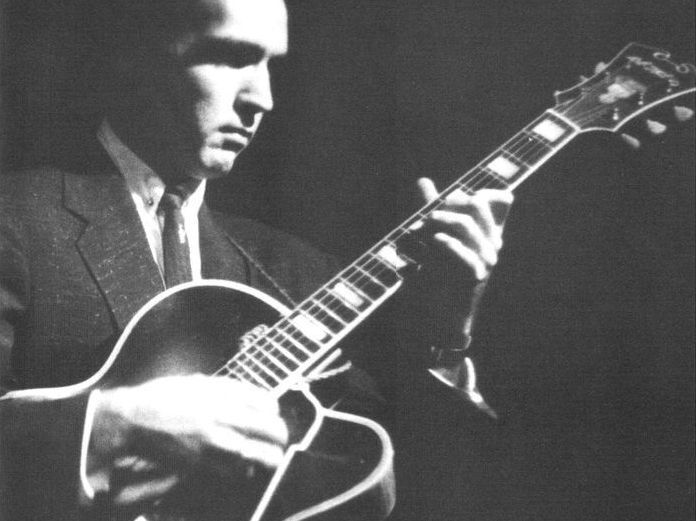 The cover image of The Complete Roost Johnny Smith Small Group Sessions, a 2002 box set of work from across the jazz guitarist's career.

The man who wrote the surf guitar anthem "Walk, Don't Run" has died. Guitarist Johnny Smith died Tuesday night at his Colorado home of natural causes. He would have been 91 years old on June 25.

Smith's tune was a Top 10 hit for The Ventures — twice. The group's 1960 recording hit No. 2. They re-recorded it in '64 and that version got up to No. 8 — at that time, the first occurrence of the same song by the same group cracking the Top 10 twice. The Ventures never heard the songwriter's '54 recording of "Walk, Don't Run." Instead, they took their version from a '57 Chet Atkins record. Chet, being the Southern gentleman that he was, asked Smith's permission after one of Smith's shows at the celebrated jazz venue Birdland in New York City. Smith readily agreed but Atkins insisted the composer hear his arrangement of it. So he played it on Smith's guitar in his dressing room.

Smith was born in Alabama and grew up in Maine. After WWII, he landed a job as an NBC studio musician. He played on Ed Sullivan and The Arthur Godfrey Show. He played under the batons of such storied conductors as Arturo Toscanini and Dimitri Mitropoulos. He could play it all — and well — but he was first and foremost a jazz guitarist. In 1952, he put together a group that included saxophonist Stan Getz. The album they recorded included blazing bebop and delicate ballads, in particular a version of "Moonlight in Vermont" that became one of the best-selling jazz records of its day.

But Smith's New York experience was not altogether happy. His wife at the time died, and he had a young daughter to take care of. So, in 1958 — at the height of his success — he packed up and moved to Colorado, where he remained the rest of his life. He ran a music store there and returned to New York occasionally to record. Smith made his last recordings — solo guitar — in Colorado Springs in 1976.

Smith was also a licensed pilot, and that brings things back to "Walk, Don't Run." Around the time The Ventures recorded Smith's tune, he was in his plane adjusting the seat when the ring finger on his fretting hand got caught in the track. He lost the tip of the finger and spent a year recovering. But he held the copyright to "Walk, Don't Run," and the royalties helped him and his family get through.