Accessibility links
Heartbreak Takes John Vanderslice To 'Dagger Beach' : The Record The avant-indie rock veteran confronted his biggest fear — being alone in the middle of nowhere — and ended up with his first album outside the label system. 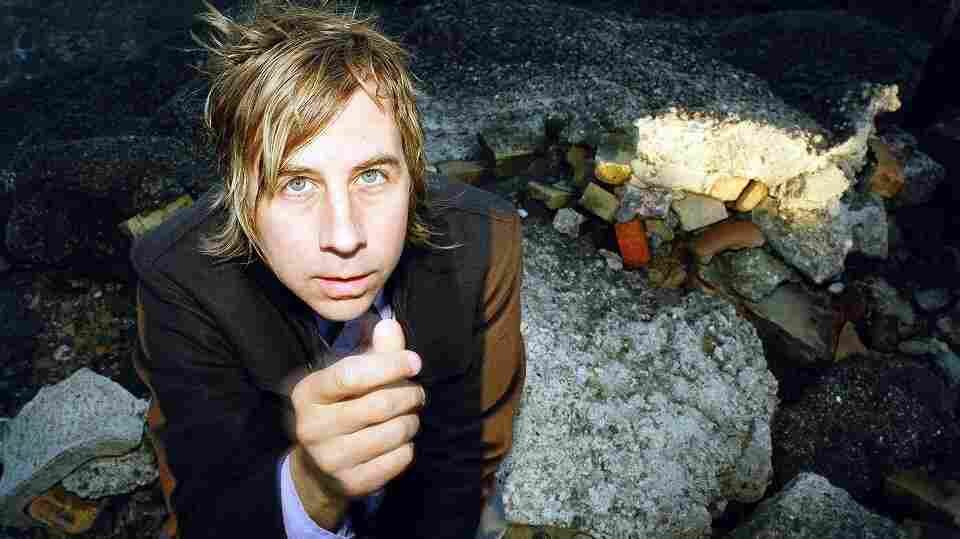 Dagger Beach, John Vanderslice's new album, is out this week. Courtesy of the artist hide caption 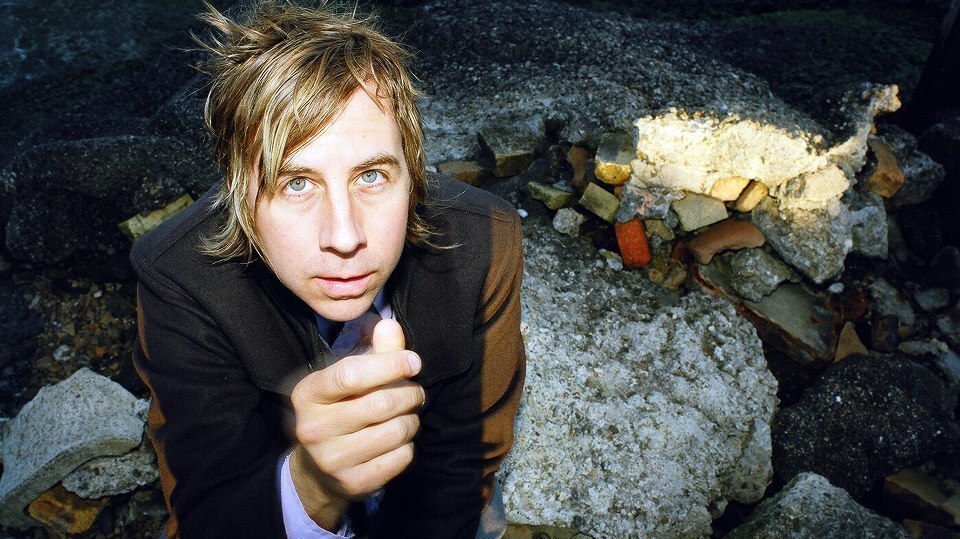 Dagger Beach, John Vanderslice's new album, is out this week.

"In the deep dark woods / Alone with my fears / Under the jackpine / the sky was galvanized," avant-indie rock veteran John Vanderslice sings on "Raw Wood," off his new record, Dagger Beach. Vanderslice's dissection of his fears renders his latest outing mesmeric.

"I work better when there's a lot at risk and when there's no map," Vanderslice says energetically from Tiny Telephone, the San Francisco analog recording studio he has owned and operated for 15 years. "There was zero map for me on this record, and I knew it was an opportunity for me to make an abstract and weirder record."

In lesser hands, "abstract" and "weirder" could be harbingers of sonic doom, the kind of side project your barista foists on you no matter how much you insist you just want to eat your apple fritter in peace. But Dagger Beach, as its title suggests, is cutting and elemental, tugging on listeners until they stop texting and Instagramming and listen. Songs like "Raw Wood" and "Sleep It Off" eschew traditional hooks but are fully composed. They create a realm both familiar and out of reach, like what you see when you close your eyes.

The care and experimentation that imbue the album are all the more remarkable because they were preceded by crushing heartbreak, the kind that results in epic benders and lack of bathing, not a desire to deliberately take on more challenges. Yet it was this heartbreak that prompted Vanderslice to conquer his greatest fear: being alone in the middle of nowhere. Squelching that fear lead to the new songs, which in turn emboldened him to make his first record outside the label system. One heartbreak; two tall hurdles cleared.

"Have you seen [the Lars Von Trier film] Antichrist?" he asks me. "There's one point where the husband, in terror, asks the wife, 'What's the thing you fear the most?' And it's being in this cabin in the middle of nowhere. And it was the thing I feared the most, being in the middle of nowhere with a bunch of animals," he says. "When someone leaves you, there's nothing to do with all this love you had for this person. There's really nowhere to put this endless, boundless love and it's so painful. Of course, there's a mixture of rage and resentment and anger and it can extinguish you. But I really like that person. I mean, I'm still really good friends with her. It would've killed me to demonize her."

So, he took to the woods. He couldn't save the relationship, but he could reinvent himself. "Being off the grid at three in the morning with your brain, some owls and some mountain lions. That felt to me like pure terror," he says, then laughs. "And it was terror. Until I got used to it, it was really terrible and I had some awful nights. When I was a young, terrible, restive, drug-addled youth of 15, my mom got so fed up with me, she sent me to Outward Bound. Near the end of it, they put you on your own island for three days without food. I had this great epiphany on this island and it came out of sheer isolation and, so, oddly, that really returned to me when I was hiking and camping alone. I reconnected with that feeling. And it just made me feel that things could be repaired. And they were. It was slow, but things got repaired. And I think it's just knowing that you're heading in some direction that is away from where you are currently that was a great help."

"I'm really happy with this record. It was very freeing to make it for myself and then not turn it in to a label," the former University of Maryland economics major says. After years on estimable labels Barsuk and Dead Oceans, Dagger Beach is his first Kickstarter venture. To his pleasant surprise, the crowd-sourcing site allowed him to raise the necessary recording funds in a mere two hours.

"I loved being on Barsuk and I loved being on Dead Oceans, but when you make a record, there's a subtle form of censorship, a subtle form of tailoring your material to the people who are going to listen to it first," Vanderslice says. "And these are really smart people and they're really strong-willed and extremely bright and focused. But I had been in the label system for 12 years and committees are problematic.

For now, at least, the sharp edges of Dagger Beach seem to have sliced away Vanderslice's personal and professional problems.