Accessibility links
Pandora Buys A Radio Station, Songwriters' Group Calls It A 'Stunt' : The Record This week, the Internet radio broadcaster bought a radio station in Rapid City, S.D., in an effort to get the more favorable royalty rates given to terrestrial broadcasters. But the move has songwriters and composers up in arms. 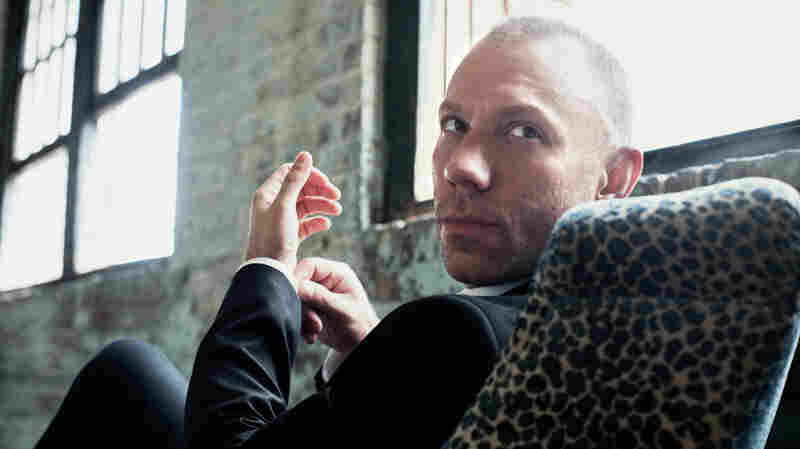 Blake Morgan's songs were played some 28,000 times over a 90-day period on Pandora, earning $1.62 in royalties. Jim Herrington/Courtesy of the artist hide caption 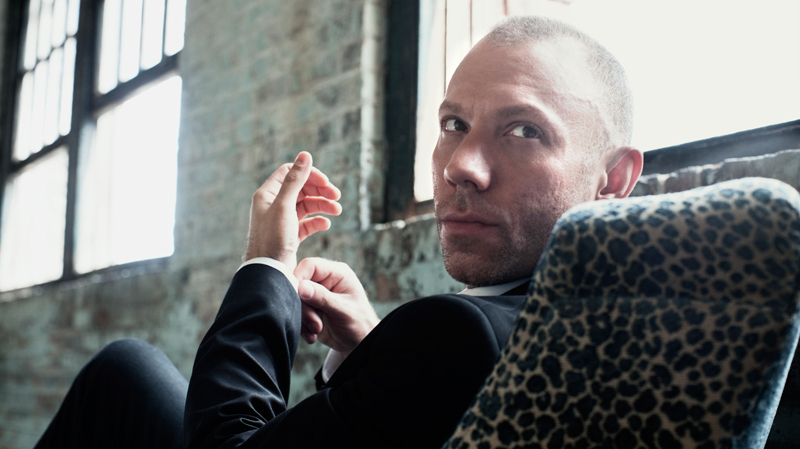 This week, the Internet radio broadcaster Pandora made what seems like a backward move — technologically speaking. Pandora purchased a local radio station in Rapid City, S.D. The company says it's aiming to get the more favorable royalty rates given to terrestrial broadcasters, but the move has songwriters and composers up in arms.

Blake Morgan is an independent musician whose "Better Angels" was among a number of his songs that got some 28,000 plays on Pandora. "The song earned $1.62 in royalties over a 90-day period on Pandora," he says, "which is a very typical rate."

If his song were played over iHeart Radio — a streaming service owned by Clear Channel — he would get paid even less. That's because Clear Channel, which owns hundreds of terrestrial radio stations — pays the same amount in royalties for online streaming that it does for broadcasting the same songs. Pandora attorney Christopher Harrison says that's not fair.

"Pandora shouldn't be discriminated against simply because we don't own a radio station," he says. So, this week Pandora purchased KXMZ, a small adult contemporary station on the main street in Rapid City — population 70,000 — in an effort to get the rate enjoyed by iHeart Radio.

Royalty rates are negotiated mostly with rights organizations like ASCAP and BMI, which represent hundreds of thousands of songwriters and music publishers. Back when rates were established, playing a song on the radio was considered a free advertisement for a record. Since rights holders were getting money from record sales, they got less from radio royalties. Paul Williams, the president of ASCAP, says broadcasters pay the same in royalties for radio and streaming because those streams account for a tiny portion of their audience.

"The fact is," he says, "they're very, very different models. Internet radio and terrestrial radio use music and generate revenue in different ways."

He says Pandora's purchase of KXMZ isn't going to reduce its rates. "This is what I would refer to as a stunt — a way to do an end run to reduce the price of what they pay just one more little notch."

It should be said that ASCAP and Pandora are already in court battling over what the Internet radio service claims are unfair business practices.

Pandora, which is the No. 1 Internet radio service, saw more than $125 million last quarter in revenues — 55 percent more than the year before. But the company still isn't profitable, in part because it pays over 60 percent of its revenues to acquire music. Harrison says if Pandora gets into the radio business it should pay the same rate as Clear Channel does for its iHeart Radio.

"From our perspective, what we're trying to do is make sure that we operate at parity with our biggest competitors," he says. "If iHeart Radio's personalized Internet radio service pays a particular rate, we think we're entitled to operate under that same rate."

But the future is clearly in Internet radio services like Pandora. According to a survey by the NPD Group, people under 35 spent a quarter of their listening time on the Internet in 2012 — up 17 percent from the year before. Time spent listening to radio went down 2 percent.

At the same time, people are buying less music. Musician Blake Morgan says the only way for him to make a living going forward is for streaming services to pay a fair rate.

"I have a new record coming out — most people have new records coming out," he says. "These are things that we've worked on for months, if not years, and we're not looking to be paid unfairly. We're simply looking for a fair working wage for the music that we make."

Pandora co-founder Tim Westergren sent out emails to musicians trying to get them behind Pandora's attempts to even the rates between terrestrial and Internet radio. Morgan wrote back to Westegren furious: "He cashes in a million dollars of stock every month on the first of the month and he's done so over the same 14-month period that recording artists like me earned $15.75."

That's not likely to change anytime soon. The issue of Internet radio royalty rates will almost certainly wind up in court.