Accessibility links
New Jay-Z Album Tests The Musician And Samsung : The Record On July 4, Jay-Z will release his album, Magna Carta Holy Grail, via an app that will be available to Samsung smart phone users three days before its wider release. It's not the first branding promotion between the tech and music industries, but it may be the highest profile. 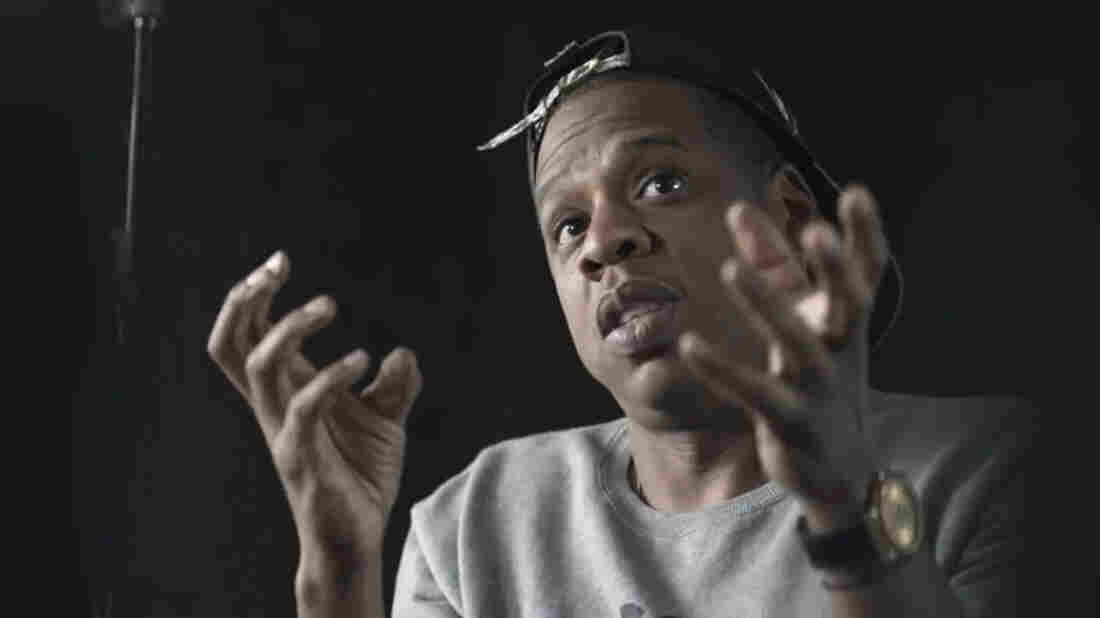 A still of Jay-Z from the commercial for his new album. YouTube hide caption 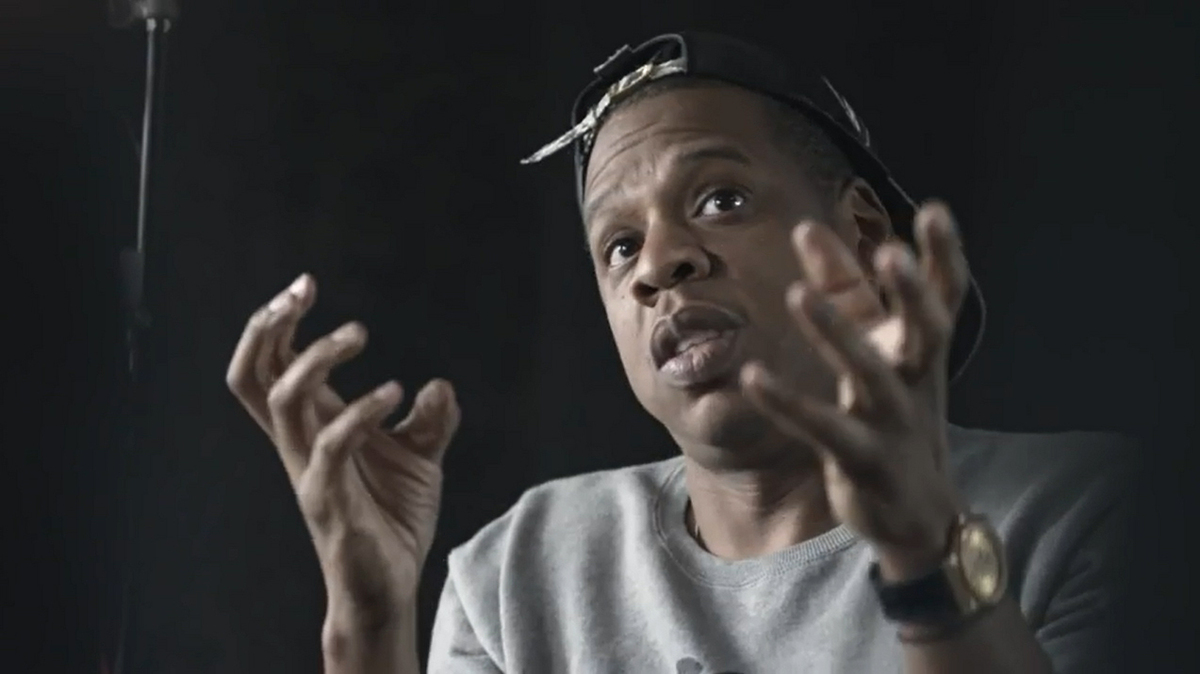 A still of Jay-Z from the commercial for his new album.

On Wednesday, 1 million owners of Samsung's Galaxy phone will get to download rap star Jay-Z's latest album three days before its official release. The giveaway is part of one the highest-profile album and phone promotions ever orchestrated. And in an age when album sales are flat and tech companies want to look cool, we're likely to see more deals like this.

The Jay-Z/Samsung campaign had a high profile launch: In case you missed it, a three-minute commercial — a pseudo-verite look at Jay-Z in the studio — aired during Game 5 of the NBA finals. Producers he's worked with before to great success, like Timbaland, Pharrell and Swizz Beatz, appear. It also features Rick Rubin, who says he isn't actually producing the album.

At the end of the ad a web site, MagnaCartaHolyGrail.com, appears, and the name of a phone — Samsung Galaxy — comes up, all in white type on a black background. The night the ad aired, visitors to the Web site read that Jay-Z's new album would be called Magna Carta Holy Grail and that 1 million copies of it would be given away through an app that only works on the Samsung phones Galaxy S 4, Galaxy S III and Galaxy Note II.

If some of this sounds familiar, that's because it is. Back in November of 2003, Jay-Z released The Black Album, which was touted as his last album before retiring. Six weeks later, Nokia sold a special edition of one of its phones pre-loaded with the album. And in November of 2004, Jay-Z released a documentary about the making of The Black Album and his retirement concert, called Fade to Black, that looks quite a bit like the ads he's released in his current campaign. This time around, Jay's reversed the order.

In 2013, Samsung spent $5 million purchasing 1 million copies of Magna Carta Holy Grail to give away to its Galaxy phone users. Ben Weiner, CEO of the ad agency WDCW, estimates Samsung spent another $15 million or so on the campaign that he thinks is the highlight of a turnaround.

"I think if you said five years ago that Samsung would be rivaling Apple and stealing market share and emerging as the most culturally connected and relevant brand of recent years," says Weiner, "people would have laughed at you."

They're not laughing now. Over 11 million people were watching the game and some 23 million have watched the ad on YouTube. The entrepreneur and rapper Master P, who was one of the pioneers of transforming himself and his label into a brand, said on a recent addition of MTV's RapFix Live, "To be honest with you, I think it's genius."

Over the last decade, it's gotten harder to sell albums — the record industry has shrunk by half. Hooking your name to a big corporate brand can help. Last year Taylor Swift made a deal with Papa John's Pizza — you could get her new CD delivered along with your pie. Jim Donio of NARM, the music business association, says the campaign worked even if you weren't in the market for her album.

"Taylor Swift's face was on the pizza box," he says. "So that marketing to you was still happening if you didn't know the album was out."

As Jay-Z once rapped, "I'm not a businessman, I'm a business man." He's getting promotion out of his deal with Samsung along with millions of dollars. What's Samsung getting?

"What they're trying to get is cool points," says Eli Altman, who's with the branding firm A Hundred Monkeys. He isn't convinced that Samsung is really going to get all the cool points it wants. "They're inserting themselves as a middle man between a ton of people who want a new Jay-Z album and the actual product."

Altman says chances are good that after the first few Samsung Galaxy owners download the app and open the album someone will put it up online for free anyway. And celebrity endorsements don't necessarily sell phones. Alicia Keys signed up as the spokesperson for Blackberry and so far that hasn't sold that many phones for the company.

Ad executive Ben Weiner says when people download Samsung's app it can become an ongoing way to market to its customers. "They can be a vehicle for all sorts of content for the future that can solidify a relationship between Samsung and these consumers." But Weiner says if Samsung wants to sell phones, the technology better be good, and if Jay-Z wants to sell albums, Magna Carta Holy Grail better be good.

"I think you have to be a better artist to pull this off," Weiner says. "The degree to which you can potentially alienate your audience by releasing a less-than-great album — you're asking people to download an app and to, essentially, be marketed to to get your content for free. And I think there'll be people looking to knock Jay off his pedestal and say he doesn't have it anymore."

Weiner says if Jay-Z's album does well, his pedestal will get higher, and when it comes to future deals, so will his price.