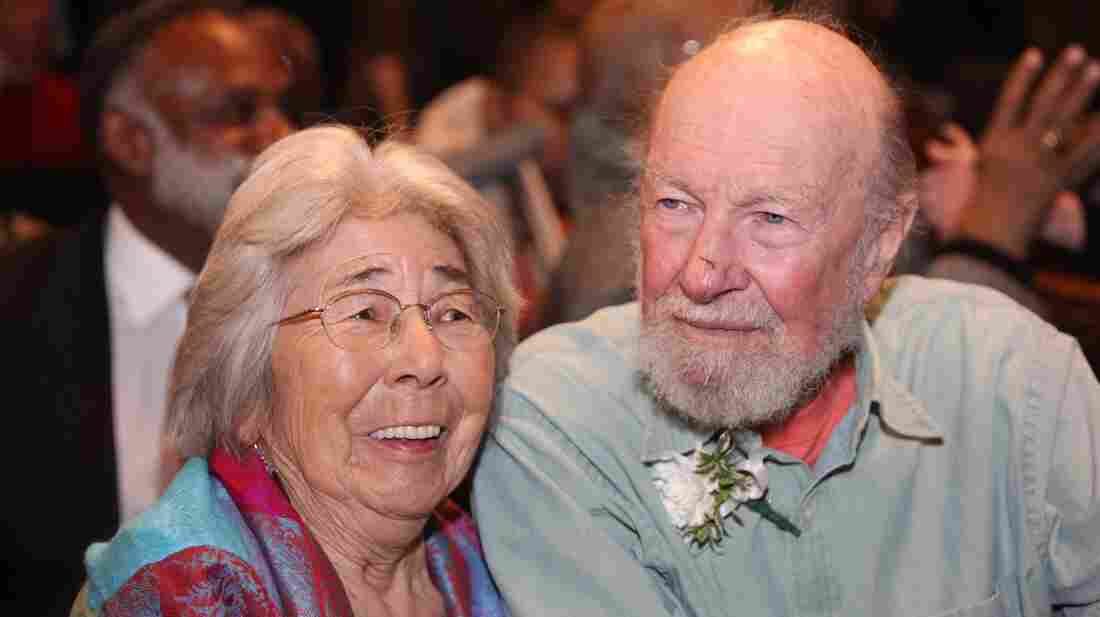 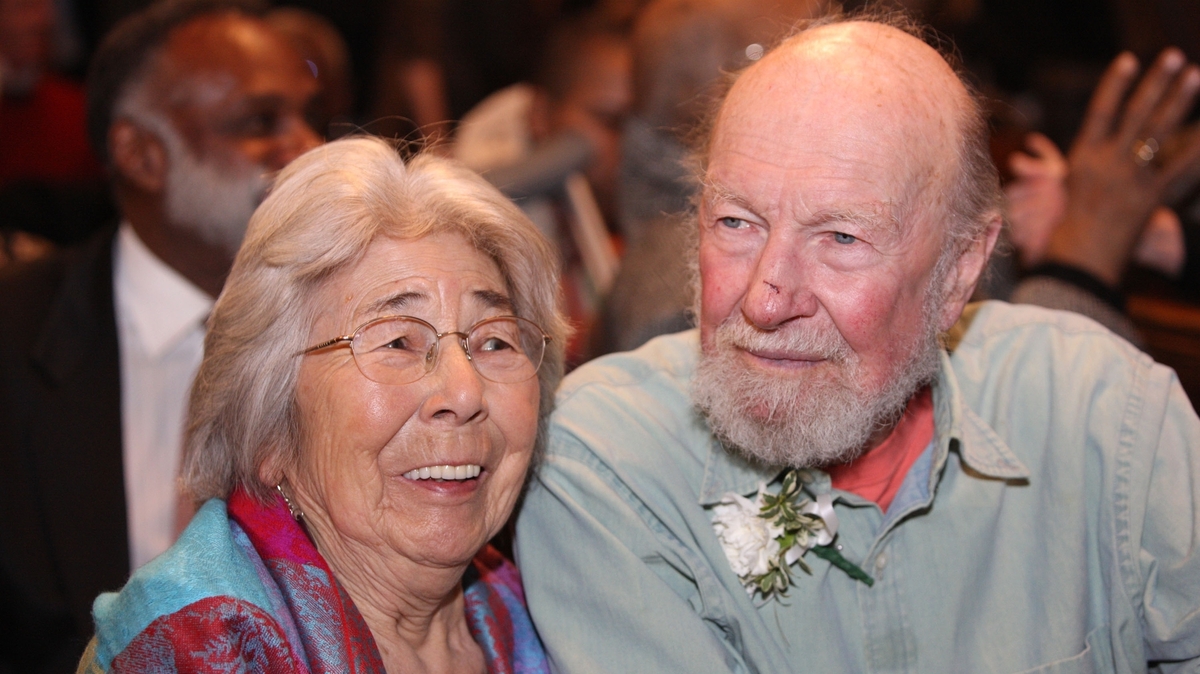 Toshi Seeger with her husband, folk singer Pete Seeger, in 2009.

Anyone who worked closely with Pete Seeger knew the legendary folk singer's wife. For seven decades, Toshi Seeger organized his festivals and handled his travel and correspondence. The social activist died Tuesday. She was 91.

Singer Judy Collins, who has known the family since the 1960s, says that while Pete kept an exhaustive schedule touring the world, Toshi worked just as hard behind the scenes.

"Toshi was fundamental to his life," Collins says. "And I think she enabled him to have kind of the worldwide presence ... she had every bit of a part in that."

Toshi, who also raised the couple's children, had a very dry sense of humor, says the musician Ruth Ungar. The daughter of fiddler Jay Ungar, Ruth has known the Seegers since she was a little girl. She says she remembers seeing an old New Yorker cartoon on their kitchen wall.

"It's a woman answering the phone and she's got a baby under one arm, or maybe two. And she's doing the dishes with one hand and mopping the floor with [her] foot," Ungar explains. "And the quote on the bottom says something like, 'I'm sorry, my husband can't come to the phone right now. He's out fighting for the rights of the oppressed.' "

Toshi's father was Japanese; her mother was American. She grew up in Woodstock, N.Y., and she and Pete eventually built a home in nearby Beacon.

In the 1960s, the couple collaborated with folklorist Bruce Jackson on the film Afro-American Work Songs in a Texas Prison, which is now in the Library of Congress.

In 2006, Toshi told the American Folklife Center about their approach to making the film.

"In the Texas thing, I had no idea what was going to happen," she said. "So any of the framing or anything is on the spur of the moment."

Toshi Seeger's creative spontaneity also extended to music. At one point she rewrote the lyrics to one of Pete's most famous tunes: "Turn! Turn! Turn!"

"Way back in the year of 1954, when I thought of this melody, my wife and I had two little kids," Pete Seeger said during a performance of the tune last year at Symphony Space in New York. "One was age 6, the other was age 8. And my wife made up five verses for them."