Accessibility links
20 Years Ago, Tupac Broke Through : The Record In January of 1993, Tupac Shakur was 21 years old. He was about to drop his contradictory second album, which would launch him to superstardom. 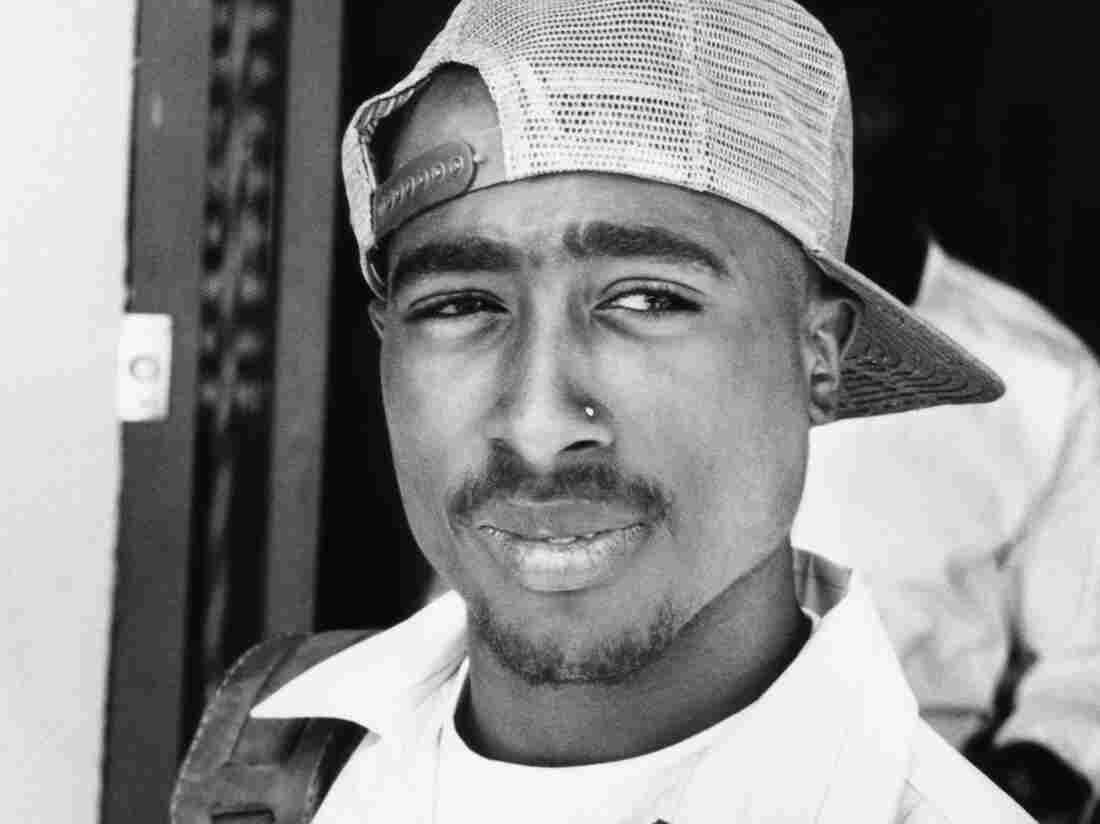 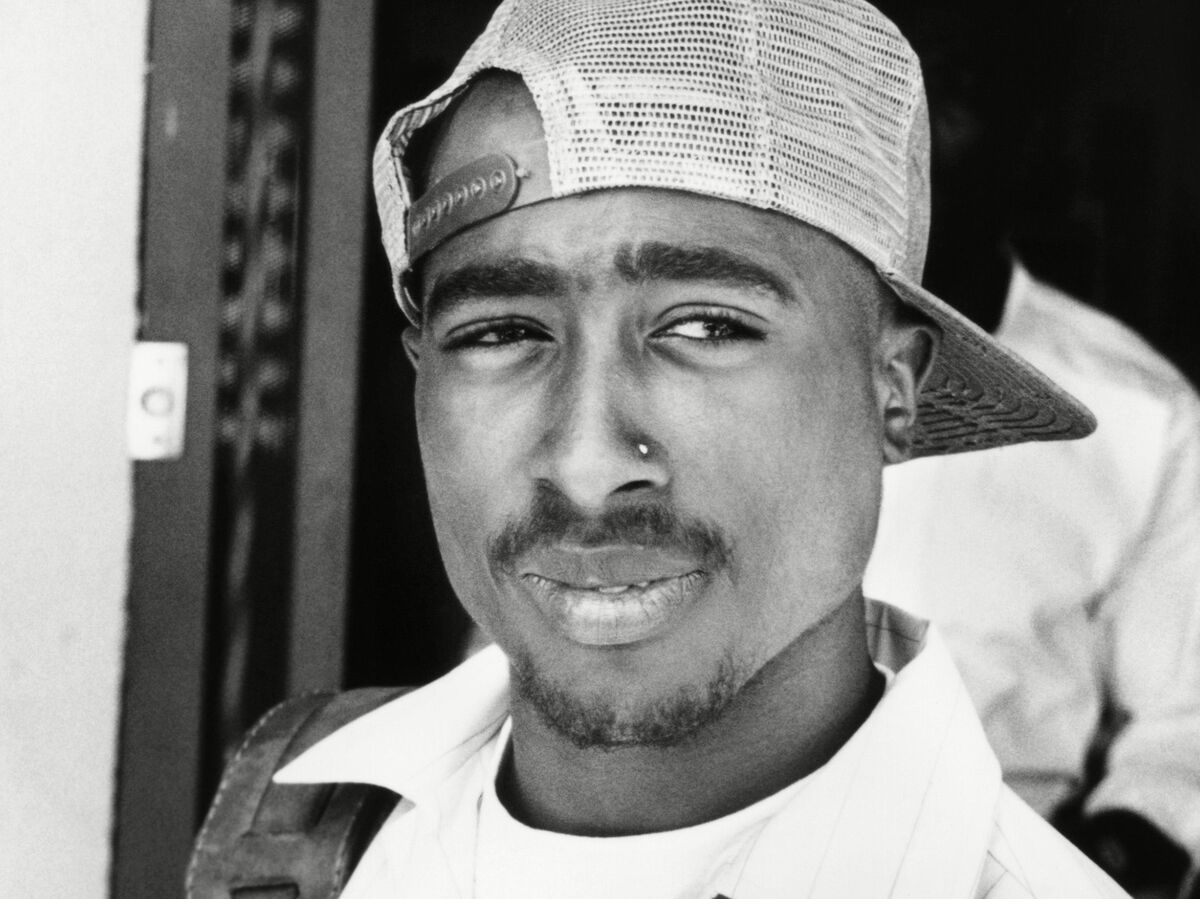 Tupac Shakur on the set of Poetic Justice.

20 Years Ago Biz Markie Got The Last Laugh

This year marks the 20th anniversary of a remarkable year in music. Over the 12 months of 1993, the Wu-Tang Clan, Snoop Dogg, A Tribe Called Quest, Queen Latifah and more than a dozen other rap groups released albums that helped change the sound of America. That year one of the most influential rappers to ever hold a microphone released his breakout album.

In January 1993, Tupac Shakur was 21 years old. He was about to drop his second album, and the first feature film he starred in had been a success. He was on the cusp of superstardom. Kevin Powell, a young journalist at Vibe magazine, was trying to talk his editors into taking a story.

"I explained to them, 'Look, there's this young man who is the son of a Black Panther party member, Afeni Shakur. He already has one album out called 2pacalypse Now and he's in this really controversial hit film called Juice. He's someone we should really be paying attention to,' " Powell remembers.

Vibe eventually paid attention; so did radio; and the album Tupac released in February, Strictly For My N.I.G.G.A.Z., landed three songs on the charts.

Filmmaker John Singleton had already put out the groundbreaking Boyz n the Hood when he saw Tupac on TV giving an interview. "My attitude was I wanna work with him," Singleton says. "That's the dude I wanna work with." Before 1993 was over, Tupac and Singleton released Poetic Justice.

Tupac Shakur started acting as a kid. He was born in New York City, and when he was a teenager his family moved to Baltimore, where in addition to acting, he studied poetry, jazz and ballet at the Baltimore School for the Arts. The family moved again to the San Francisco Bay Area, where Tupac hooked up with the hip-hop group Digital Underground.

He released his first solo album in 1991, and it was criticized for violent lyrics in some of the songs. After a police officer was killed in Texas by a man who said he'd been listening to the album, the media came down hard. In an interview with Los Angeles Times writer Chuck Philips the following year, Tupac said he felt misunderstood.

"He had a whole lot of heart and soul and a sense of what I call cultural wealth of black people," says Singleton. "And he used that to forge a persona for himself." He calls the follow-up to 2pacalypse Now the first real Tupac album.

"[Strictly 4 My N.I.G.G.A.Z. was] a record you could party to, but then also had a sense of cultural resonance to it," Singleton says. "That was that time — black people were pissed off but we wanted to party at the same time."

1993 was the year following the Los Angeles riots, which had been sparked by the Los Angeles Police Department's beating of Rodney King. Powell says it was a complex moment:

"It was the era of prosperity in this country. Remember, we were coming off of the first Gulf War, so there was a lot of money out there. It's just a few years before the whole dot-com thing started happening. There's a lot of emphasis on Generation X at the time. It wasn't just Tupac, but it's Kurt Cobain and Nirvana and the whole grunge scene that's coming out of Seattle. So it was a really incredible and exciting time in young American history, and Tupac really embodied that."

"Keep Ya Head Up" is a song about society's mistreatment of women. The other two hits from Tupac's album, "I Get Around" and "Holler If You Hear Me," are not. The songs seem to come from different places, but Powell says that's Tupac.

Cole says these two sides are what make Tupac more than just an actor playing a role. "Some people criticize him for being on such opposite ends of the spectrum. But I learned growing up — at least in my case, and I like to think for everyone else's case, whether they like to admit it or not — that's more human than anything."

But Tupac and his second album also represent something bigger, says Powell, who's written 11 books, including Who Shot Ya?: Three Decades of Hip-Hop Photography, and is working on a biography of Shakur.

"There's no other singular figure in hip-hop like Tupac Shakur. He wasn't the greatest rapper in the world. He didn't necessarily have the best lyrics all the time, but there was not a figure that captured what hip-hop is and where it came from: working-class black American and Latino and West Indian people from New York City and black and Latino people from the West Coast. No one captured that the way he did."

A little more than three years after the release of Tupac Shakur's breakthrough 1993 album, the musician was dead. Killed in a drive-by shooting in Las Vegas. He was 25 years old.

The portion of an interview with Tupac that appears in this piece has been reproduced with the permission of the Chuck Philips Post.