Accessibility links
Race And Country Music Then And Now : The Record A new book provides evidence of racial mixing in country music as far back as the 1930s, but today is the red Solo cup (to quote a Toby Keith lyric) half full or half empty? 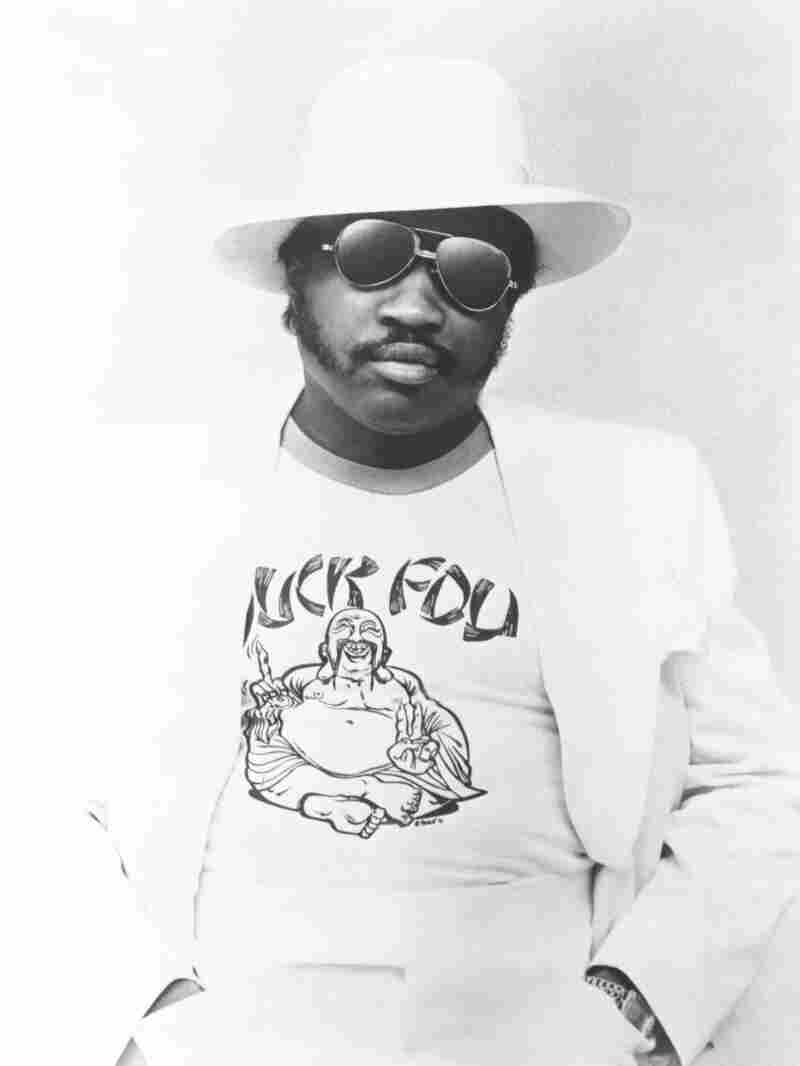 Jerry "Swamp Dogg" Williams, Jr. Charles Hughes quotes the songwriter and performer as saying, "Everything I write and sing comes out country, and that's why I have to take so much time in arrangements and instrumentation, because — if not — I'd just be cutting a bunch of country records with black people. And we know that black people are not makin' it in country." Michael Ochs Archives/Getty Images hide caption 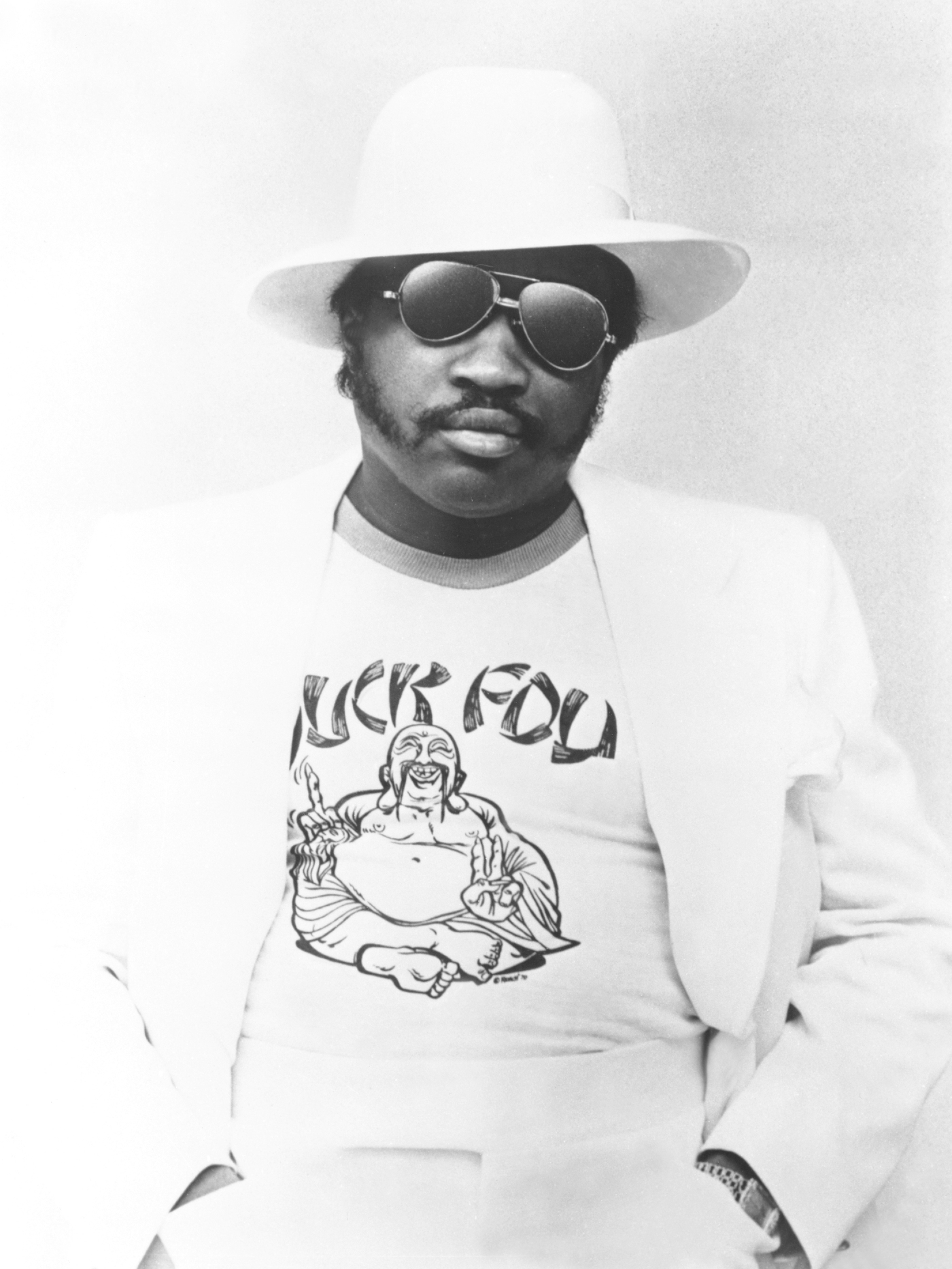 Jerry "Swamp Dogg" Williams, Jr. Charles Hughes quotes the songwriter and performer as saying, "Everything I write and sing comes out country, and that's why I have to take so much time in arrangements and instrumentation, because — if not — I'd just be cutting a bunch of country records with black people. And we know that black people are not makin' it in country."

In a recent book, Hidden in the Mix: The African American Presence in Country Music, editor Diane Pecknold rounds up some of the better music writers in academia in order to put a light on country's many black roots and the country's unease with said roots. It's not perfect, but what's good here makes the collection indispensable.

The best pieces in Hidden in the Mix form neat bookends. The first is "Black Hillbillies: African American Musicians on Old-Time Records, 1924-1932," by Patrick Huber, a professor of history at Missouri University of Science and Technology. By scouring and collating data from hillbilly and "race" record discographies, Huber documents at least 22 racially integrated proto-country music recording sessions, and almost 50, if not more, African American musicians who played on hillbilly records before 1932. He call his research "particularly challenging" due to incomplete personnel records. Plus, he writes, "it is often frustratingly difficult, if not impossible, especially in cases of common surnames like 'Smith,' 'Jones' and 'Johnson,' to locate a particular artist in census records and other public documents and to determine his or her race with any degree of certainty." One of the fundamental received wisdoms of popular music history is that due to taste and Jim Crow, white folks made one kind of music (which became the roots of country and western) and black folks simultaneously made what the industry labeled "race music" (blues, gospel, rhythm and blues). Though race-mixing in the studio was a rare phenomenon, Huber shows clearly that interracial recording sessions, and the general sharing of musical ideas across Jim Crow lines, was far more common than is imagined today.

At the other end of the book, Charles Hughes, a fellow at Rhodes College in Memphis, writes compellingly about the ways blacks and whites worked together and exchanged ideas in the modern south. He illustrates how soul music and then disco were refined by an influential set of southern musicians of both races who played on soul sessions for artists like Arthur Alexander and Joe Tex. The white musicians went on to reinvigorate country music in the '80s and '90s, Hughes painstakingly illustrates, while the black musicians were often left behind. Hughes' tale is one of unbalanced input, uncredited appropriation and unequal reward. And yet, "at its truest and most substantive moments," Hughes writes, the music that is his subject "reasserts the continuing presence of African American music within seemingly white spheres, even during the very moment when country became so closely associated with reactionary racial politics and even racial bigotry." It's never a simple story of theft or harmony, and in its nuances it feels right.

From investigations that predate Hidden in the Mix, it's possible to know about DeFord Bailey, the African American harmonica player who was a long time star of the Grand Ol' Opry. And we know of the numerous examples of white legends (Hank Williams, A.P. Carter, Bill Monroe) learning early in their career from little-known black teachers. The problem is, the book doesn't have much to say about country music or its fans in the recent decades.

So is the red Solo cup (to quote a Toby Keith lyric) half full or empty? Unfortunately, for all the progress books like this are aiding, you'd be hard put to find many expressions of racial harmony in country music today. The response to "Accidental Racist," Brad Paisley's only-seems-like-a-hundred-years-ago song from spring, brought out the worst in critics of every persuasion. In his hilarious review of the song in Vice, The Kid Mero cuts to the chase: "BANJOS MAKE EVERYTHING SOUND RACIST," he exclaimed, not for the first time.

Meanwhile, Time magazine has recently heralded "The Banjo-ification of Pop." To illustrate its claim, Time pointed to Taylor Swift's banjo skills, as well as the neo-hootenanny music of The Lumineers, Mumford & Sons and the Avett Brothers as signs an upswing is underway. It barely nods to the African roots of the music, however, and not at all to the many African American practitioners who are picking the banjo up today. As Don Flemon of the group the Carolina Chocolate Drops put it to a reporter last month, "It's not just an instrument for toothless hillbillies playing bluegrass."

It's a not-widely-enough known fact that the banjo came to the U.S. from West Africa, and that it took root due to slaves and their children who defied restrictions on the drum by picking out beats on the banjar, as it was sometimes called. The banjo is indeed just about everywhere: a condiment that transmits the flavor of "roots" and "authenticity" to pop of many stripes. Earlier this year Tulane University sponsored a two-day symposium titled "The Banjo in the African Diaspora," which featured speakers and performers probing the African roots of the instrument. Banjology is the name of a website at Duke which is putting up great material and music documenting the banjo's Africanness in America.

And yet: switch on the radio, hear the current Blake Shelton smash "Boys 'Round Here," where Blake explains who his boys are: "The boys round here, they're keeping it country / Aint a damn one know how to do the dougie / (You don't do the dougie?) No, not in Kentucky," Shelton belts out. It shows how far apart country and rap, and the cultures they sometimes represent, is, even in 2013. And it shows how much work the banjo players have to do. The academics, too.