Accessibility links
What Does A Song That Costs $5 Sound Like? : The Record The label run by engineer Cookie Marenco sells super high-definition downloads — a development even she thought impossible 15 years ago. The downloads may be expensive, but she says, the sound is superior to current popular audio formats like MP3. 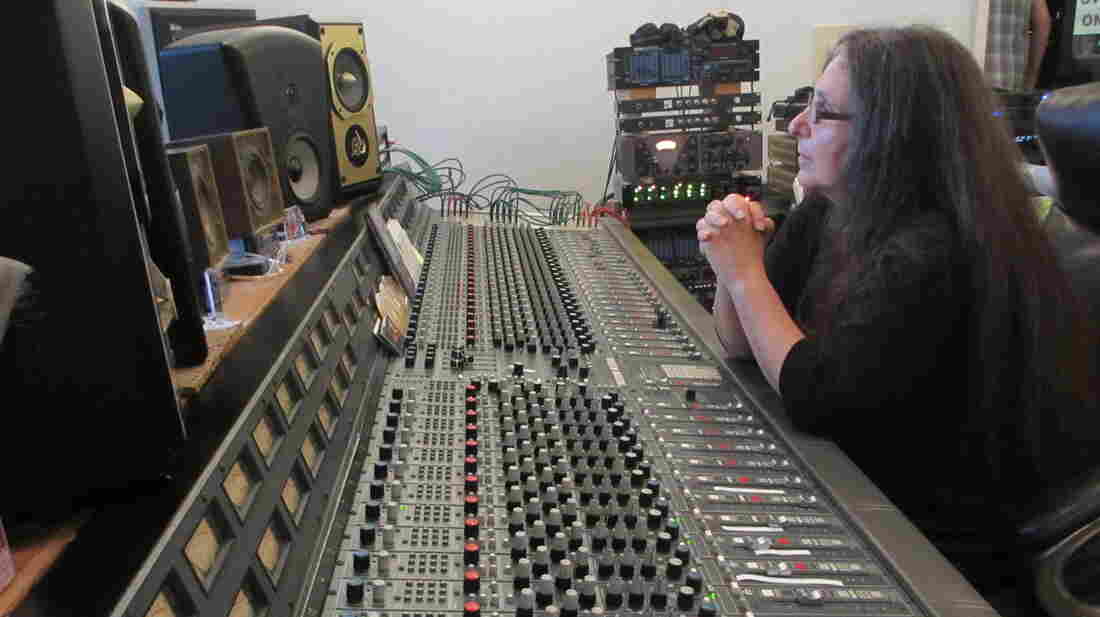 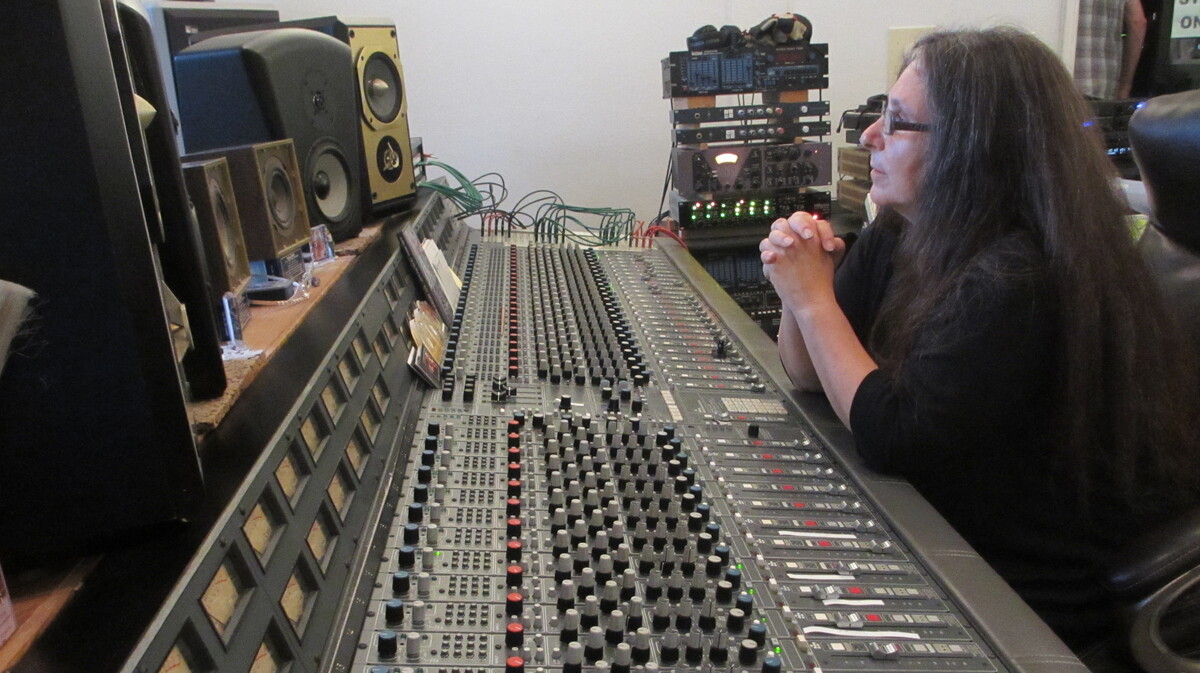 Last week, Sony Corporation announced a new line of high-end audio components that promise to deliver a better online audio experience. The announcement comes amid growing evidence that music fans are tired of the crappy sound they hear on their portable music players. Case in point is the success of Cookie Marenco's business of selling super high-definition music downloads.

Marenco's been in the music recording business for over two decades. Marenco, a sturdy-looking, energetic woman, recently stood in front of a room of eager ears at the California Audio Show just outside San Francisco. She was there to show them her high-end technology.

Among the enthusiastic listeners was James Forte from San Francisco, who first discovered Marenco here three years ago. "All you have to do is hear it and you get hooked very quickly," he says.

Marenco uses a format called DSD, which stands for Direct Stream Digital. DSD has been around since the late 1960s. It's only been used commercially on Super Audio CDs (SACD) for about 13 years. But DSD didn't take off, in part because something else happened around the same time.

In 1997, the first single was purchased online — "Electric Barbarella" by Duran Duran. At the time, Marenco was working for Liquid Audio, one of the first companies to offer commercial music downloads. Marenco says no one she knew even got what she was doing. "My artist and label friends looked at me like I was talking about things in a crystal ball. 'Music on the Internet? Are you crazy? How is that even possible?' "

Marenco and Liquid Audio were offering compressed audio downloads in formats like MP3 and AAC, which is what iTunes uses now. Even though she's a musician herself and could hear that MP3 was lower quality than CDs, she thought MP3s could change the industry in a way that helped artists.

"I thought that this was going to be a great way for independent artists to compete on their own," she says. "What it turned out to be was technology companies taking over the music business and technology companies who don't necessarily care so much about what happens to music and the musicians. I don't think anybody expected MP3 to take over and completely demolish the record industry."

MP3s were lower quality audio because they had to be. The files were small and moved quickly over a slow speed Internet connection. Marenco now says she feels guilty for helping to make MP3s popular.

Marenco had her own recording studio back then, but she and other recording engineers were hitting hard times. It was getting easier for musicians to use computers to record at home and people weren't expecting the same quality anymore. "Pretty soon nobody was going into the studios," she says. "Musicians are thinking 'Well, I can record in my own bedroom.' "

Marenco decided to take a break from the business.

One day she invited a dozen engineers and artists to do a blind test of three different audio formats. Analog tape recording, high-resolution digital (better than CD) and DSD. "Tape was still everyone's choice in a blindfold test," says Marenco, but they all agreed "that DSD was the closest thing to tape."

Marenco waited another five years before she started her own label, Blue Coast Records, and she sold Super Audio CDs mastered to DSD in her own studio. She focused on quality even though the industry was in decline.

"High-quality audio in 2007 to musicians was a very foreign concept," she says. "Everybody had gotten so used to MP3s and so emotionally disillusioned by what had happened to the music that the musicians I knew had just kind of given up." 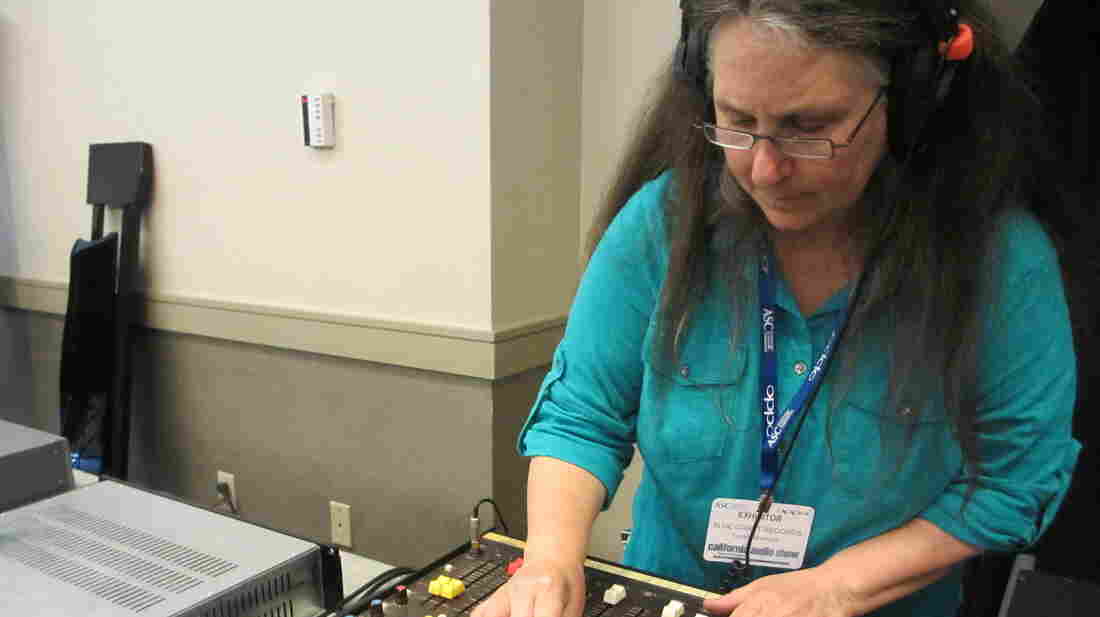 Cookie Marenco records musicians on a small remote recording console live at the California Audio Show in August. She'll demonstrate the quality of DSD to the audience by playing back her recording. How close will it sound to the live performance? Very close, according to people present. Cindy Carpien hide caption 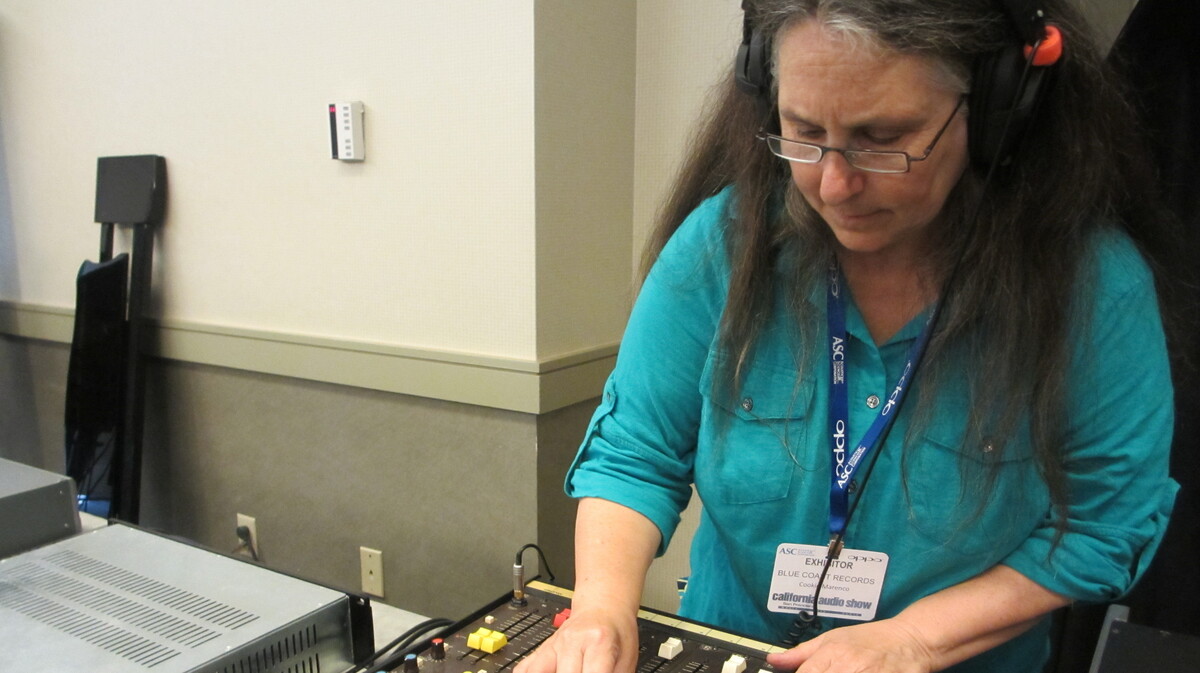 Cookie Marenco records musicians on a small remote recording console live at the California Audio Show in August. She'll demonstrate the quality of DSD to the audience by playing back her recording. How close will it sound to the live performance? Very close, according to people present.

These days Marenco is back at work as an engineer in a studio she built in her home. She takes great care in the recording process. During one session, she had four musicians in the studio and none of them wore headphones the way they do in most recording sessions. Marenco prefers they play together as if they were on stage, a process she believes makes the sound more authentic.

About three years ago, as most people got faster Internet connections and bigger hard drives, Marenco decided to make her DSD music files available for download. At the time, Marenco's customers could only play DSD on one device — a Sony PlayStation 3. Marenco charged $5 a song and $50 an album. It didn't sound like a formula for success. But, she says, "we were shocked. Thousands of people came to download. What was interesting to me as a business owner is they never asked me to lower the price. They asked for more content."

The MP3: A History Of Innovation And Betrayal

Since then, Marenco's gone from a customer base of hundreds of people to thousands around the world, and she did it with a roster of largely unknown artists. This year she says she started making more money from her online music sales than she does from her work as a recording engineer.

Taking Stock Of The MP3 At Midlife

Marenco was one of the first to offer DSD as paid downloads. Now, Mark Waldrep, an audio engineer who sits on the board of the audio division of the Consumer Electronics Association, says more are ready to follow.

"We now have the tools, techniques and delivery chain to give people a real life experience if we choose and the record labels choose to actually embrace that greater potential," he says.

Music fans are ready, according to a study done by the Consumer Electronics Association in 2011. It found 90 percent of consumers say sound quality is the most important part of a quality listening experience. And the industry may finally be ready to give it to them.

Musician Neil Young is endorsing a new high-resolution player called Pono that will launch next year with the backing of Warner Music Group. And Sony's new line of audio equipment will let consumers play back a variety of high resolution formats including DSD. The Consumer Electronics Association says there's more to come.

It's all still pretty expensive. But Marenco points to the world of coffee. "Starbucks created a model of: Better quality should cost more," she says, "and they've managed to turn a certain percentage of those coffee drinkers into coffee connoisseurs."

Marenco believes that same potential is there for music lovers who are willing to pay more for their no-foam audio latte.