Accessibility links
This Beat's For You: The Making Of Drake's 'Furthest Thing' : The Record Producer Jake One guided the hydra song through many hands before it landed on Nothing Was the Same.

This Beat's For You: The Making Of Drake's 'Furthest Thing'

This Beat's For You: The Making Of Drake's 'Furthest Thing' 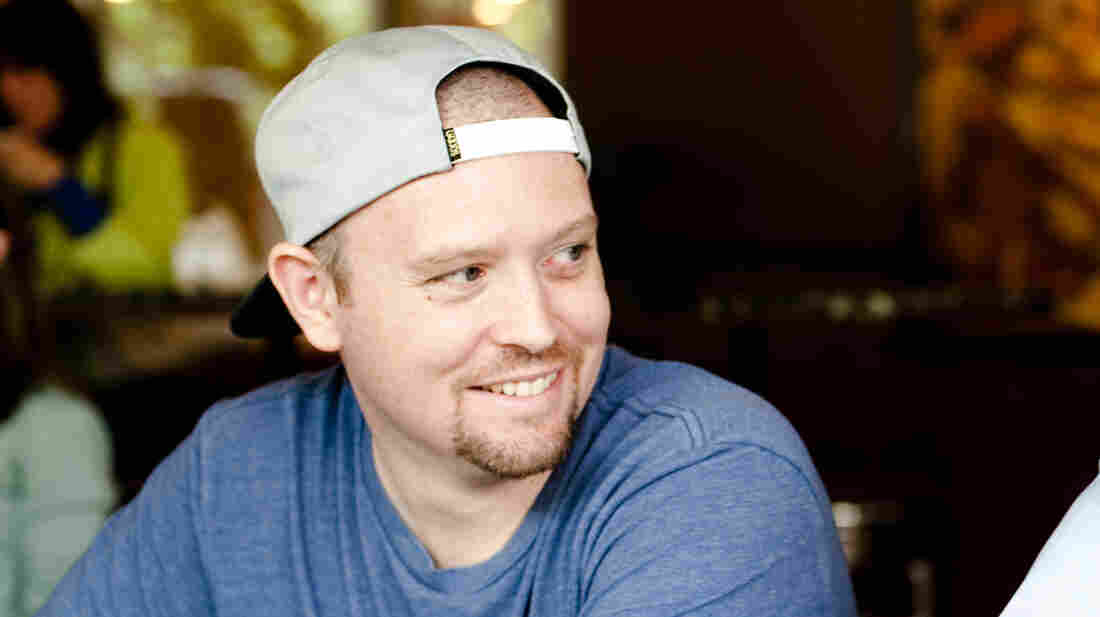 Producer Jake One in Seattle in 2011. Kyle Johnson for NPR hide caption 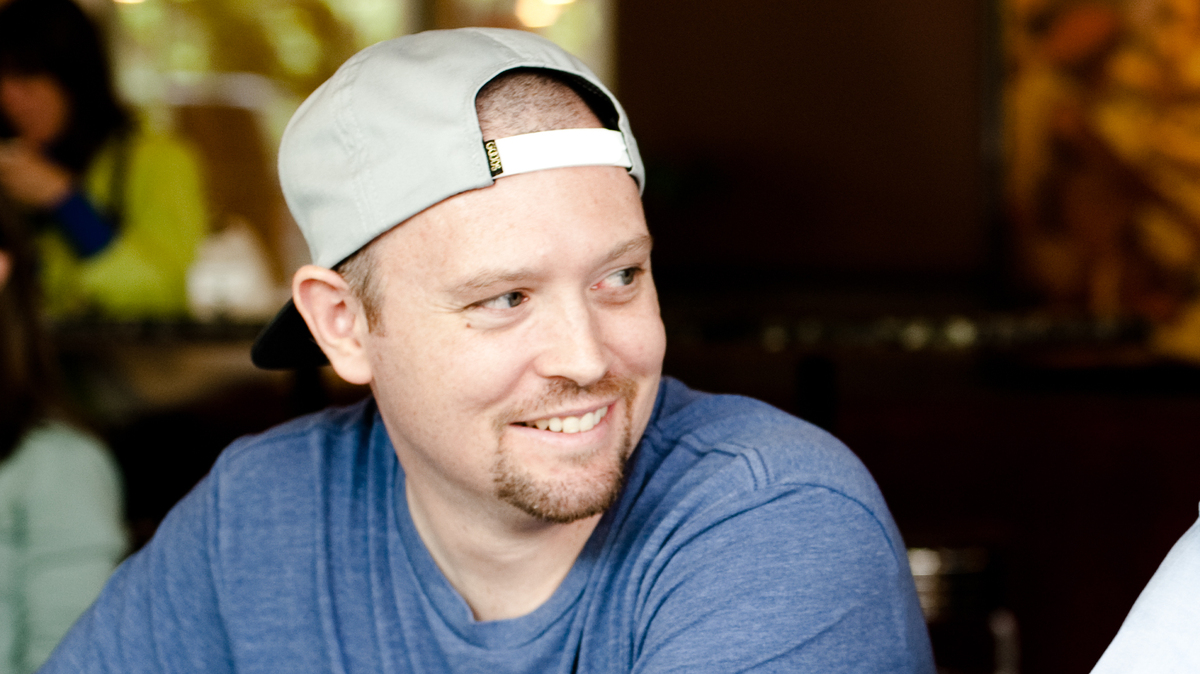 Producer Jake One in Seattle in 2011.

The journey of a song from farm to table, so to speak, is not something listeners are likely to consider in the course of absorbing an album. And that's for the best. The song is part of a longer narrative. It fits and then is over. In the context of a longplay, its own story is not meant to be lingered on.

But sometimes, there's a tale there — and always a lot more than meets the ear.

That's the case with the second half of the song "Furthest Thing," one highlight from rap/R&B megastar Drake's new album Nothing Was the Same. The first half feels like nighttime, with Drake listing things he does "on the low," like mobbin', drinkin', f---in', smokin', schemin' and plottin'. The music has a flickering coolness to it.

Then the second half breaks through like sudden sunshine, with loud drums, piano and a choir, and Drake picturing his death: "This the s--- I want to go out to / Play this s--- at my funeral if they catch me slippin'."

Drake's triumphant funeral music was produced this spring by Jake One, from Seattle. A mild-mannered industry veteran, Jake was nominated for three Grammys last year for albums by fun. and Rick Ross. He calls himself the "album cut assassin," and his resume includes Wiz Khalifa, Snoop Dogg, J. Cole, Chance the Rapper, Mayer Hawthorne, Pitbull and 50 Cent. He was part of Seattle's Conception Records, a rap label distributed by Sub Pop, in the 1990s and has been a major label A&R for Atlantic. He knows about putting together this thing called a "beat."

What you hear on "Furthest Thing" sounds like a sample from an old record. And originally it was, ripped from a live gospel album from 1990. "There was just something about the dynamic of that band, in that church," says Jake, at home in Seattle front of his ASR-10 sampler and laptop, Crocs on his feet, daughter upstairs watching Dora. He won't name the record and claims it's "not on the Internet, and I don't think you can Shazam it."

You can't. Jake keeps the secret partly that's because he's old school enough to care about concealing his sample sources, to prevent other producers from copying him; partly because he isn't happy with the owners of the rights to the music and doesn't want to give them publicity. More on that in a second. Also, he says, it just adds intrigue.

When I ask for a flat surface to take notes on, he hands me a gospel record with a $1 price tag on it — maybe another song in waiting. But the beat he sent to Drake (whom he met through Twitter, then email, then text, then in person) didn't germinate in his collection. The sample came from Gene Brown in North Carolina, an independent record collector who combs stores for choice material.

"It's not a secret," Brown says on the phone. "People know me. But there aren't that many people who do what I do. I was a hip-hop artist and DJ, and I can still do that. But record collecting and selling, that's my thing. It's an exclusive type thing. Some people do want the physical record, for collection purposes. Some people are just fine with buying .wav files."

Records still matter in hip-hop; despite that recent article in the Atlantic about the death of sampling, it's very much alive. But finding gold in some ancient record store basement has become outsourceable.

Some of the bigger producers Brown has sold to include Just Blaze, Q-Tip, Pete Rock, Don Cannon, Questlove, DJ Spinna, Rich Medina and 9th Wonder. His service might seem like a cheap shortcut, if you're the purist who thinks producers should do their own record-finding, or maybe play all the instruments on their productions. Brown is familiar with that accusation.

"There are certain people who feel a way about it," he says. "But if a person knows me, or seeks me out, they're already a digger. They're already on a certain level. They just know I'm going to have the upper echelon they're looking for. I know aggressive-sounding vocal harmonies suit hip-hop. Jake told me he was liking that sound, and I told him, 'No problem, I got some stuff that you'd be into.'"

So, Jake bought Brown's .wav file for an undisclosed three figure amount, chopped it up, programmed drums and added other sounds, and arranged it into a beat. He sent it to Drake, and after years of Drake liking and being ready to use various Jake beats at various times — this time Drake texted him back definitively:

There are two kinds of rights tied to each piece of recorded music: master and publishing. Receiving permission from the owner of a song's master rights would allow a musician to use a piece of the original recording; essentially, to take a sample of it and put it to work in a different way. Publishing rights control the song in idea form — if you want to record and sell a cover version, you need a publishing license. Based on cost or whatever criteria, Drake's team decided mastering rights weren't necessary to purchase, but publishing rights were. Which meant an interpolation of the sample needed to be produced. The music would need to be replayed by studio musicians. So Drake sent the track back to Jake, the producer, like you would a suit to a tailor.

Again, Jake outsourced, calling up G Koop, in Oakland, his old piano teacher, who specializes in replays of songs for just this purpose. You send him a song, he can record a version of it in his studio you won't be able to differentiate from the original. And he works fast. He had the Jake/Drake track finished the next morning. Jake paid him a flat rate up front, and Drake's record label is on the hook for more — totaling an undisclosed four figure amount.

"I've done three this week," Koop says on the phone. "With that record, because it was a live record and you could tell there was a lot of people on the stage, I was trying to get as much space as possible into the recording. So you place the microphones at different distances from the instruments. You have a mic up close and a mic far away. It's about the time it takes the sound to hit the microphone."

G Koop played guitar, piano, organ, drums and bass on his recording of the song. He hired singers to do the choir part. He sent the finished product to Jake and Jake — again acting as producer, an overarching title which is how he's credited on the album — sent it to Drake.

Then Drake's primary producer, Noah "40" Shebib, decided that a bigger choir in Toronto would be better to sing the vocal part. And after all Brown's, G Koop's and Jake's work — with Jake's original drum and bass tracks remaining all the way through the process — it was 40 who put the finishing touches on the song and guided it through mixing and mastering. That's what you hear on the album.

At Jake's house, listening to the album version back to back with the original he made from Brown's .wav file, Jake is surprised and impressed. "I didn't realize how much faster it is on the album. They really sped it up. And I've never listened to it on monitors before. It's mixed really well."

But it all goes to show that just like "beat" is shorthand for a complicated musical composition in hip-hop, "producer" is shorthand for all kinds of engineers, not to mention specialists like G Koop and Gene Brown, who contribute to the minor miracle of a song ever getting made.

"It was stressful," says Jake, about the whole process — for which he'll receive a check at some point for an amount that lawyers haven't yet decided. "When you're sampling, you're always a little out of control."