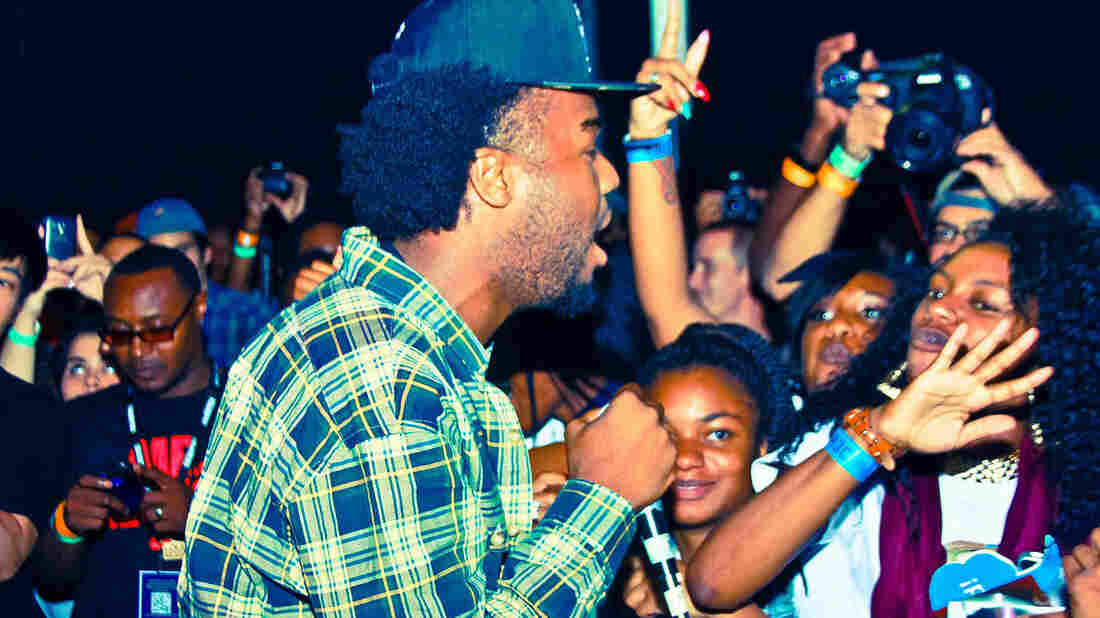 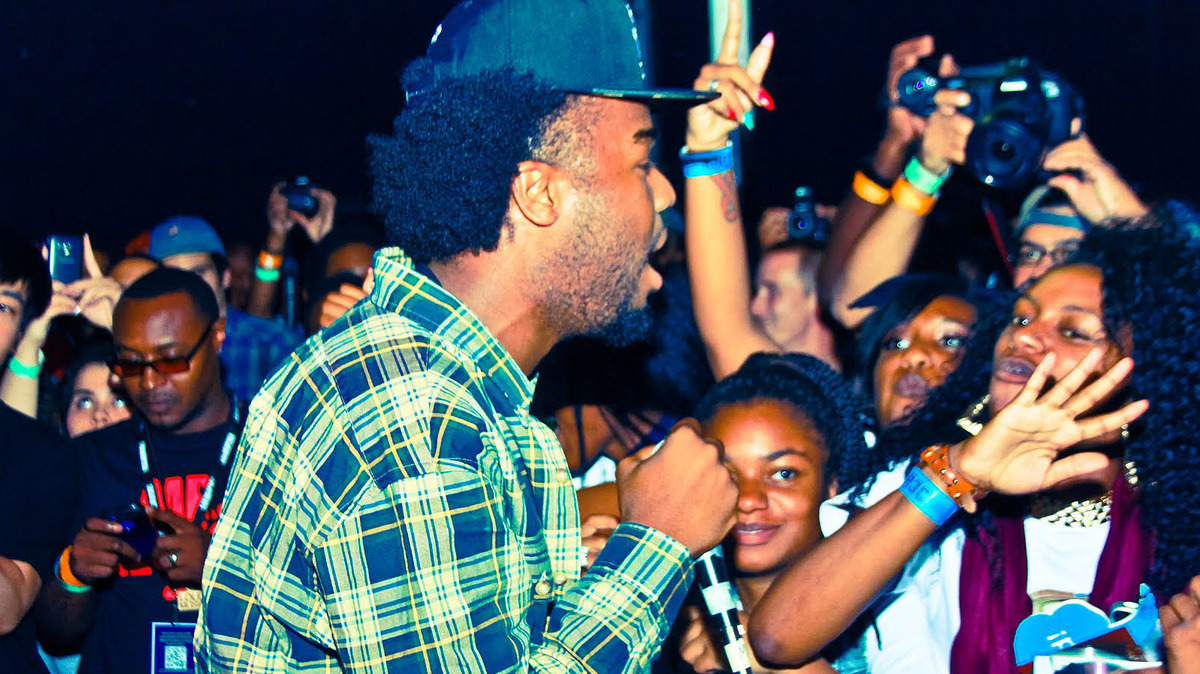 Last week the ninth edition of the A3C Hip-Hop Festival went down in Atlanta, Ga. A3C, which stands for All Three Coasts, began as a three-day event at one venue in Atlanta's Midtown neighborhood and this year spread over five days and dozens of venues all over the city.

Even though it's grown in size, A3C doesn't take over the consciousness of Atlanta the way a festival like SXSW occupies Austin. People spotted my wristband and asked me what was going on. "This is still a festival on the in-the-know type basis," said local writer Maurice Garland. "It's not something you're going to see on billboards or advertised heavily around the city."

I spoke to Garland at The Basement in the East Atlanta Village — one of four cultural hubs where festival events took place this year. The venue is a small, smoke-filled room below the Graveyard Tavern. Garland, who's been involved with four productions of A3C including this year's, told me the area we were in, not unlike Old 4th Ward and Little Five Points — the other locales where the festival is held — has been gentrified. He says A3C has changed too.

"I would say that the music they showcase has gotten much more diverse. In the beginnings of it, they went for a very underground crowd," he said. "This year is probably the most inclusive they've been." He was nodding to the Think It's A Game Entertainment street team advertising a few of the night's performers: ForteBowie, Jacquees and the headliner, Rich Homie Quan.

The festival has also opened up to artists making music outside of the South. Philadelphia, the DMV and Chicago each held their own showcases this year. At one, called Chicago Hope, over a dozen emcees from the Windy City performed in the Spring4th Center downtown. The sets included Lil Bibby, Tree, Katie Got Bandz, King Louie and Lil Durk.

In a sea of custom T-shirts promoting mixtapes and Twitter names, Caleb James' brightly spray-painted thermal stood out. He wore the title of his most recent project, The Jones, on the front and the name of the Chicago collective to which he belongs, SAVEMONEY, on the back.

I met James before his set on a quaint patio behind the building where fans, media, managers and artists were mingling freely. Alex Wiley sat unassumingly on a bench near us. Lil Durk was nearby surrounded by people. James said he knows almost all the performers, and, despite his city's reputation for violence, the attention the musicians have been getting unifies them.

"The past two years, everyone has been coming together and showing each other a lot of love and respect and support," he said. "It's beautiful, and it's better for our city than killing."

Many of the artists on the bill watched their peers perform. Members of the Atlanta collective Two-9, whom James says are close friends of his own group, showed up to support, as well as Chicago producer Young Chop.

"I'm fans of everybody," James said of his fellow acts. "I've never performed with them, so I'm really just happy to be sharing the stage with them."

And though they didn't have an exclusive event, the west coast had a strong presence at A3C. Compton rapper Problem, known for his hit "Like Whaat," appeared on the BET Music Matters stage and also shared a showcase with James where they opened for Too Short. Jay Rock and Schoolboy Q headlined Saturday evening's Revolt TV's showcase where they received some of the more enthusiastic feedback of the week.

A few nights before that it was the Bay Area's Iamsu!, who turned the crowd at the Street Execs showcase headlined by 2 Chainz. I spoke to Su, who towered well above the crowd at Spring4th, a few minutes before he was set to take the stage.

"That's what I've always wanted to do," he said. "I want to be the face of my area — the Bay Area, Richmond and the whole west coast."

Su headlined the Leaders of the Next Cool showcase the following night at the same venue where he was, once again, the only California artist. Though this year was his second time appearing at A3C, the showcase marked his first time headlining there.

"The last showcase I did, I was up there by myself and didn't have any of my homies with me," he said. "[Headlining] shows the growth from last year, and we worked really hard to get here. It's a blessing."

Leaders of the Next Cool also featured Atlanta up-and-comer Scotty ATL, whose breakout mixtape FAITH with DJ Burn One has garnered the emcee quite a bit of attention. I caught up with Burn One at the SAE Institute, which housed programming created specifically for aspiring producers. Industry vets like DJ Toomp, 9th Wonder, DJ Premier and Organized Noize hosted panels and classes where participants could learn and interact with the pros.

This is the first year Burn has put on his own showcase, where Scotty ATL headlined with a live band, called iNDEED. "I love live music — just the texture and the feel. It's not perfect," said Burn. "So much music now is perfectly quantized. With live instruments, it's just a vibe you can't get anywhere else."

Burn's relaxed approach mirrored that of the festival. Attendees and artists generally came in and out of the same doors, and the latter frequently hung out in the crowd prior to or following their own performances. Still, the festival was marred by a few no-shows (notably D.C.'s Shy Glizzy), occasional technical difficulties, traffic and parking congestion. There were free shuttles running between the different neighborhoods where performances happened, but the most expedient method of transportation was by car.

"It's definitely gotten a lot more spread out, and I think shrinking it back down a bit would help," said Burn. "Everywhere I go, there are little pockets of people here and there as opposed to a bunch of people being in one place."

Growing pains aside, the festival offers something for every hip-hop fan, transcending generations and geography and welcoming both the trappers and the backpackers.