Accessibility links
How To Read This Year's Rock Hall Nominations : The Record It's official: Chic cofounder and sole survivor Nile Rodgers is now the Susan Lucci of the Rock Hall.

How To Read This Year's Rock Hall Nominations

How To Read This Year's Rock Hall Nominations 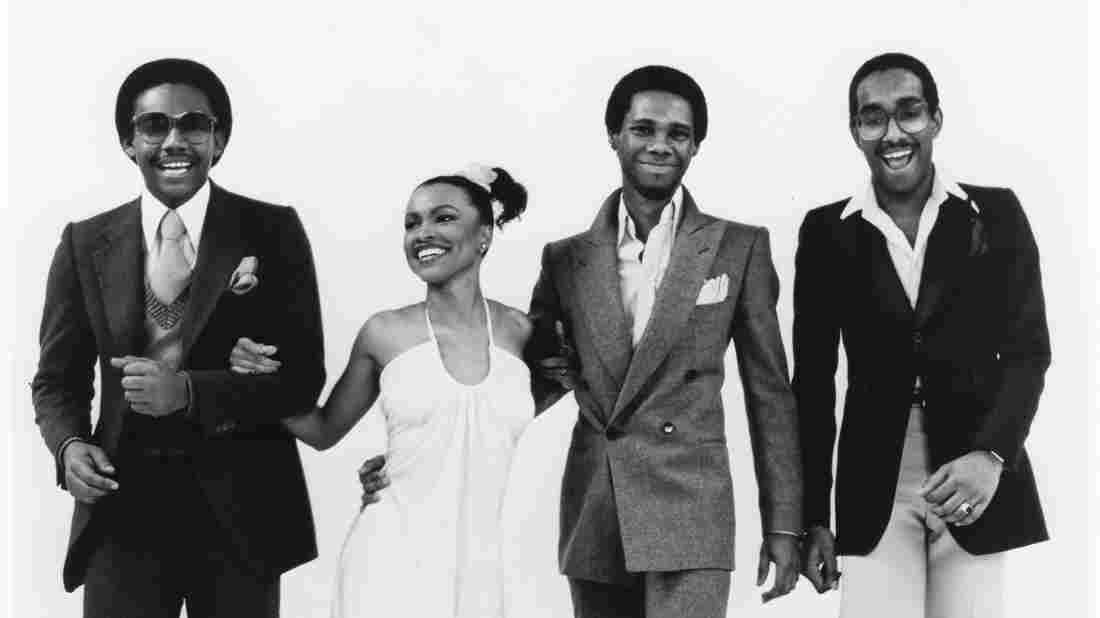 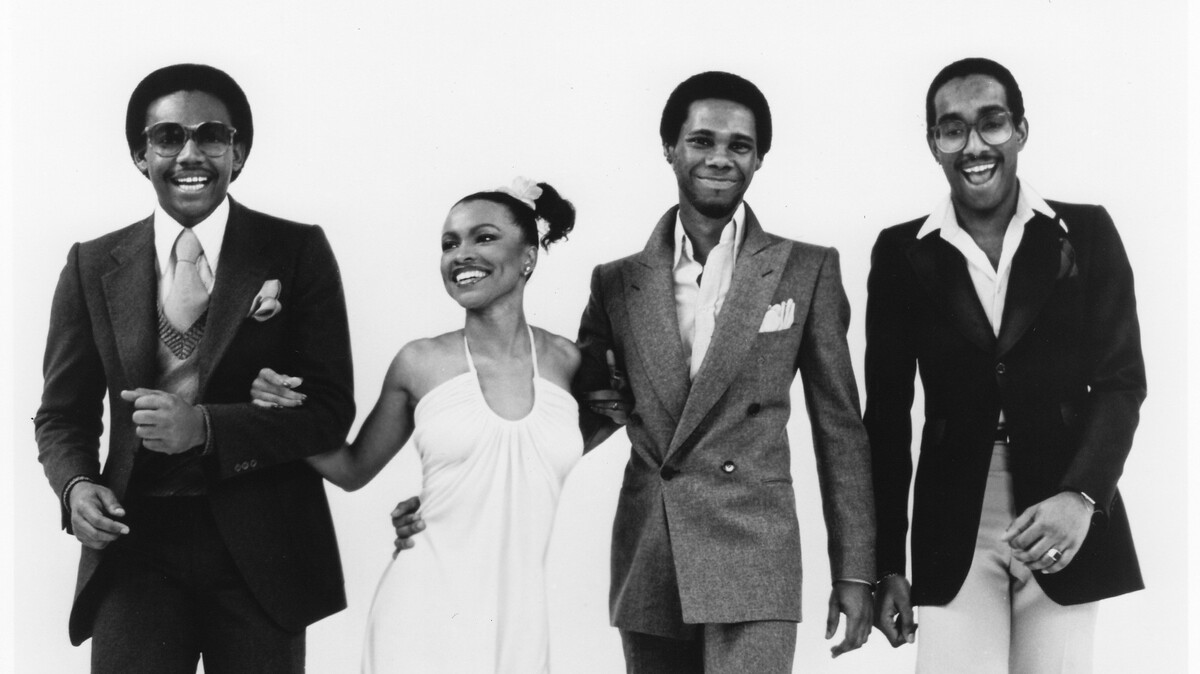 If you look beyond the headlines that greeted this week's announcement of 16 nominees for the Rock and Roll Hall of Fame — Nirvana, a foregone conclusion for first-round induction; KISS, long snubbed, getting its second shot at glory — you might notice that two Rock Hall records were quietly set. They tell you all you need to know about how this mysterious institution works.

The first involves '70s–'80s disco/R&B pioneer Chic. With this nomination, its eighth, Chic holds the current record for the most nominations for the Rock Hall without getting inducted. (The all-time record is still held by Solomon Burke, who went un-inducted nine times before finally getting in on his 10th nomination in 2001.) So officially, Chic co-founder and sole survivor Nile Rodgers is now the Susan Lucci of the Rock Hall.

The other record concerns the unusually large number of first-time nominees on this year's list. Artists become eligible for the Hall 25 years after the release of their first recording. For example, Nirvana just became eligible this year, a quarter-century after issuing the 1988 single "Love Buzz." Half of this year's list are first-timers, which in and of itself is not a record. There have been more in other years; in the Hall's first few years (starting in 1986), obviously most of the nominees were first-timers by default.

No, the record is this — seven of this year's eight debutantes have been eligible for the Hall for at least half a decade: Peter Gabriel, Hall and Oates, Link Wray, the Replacements, Linda Ronstadt, Yes and the Zombies. (Nirvana is this year's only debutante to get the nod in its first year of eligibility.)

If we omit the Replacements, who have "only" had to wait since 2006, the other half-dozen debutantes have all been eligible for more than a decade. (That means they released their first record at least 35 years ago.) This is unprecedented — the largest number of first-time nominees in a single year who have been Hall-eligible for more than 10 years. Let's call these six acts the Decade Debutantes.

How these two statistical anomalies came to pass reveals something about the two halves of the Rock Hall process: the opaque Nominating Committee, and the more mass-appeal (for good and ill) Voting Committee. Each has its biases, which leads to the sorts of snubs that drive music fans batty.

The Nominating Committee comprises about three dozen critics, editors, managers and a handful of stalwart musicians (Robbie Robertson, "Little" Steven Van Zandt and Lenny Kaye most prominently). They meet annually in a private cabal to debate and deliver the shortlist of nominees. They then open it up to the Voting Committee, which comprises several hundred voters. It's a more eclectic list — some critics and editors are included, but like the Actors' Branch that dominates Oscar voting, the Rock Hall voting body is overwhelmingly composed of music-makers, including virtually everyone who's been inducted in the Hall's three-decade history.

If you are a Chic fan looking to assign blame for its continued non-induction, the Nominating Committee actually deserves your thanks, and the Voting Committee, your scorn. Seven times, the small cabal has put Rodgers & co. before the voters, and seven times the voters have blown them off.

This reveals how both groups' collective minds work. With their music-nerd bona fides and known advocacy for R&B-based music, it's easier for the nominators to appreciate Chic — purveyors of "Le Freak" and "Good Times," inspiration for "Rapper's Delight," producers of Diana Ross, David Bowie, Debbie Harry and Madonna — than the voters, who are a closer proxy for the average rock fan. For them, the name "Chic" either draws a blank or, worse, evokes studio slickness and leisure suits. One imagines Rodgers' prominence this year on Daft Punk's smash "Get Lucky" might make this the year enough voters consider Chic worthy.

But let's be honest: the non-induction of Chic doesn't provoke much fan ire (save me and my poptimist-nerd friends). What makes your average rock fan really furious are the acts that never make it out of committee. This year's six Decade Debutantes are prime examples — until this year, they were all snubbed by the Nominating Committee and weren't offered to the wider Rock Hall voting body at all.

Last year's biggest headline-grabber was the most infamous Decade Debutante ever, the band Rush, who after years of fan resentment and 14 years of Hall eligibility was finally nominated by the cabal for the first time. The voters then inducted Rush instantly, on its very first ballot — suggesting the band would have been a shoo-in if the Hall had put them up a decade sooner.

This tells you something about the Nominators' biases. Infamously, they have issues with particular rock subgenres and are reluctant to reward, say, progressive rock or certain strains of metal and postpunk. This explains how, say, KISS went until 2009 without so much as a nomination, despite being eligible as far back as 1999; this year is only KISS' second time at the nomination rodeo.

Fans of Gene Simmons and Paul Stanley should count their blessings — KISS didn't wait as long for a nod as progressive-rock titan Yes, which this year finally earned a nod after 19 years of eligibility — an even longer wait than Rush's. Or consider poor Link Wray, power-chord pioneer, whose classic "Rumble" came out in 1958; he's been eligible since before the Hall of Fame launched, and he's been dead eight years.

Why is the Nominating Committee only now clearing its cupboard of snubbed acts? The cynic might say they're scraping the barrel of Boomer-friendly acts; with the likes of the Beatles and Eric Clapton long ago inducted, acts like Ronstadt or Wray start looking more attractive to them. The more optimistic assessment is that the Committee, which has grown somewhat in size and diversity over the last few years, is becoming more open-minded and sensitive to perceptions of the Hall as hidebound. If Hall and Oates or the Replacements finally warrant nods, the likes of the Monkees or the Smiths start to seem plausible.

In any case, for the Class of 2014, the Nominating Committee is now out of the way, and we're left only with the voters — who, let's not forget, are mostly insiders. (Since last year, the Hall has opened up voting to ordinary fans, but these votes result in a single "fan ballot" that is weighed against the hundreds of official voters' picks.)

How will the voters' biases — skewed toward more brand-name, mass-appeal acts — play out? Is Yes this year's Rush, with a silent majority of supporters who've been waiting decades for this nod? Have recent comeback tours by The Mats and Peter Gabriel rekindled appreciation, or are they still too marginal? Will the Hall's pattern of one rap act per year persist, and will that benefit the less threatening LL Cool J over N.W.A? Does Linda Ronstadt's recent claim of disinterest in the Rock Hall hurt her with voters — or, like the Sex Pistols, does she sound like a badass and get in anyway?

If I were a betting man, I'd lay odds on some combination of Nirvana, Yes, Ronstadt, Gabriel, Deep Purple, LL and, hopefully, Chic taking the podium early next year. But the ways of Rock Hall voters have been inscrutable before. Just ask Solomon Burke.