Accessibility links
Lonnie Holley: Self-Made Man : The Record The sculptor and painter has been making music for decades, sending tapes to his friends, but only recently began releasing albums. 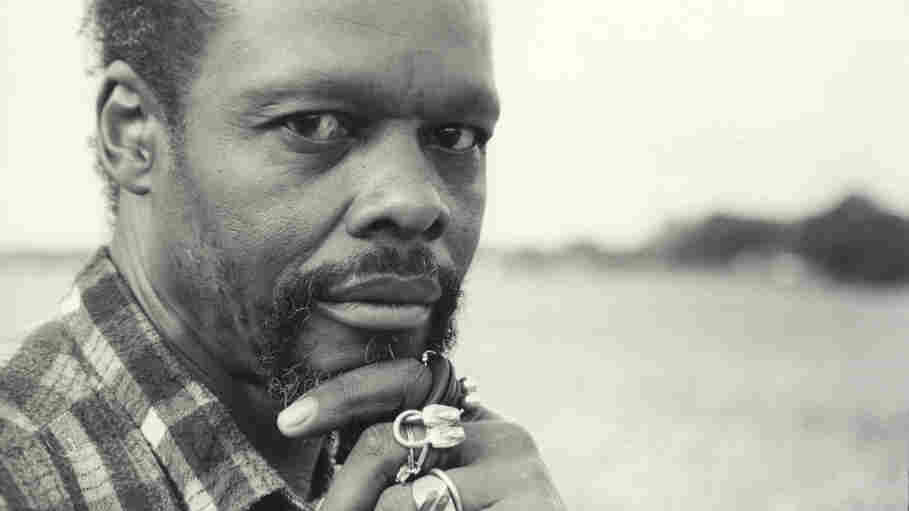 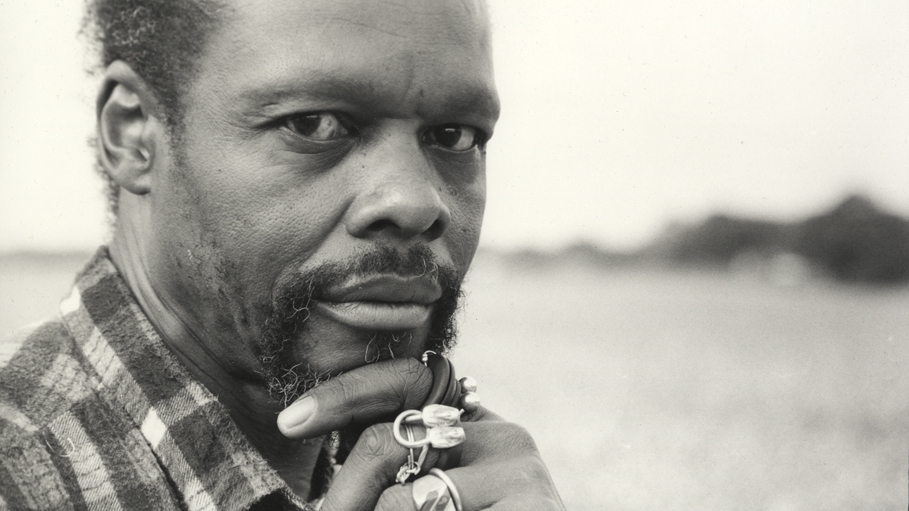 Somebody does something a little different — they briefly step off the curb — and plenty of folks are ready to dub them a "self-made man" or "self-made woman." But what Lonnie Holley does, and what he has made of himself, demands a whole new term. He truly is his own invention.

On a Friday night in October, Holley is sitting at a formica table in a cozy little museum café in Columbus, Ohio. It's him, me and his friend and road manager, talking before Holley plays a concert at the Wexner Center for the Arts. Some local indie rockers come by to meet him, and all the while Holley keeps talking. Talking about his art. He is explaining why, although the 63-year-old sculptor and musician has been making music for himself for many years now, he only recently started releasing it to strangers as commercially-available albums.

"I think it was like in preparation to be shared. Practice to make perfect," he says animatedly. Until recently, the attention Holley has received has been due to the sculpture and environments he builds. They are made of objects natural and manmade that Holley finds on walks; they are thick with references to current events and African-American history. But the visual art is only part of his story. His sculpture and his music are inseparable, he explains, "are Siamese twins." The best way to experience them, he says, would be to have him follow behind you in an art gallery, singing as you viewed the work.

Holley's eyeglasses are decorated with beads, and one wrist is thick with a tangle of bracelets. Hanging from his fingers are anti-bling; handmade rings and gold skulls that look like they weigh several pounds. He speaks with an original, casual poetry, and his ideas jump from small things to global in a single checker move.

The music he makes, too, sounds like it comes from some other place. It's so elemental, so stark and ripped from the ground, there should be no mystery how his first record, last year's Just Before Music, got its title: it sounds old and draws on principles that have been long forgotten. Holley wants those who hear his new album, Keeping A Record of It, to connect with it on a level beyond the surface sounds.

Keeping A Record of It has a droney, nocturnal waft, and his electric keyboard playing can sound like avant-garde music made by somebody obsessed with repetition and simplicity. It was recorded at various points between 2006 and 2011, and features gentle electronic blips and confetti, buttressed by guest work from musicians in Black Lips and Deerhunter. His singing suggests backwoods gospel testifying from some unnamed church of the swamps; one fragment has him talking about life and death with the quilters of Gee's Bend, Ala., fellow artists who have gone their own brilliant way. Everywhere Holley's lyrics refer to slavery, the church and universal ecology. They are mystical and emphatic.

"To hear or not hear, or to see the art or not to see the art — those are not the facts because we hear and see things but we don't get to the facts of things," he says. Pointing to the brick wall in front of our table he explains that we both see it, but we don't know anything about it, really, whether this or that brick came from a brickyard or was recycled, or was "a pretend brick made of an image of a brick." He wants to get his mind inside the brick, he says, and communicate that inner knowledge.

Lonnie Holley was born in Birmingham, Ala., in 1950, at the height of the Jim Crow era. "Since I were a baby I had been around music," he says. "I was the seventh of my mother's 27 children but was taken away from my mother when I was one-and-a-half." (Other accounts say he was four). He says a burlesque show dancer took him from his mother, eventually depositing him at a whiskey house where he was raised. There was a Rock-Ola jukebox in the room he slept in, and Holley says the owner struck him on the head with a poker.

As an adolescent, he worked at an Alabama drive-in movie theater, and Holley credits the sounds he heard there with influencing his own music. "I got a chance to hear the sound of sci-fi, the mystery sounds that was on the movie. Or the sounds of Dracula and Frankenstein and the old Mummy, all those old movies, those are the kind of sounds were embedded in my brain."

He was a runaway teenager who ended up in the Alabama Industrial School for Negro Children. After one attempted escape, Holley was tied to a cedar tree and whipped with a stick soaked in tractor oil. He says he has no particularly vengeful feelings toward the people who made him suffer.

"Maybe others have had things much more serious and hurtable than mine, and I have to realize that," he says. "It's not that I couldn't cry dearly about that, but my art allows me to rise above it. I love my art."

He learned to shut out the external world and cultivate an inner life, a process that has fed his art. In 1979 his sister's house caught on fire and two nieces were killed. To cope with the atrocity, Holley says he took slabs of sandstone and began sawing into them with kitchen tools, intent on making tombstones for the children. A creative outlet opened up to him. "I didn't know it was art. I thought I was making baby tombstones," he once told an interviewer. Others began to notice.

The director of the Birmingham Museum helped get him included in a 1981 traveling Smithsonian exhibition of American art. Holley would sing while he made his work, and sometimes he'd tape his songs and pass them around to friends. The chain of friends grew larger, and in time, included famed Southern collector of African-American and so-called "outsider" or vernacular art, William Arnett. (Arnett's son Matt is Holley's de facto road manager.)

Today music magazines interview Holley; he has been a featured performer in the Blues for Smoke exhibition of blues-inspired art that was at the Whitney Museum in New York City this spring. It traveled to the Wexner Center in Columbus this month, and Holley also arrived for a performance of music from Keeping A Record of It.

He's the first half of a show headlined by a tribute to Sun Ra. He sits down at a wheezy keyboard; a moment later a guitarist comes out, loosely strumming, looking for places to fit into what Holley is playing. He gets high marks for trying, but Holley plays from feel, and he doesn't follow obvious patterns with his keening, prayerlike songs. The guitar player keeps getting thrown off the merry-go-round only Holley controls. It is his music, he made it, and he understands it better than anybody.

"I'm not trying to copy nobody, not trying to outdo nobody with my music," he says to me. "I'm trying to celebrate the opportunities that music allows for each individual. Because if you look back at music, music didn't need no classroom, music didn't need nobody to give it a Grade A. Music was made in the fields, it was made in some of the meanest conditions. I'm not giving you no mind, mister man, music made people get out of their sick bed."