Accessibility links
Paramount Records: The Label Inadvertently Crucial To The Blues : The Record A furniture company recorded all of the top African-American blues and jazz performers of the 1920s. Despite its roster's firepower, the label folded after just 15 years in business. A new reissue project tries to recapture some of the Paramount Records magic. 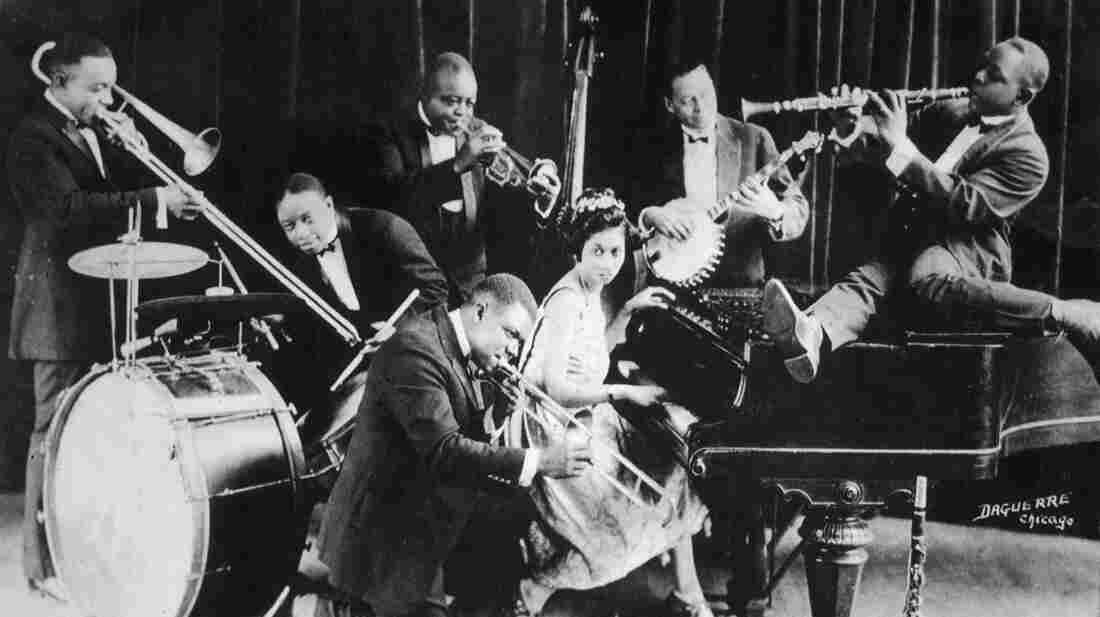 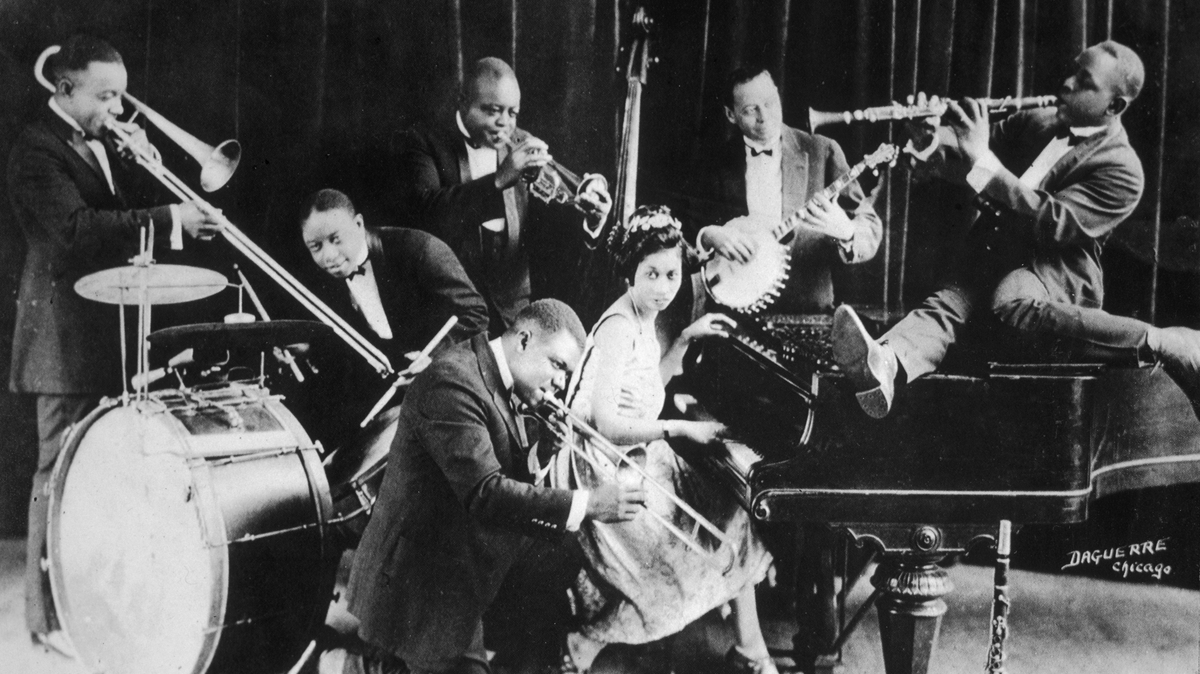 Imagine that all of your favorite music — from Wynton Marsalis to Kanye West — was released by the same record label. Well, if you were African-American back in the 1920s, odds are that was the case. What makes the story even more interesting is that this record label was launched by a company that made chairs. Its name was Paramount Records and its roster eventually included Ma Rainey, King Oliver, Louis Armstrong, Jelly Roll Morton, Ethel Waters, Blind Lemon Jefferson — most of the top African-American blues and jazz performers of the day. Despite that firepower, the label folded after just 15 years in business. Now, a new reissue project tries to recapture some of the Paramount magic.

Novelist and teacher Scott Blackwood wrote a book about Paramount that's included in the reissue package. This is a portion of it:

Holding Music History In Your Hands: Why Archives Matter

"1917. A young black man on a train moving up the Illinois Central Line to Chicago. Outside the window, a great emptiness crosshatched with railroads, threaded by a river. A few no account towns. A sea of prairie. He opens his trombone case across his knees. The brass glints. He feels the promise of the slide between his fingers. All that space out there concentrated into this."

"My goal was to really find the real visceral stories that told us who these people were," Blackwood says. "How this tremendous music came about and who the Paramount people were."

They were, for the most part, a bunch of white guys in Port Washington, Wis., who made furniture — chairs and cabinets for phonographs. Sam Brylawski, editor of the American Discography Project at the University of California, Santa Barbara, says they got into the music business for the same reason some of today's entrepreneurs have.

"Why did iTunes start? ITunes started because Apple needed to have a supply of portable recordings to put on its iPods. ITunes was started in order to sell iPods, just like Paramount Records was started to help sell Paramount — or Wisconsin Chair Co. phonograph machines."

At first, Paramount didn't even have its own studio. The label licensed recordings from other companies, releasing whatever was popular — mostly dance bands to start. Neither the company's records nor its phonographs were selling well. In 1920, another label — Okeh — released Mamie Smith's "Crazy Blues." It was a smash, and suddenly record buyers went, well, crazy for the blues. Paramount executives dived in, recording as many female blues singers as they could: Ida Cox, Ma Rainey, Alberta Hunter.

Almost by accident, Paramount became the leading producer of a new kind of record, and, says Blackwood, the female singers became pioneers. "These women were incredibly powerful at a time when women weren't able to control many aspects of their lives."

The discs they made came to be called "race records." The term was used in ads Paramount placed in African-American newspapers like The Chicago Defender. Alex van der Tuuk, author of the 2003 book Paramount's Rise and Fall and a co-producer of the reissue, explains the term and how, once again, Paramount's white executives became unwitting industry leaders: "They were one of the first, if not the first, to even use the slogan 'the popular race record,' and 'race,' of course, [was] being used as a word of pride and that was what the Chicago Defender also said: 'Be proud of your race.' "

"Because they specialized so heavily in that music," says R. Crumb, the seminal underground comix artist, "their ads were not insultingly racist, as were some of the other companies." Crumb was first attracted to the old 78s he now fervently collects by the graphics on their labels. It was only later that he saw the ads.

"Paramount, for being this small company, run on the cheap, certainly focused strongly on the graphic promotion of the record, more than any other company, I think. As far as blues goes and all that. They really put out these lurid ads, which were great. And nobody knows who those artists were. Unsung heroes — I don't think any of the original art has ever turned up."

Nobody knows who many of the musicians were either. Paramount kept lousy ledgers, and those that the label did keep were mostly destroyed in scrap drives during World War II. Guitarist and singer Jack White, formerly of the White Stripes and founder of Third Man Records, a label partner in the reissue project, says Paramount hustled as many musicians in and out of the studio as fast as it could.

"People who recorded one record and no one knows who they are; there's no photograph of them, there's no history of them," White says. "They were in the studio for 10 minutes and left and are gone. Who are they? We don't know, and we will never know and that is unbelievable."

Paramount recorded plenty of musicians we do know, though: Charlie Patton, the giant of the Delta blues; Blind Blake, the master of ragtime guitar; Blind Lemon Jefferson, the Texas guitarist and singer who's been called the first rock star of the '20s. Brylawski says Paramount recorded what others did not. "Paramount was the first to record a solo male singing blues with a stringed instrument. You know, this is what we think of, more often than anything, as blues. First one ever made was made for Paramount."

Papa Charlie Jackson was discovered on a Chicago street corner by a fledgling record producer who literally fell into Paramount's lap — knocking on the label's door one day offering to run its Chicago operations.

Mayo Williams was a graduate of Brown University and had worked for other labels selling their records. Like the men who ran the Wisconsin Chair Co., he had no real experience in the music industry. But he did have a vision.

"His whole idea was to raise the consciousness of the race," says Blackwood. "He actively sought out and tried to recruit black opera singers and was really kind of obsessed with this idea, primarily because he thought that refined culture was what African-Americans really needed and wanted, if he could just get it to them."

But his customers wanted blues and jazz, so that's what he delivered.

By some estimates Paramount made more than 100,000 recordings. Documenting the label's accomplishments was one reason Dean Blackwood launched the current reissue project. He's Scott's brother and the co-founder, with the late guitarist John Fahey, of Revenant Records — the other label partner in the project. The reissue includes six LPs, two books and a thumb drive containing 800 tunes and 200 ads and other images. All contained in an oak box designed to look like a portable phonograph case from the 1920s. It's being sold in a limited edition of 5,000 for a hefty $400.

"It's not just about the tunes; it's about this narrative that's told about these white men operating out of a chair factory who really had no idea what they were doing and that's what makes it all the more remarkable that they almost inadvertently create one of the greatest repositories of early American music, albeit cheaply recorded, cheaply produced, cheaply pressed," Dean Blackwood says. "It makes for a really intriguing tale and so we definitely wanted it to be more akin to a museum exhibit than what you'd see in a typical music release."

For such a remarkable story, Paramount's end was fairly prosaic. The company always struggled — then the Great Depression hit. The label sold most of its metal masters for the copper in them. It gave employees records in lieu of a final paycheck. Here's how Scott Blackwood writes the end in his narrative:

"December, 1933. Evening. Grafton, Wisconsin. A knot of bundled up white people, factory workers, clerks, even a few secretaries, are standing on the roof of the Grafton Record Factory along the banks of the Milwaukee River. They're angry. They've just been fired during the company's Christmas Party.

"They sling the records into the dark, toward the river. They can hear some of them smash on the rocks along the river bank. Others make it to the water, drift downstream, they imagine, or settle to the clay bottom.

"This is how the story ends, they're thinking. But the voices out there in the anonymous dark drifting downriver still have something to say."