Accessibility links
Beyonce's New Album Is Entertainment's October Surprise : The Record The sudden release of Beyonce's new album felt like a gift, but it was also a remarkably deft orchestration of the recording industry at the tail end of 2013. 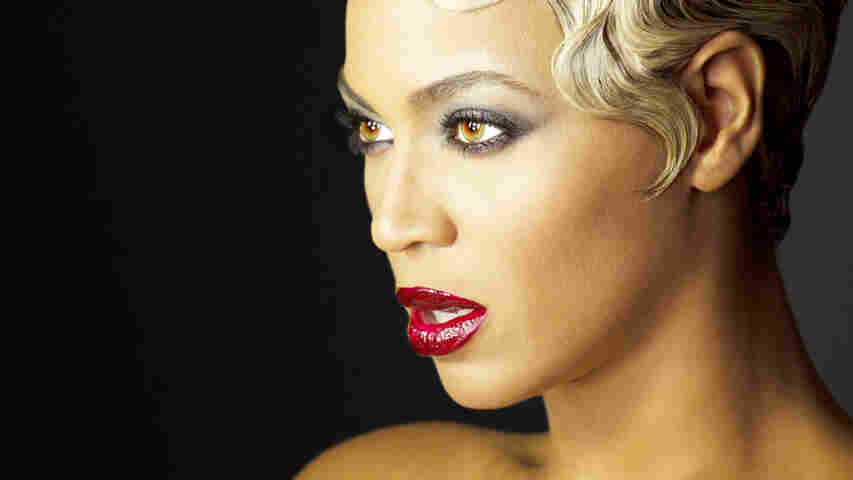 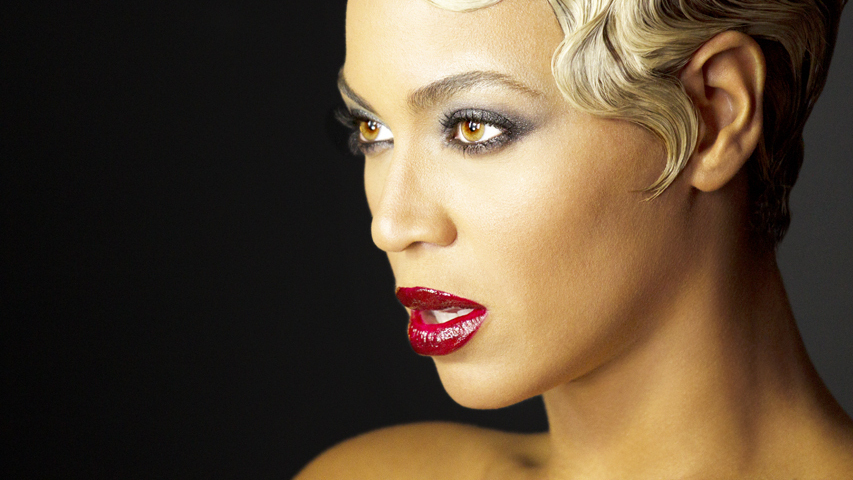 Thursday night — just as Twitter was coming down from Scandal's midseason finale, and it's hard to think of this as a coincidence — Beyonce dropped an album out of nowhere. The news ricocheted through social media. People called it Bey Day and Christmas come early. In a Facebook post, Beyonce herself tied it to "Thriller," the 13-minute-long video that premiered on MTV in December 1983, when she was 2 years old.

How did one of pop's biggest stars pull off the entertainment world's version of an October surprise? All Things Considered host Melissa Block spoke with Jason King, musician and professor at NYU's Clive Davis Institute of Recorded Music about the album's sudden release. "It feels very social," King says. "This is very much in line with what's happening right now in marketing, which is this idea of marketing without marketing, or anti-marketing, where you appear to be just delivering your product directly to the consumer without any mediation. Now, clearly there is mediation from the record label and so on. There had to be — this didn't just appear on iTunes or in retail stores automatically, there's some mediation. But it appears, it feels as if she's giving a gift to her fans right at the holiday gift-giving time. This seems like a direct gift from the celebrity to the consumer, in a way that I think is going to benefit her. She seems extremely altruistic actually for doing this."

How did she manage to keep the album's release under wraps? "That itself is a secret," says King. "I'm sure we'll find out pretty soon exactly how she managed to keep this under wraps for so long."

Music fans have long known Beyonce was at work on an album, but as the weeks crept by this fall, most assumed it was scheduled for an early 2014 release — traditionally, the music industry avoids putting out new music at the very end of the year. But, says King, following tradition hasn't worked out so well this year.

"This was a very crowded year for pop music releases, particularly from female artists," King says, referring to Katy Perry's Roar, Lady Gaga's ARTPOP and Miley Cyrus' Bangerz. "All of those albums — they spent a lot of money on the marketing and promotion of them, and they did well, but not perhaps as well as the industry predicted or assumed they would. So here you have an instance of, 'Why not try to release something in a very very different way?' With no advance marketing, so you're saving a lot of money. You're riding on the wave of Beyonce's existing success. She's been on tour for about a year. The audience is out there already, waiting for new stuff to come out. But to deliver it in such a way that it's a surprise: It's a shock to people and it becomes an event."

The event of it all dulls the sticker shock — if you want new Beyonce songs this week, you have to buy the whole album, which comes with 17 music videos, and it'll cost you $15.99. No 99-cent songs. Journalists and critics haven't had much time to digest the album, but, says King, from what he's heard, the album wasn't made on the cheap.

"I think it's really artful. There's a track with Frank Ocean that I think is a real standout. The videos look fantastic. They're very high-end. This isn't just some quick thing she put together to get it out to the marketplace so that she could have something available before the end of 2013. This is deeply considered music that really does raise the artistic barrier, particularly for R&B this year, which has been not a great year artistically."

And, says King, releasing all the songs together is an old model that's worked recently in other media.

"She's basically batch-releasing her videos and her music. In other words, this is very much in keeping with what you see on television now, where Netflix will create an original series like House of Cards and, instead of just releasing one episode at a time, all the episodes are available initially as soon as it launches. You can watch on your own time."

So it's not so much the cloak and dagger routine that makes the release of an unexpected Beyonce album news; it's the innovation in distribution.

"It gives her a kind of auteur, sophisticated status, at least in terms of her relationship to innovation," he says. "We're now going to be able to talk about her in the same way that we talk about a Radiohead, or a Trent Reznor, in terms of their innovation — not with music exclusively, but with distribution. They're distribution innovators."

To be clear, all three of those acts breathe rarefied air. "This is only for the superstar artists. Only for the people who've already been the beneficiaries of a lot of major-label marketing money," King says.

Beyonce is notorious for controlling her image; and, in a way, releasing the album the way she has and controlling her own hype, very deliberately, is the ultimate act of control. King points out, though, that that doesn't have to be a negative observation: "It fits into the whole narrative of concealment that surrounds her, but at the same time I don't really consider it to be troubling, so much as just really smart and really savvy. It's very careerist. She's always been a careerist and a pragmatist. She knows what she's going for. She has a very strong career vision as much as she does an artistic vision, and I just see this as being part of that. It's a real gangsta move."