Accessibility links
Remembering Ray Price, Voice Of The Nashville Sound : The Record Country Music Hall of Fame singer Ray Price had a hand in changing the sound of country music not once but twice. He put honky-tonk on top of the charts and then helped make orchestras part of country music. He died Monday afternoon at age 87. 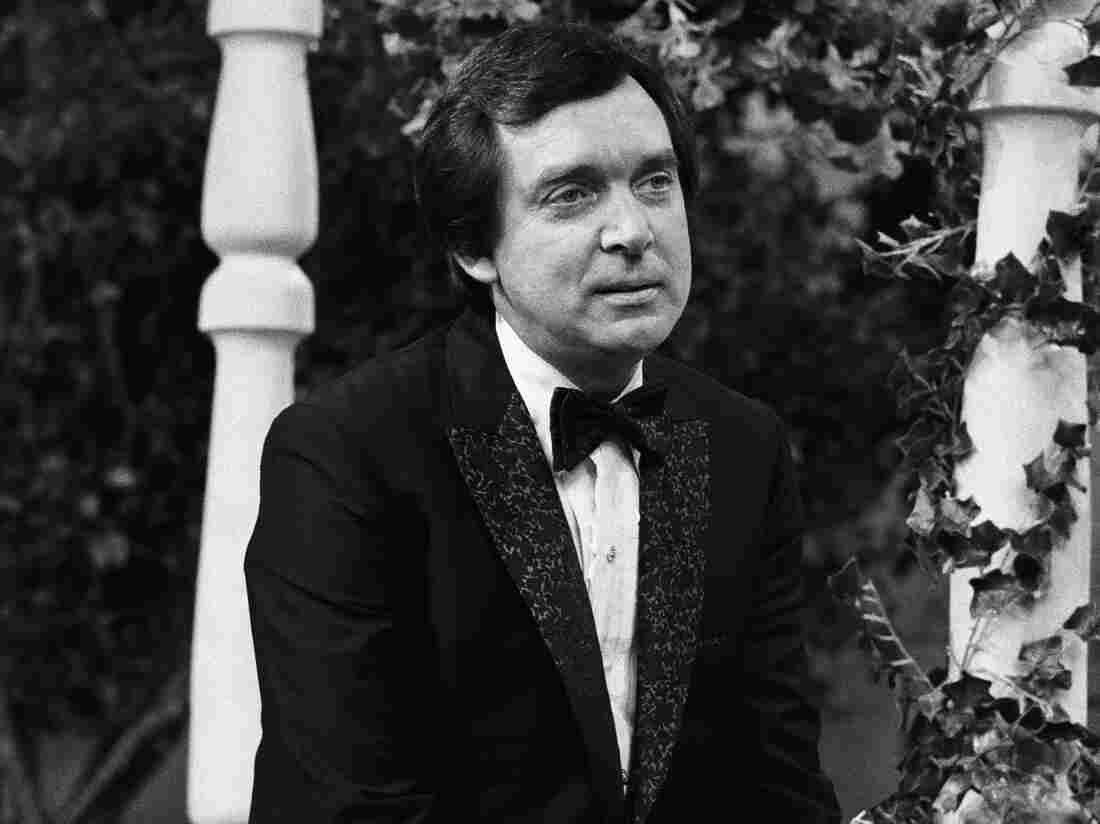 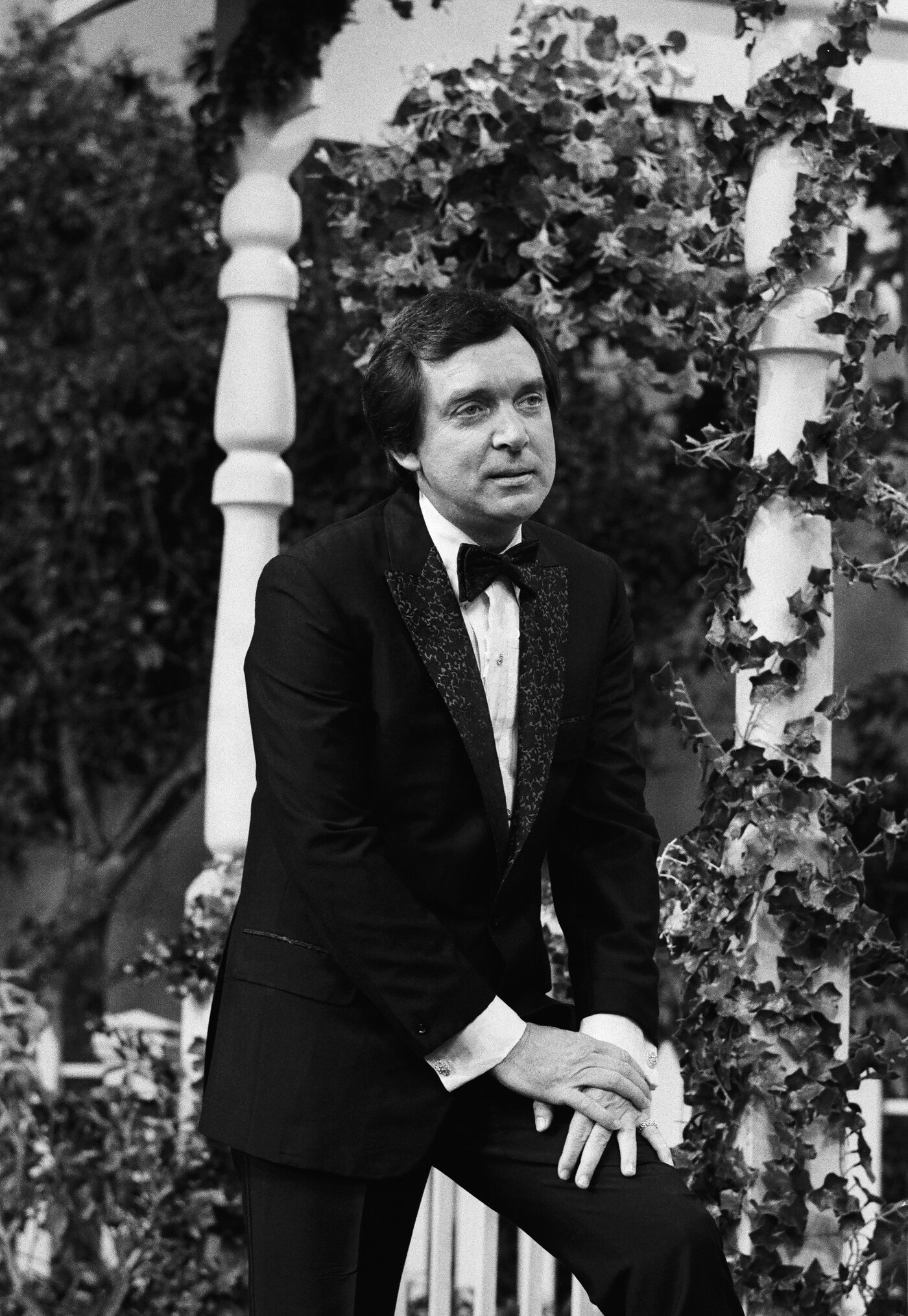 Ray Price on the Dean Martin Comedy Hour in 1973.

Before there was Willie Nelson or Merle Haggard, there was Ray Price. The Country Music Hall of Famer who bridged Texas honky-tonk and country crooning has died after a yearlong battle with pancreatic cancer. He was 87.

Before Ray Price, honky-tonk tunes weren't big sellers. But then "Crazy Arms" shot to No. 1 in 1956. Its shuffling beat became the hallmark of the golden age of Texas honky-tonk.

Price eventually tired of playing dance hall gigs for rough crowds. He told WHYY's Fresh Air in 1999 that producers in Nashville had to come up with a way to broaden country's audience.

"They had to do something to kind of fix it where the people that listened to the Tony Bennetts and the Frank Sinatras and those people would like the song or the music," Price said. "And country music songs are great. I think they're beautiful songs. And to put the strings with them, that's my idea of how to make one really great song."

Price became part of a second shift in country music. The single honky-tonk fiddle swelled into an entire string section. The polished production — which had its detractors — would become known as the "Nashville Sound."

"For the Good Times" was written by Kris Kristofferson, who called Price the link from Hank Williams to the country music of today. That's not just a matter of style. They were friends. Price was hand-picked to be Williams' caretaker on the road and even stand in when the older singer was too drunk to perform, like on one New Year's Day.

"I didn't know what to do because they come running in said, 'You've got to take Hank's place,' " Price said. "And here I was, nobody even knew who I was. And I said, 'There's no way I can do that.' But they put me out there with Hank's band, and we made it all right."

Price would start his own touring band called the Cherokee Cowboys. It had quite the roster. At one point, Willie Nelson played bass. Roger Miller — who went on to fame with "King of the Road" — auditioned on fiddle.

"And his fiddle playing was terrible," said Price. "And when he got through, he said, 'How'd you like that?' I said, 'Well, can you sing and play guitar?' "

And that's what he was hired to do. Johnny Bush played drums for the Cherokee Cowboys. Bush says Price wanted the best musicians, and he let them share the spotlight.

"We hit that bandstand swinging, and we loved him for that," Bush says. "And they had a lot of respect for Ray, like everybody else does. And there's no better country singer in the world than Ray Price, and I don't know if there ever will be."

Sandra Orwig of Harrisburg, Pa., was president of the Ray Price fan club for more than half a century. She committed to be loyal until death. But she and others feel Price never got the love of a George Jones or Merle Haggard.

"I was just so enthralled with the man. I just thought he was the greatest thing since peanut butter," Orwig says. "I never knew what the problem was, why he did not get the recognition that a lot of them did, and he sang so much better. I never thought I'd see the day that you didn't hear Ray Price everywhere you went."

Long after his own music was off the radio, the singer and songwriter was finally inducted into the Country Music Hall of Fame in 1996. Writer Michael McCall says Price's name may not be on the tip of people's tongues, but his influence is certainly in their ears.

Not one to overstate his own significance, Price was once asked what changed after he hit it big.

"Well, I got to eat pretty regular," Price said.

Price maintained his blue-collar work ethic until the end, performing even as he battled pancreatic cancer.