Accessibility links
Phil Everly: Harmony To His Brother's Melody : The Record The Everly Brothers influenced an entire generation of popular musicians. Don's voice usually handled the melody, but Phil gave the higher accompanying harmony to that melody, which defined the brothers' sound. Phil Everly died Friday from chronic obstructive pulmonary disease. He was 74. 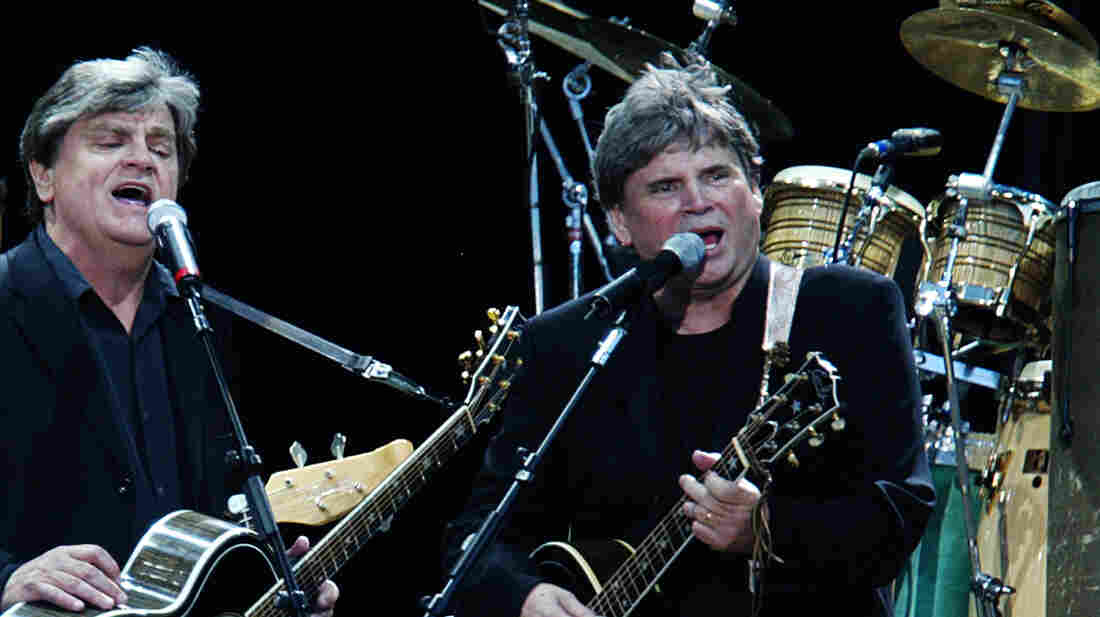 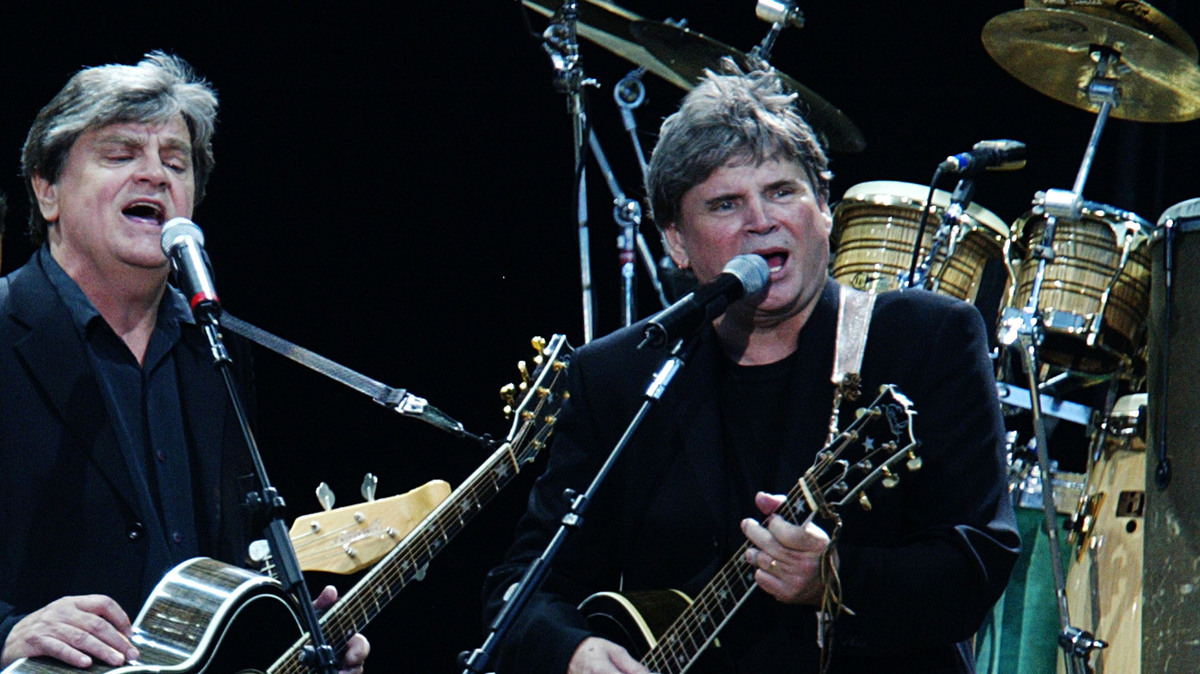 The Everly Brothers, Phil (left) and Don, perform in 2004 in London.

The Everly Brothers' close harmonies and smooth guitar licks influenced an entire generation of popular musicians. Don Everly's voice usually handled the melody, but Phil Everly gave the higher accompanying harmony to that melody, and that was what defined The Everly Brothers' sound.

The brothers' father, Ike, was a Kentucky coal miner and musician. Ike Everly played country music on the radio and ended up with his own show. Phil Everly was born in Chicago in 1939. Father Ike would have his sons, Little Donny and Baby Boy Phil, sing with their parents live on the air in the mornings, before they went to school.

By 1955, the brothers were in Nashville, getting work as songwriters. In 1957, they got their first hit as The Everly Brothers with "Bye Bye Love."

Graham Nash told WHYY's Fresh Air recently that hearing "Bye Bye Love" at a school dance — when he was only about 15 — had a big impact on his career.

"Ever since that day," said the Crosby, Stills & Nash co-founder, "I decided that whatever music I was gonna make in the future, I wanted it to affect people in the same way that Everly Brothers music affected me that Saturday night."

'Foreverly' Yours: Billie Joe Armstrong And Norah Jones Get Close

The Everly Brothers' sound — a blend of roots music, gospel and country — produced hit after hit in the Top 10 and inspired artists including The Beatles, Linda Ronstadt and Simon & Garfunkel.

Over time, though, the brothers fought. At a 1973 concert, Phil smashed his guitar and walked off stage. Right there, Don announced that the duo had broken up.

"You know, they're brothers," says Jason Everly, Phil Everly's son. "If you had a brother you worked with for 50 years, you'd be pissed off over a few things, for better or worse."

Jason Everly says whatever the two fought about, they always had each other's backs: "If you said a bad word about my Uncle Don, even if they weren't getting along at that point, he was the first person to defend them."

The duo reunited in 1983 and was inducted in the Rock and Roll Hall of Fame in 1986. NPR's Noah Adams spoke with Don Everly soon after the induction.

"When Phil and I hit that one spot where I call it The Everly Brothers, I don't know where it is. 'Cause it's not me and it's not him. It's the two of us together," Don said. "I sing the lead, and so I can drift off. Then we'll come back in together and the whole thing happens again. It amazes me sometimes."