Accessibility links
Paco De Lucia, Modern Superstar Of Flamenco, Dies : The Record Traditional flamenco is a singer's art, born in the cradle of Roma culture in Spain. De Lucia was neither a singer nor Roma, which makes his accomplishments all the more extraordinary. 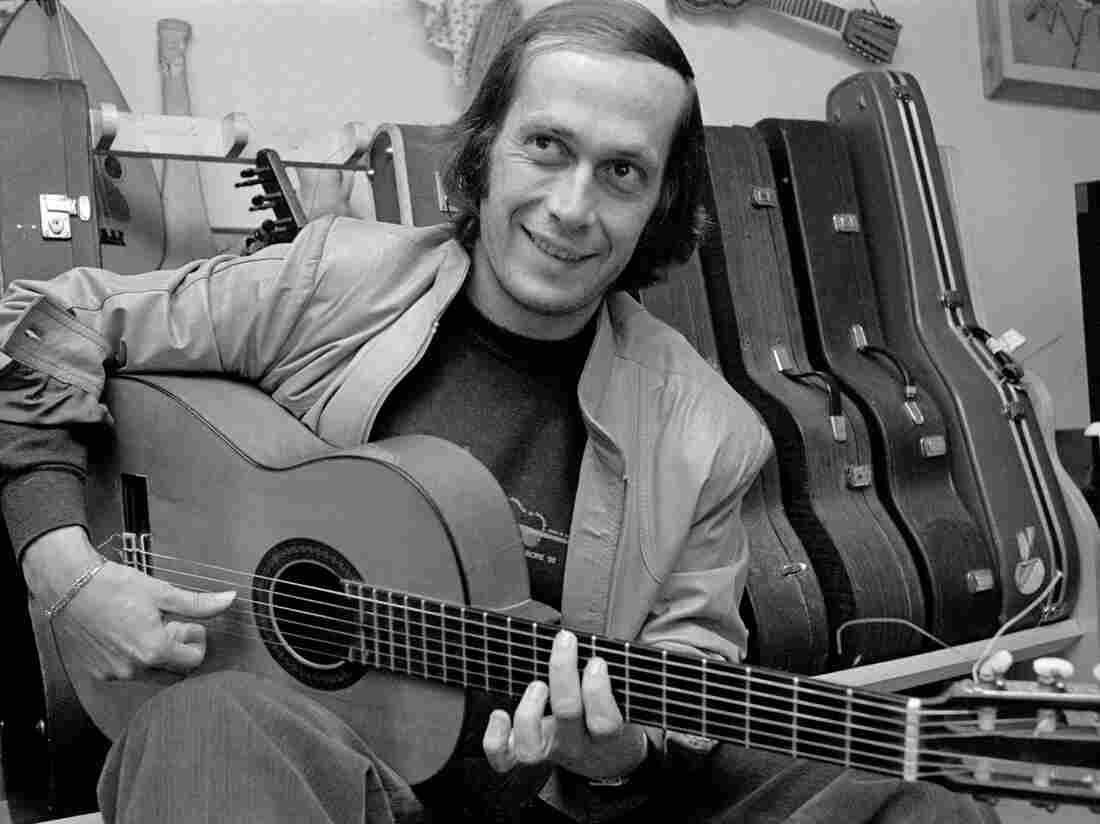 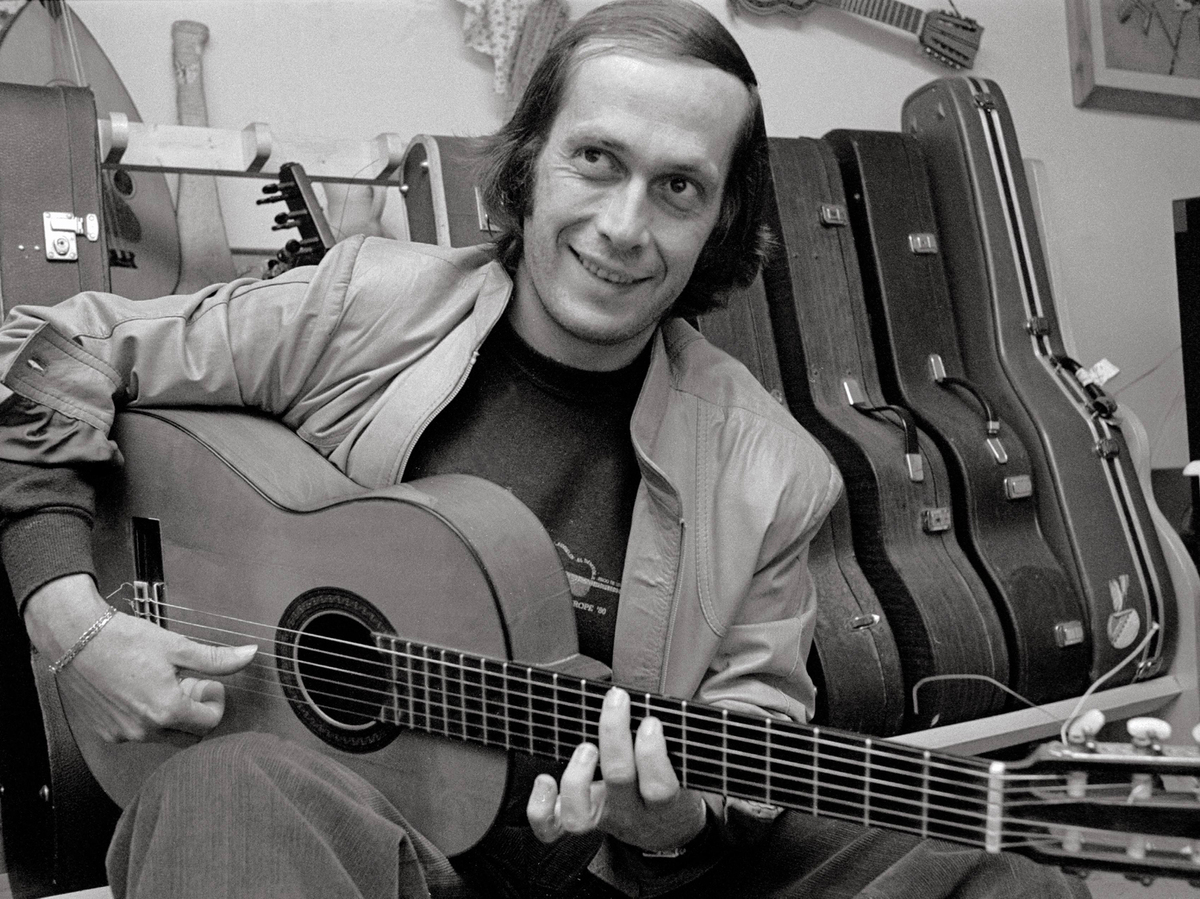 Paco de Lucia, considered by his fans and critics to be the world's greatest flamenco guitarist, died Wednesday in Mexico of a heart attack. The 66-year-old musician was a modern superstar in a Roma, or Gypsy, tradition that is hundreds of years old.

To the world's flamenco fans, de Lucia's story is well-known. He was born Francisco Sanchez Gomez in 1947 and was exposed to the flamenco culture in his home of Andalusia, the cradle of Roma tradition in southern Spain. His father and two of his brothers were flamenco musicians and inspired him to take up the guitar at age 7. He played his first public performance at age 11 and made his first record when he was just 15.

What's also well-known is that de Lucia was not Roma — which makes his early accomplishments all the more extraordinary.

In a 2004 interview he told me that, as a child, he didn't know the difference. "I didn't have a consciousness about Gypsy and non-Gypsy because my childhood life was very mixed," he explained, speaking through a translator. "Later, when I was older, I understood the difference, but not as a child. I knew I wasn't a Gypsy, but I was living in that same culture and philosophy and way of life since the day I was born."

Traditional flamenco is a singer's art; the guitarist is normally just an accompanist. In the late 1960s, de Lucia met a young Roma singer from Andalusia named Jose Monge Cruz, who called himself Camarón de la Isla. For almost a decade the two shook up the sometimes staid world of traditional flamenco by pushing the voice-and-guitar combination as far as it could go.

By this point, Francisco had become Paco and taken his mother's maiden name for his performances. While he was still performing with Camarón de la Isla, he released his breakout recording as a soloist. The album, Entre Dos Aguas, hit the Spanish Top 20.

De Lucia's use of jazz and other non-Roma influences in his music often raised the eyebrows of traditionalists. It also attracted the attention of jazz guitarists Al Di Meola and John McLaughlin, who invited him to form a trio that allowed de Lucia to indulge his jazz passions without traditionalists looking over his shoulder.

By then, de Lucia was a full-blown superstar, who went on to create a style that many say moved the music forward and influenced an entire generation of flamenco musicians.

"My flamenco is not a fusion," he said in 2004. "I have always been careful that it doesn't lose the essence and the roots and the tradition of what is flamenco. I have incorporated other things, but things that have not altered the philosophy of the music. I have as my only interest in all this to grow as a musician who plays flamenco, and not to bring things that some way or another change the identity of this music."

Paco de Lucia created a place for himself in flamenco history that reached back to his earliest days in Andalusia, while always looking forward.