Accessibility links
Dave Brockie, GWAR's Oderus Urungus, Dies At 50 : The Record The mastermind behind metal's most cartoonishly grotesque band brought a sense of levity to the genre when it was in danger of being overwhelmed by negativity and self-importance. 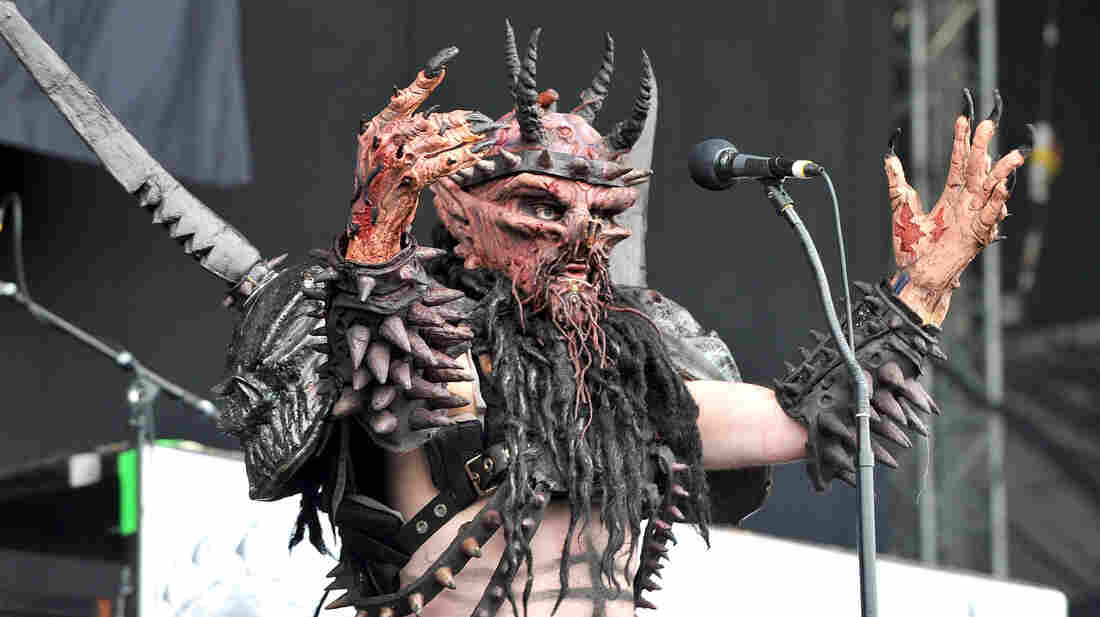 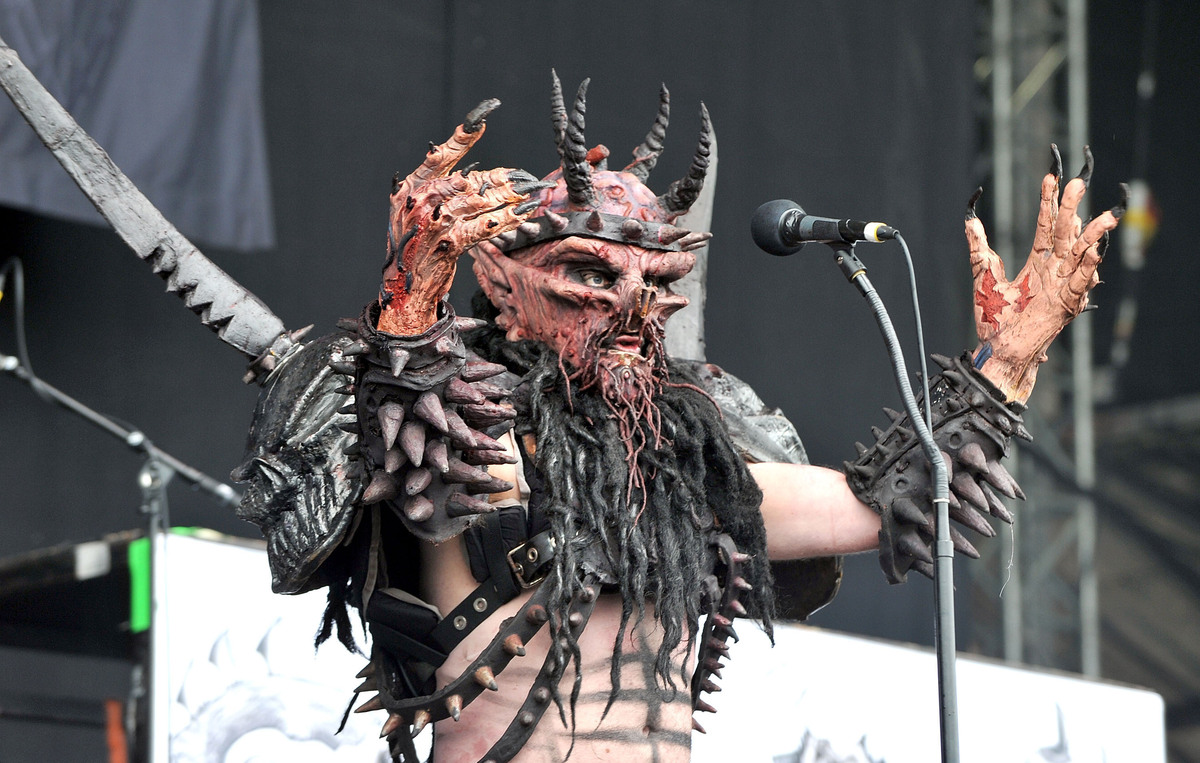 Oderus Urungus and GWAR perform at the Download Festival in Castle Donington, England, in 2011.

Dave Brockie, singer and mastermind behind shock rock innovators GWAR, has died at the age of 50. Initially reported by Style Weekly late last night and confirmed by Richmond, Va., police early this morning, Brockie was found dead in his apartment early Sunday evening.

"It is with a saddened heart, that I confirm my dear friend Dave Brockie, artist, musician, and lead singer of GWAR passed away at approximately 6:50 PM EST Sunday March 23, 2014. His body was found Sunday by his band mate at his home in Richmond, VA. Richmond authorities have confirmed his death and next of kin has been notified. A full autopsy will be performed. He was 50 years old, born August 30, 1963.

"My main focus right now is to look after my band mates and his family. More information regarding his death shall be released as the details are confirmed."

Brockie formed GWAR in 1984 as a joke side project to his Richmond band Death Piggy. With the help of several co-conspirators, the group became an outlet for Brockie's wildly creative and outrageous imagination. Band members dressed in elaborate and grotesque latex costumes, took on stage names (Brockie was known as Oderus Urungus) and created elaborate shows that saw characters eviscerated and audiences spattered with fake blood. Brockie's music with GWAR didn't so much touch on taboo subjects as wallow in them like pigs in filth. Bringing a refreshing sense of levity to heavy metal at a time when the genre was awash in negativity and self-importance, GWAR may have seemed like a joke, but the group's trajectory over the last quarter-century has been extraordinary.

After the 1988 debut Hell-O, which leaned in a punk rock direction and was produced by New York institution Mark Kramer, GWAR switched to a more metal-oriented style on the 1990 follow-up, Scumdogs of the Universe. Aided greatly by the heavily-played video for "Sick Of You," the group was quickly embraced by the metal crowd and Scumdogs went on to become the band's biggest-selling album. The broad humor appealed greatly to teenagers — lyrics were gleefully, cartoonishly obscene and violent — but underneath it all was something a lot smarter: a keen, savage sense of satire that followed in the footsteps of Alice Cooper, addressing taboo subjects with tongue firmly in cheek.

Exposure on the hit TV series Beavis And Butt-Head only heightened GWAR's profile in the early 1990s, and the band would go on to be a mainstay in the American metal scene for the next two decades, drawing legions of white t-shirt-clad fans eager to be drenched in alarming amounts of fake blood pumped out of various stage characters, and most notoriously, Oderus's foam latex phallus.

In the wake of the death of longtime collaborator Corey Smoot in late 2011, GWAR rebounded with its 13th album Battle Maximus, its strongest effort in years, and plans were underway for the fifth annual GWAR-B-Q festival in Richmond this coming summer. A popular interview subject, appearing on everything from Jerry Springer to Fox News, Brockie always maintained a strong public profile, whether offering commentary for numerous publications or displaying his tremendous wit on this Twitter account @TheRealOderus. The metal scene will carry on — it always does — but the genre will be a lot less fun without Brockie's inimitable presence.