Accessibility links
Darkness Comes Alive: The Paradox Of Lana Del Rey : The Record Despite the fact that critics have dismissed her, Lana Del Rey's music — and her message of complicated love that approaches addiction — is more sophisticated than you might think. 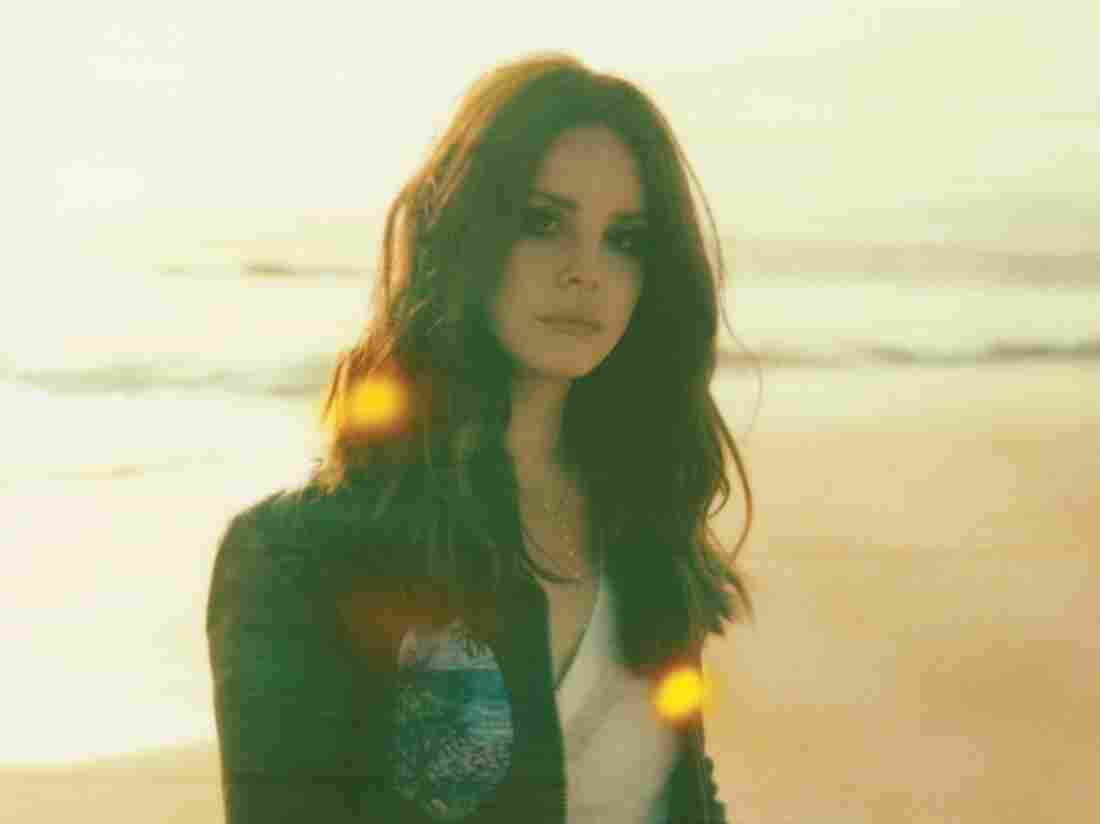 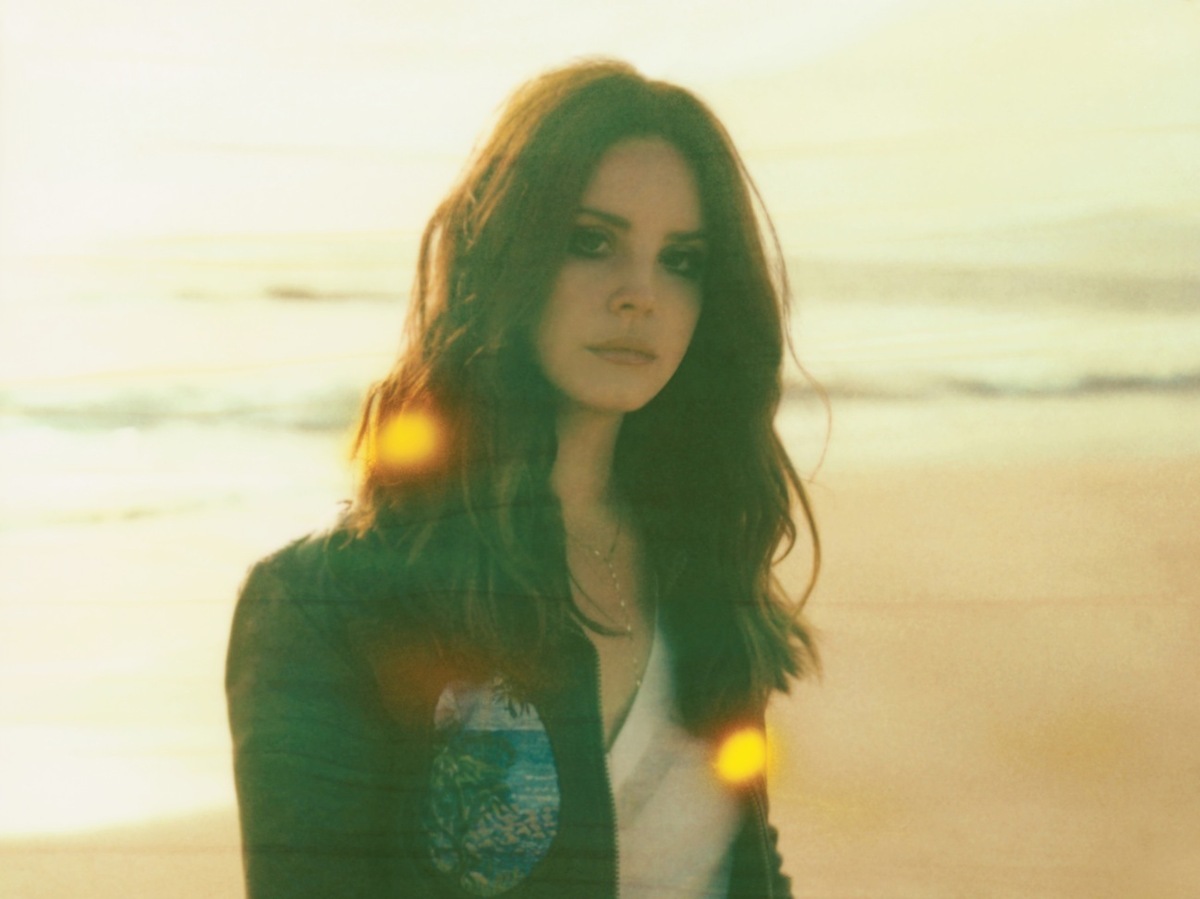 "I don't want to break the covenant of what it is to be a little girl and the kind of things you want to keep from your parents and everyone else in the world, but I will say this: There are things about being female that at that age, it starts coming alive. And so some of these books take these feelings, these big emotions, they let you take them out for a safe kind of spin, you know?"

These are the words of Louis C.K. as voiced by actress Parker Posey in an episode from last season's Louie. She's talking about the relationship preteen girls have with gothic children's literature, but she could also be explaining a key cultural role of Lana Del Rey, pop's darkest and most polarizing mainstream star. Del Rey emotionally goes to places she shouldn't, and the young people who pack her concerts and put her records in the charts thank her for wallowing in the messy truths of their impending adulthood that PC entertainers simply won't touch.

An instant internet sensation after posting her 2011 single "Video Games," Del Rey became even more famous for an early 2012 Saturday Night Live performance in which she did no worse than miss a few notes while resembling a deer caught in headlights, yet was hit with near-universal vitriol that set the tone for harsh dissections of her debut album Born to Die two weeks later: The New York Times' Jon Caramanica began his uncharacteristically scathing review, "It's already difficult to remember Lana Del Rey, but let's try."

Del Rey more than survived her early attacks: Born to Die's international sales have eclipsed that of most every album this decade. But aside from that shaky TV appearance followed by others far more confident, what has she done that's more off-putting than other fast-rising stars? Sing songs in moral shades of grey? Celebrate material wealth with a tone far more ambiguous than that of the average rapper? Mix low-life tropes with a high-life stance?

If she were a male musician, her outsider stats would be impeccable: A teenage alcoholic, Elizabeth Woolridge Grant cleaned up in time to study metaphysics with the Jesuits at Fordham University while moonlighting as a Williamsburg folksinger. When she signed her first contract, she applied her advance to a New Jersey mobile home, and when her first album got shelved, she worked with addicts and the homeless.

Unlike most female acts who woo critics and rockers, Del Rey isn't at all masculine — she's a girly girl who writes almost exclusively about loving bad boys and father figures while appropriating both their bold language and brazen appetites: "In the land of gods and monsters, I was an angel looking to get f----- hard," goes a typical Del Rey line that may or may not be autobiographical. Throughout most of her songs, Del Rey craves sex, excitement, and spiritual redemption with a fire that would otherwise tantalize feminists. Del Rey disturbs because she looks the saint while playing the whore, and she's usually at her best when investing both with sincerity.

What sets her apart from predecessors in provocation like Madonna is that she celebrates the bacchanalian excess of peers like The Weeknd while immolating herself in themes of co-dependency that make smart people squirm. Her songs exude the pain her paramours repress through drugs and sport sex, and their implicit subject is addiction. Del Rey shackles herself to her men in a way that sophisticated pop hasn't since the early '60s. "Been tryin' hard not to get into trouble but I've got a war in my mind," she sings at the bottom of her register in the chorus of "Ride," from 2012's Paradise EP, while a massive orchestra beats and swells like a heart on the verge of bursting. That's a proper Johnny Cash move, and had the late Man in Black lived long enough to sing the song instead of Del Rey, we'd all be applauding as we did when "Ride" producer Rick Rubin coaxed Cash to cover Nine Inch Nails' "Hurt." Del Rey is the waif who dares to come on like a big bad dead dude.

She's also the rare bird who's built her own gilded cage, and her best work packs the pathos of mid-century Douglas Sirk melodramas — the "women's pictures" covertly more sociological than the guy movies. And it does so with similarly exacting distributions of light and shade, density and spaciousness. On "Shades of Cool" from her new album Ultraviolence, her voice soars via operatic falsetto high notes to proclaim that her sullen baby blue is "unfixable," as if still straining to lift him up to an impossible ethical standard before she drops back down to the reality signaled by her usual alto for the realization that his heart, however, is "unbreakable."

On another Ultraviolence single, "West Coast," she's both drawn to and yet feels strangely resistant toward her lover, and so the push-pull of their chemistry resembles the ebb and flow of the tide reflected by the way the song's key modulates up and down and back up again just as the tempo shifts between the pulsing verses and the almost weightless chorus, as if she were surfing and tumbling on unpredictable waves of desire and distance. That's an extraordinarily expressive way to musically capture the vicissitudes of love — particularly for a woman unfairly derided for her supposed lack of musical skill.

All this is likely to be overshadowed by the controversy just beginning to be stirred up by the album's title track. Like the others, its largely symphonic arrangement draws from the Shangri-Las' girl-group operetta, Roy Orbison's torch song apocalypse, and the cavernous, echoing sound sculptures of Ennio Morricone's Spaghetti Western soundtracks, all slowed down further as if narcotized and sinking leagues below the ocean. Once again Del Rey is in way over her head, this time to a physically abusive beau she blindly adores. "He hit me and it felt like a kiss," she quotes the title of the Crystals' notorious 1962 Gerry Goffin/Carole King-written single eerily produced by Phil Spector.

But there's more going on here than just a button-pushing quotation. The first verse ends, "Jim brought me back/Reminded me of when we were kids," as if they'd both been beaten as children, a point that illustrates abuse's typical intergenerational cycle. The second one ends, "Jim taught me that loving him was never enough," a statement that reveals she clearly realizes devotion won't remedy their bleak situation. It's a sad fact that if Del Rey were a straightforward role model, she simply wouldn't have generated this much discussion about feminism.

Although her musical allusions, sumptuous visuals, and willingness to sometimes play subservient in love suggest she's living in the past, Del Rey's actually occupying two eras at once. "My p---- tastes like Pepsi Cola," she sings on a song from Paradise, a line that even today provokes an asks-for-it response, the way women who dress provocatively are often held accountable for non-consensual sex. Her work is a running commentary on contemporary power and wealth and America itself that's embodied in this very line. Lady Gaga may position herself as an instigator of social transformation, but whenever Del Rey jump cuts from lacerating introspection to queasy satire, it's she who comes on like a performance artist akin to Karen Finley, one who spins tales of taboo while self-objectifying and writhing in forbidden compulsions the way Finley screams of rape while showering in chocolate and canned yams.

Ultraviolence is uncomfortably sweet and rich like that. The Black Keys' Dan Auerbach, who produces and plays on most tracks, tones down the hip-hop strains of Born to Die while whipping up frothy mountains of reverb, surf guitar arpeggios and lurid orchestrations. The star's jones for jazz has grown, and although her reading of "The Other Woman" naturally can't compare with that of her hero Nina Simone, her phrasing on the similarly themed "Sad Girl" is far more confident and fluid and even soulful than her haters think possible.

Gossip merchants have already fixated on "I F----- My Way Up to the Top," a hard rocking attack on a critical but imitative real-life competitor that seems likely to be Lorde. But the masterstroke here is "Old Money," where Del Rey doubles down on the status symbols that New Zealand singer renounced in "Royals" while reviving the elegiac melody from Nina Rota's theme for Franco Zeffirelli's 1968 version of Romeo and Juliet.

Popularized by Andy Williams and Johnny Mathis, the vocal version of the tune, "A Time for Us," puts faith in the future, but Del Rey escapes into the past, yet still can't find solace. "Inside I felt alone, for reasons unknown to me," she laments in the album's truest, most effecting moment, and that wobble in her voice, that weakness for which she's lambasted, makes it all the more alluringly unsettling.

When I was 11, right after my parents went their separate ways and I suddenly had to process all this adult stuff about my dad not being the role model he should've been, I became obsessed with David Bowie. Through him I learned about the life I longed to live, and although his records were full of stuff inappropriate for the average preteen, his tales of alienation and reinvention were exactly what I needed to hear.

I can't presume to judge Del Rey as a young girl or a grown woman might. I'm not one of her bad boys, nor one of her daddies. I try to be a good man, and it pains me to think because I enjoy experiencing through her eyes a world I hope to never fully inhabit — but can almost always relate to — that I might be seen otherwise. But I must dismiss those judgments just as I've opted out from the witch hunt many of my critic peers still carry out against her, one that's grown more cruel given the mounting evidence of her real-life depression. What I adore about Del Rey is that she captures the paradox of attempting to seek liberation through ultimately enslaving obsession. She loves her men as a junkie needs a fix, as supplicant needs a miracle. And although she looks to them for salvation, she's met with sickness because she romanticizes destructive forces that fortunately cannot last — love like lightning, sex like tornadoes, pillow talk like thunder. It takes a certain kind of genius to be that foolhardy.