Accessibility links
He'll Be There For You: Ed Sheeran Keeps The Friend Zone Warm : The Record On his new album, X, rising singer-songwriter Ed Sheeran turns the at times troubling idea of the "friend zone" into something safe and sustaining.

He'll Be There For You

He'll Be There For You 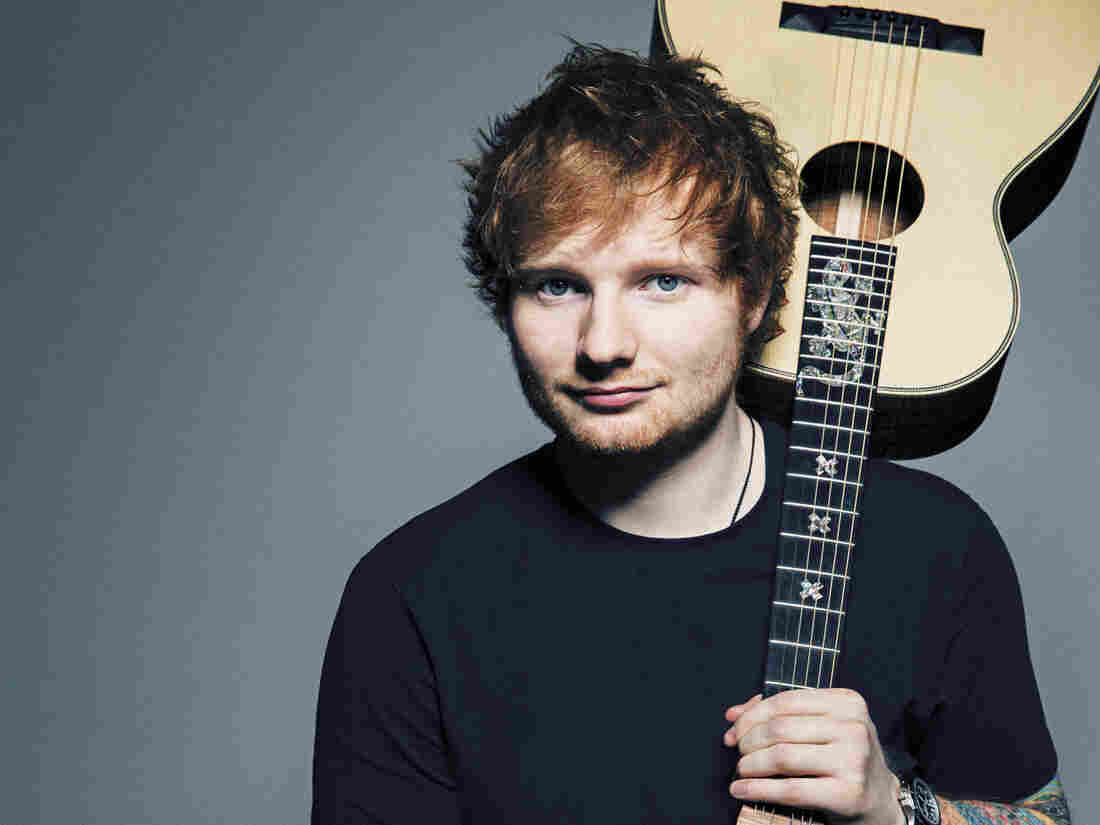 You've Got A Friend: Ed Sheeran's second album, X, released this week, sets out to prove that the "friend zone" doesn't have to be toxic. Ben Watts/Courtesy of the artist hide caption 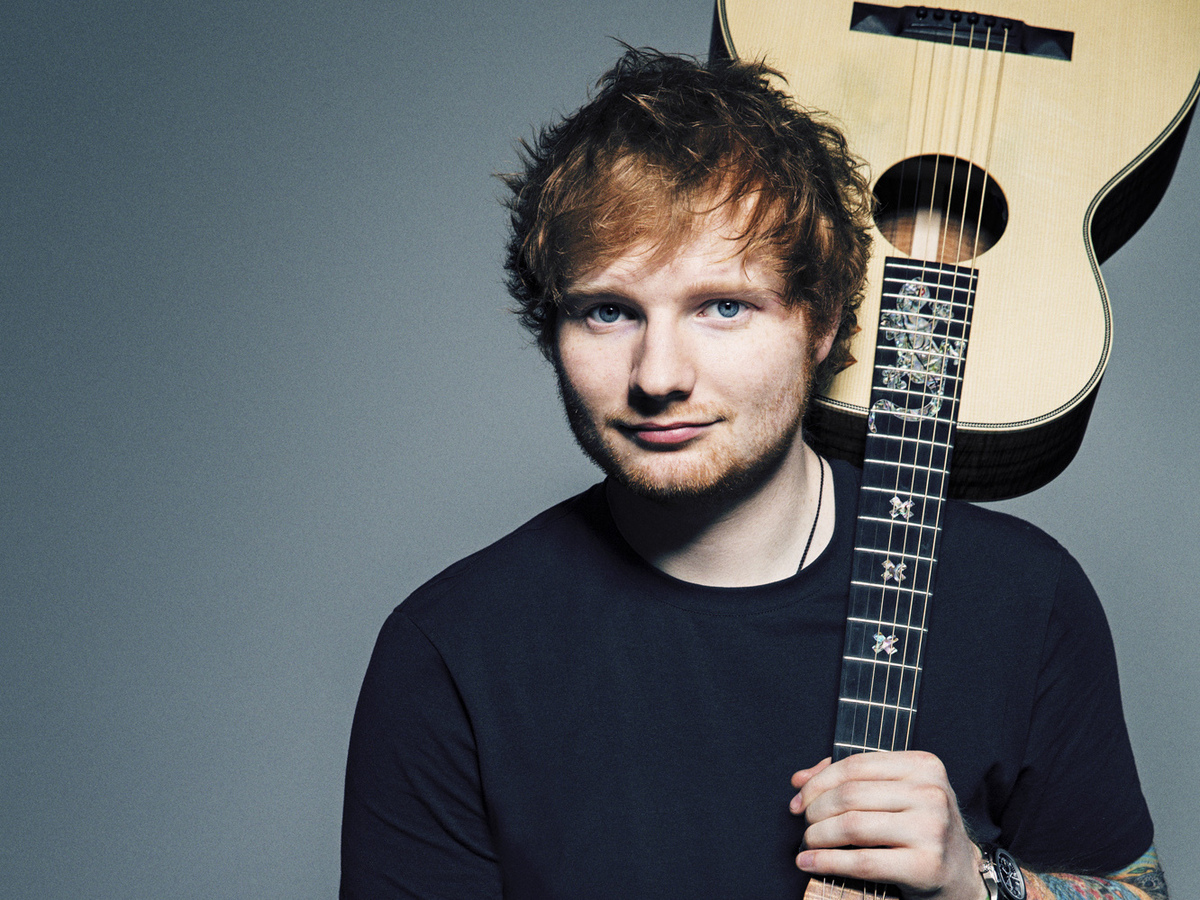 You've Got A Friend: Ed Sheeran's second album, X, released this week, sets out to prove that the "friend zone" doesn't have to be toxic.

Three hankies and at least a dozen wry jokes into the summertime-sad film version of the novel The Fault in Our Stars, the story's heroine, Hazel Grace Lancaster, is speaking about her first love and fellow "cancer kid," Augustus Waters. Someone else refers to her as Gus's "special friend." Shailene Woodley, playing Hazel, seems to pull herself up by an arched eyebrow when she responds. "His girlfriend," she says. And, in a line not in John Green's 2012 novel, she adds: "Not that it matters." She smiles the calm, contained smile of a realist.

Not that it matters: that phrase resonates because viewers of The Fault in Our Stars have spent the previous two hours watching Hazel and Gus develop a relationship in which sex actually does matter — especially to Gus, who is a virgin when he meets Hazel and doesn't want to die that way — but isn't the central element. All of their talking and fond looks, picnics and shared practical jokes allow Hazel and Gus to emerge as a twosome within a process of mutual testing and genuine acceptance.

Even after they spend an undressed night in an Amsterdam hotel bed, they are mostly shown cracking jokes, having serious discussions and exchanging their delightfully unpretentious pledge word: OK. This narrative is true to many teenage (and adult) experiences, which center on intimacies of the mind, even when the body becomes involved. As an often-told story, it's the less discussed but ever-present counterpoint to the rapid-fire shirt-shedding that happens in most Hollywood blockbusters and Hot 100 hits.

This is the fluid, sometimes confusing, infinitely rich experience of romantic friendship. And though it may be the essence of boy-girl relationships in contemporary young adult fiction (see Harry and Hermione, Katniss and Gale and the sisters in Frozen), in pop music, romantic friendship is a subject left to artists frequently condemned for being sappy or, at best, insipidly sensitive: those acoustic guitar strummers and piano pounders who make melodies that force you to sing them, and litter their lyrics with images that alternate between the sentimentally sublime and the endearingly quotidian. Ed Sheeran is the ruling master of the form. Fittingly, he wrote the song that runs over the end credits in The Fault in Our Stars; it's also included in his just-released new album, X. "All of the Stars" is calm and melancholic, and romantic — it mentions that Amsterdam night. But mostly it's comforting, and steadfast, with its Coldplay-style chords calmly building in a chorus about "the way our horizons meet," and Sheeran's murmured lines about two kids listening to Snow Patrol and walking hand and hand down strange new streets.

This is the meat of what Ed Sheeran does, even though with X, he's bent on proving he can also shirt-shed with the best of them. "Sing," the album's Pharrell Williams-produced lead single, is an interchangeable if exuberant booty-call anthem that pays tribute to Justin Timberlake and makes money off of Sheeran's beefy falsetto. The song seems like a business move for the notoriously ambitious Sheeran, a pleasant diversion even he doesn't quite buy; for the video, he commissioned a lookalike faux-Muppet to perform the debauchery the song describes, distancing himself from the excesses of his own song. Even the choice of Pharrell as a producer is a cake-and-eat-it move; while responsible for plenty of potent sex anthems — including Robin Thicke's predatory "Blurred Lines," whose dominance last summer threatened to destroy the concept of romance altogether — Pharrell has always managed to remain a wholesome figure on the pop landscape, the guy who prefers happiness to heat.

"Sing" aside, X is likely to remain a presence in pop for months (possibly, years) to come because it continues to develop his persona as the friend young listeners love to love. He throws in occasional boastful lines elsewhere — "I went from sleeping in a subway station to sleeping with a movie star," he blind-items on "Take It Back," one of several songs highlighting his poetry-slam style rapping — but mostly, even when he's singing of his lady pal's winsome lips and thighs, Sheeran's still the relatable fellow whose champagne fantasies actually involve eating pizza while watching movies on the couch. And he's always there for the women he courts. "I'll wipe my shirtsleeves under your eyes," he sings in one particularly winning testimony, adding that he doesn't mind if her makeup messes up his hoodie.

If Sheeran follows in the big wake of male Songwriters Who Care, from James Taylor and Lionel Richie to more direct influences like Jason Mraz and Gavin DeGraw, he's taken the role further than anyone by enacting it in real life. Though he rose to prominence in England through relentless touring and interesting collaborations with hip-hop-related grime artists, in America he can thank one woman for his high profile: Taylor Swift. In 2012, the pair co-wrote "Everything Has Changed," a duet that, with its mutually encouraging catchphrase of I just want to know you better now, might be considered the contemporary anthem of romantic friendship. Then they proceeded to live out that song: touring together, exchanging funny little gifts and leaked video texts, posing arm in arm and constantly assuring the world that they could be this close and remain only friends. Whether Sheeran and Swift have at some point shared an Amsterdam-style magic night really doesn't matter; they've defined their love as gloriously platonic and offered it as an example to their young fans of how men and women — even attractive celebrities — can share a kind of love that's open-ended and long-term.

In 2014, this isn't just a cute celebrity pairing; it's a powerful statement about gender equality and respect for limits. This is crucial, especially for the tween and teen fans of Sheeran and Swift. Recently the idea of romantic friendship has been deeply troubled by rhetoric surrounding the "friend zone," a social space that discussions among young men identify as where "nice guys" go to sexually die. Popularized on the aptly-named sitcom Friends to describe heartsick Ross's long pursuit of elusive Rachel, in the online world "friend zone" has evolved into a meme mostly employed by young men furious at women they perceived as sexually withholding. As many feminist critics have explained, the current definition of the "friend zone" is solidly linked to male entitlement and the kind of limit-pushing that feeds rape culture; as one Twitter commentator succinctly put it, Friendzoning is bulls--- because girls are not machines that you put Kindness Coins into until sex falls out.

Swift, "who, me?" revolutionary that she is, has shown in her relationship with Sheeran that the friend zone can be a safe and sustaining place for women and men. Sheeran, for his part, continually reinforces that message in his music. X is packed with romance, but (except for "Sing") it's always multi-layered and nonlinear: breakup songs like "Nina" and "I'm a Mess" ponder the ethics and logistics of moving on; straight-up sappy odes like "Tenerife Sea" pause to include friend-like phrases like "I love your hair like that." And on the several songs that don't directly involve courting — instead following up on "The A Team," his 2011 ballad about homelessness — Sheeran uses his talent for humble asides to stress the importance of empathy: toward his dying grandfather, the child of an abusive parents or, on "Even My Dad Does Sometimes," anybody who needs a good cry.

Dwelling on feelings of vulnerability (remember that one song is called "I'm A Mess") while gently offering reassurance and occasional guidance, Sheeran flourishes in the friend persona by imbuing it with swagger and a sense of fulfillment. His lyrics often juxtapose opposing emotions the same way his music jumps from hip-hop to acoustic rock to R&B: For all of its sweetness, the music is unsettled, more interested in possibility than in prowess. In this way it's perfectly adolescent, though Sheeran himself is a seasoned performer at 23. Don't call what he does adult-contemporary music — it's teen-contemporary, flustered and emboldened and never quite resolved.

Is Sheeran an artist worth taking seriously by anyone past high school? Musically, he embodies today's youth as cannily as Rihanna or Katy Perry does, existing between genres in a way that adds to their eventual obsolescence. If his meditations on the many shades of romance strike experienced people as corny, remember how necessary it is for each young person to learn how to be a friend or a lover. Friends — including the imaginary friends of pop — help friends realize what they can become.