Accessibility links
An Emerging Voice Of Americana (And Oklahoma) : The Record Parker Millsap, a 21-year-old with a thick rubber-band tenor, has potential to burn and a new video for one of our favorite songs of the year, "Truck Stop Gospel."

An Emerging Voice Of Americana (And Oklahoma)

An Emerging Voice Of Americana (And Oklahoma) 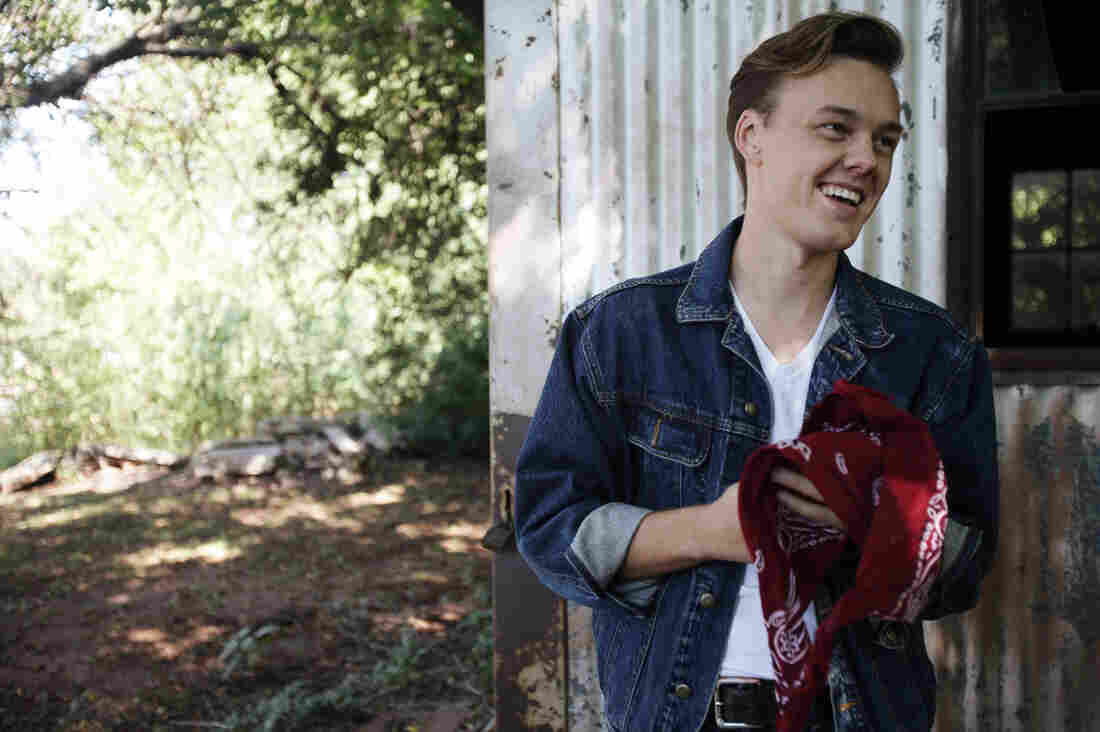 Enlarge this image
Samantha Lamb/Courtesy of the artist 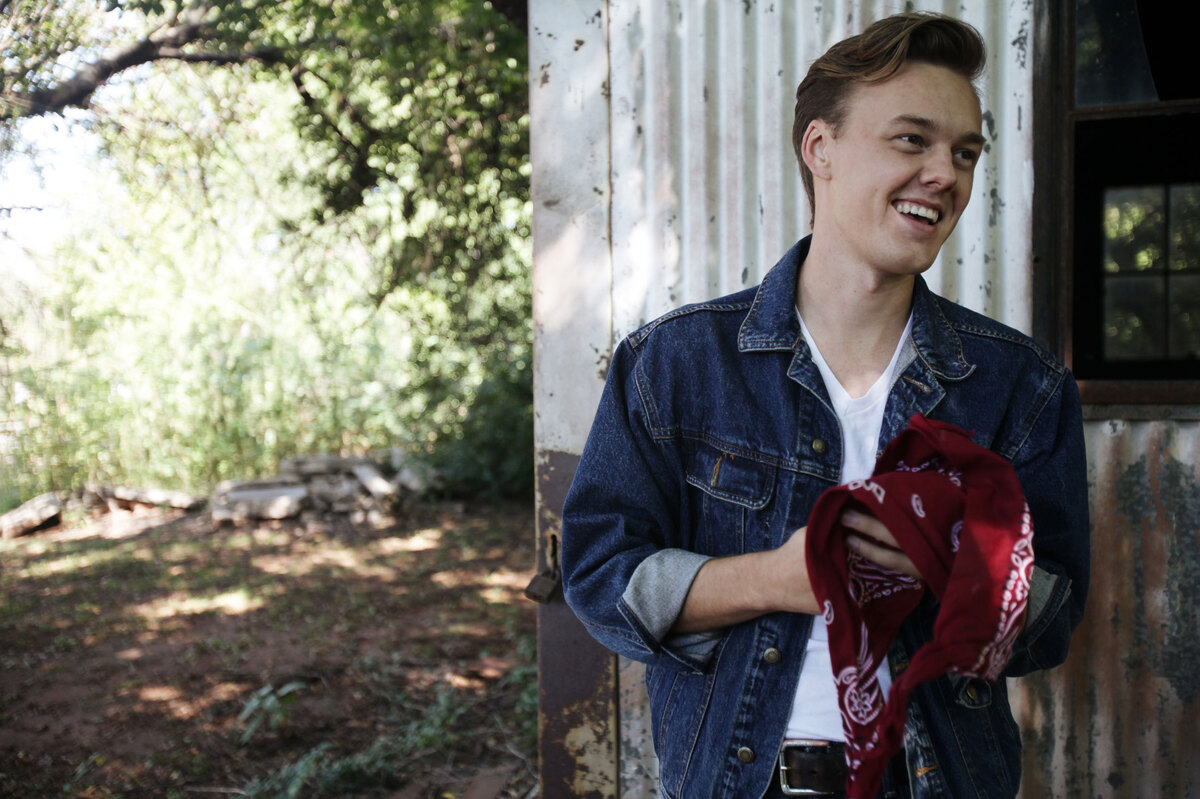 Samantha Lamb/Courtesy of the artist

It's a good time to be a young contender in Americana music. The term itself, in wide use since the Americana Music Association came into being in 1999, has always applied to traditional music that also makes room for other things, like rock and roll energy, singer-songwriter individualism, and even, sometimes, the sheen of pop. But right now, there's a notable generational shift that's bringing new life and attitude into the scene. Artists like the Alabama Shakes and Shovels & Rope throw a fresh-feeling edginess into what they do, not to mention rhythms that can get a crowd dancing.

That's why the Emerging Artist category has become the most exciting one at the annual Americana Honors and Awards, taking place this year at Nashville's Ryman Auditorium on Sept. 17. The Shakes won that prize in 2012, and Shovels did so last year. Everyone vying for the crown in 2014 is exceptional. Nominees include Valerie June, who is reshaping the blues in wholly distinctive ways; Nashville's favorite freethinker, Sturgill Simpson; Alynda Lee Segarra's innovative, old-timey New Orleans band Hurray for the Riff Raff; and the dynamic Birmingham soul outfit St. Paul and the Broken Bones. This bunch pretty much represents the future of American roots music: they're all whip smart students of the styles they invoke, committed to going beyond what's expected of traditionalists and finding their own methods — to invoke another generation's innovators, Julie and Buddy Miller, their own kerosene and matches.

Rounding out this group is Parker Millsap, a 21-year-old Oklahoman who is less known than his fellow nominees, but equally full of potential. Millsap, who lives outside Oklahoma City in small town turned bedroom community of Guthrie, has a voice equally suited to Southern honky-tonk and Northern soul, the looks of a movie star who doesn't primp, and a songwriting pen that seems to have passed through the hands of both Tom Waits and John Prine. Millsap's self-titled second album, released in February, is a sleeper — its mix of roughly poetic ballads and novelistic rockers sounds like very good but conventional singer-songwriter at first, until the listener gets hooked on Millsap's thick rubber-band tenor and his band's powerful way of making folk-rock jump.

Like the other regions represented by emerging artist nominees — Memphis, New Orleans, central-north Alabama — Oklahoma is a regional hub for Americana music, its diverse musical legacies inspiring newcomers eager to talk back to their forebears. Garth Brooks and Miranda Lambert may be the state's big names right now, but the heat has gathered around relative newcomers like the songsmith John Fullbright, who was an Emerging Artist nominee in 2013 and pop-smart soul belter Audra Mae (who's recently collaborated with Avicii and been covered by Lambert). With the slightly surreal, funny, ultimately tender ballad of a blessed man, "Truck Stop Gospel" — the video for which premieres here — Millsap throws his hat in the ring for Emerging Oklahoman, too.

I corresponded with Millsap recently from the road that will lead him to the Ryman next week. Here's our conversation.

We're sharing the video for "Truck Stop Gospel," a song that NPR Music chose as one of our favorites in mid-2014. When I first heard the song, I thought it was just making fun of its subject, but it's really a mix of satire and compassionate portrayal. That's a characteristic of your songwriting — you're not afraid to be biting, but you also really give your characters humanity. How do you achieve the balance?

I just assume that people are just people and that we generally have a lot more in common than we would like to admit. Most of my favorite stories are ones where you can't decide whether to love a person or hate a person. I like when you can't tell if they're supposed to be good or bad, because I feel like generally that's how things are. Also, I think when you tell a story from that person's point of view, it's easier to sympathize.

You do a fair number of love songs that feel intimate, but not confessional. Is songwriting ever autobiographical for you?

I think all songs are at least a ... little autobiographical but "The Villain" is probably the most literally autobiographical tune. It's based on dreams that an ex-girlfriend was having about me.

Speaking of balance, I'm interested in the musical mix you're creating with your trio. It's rooted in the rhythms of your acoustic guitar, so that even though you don't tour with a drummer, it feels very rock and roll. But then you mix in the fiddle, which signifies as country or bluegrass, and the stand-up bass, which is kind of jazzy. Why this line-up? I know you've said you'd add a drummer if you could afford it, but what do you gain from staying acoustic?

I wish I could say it was some grand design that I've been working on, but really that's just sort of how it happened. Mike (Rose, my bassist) and I have been playing together since high school. We got tired of drummers and started playing as a duo (acoustic guitar and electric bass) then he bought an upright bass and started learning that, so we did that for a while as a duo. Dan (Foulks, fiddle) came to a gig that Mike and I were playing one day and said "Hey, can I play?" and he's been playing with us since that gig. So, it just kind of happened that way. On a purely technical level, I prefer acoustic guitar because I like to use thumbpicks and I play really hard, and acoustics seem to respond a little better to that.

When I first heard you sing, it was not what I expected from a singer-songwriter. Your style is much more soulful than, you know, sensitive. I know that church music influenced you but, but I also hear blues and early rock and roll. How did you develop your vocal approach? Who inspires you as a singer?

To me, gospel singing and blues singing are the same thing, just one's about Jesus and the other's about women or the devil or something. I did listen to a bunch of blues growing up, too. As far as developing a sound, I just try to sing like the people that I like hearing. My vocal idols are Tom Waits, Howlin' Wolf, Ella Fitzgerald, Ray Charles and Freddie Mercury.

Interviewers always point out that you're from Oklahoma, like many interesting young songwriters now, but rarely do they mention the complex musical heritage of your home state. Sure, Woody Guthrie's from there, but so is Charlie Christian. And the Flaming Lips. And Garth Brooks. One of the biggest rock festivals in the country — Rocklahoma — happens there every summer. At the same time, within Americana music, there's a clearly strong and focused scene right now. What does it even mean to be an Oklahoma artist, in your opinion?

On one level, it just means I grew up sort of bored, because there wasn't much to do, but it also means I had plenty of time to read and write and mess around on my guitar a lot.

On another level, I have a theory about Okies. Both sides of my family have been here for 5 generations. 100 years ago, when my ancestors got to Oklahoma, it wasn't much more than some hard dirt, a few railroad stops, and a bunch of cattle. It's still about the same except you can add oil rigs in there too. The folks who moved here and survived had to be rugged, and they had to rely on each other, because the landscape sure as hell wasn't doing them any favors. I could go on about my Okie theories for days, but I think that there remains a sort of pioneer spirit here.