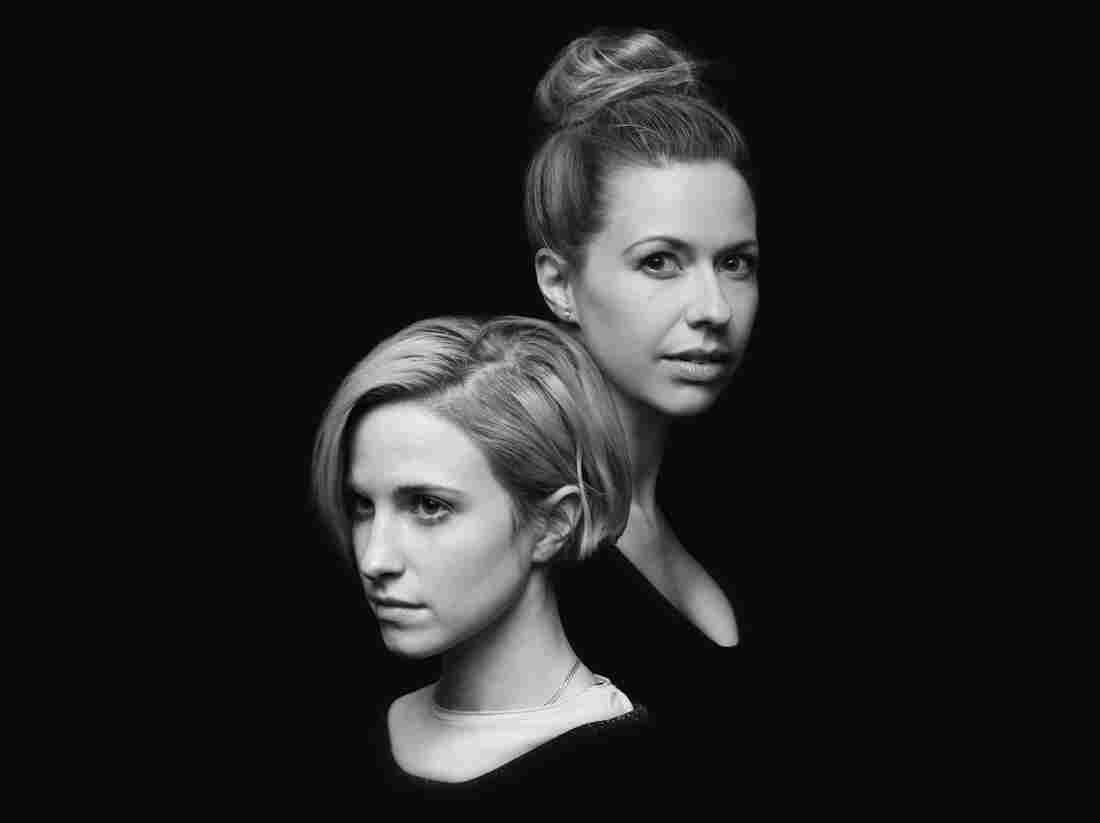 Hayley Williams (left) of Paramore and Joy Williams, formerly of The Civil Wars, perform together on a version of the song "Hate To See Your Heart Break" from the deluxe version of Paramore's self-titled album. Courtesy of the artist hide caption 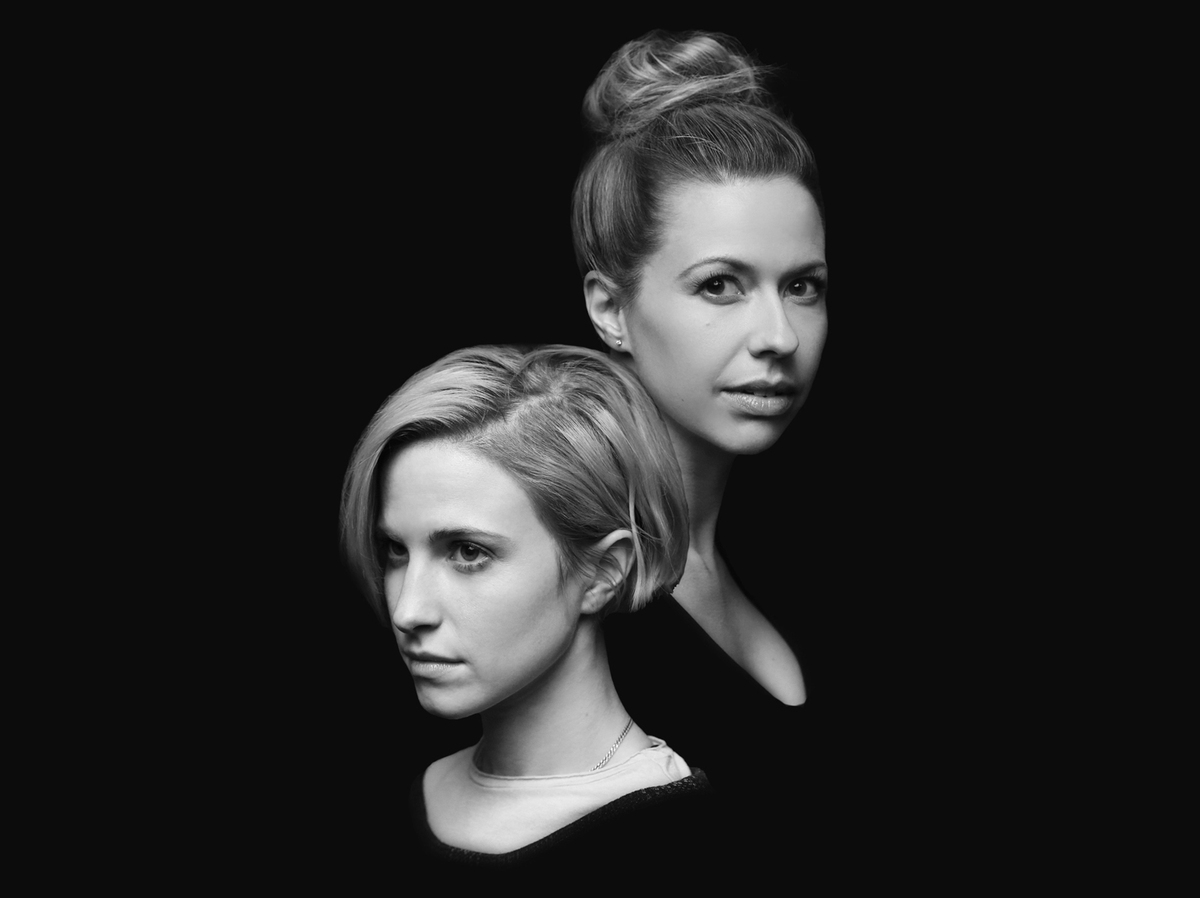 Hayley Williams (left) of Paramore and Joy Williams, formerly of The Civil Wars, perform together on a version of the song "Hate To See Your Heart Break" from the deluxe version of Paramore's self-titled album.

Singing with a friend is a uniquely compelling experience. It's like speaking in a language that's both simplified and enhanced, making deeper communication instantly possible. Hayley Williams and Joy Williams, not related though they share a last name, have been friends for more than a dozen years, since Joy was a young star on the contemporary Christian music scene and Hayley was a promising tween songwriter. Since then, Hayley's found fame leading Paramore and Joy has followed up her CCM work with success in The Civil Wars, and now, a solo career. But they'd never collaborated on a recording before this duet on "Hate to See Your Heartbreak," included on the new deluxe version of Paramore's self-titled 2013 album, out tonight.

The friendship is why their collaboration sounds so natural and mutually sympathetic. "When we met, I was 12 and Joy was like 18 or 19, I think," Hayley said in a recent email. "I was already a fan of hers. It was fate that we became friends. She was always giving great advice and listening to songs I'd written or big plans I had about becoming a real artist." Though the two women spent years on slightly diverging paths, they've always looked to each other for inspiration. "Our friendship has grown deeper as we've grown up, and I think we've gotten even closer in the last year," Joy added, also in an email. "I've always loved how we've been able to pick up where we left off, no matter how long it's been."

"Hate To See Your Heart Break" has the beautiful melody line of a classic harmonizing tune, reminiscent of The Everly Brothers. Hayley composed it with her Paramore bandmate Taylor York during a dry patch in the Paramore writing sessions. "We were both feeling a little melancholy," she recalled. "We just sort of meshed each of our individual ideas and they fit together perfectly. As far as the old school vibe of it, I think down deep I had been dying to write a song like this for a long time. What I love about 'Heartbreak' in particular is that both vocal melodies are strong enough to be leads but they sort of act as harmonies to each other."

Joy, who'd intertwined her voice so beautifully with John Paul White's in the now-defunct Civil Wars, welcomed the chance to harmonize the way she'd learned as a child, when she'd sung with her mother and older sister. "Since I grew up harmonizing with women, it felt really natural singing with Hayley," she said. "I remember she and I talked that day in studio, about how we have some similar traits in our voices. All we had to do was give into that for our harmonies to really come together. The blend felt natural, very much like family. I think women have a mysterious way of tapping into each other if they know each other well, and I felt that."

The pair's camaraderie lends warmth to both the performance and the video, made during the pair's session at the Village Recorder in Santa Monica. They were, Joy noted, "in the room that Stevie Nicks personally decorated for Fleetwood Mac's recording of their double album Tusk. I felt like some of the mystic spirit of Stevie is still in the walls there. That's a good energy to have in a room, especially with two women recording like we were. It felt like the perfect place to let down, light candles, take off our shoes and just be. We'd take breaks, make hot tea in the studio kitchen, and get lost in conversation before we realized we should probably get back to work." The vibe was so cozy that Joy gave Hayley her Steve Madden shoes to wear, so the younger artist would match her pal's height for the cameras. "I actually felt tall that day, and that never happens!" the diminutive singer added.

Hayley feels that the song has found its hidden dimension in this version. "I love that I got to sing this with someone who I have shared my pains and my stories with for quite some time," she explained. "Someone whom I know well and who I've sat and listened to as they share their own pains. It was never meant as romantic song between lovers but always a song to a friend. Now it's even more special. I think of it as an ode to sisterhood. Close friendship between women who share their stories with each other and who lift each other up and understand one another."

Joy's fans will be happy to see her vocalizing again, since she's only released a couple of collaborations since The Civil Wars split. She has a solo album coming soon. "We are mixing right now," she reported. "It's raw, it's real, and it's a sonic progression for me. An unflinching look into my journey in the last two years, and into who I'm becoming now."

Hayley, who's become a bona fide pop star in recent years while remaining one of rock's leading female performers, is proud of the expanded palette songs like "Heart Break" represent. "I am so proud of every song [on Paramore]," she said. "There are nods to our roots as a band, there are nods to genres we each love as individuals, and the whole album really sums us up. It is the perfect self-titled album for Paramore. Now, I have no idea where we will go because I know better than to think there are limitations." One thing is sure, as this duet proves: going down new roads, it's crucial to have friends who can follow your voice and lead you with theirs.