Accessibility links
Planet Of Sound: The Long, Unmistakable Orbit Of Aphex Twin : The Record A flood of music — official and semi-secret, after years of silence — puts the career of the electronic musician Richard D. James, best known as Aphex Twin, into new and revealing perspective.

Planet Of Sound: The Long, Unmistakable Orbit Of Aphex Twin

Planet Of Sound: The Long, Unmistakable Orbit Of Aphex Twin 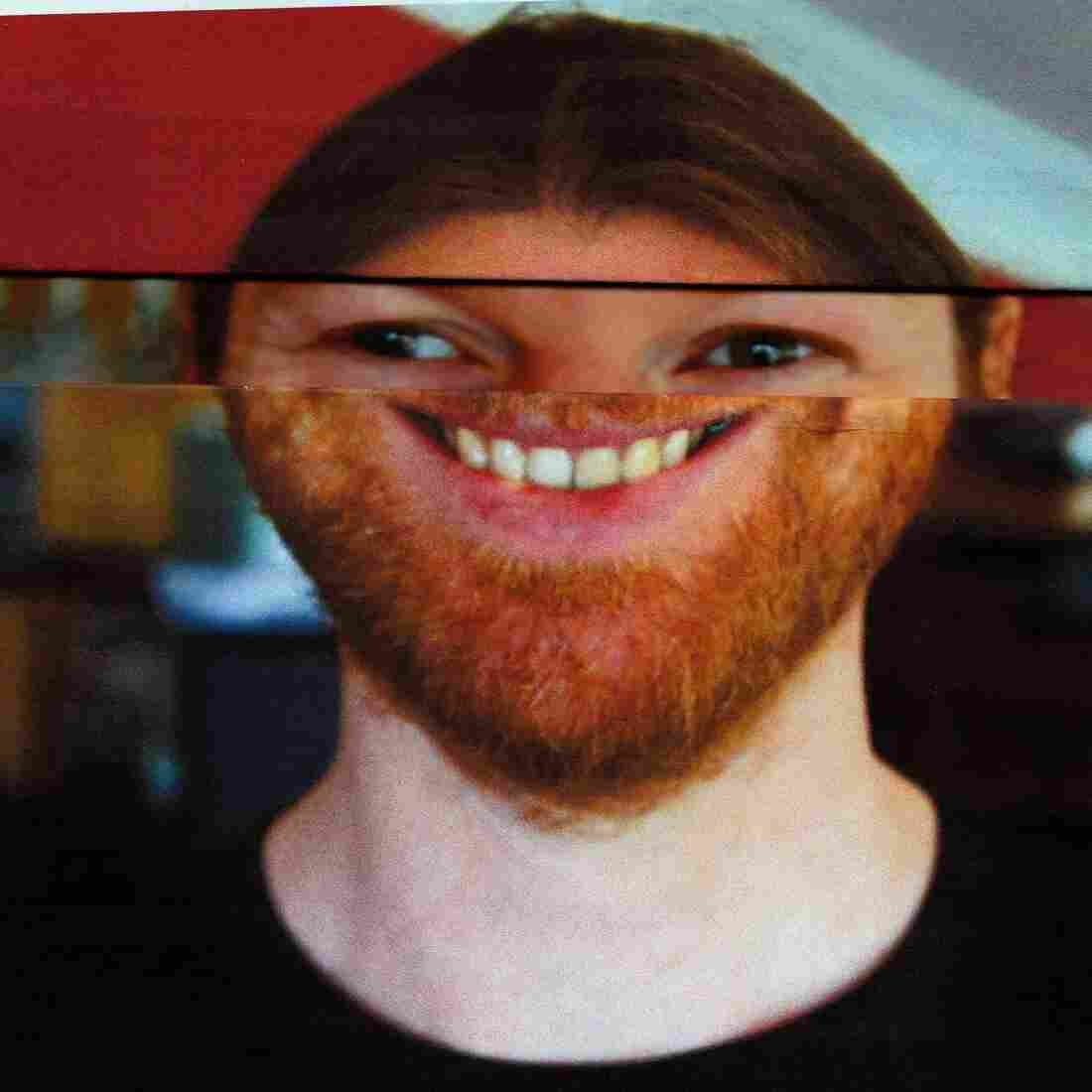 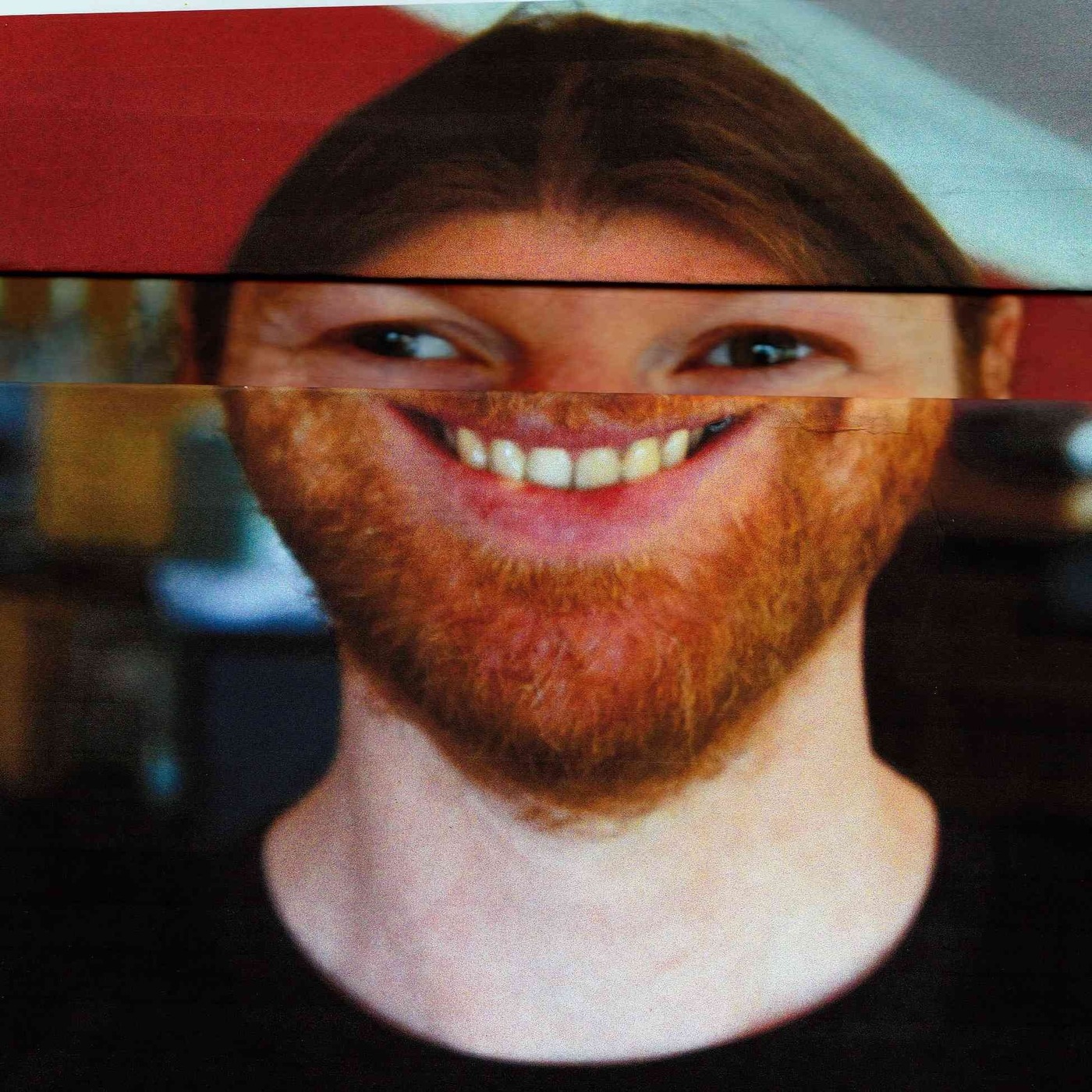 Releasing music under multiple names is a standby in the world of electronic dance music, but nobody in the early 1990s made more of the tendency than Aphex Twin, born Richard D. James in Cornwall, England in 1971. In addition to his main moniker, James had perhaps the most perversely odd pseudonyms in a field heavy on dweebs, gearheads, sci-fi nuts and other language-as-alien-device types. Three years ago, London's dance-centric Fact Magazine named its 50 best tracks by James, featuring tracks, collaborations, and remixes from eight separate James aliases, including AFX (nine tracks), Polygon Window (two), Power-Pill, the Caustic Window, Mike & Rich (with Mike Paradinas, a.k.a. μ-Ziq) and B. Strider. Some of those names are one-offs; Aphex Twin, of course, led the pack with 34 tracks, including six remixes.

He's leading the pack in other ways these days, as well. Syro, his first official album in 13 years, won a Grammy Award for Best Dance/Electronic Album last month. That news followed January's surprise release of Computer Controlled Acoustic Instruments, a sub-half-hour EP with 13 tracks and a self-explanatory title. And on top of that, James has adapted yet another alias, his most convoluted yet. Say hello to "user48736353001" — the name under which James recently uploaded over 170 tracks' worth of demos, remixes and effluvia onto a SoundCloud account. ("this is my only sc account btw, apart from the aphextwin one," reads the page description; "oh yeah i forgot i released that one," he posted on "12 Space Beat," a.k.a. the AFX remix of Buck Tick's "In the Glitter, Part 2," included on the 2003 compilation 26 Remixes for Cash.) Initially for streaming only, they were all soon converted to free downloads. Not bad for a guy who hadn't released an album as Aphex Twin since 2001's Drukqs, or under any name since AFX's Chosen Lords in 2006, a collection of vinyl singles issued the year before.

Apart from Computer Controlled Acoustic Instruments, whose up-front concept makes it uniquely standalone, James' recent flood has served not simply as the next chapter of his ongoing career, but also as a kind of summary of that career. The differences between them are obvious and manifest; one's a carefully considered album, the other a freebie dump. But both make fascinating alternate histories of his career, and each opens up the other.

James outlined one reason for his own career's long stall last fall when he told Pitchfork's Philip Sherburne, "The Holy Grail for a music fan, I think, is to hear music from another planet, which has not been influenced by us whatsoever." That's a difficult expectation to live up to for oneself — especially if you've been doing it since your teens. James seems to have retreated until he was ready to be Aphex Twin again — not just as a name, but as a sound, a set of tendencies he spent the '90s refining: lush, lambent piano melodies with skidding breakbeats used less for rhythm than color and/or commentary; somnolent, dark-toned ambient; gauzy, pillowy ambient; electro squiggles reshaped like a Rubik's Cube and not a little bit of silliness.

James recapitulated these tendencies on Drukqs, too — often not enjoyably. A double CD, Drukqs is the most wide-ranging Aphex Twin album, a tasting menu of his many styles. But it's too diffuse to serve as a proper summation — there's more skill than life in it. Nevertheless, it's also very of its time: Drukqs came along at a time when laptop-friendly composing and editing systems such as Ableton Live and Max MSP were making an impact, and the album's bone-dry sound matched the hollow feel of music native to MacBook and VAIO shells.

By contrast, Syro is full of light and air, deliberately so: James made the album almost entirely on hardware rather than software. He sounds freer here than he has since the early 1990s — or, perhaps, on Chosen Lords, where staying within straighter dance-oriented strictures gives his natural wildness something to constrict constructively against. That's not quite what happens on Syro; as Aphex, James likes to monkey with rhythmic structure as well as what goes on top. (That beat disruption provides the human touch that accounts for a good part of his allure to non-dance fans.)

Syro's "CIRCLONT6A [141.98][syrobonkus mix]" (I swear I'm not trying to hurt your eyes) is a good example. The beat skips and hiccups in odd places, but doesn't lose a hyperactive step; the bass has as much heft as a kazoo; everything else either fidgets or is made to fidget. Yet the rhythm is steady, the effect easy rather than jerky. James meshes a lot of ingredients that don't seem like they'd work together — or separately. When a big smear seems to run across the track like a windshield wiper, briefly decentering the track's tone, it's a quick aside, the wink of an auteur showing his hand: Remember me? I'm the guy who does this better than anybody.

On Syro, James sounds as if he really missed doing this. It's a lovingly sculpted and molded version of Aphex Twin's career-to-date, a veritable "Greatest Hits of What I Do Well." In fact, my immediate reaction was so positive ("Well, this is obviously his best album ever," essentially) that I didn't fully trust it, and not just because I've lived to regret similar judgments before. But Syro was so readymade it ultimately stumped me; I had to pull out of a review because the album felt so immediately timeless it resisted analysis. I kept playing it anyway, because I liked playing it. Syro is another Aphex Twin album, the way MBV is another My Bloody Valentine album or Third another Portishead album. These weren't reinventions so much as refreshments, as if all that time off had unburdened these acts of impossible expectation and allowed them to simply be themselves — more effectively, in James's case, than he has in years.

Aphex Twin has long been one of electronic dance music's standard units of artistic measurement. Ask any number of young producers who has inspired them and chances are he's on the list — not because they sound much (or anything) like him, or want to, so much as because many started out making IDM — armchair techno, not for dancing, the style he's most associated with — before moving on to whatever they're doing now. And while IDM's throw-out-the-rulebook ethos can make it difficult listening at times (including Aphex Twin, as we'll get to) it also makes it easy to create, an ideal first toe-dip for a newcomer. But if Aphex Twin's music was often deliberately weird, that type of weirdness has now become a kind of classic rock — up against something like the scarily shiny pixelated likes of SOPHIE, Syro might as well be a Ryan Adams album.

Something very different goes on with the SoundCloud demos — a bleeping version of Bob Dylan's Bootleg Series, an alternate history of a keynote artist's golden era. Many, if not most, are clearly of '90s vintage: "Original Chaos Riff" is a mellow bleep track that could've been on any Warp comp prior to 1994. "35 japan" is 11 minutes of dank trip-hop, while "179 brk 2," with its whispered "jazz . . . jazz . . . jazz" over galloping looped drum & bass bongos and wafty synths, is a brilliant hat-tip-cum-piss-take of "ambient jungle" DJ-producer LTJ Bukem's label Good Looking Records, circa 1995.

In many cases, dance producers during the '90s would create new tracks to have exclusives for their DJ sets. James began putting on live performances early, but Aphex Twin also DJed, particularly during the decade's first half. Nonetheless, James wasn't a DJ who'd regularly play out test pressings of tracks still in the tinkering stages. He thought in terms of albums early on, while still issuing scads of standalone singles and EPs. Much of the best material on the SoundCloud page corresponds to some of his best-loved early tracks. "Quad Rave TEAC" sounds like a circa-1992 U.K. breakbeat hardcore anthem (think early Prodigy), euphoric without being cheesy, and could have come out alongside James' other 1992 anthems, "Didgeridoo," the Xylem Tube EP, and the infamous "Pac Man," credited to Power-Pill and designed to cash in on the success of the likes of "Sesame's Treet" and "Roobarb and Custard," tracks based on kids' TV themes.

"8 Utopia" undulates and slithers but also grabs and holds; a tuned cymbal pattern provides one out-of-nowhere hook. It could have fit onto any number of Aphex recordings, including Selected Ambient Works 85-92 (which FACT also named the best album of the '90s); so could the lovely melodic number "18 With My Family." The aptly named "Th1 [slo]" and the lighter, 11-minute "15 Sekonda" would have slotted onto Selected Ambient Works Vol. II, from 1994. "Cottage3 E" plays as an utter piss-take of Michael Jackson's "Smooth Criminal," and might have fit with either 1997's Come to Daddy or as a "Windowlicker" B-side. The same era's scent wafts from "T13 Quadraverb" — a near-cute skittering bass exercise, the fine gradations of its low end's silvery edge a highlight unto itself — and "Cmarth [longer]," 94 seconds of jazz-funk double-time car-chase music with skronking sax.

This new generosity is somewhat surprising: James, after all, is one of music's more cantankerous figures, from the Come to Daddy album cover and music video, featuring a lot of children with frighteningly Jamesian faces, to pulling the 1999 single "Windowlicker" out of shops before it could reach the top of the British charts because, as James put it in 2006, "I just didn't want it happening."

But it seems rooted in something fairly obvious. Last November, Germany's Groove magazine interviewed James by soliciting questions from 26 of his peers, including Skrillex, Richie Hawtin, Caribou and DJ Koze. One came from disco pioneer François Kervorkian, who inquired about the importance mentoring younger electronic musicians. James enthusiastically agreed, and added: "I have two children and they ask me all the time. They're totally interested in music. They are 6 and 8 and they're just asking me more and more details. What software to use? How did I get this sound?"

The best question, though, came from James Holden: "Does it suck to be you?"