Accessibility links
José González On Finding Light In A Comforting Darkness : The Record In an interview, the soft-spoken musician says the songs on his latest album, Vestiges & Claws, look outward, with optimism, toward something universal.

José González On Finding Light In A Comforting Darkness

José González On Finding Light In A Comforting Darkness 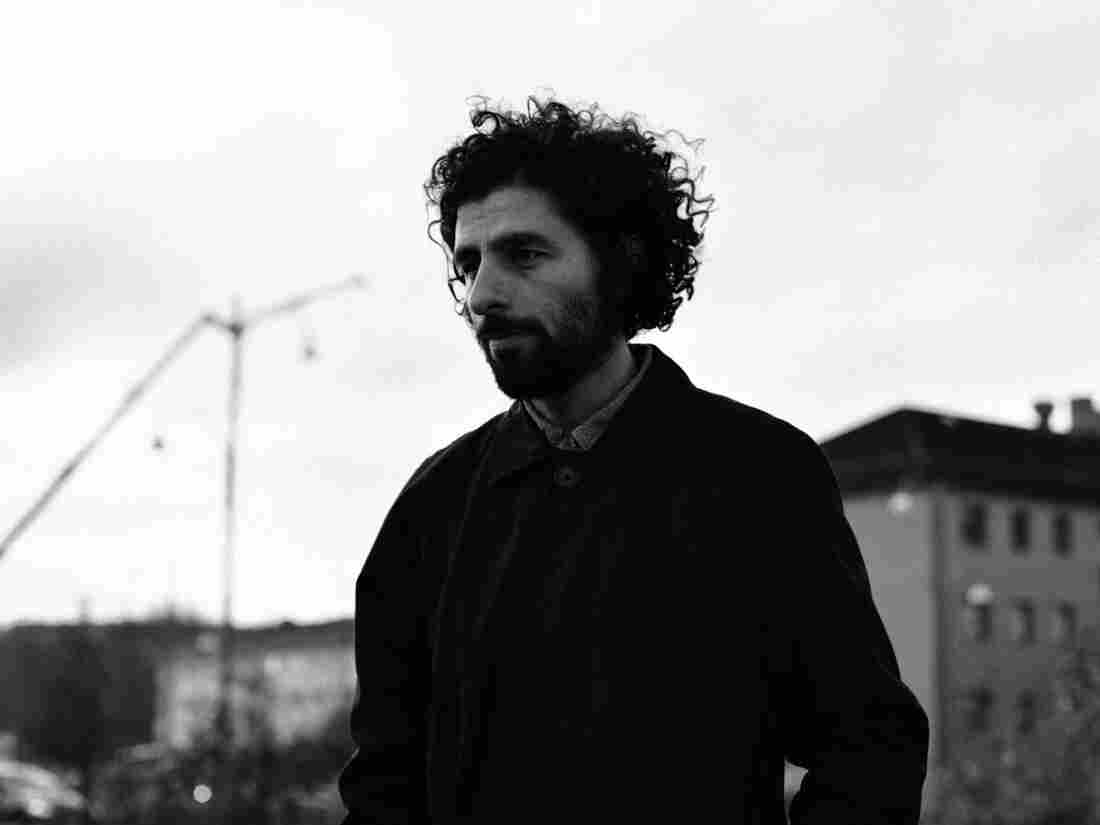 "There's always a light at the end of the tunnel" José González says of the songs on his album, Vestiges & Claws, released earlier this year. Malin Johansson/Courtesy of the artist hide caption 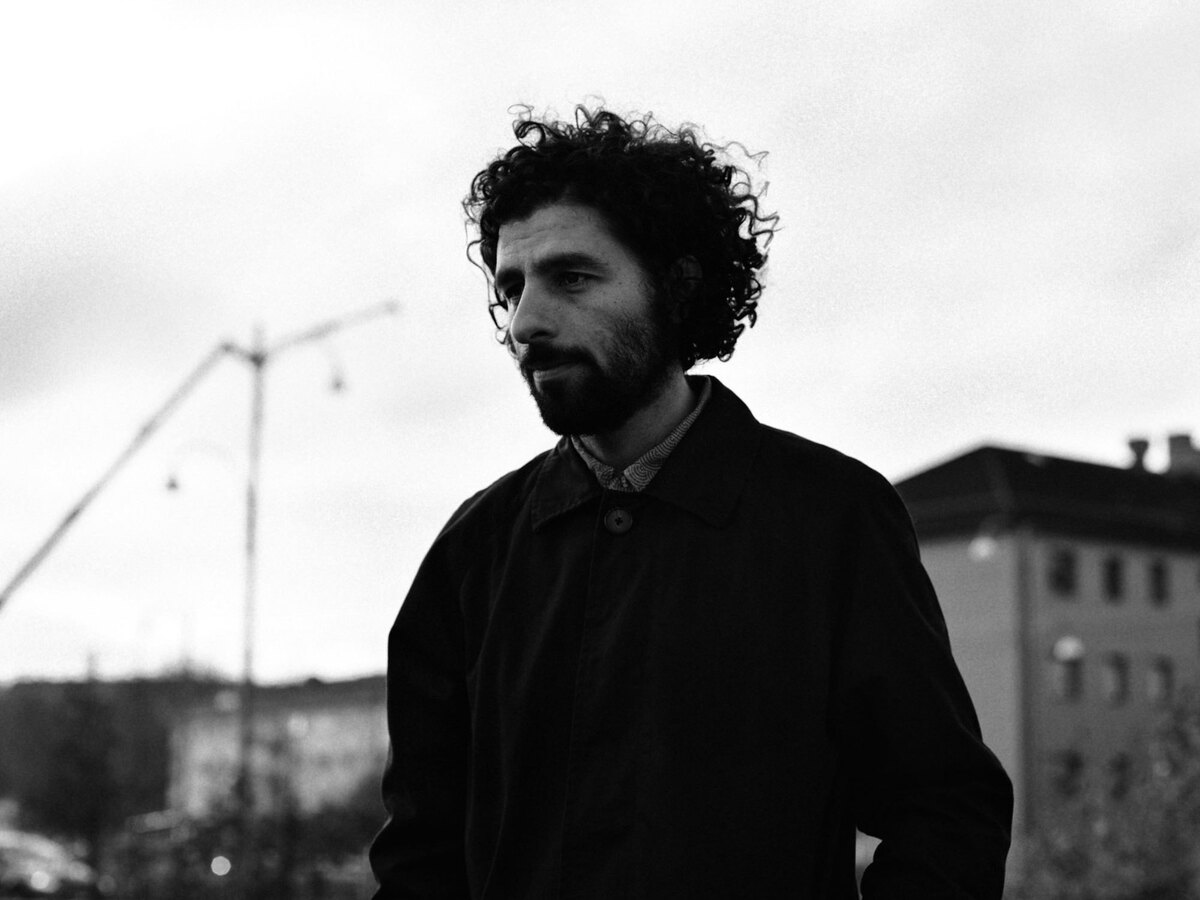 "There's always a light at the end of the tunnel" José González says of the songs on his album, Vestiges & Claws, released earlier this year.

Malin Johansson/Courtesy of the artist

On his most recent album, Vestiges & Claws, José González treads a familiar musical path, offering listeners the same subdued-but-powerful austerity of his unobtrusive tenor paired with minimal instrumentation that's come to define his remarkable sound since his full-length debut with 2003's Veneer. While those compositional tendencies have thankfully remained undisturbed, Vestiges & Claws is a divergence in theme for González. Where previous songs such as the well-known "Crosses" or his haunting cover of The Knife's upbeat "Heartbeats" found the singer-songwriter delving into the murky depths of his own consciousness, the songs of Vestiges & Claws are less the morose inward commentary of their predecessors and more curious and at times even positive reflections of the outside world. Where his lyrics once focused almost solely inward, providing a confessional to the emotional intimacy of his own pain or self-doubt, González has turned his perspective to the world around him with one of the album's most remarkable examples being found in the upbeat rhythmic brightness of "Leaf Off/The Cave."

The question of what prompted the change in lyrical rhetoric is one González, who is as unadorned in conversation as he is in his songs, was eager to shed light on when I recently spoke with him. "I think in general the songs on [Vestiges & Claws] are less introspective and less dark in that sense. [On] the first album I had the song 'Crosses' which was about fighting inner demons or helping someone else with theirs, and [with] this one there's always a light at the end of the tunnel. There's always optimism in all the songs." While his previous efforts remain noteworthy in their own right, Vestiges & Claws is a welcome new perspective and one that attests to a maturation both in narrative and delivery. Considering the hushed and achingly personal intonations that have given his music its most distinctive characteristics, the movement from the autobiographical to the more outwardly reflective was not without risk for González.

There's a certain refuge of sorts in the tortured, self-obsessed singer-songwriter stereotype with countless artists, well-known and not, tapping into the reserve of what's often little more than masturbatory caterwauling. It's a stagnating kind of safety that González is well aware of, and he expresses his desire to distance himself from those aesthetic limitations, even laughing when I broach the topic. "With my first album and touring I sort of had an issue with that," he says. "I had many bands that I was inspired by that had that sound, like Red House Painters, Elliot Smith, Nick Drake, so style-wise I felt good, but when I was writing lyrics I felt like I didn't want to be that whiny guy. It was a struggle to find lyrics that fit to the music that didn't whine too much. It's nothing I wanted to throw away, but it's something I struggled with, so I [tried] to find other topics to write about."

On Vestiges & Claws, the intimacy is still there, only now it feels like an inclusive experience rather than a voyeuristic glance for the listener. The shift, as González reveals, was still sourced from the familiarity of personal experiences though no longer confined exclusively to them, as he continues: "With this third album I feel like I was able to write consciously whenever I wrote on a personal level, so the last song, 'Open Book,' is probably the most personal, but it's also taking a certain situation and thinking not only of my history but also friends' history to sort of make a lyric that could work for many people."

The topic of history has an especially poignant relevance for González. His parents fled their native Argentina due to the political turmoil and unrest that would eventually lead to what is known as the "Dirty War." Born a year after his parents defected to Gothenburg, González has spent the entirety of his life in Sweden, with the displacement of culture providing an interesting context for the singer's lyrical point of departure. When asked about the commonalities of both cultures and his own upbringing, the tone of González's voice betrays an immediate sense of pride: "When I started playing, the Argentinian music was part of what I was listening to as a kid, so that sound of the nylon-string guitar was something that was very familiar. When I started playing or writing my own songs, I noticed myself being influenced not only by Silvio Rodriguez but also the stuff that I heard as a kid. There was an Argentinian folk group called Markama, and their music was something that influenced me. And also Mercedes Sosa, who was one of the most famous Argentinian singers. I think with the '60s and '70s style of music, there were many similarities between the music of Argentina and Sweden. The notes of the recordings were similar, and it was pretty common with political singers. It was very common for those singers to play only with their guitar."

For González, the music itself bridged the gap of sorts between the two seemingly very different cultures, providing him not only with his own sense of history but also working as the initial catalyst for his music and the context in which it takes place. "When I did [Vestiges & Claws]," he continues, "in a way I was just following up on the first two albums and didn't really feel like I was influenced directly by any particular songs, so the early influences sort of tagged along for the third album, and then I guess as soon as I started comparing my sound I guess I noticed some similarities to other Argentinian and Brazilian artists. It was a bit conscious."

Though his music now finds him less concerned with his own personal identity and experience, González readily admits that growing older has in many ways made the subject of death more prevalent. When I ask him whether or not aging forces at least a new kind of introspection concerning his own mortality, his response is somber but optimistic. "I think I've become more aware of aging in the last couple of years because of friends dying of cancer or friends' parents dying and myself — I'm still healthy, but I'm aging and that's something that I think about more, even though I shouldn't be too concerned." He laughs, then continues, "I don't have any reason to worry or feel morbid about my situation, but still I do, so there are many songs where I think about the traces or the memories that people leave." For González, that acceptance and embrace of death's inevitability — both for himself and the people he loves — has brought a renewed sense of purpose to not only his lyrics but his life as well. "I guess it has to do with two things," he says. "One is the idea of the immortal soul, which I think is sort of a problem in the world; the idea of being able to live on in an afterlife. And also, just on a poetic level, how all of us live with traces of other people. There's a beauty in that, I think."