Accessibility links
Songs We Love: Spirit Family Reunion, 'It Does Not Bother Me' : The Record These Brooklyn-based musicians have called what they do "open-door gospel." Watch a video for their latest single, which could be a manifesto for any spiritually healthy person.

Will the circle be unbroken? The question is a fundamental one in the gospel music world. Taken from a hymn that's more than a century old, it helped grant an aura of holiness to country music when that genre's first family, the Carters, posed it in their own version and reminded folk and rock fans of their roots when performed by Bob Dylan and the Band. The image of the unbroken circle creates an aesthetic frame around music as well as a spiritual one. The hymn's lyrics about loved ones linked even unto death resound within a musical structure of call and response that encloses and elevates anyone singing. To make circular music is to embody the virtues of compassion, thankfulness and active giving that all hymns, of whatever religion, express. 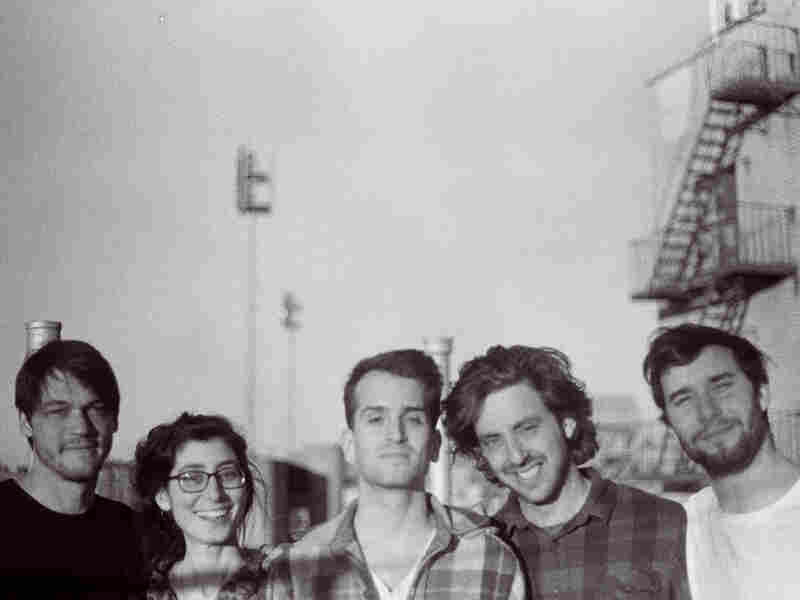 James Weinheimer/Courtesy of the artist

Spirit Family Reunion makes secular, circular music. These Brooklyn-based musicians have called what they do "open-door gospel," and indeed, at their shows they fling open the imaginary barrier between players and listeners, entreating the crowd to shout, sing and dance right up to the stage. The band tends to sing in a circle, like the Sacred Harp choirs who meet in church halls across rural parts of the nation, raising praise for each other in glorious intimacy. The members of Spirit Family Reuinion have chops to spare, but they aren't here to show off. They're here to connect.

"It Does Not Bother Me," from the brand-new album Hands Together — out today — is a subtle manifesto for any spiritually healthy person, be she an artist, an activist or just a traveler on the road. "I always want to try to write a dangerous song, and I was thinking about how dangerous a simple concept like feeling good can be," Panken said There's so much pressure to feel despair and hopelessness, we don't even realize it. And there sure is ample reason to feel that way. But what if we just said "it does not bother me?" It feels good, and I really do think that can be dangerous, in a powerful way.

The video, directed by Dan McDonald, shows the band in an old housing cooperative building in New York in which a WPA orchestra entertained workers during the Great Depression. Panken starts with his back to the camera on the spare, makeshift stage where the band plays, but it's not a gesture of refusal; it's a signal that fellowship, not show, matters here. Stephen Weinheimer plays dazzling lap guitar throughout the song, and the rhythm section keeps pace. In keeping with the band's egalitarian spirit, no one player hogs the room's natural light.

Harmonizing with Maggie Carson as she plays her claw-hammer guitar, Panken begins "It Does Not Bother Me" with Biblical language — the darkness of doubt that can blind — then gets more personal, and finally, subtly, speaks of politics, imagining an encounter much like the famous bus rides of the civil rights movement. "It Does Not Bother Me" gracefully traces the journey of music that uplifts from the church to the streets to today's makeshift house concerts and transformed nightclubs. Think folk music is stodgy? Think gospel music is square? Spirit Family Reunion proves yet again that it's a renewable resource, belonging to whomever enters its magical sphere.