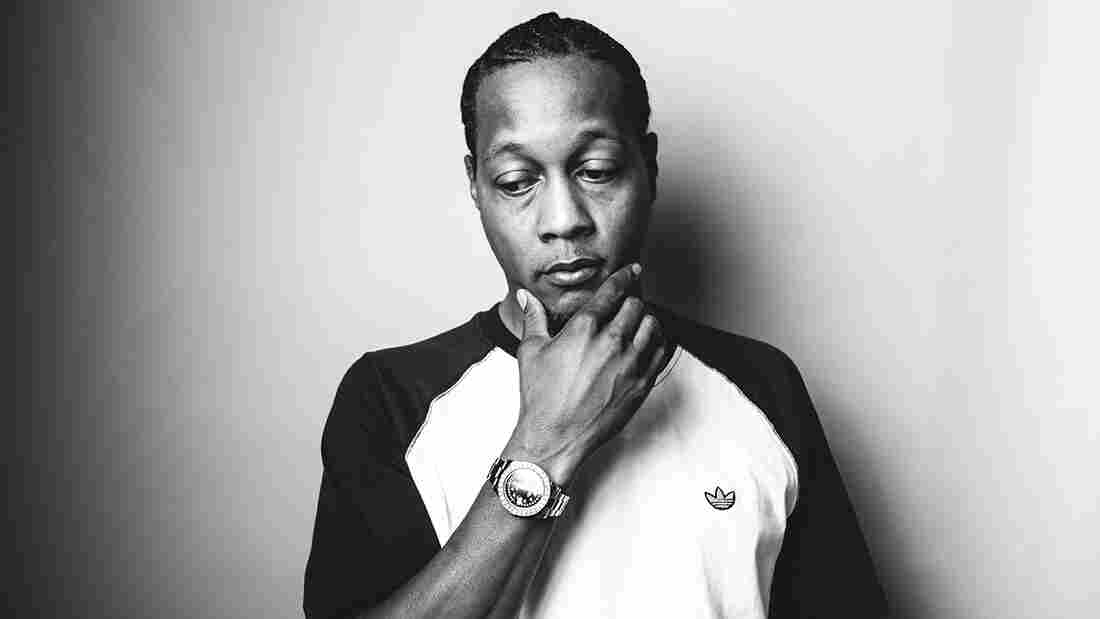 DJ Quik remixed Spoon's "Inside Out" for Yours Truly's Songs From Scratch series. G L Askew II/Courtesy of Yours Truly hide caption 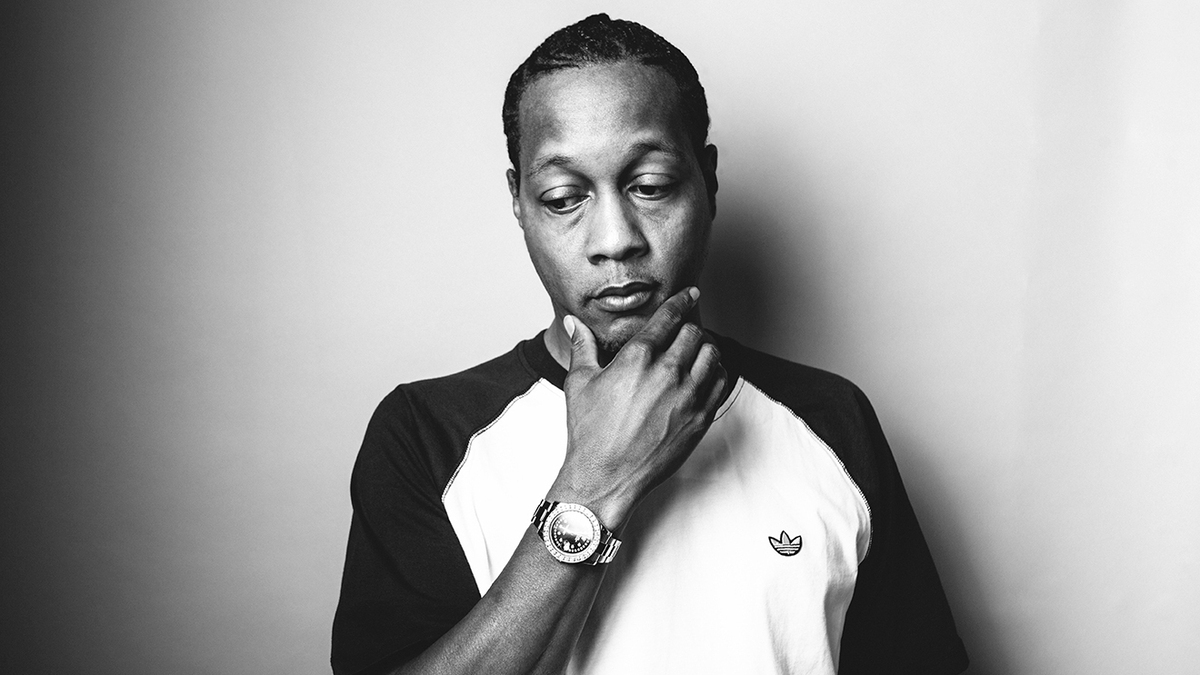 DJ Quik remixed Spoon's "Inside Out" for Yours Truly's Songs From Scratch series.

On a Monday night, behind the door of one of Burbank's unmarked and windowless storefront recording studios, DJ Quik was finishing his first remix in over a decade. Standing at the Little Big Room's 64-track mixing board, he eased into the finessing stage of his work on "Inside Out" from indie rock reliables Spoon.

The day before, Quik constructed an entirely new beat for the song using his Akai Renaissance MPC sampler and a TR-808 drum machine, plus keyboard, guitar and bass parts played by members of his live band. Spoon's Britt Daniel even stopped by to see how things were going. Quik's approach is an uncommon one when compared to most of modern hip-hop's software-dominated beat-making, but the MC and producer's official discography does date back to 1991, when things were way more fonky. "The vocals are great. The song is great," said Quik. "I just needed to draw another picture around it."

Spoon released an EP of "Inside Out" remixes by the likes of Tycho and Fabrizio Moretti of the Strokes in April, but this particular one was put together for Songs From Scratch, an on-going collaboration between Adidas and Yours Truly — the video-heavy, emerging music website. The concept for Songs From Scratch is that artists who have never recorded together team up to make something new. While the result is usually an original song, this remix idea came together because Daniel said that Spoon were constantly listening to Dr. Dre's The Chronic 2001 while making their latest album, They Want My Soul. Quik worked with Dre a lot during that era (and isn't a billionaire who's notoriously stingy with new music), so they came to him for the gig.

As the night wore on, Quik felt that his take needed something more, so he grabbed a couple of cheap shakers from a tabletop lined with Los Angeles Dodgers bobbleheads and unplugged lava lamps. He went into the vocal booth where he laid down a simple, rhythmic percussion track, then went freeform during the song's extended, atmospheric ending. 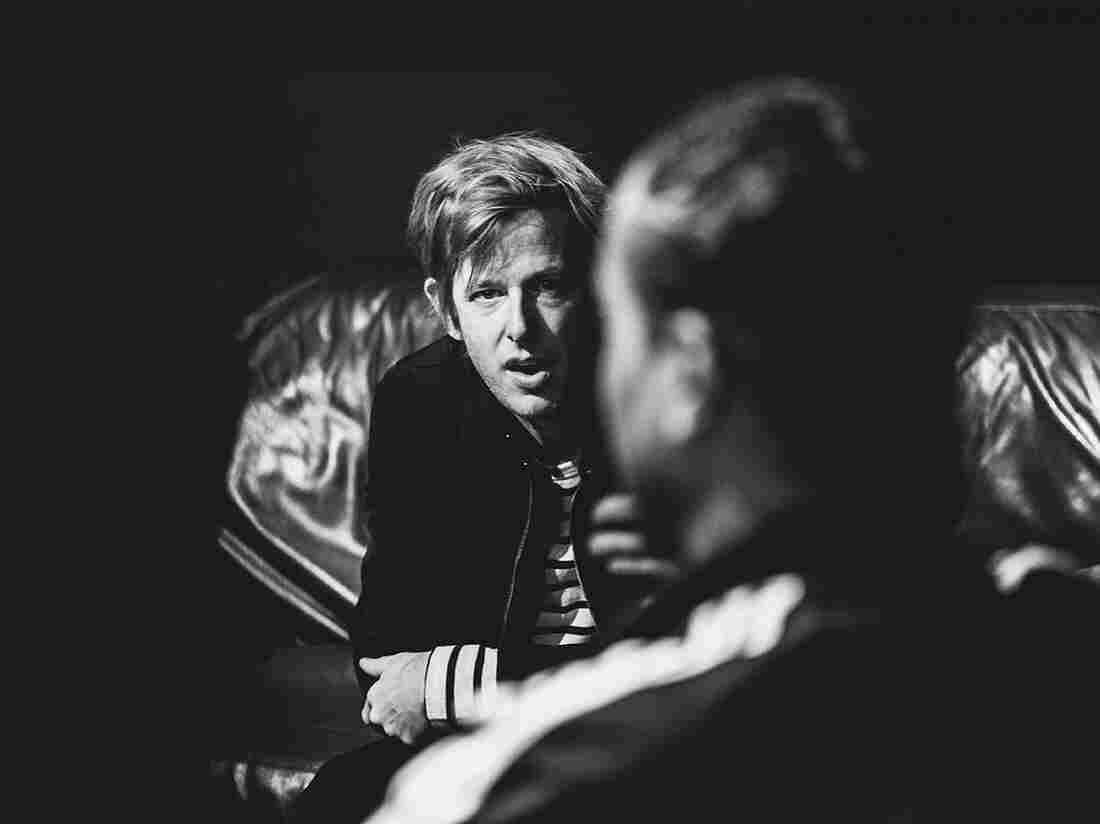 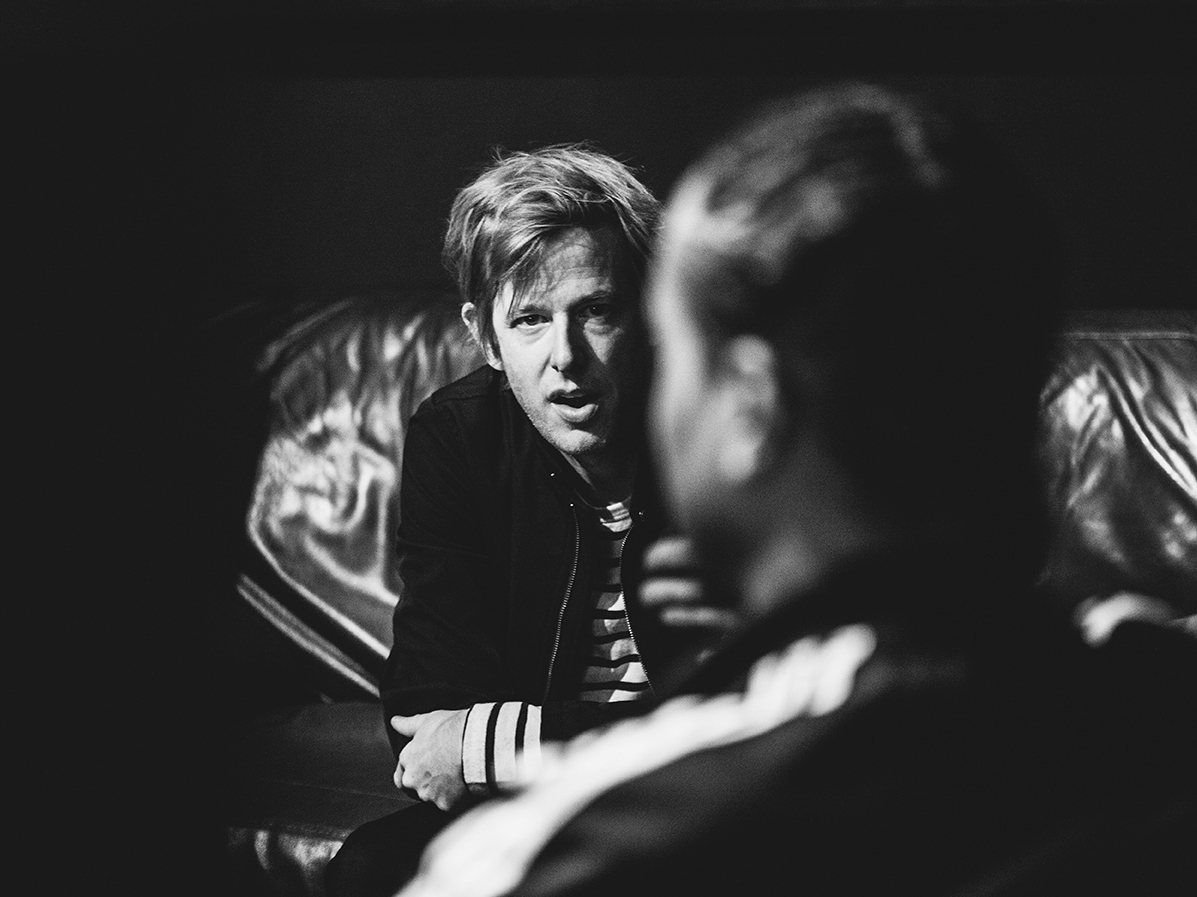 The beat to Quik's "Inside Out" remix doesn't sound much like a hip-hop cut, recent retro or otherwise. Not only is it over five minutes long, it has the crisp and classy sheen of a rock band that got famous in 1970s, but then started experimenting with the new toys of new wave music in the 1980s. "I must be one of the best beat crafters ever," said Quik as he played back the song. "I can turn 4x4 into some complex shit. I can make it all emotive."

Quik didn't have a clear direction about what he wanted to do on the remix before he began. As he explained it, his process is mainly about clearing out all his stray ideas until he focuses in on the right ones. "In my head I'm hearing syntax, even computer language, telemetry — it's just scrambled," he said. "It don't make sense until it does. I'm trying to use my brain waves to make music that people feel." 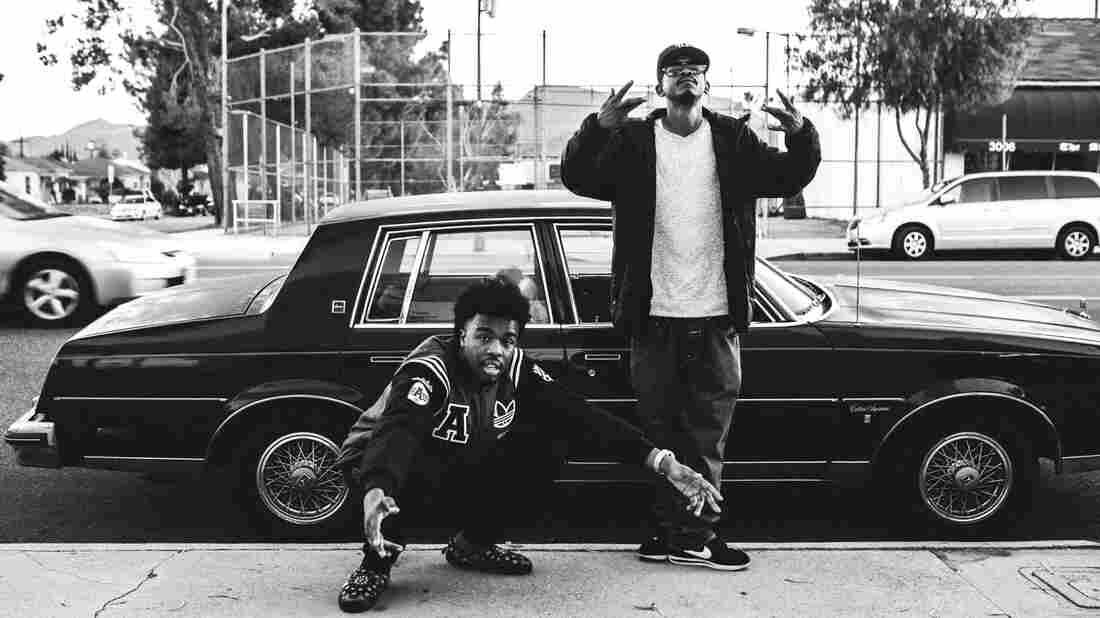 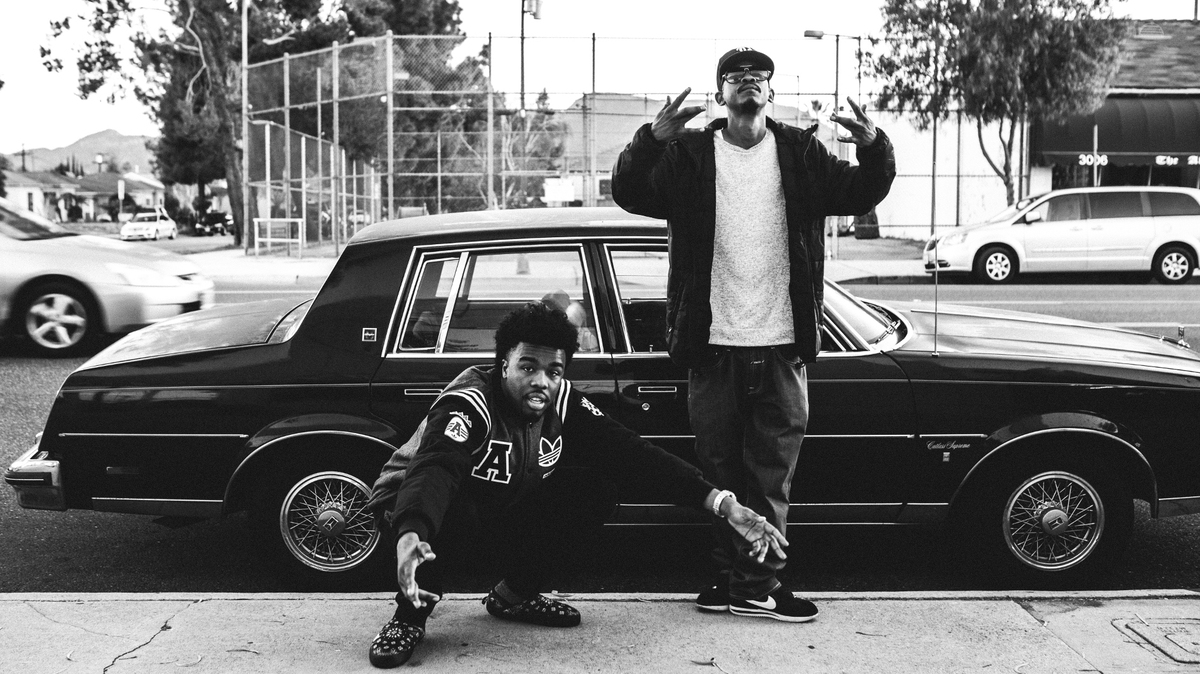 On a Friday afternoon several weeks later, a collection of rappers appeared back at Little Big Room to lay down verses for the remix. As the instrumental to Quik's remix and Spoon's original version alternated on the control room's speakers, Bay Area upstart IAMSU! tapped out lyrics on his phone, while '90s rap legend Kurupt sat with a yellow legal pad.

A veteran of Death Row Records when it was in its prime, Kurupt took breaks between writing to expound on how important it is to have this increasing rare situation where everyone involved in a song is in the same space together. "That's how you make magic," he said.

Later, as he stared at the purple ceiling listening to the song's Britt Daniel-isms, Kurupt blurted out, "'Intense gravity,' that's like the moon. That's like morse code."

Soon Quik arrived and a popped his head into the control room. "No one tell Kurupt I'm here," he said with a laugh, before closing the door.

Just 15 minutes after he started writing, IAMSU! was ready to record. Armed with a Snickers bar and an aloe vera coconut water, he maneuvered his well over six-feet tall frame into the small vocal booth. "I'm going to get my Kid Cudi on for this," he said before launching into an easy croon that transitioned into a rapped verse peppered with allusions to Daniel's words. 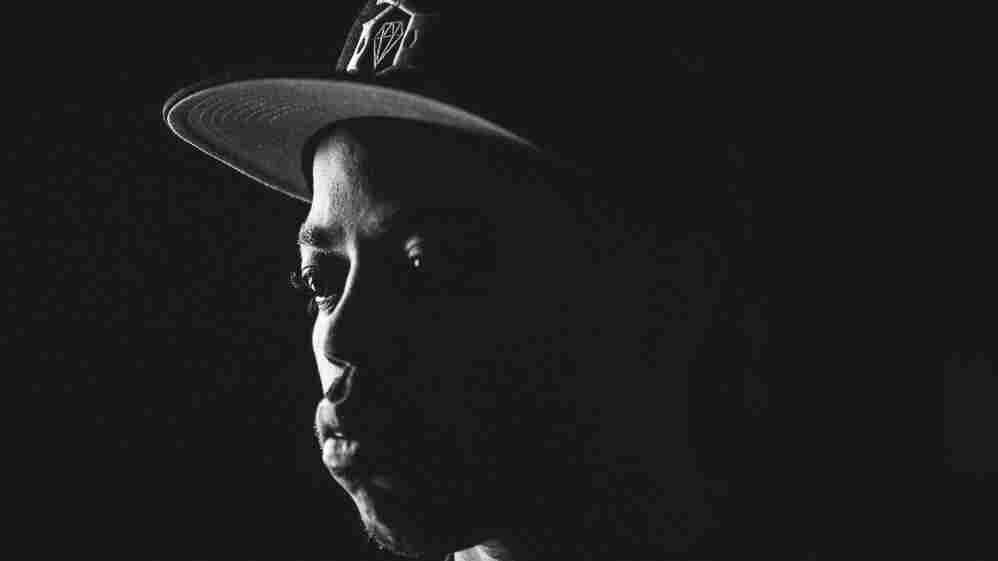 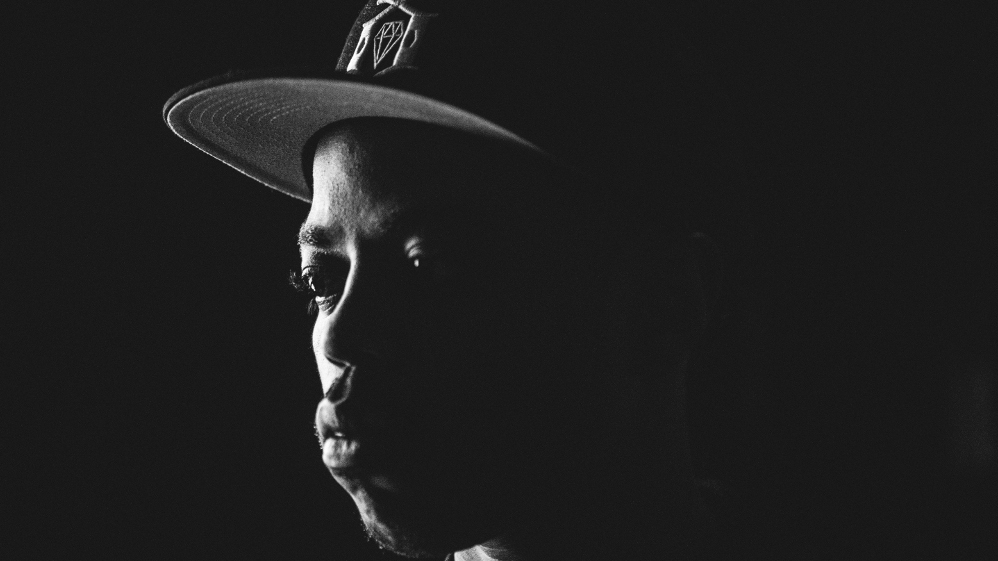 Like Quik, IAMSU! is both an MC and a producer. He was in high school when he first started noticing the attention to detail and engineering that sonically set Quik's work apart from others. "It's bigger than just making beats as I get older. I want to make the complete record," he said. "Now that I'm 25 I can get it right, but at 20, 19, 18, I was just more concerned about getting songs out. I was on Twitter dropping a song every two days."

Soon rapper Boogie arrived, hammered by an intense hangover he earned at Skrillex's birthday party the night before. Boogie is from Long Beach, but with much of his extended family living in Compton, the city that Quik is from, his mother often sent him out there for church and he'd spend the rest of the weekend hanging out.

Nursing a Gatorade, he tried to stay focused as he worked on his part, but he couldn't help being distracted by Quik's presence. "Every time he was talking, I caught myself putting my headphones down, trying to catch what he was saying," Boogie said. "Quik is everything is Compton. Right now we've got Kendrick [Lamar] and the Game, but at the end of the day, Quik is my Compton idol."