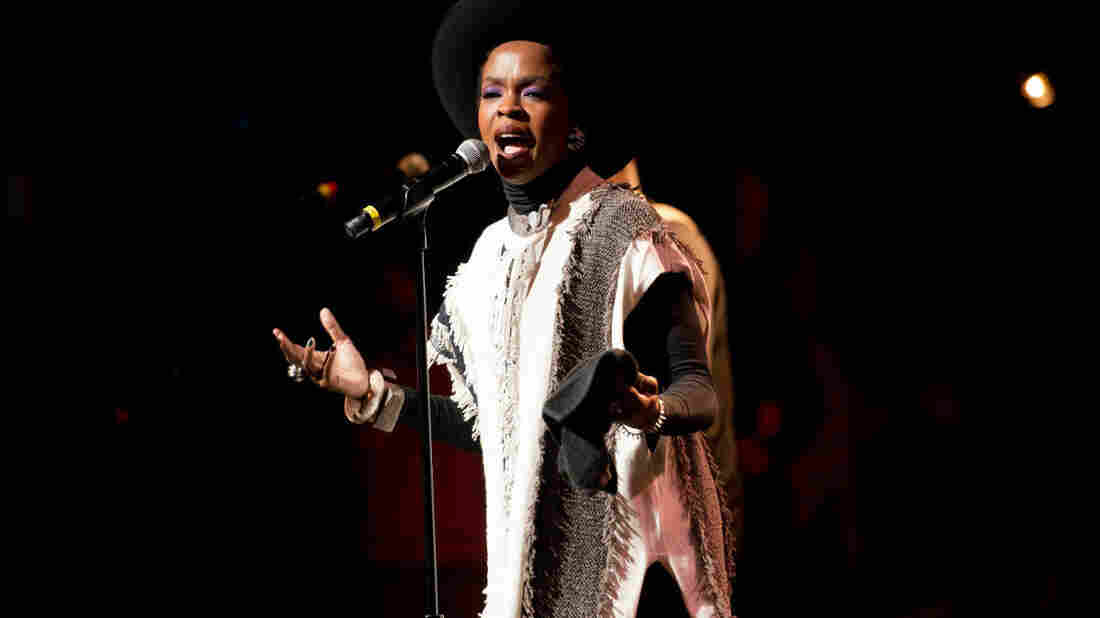 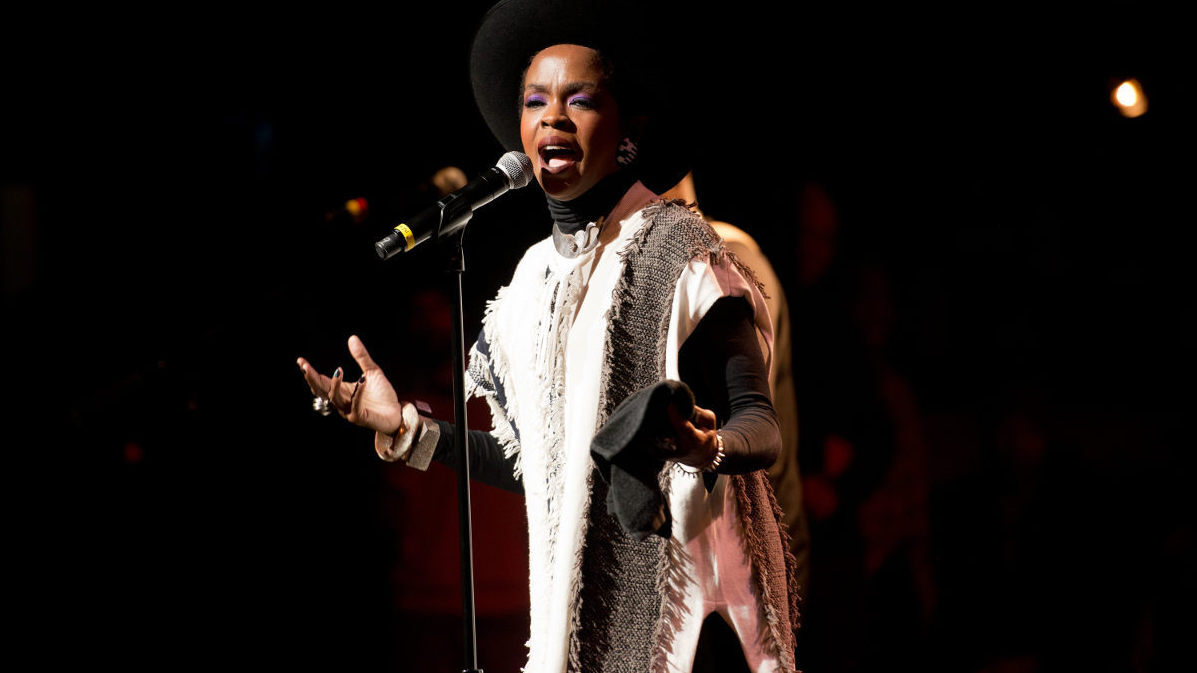 Ms. Lauryn Hill performs at the Apollo Theater in Harlem.

While Simone's music is canonical, the details of her personal life are less widely known. The film sheds light on her struggles with domestic abuse, undiagnosed mental-health issues and the downturn her career took when her music became overtly political. "Difficult" women — who navigate the world with curiosity and demand the respect of others, as well as creative excellence from themselves — aren't always widely celebrated. But What Happened, Miss Simone? gives the High Priestess of Soul her due; appropriately, the screening was capped off by a miniature tribute concert performed by Ms. Lauryn Hill, a contemporary artist whose complexities and controversies rival Simone's. Hill is a natural successor to Simone's legacy, given her commitment to musicianship and the political underpinnings of her songs.

Hill was introduced by Jayson Jackson, one of the film's producers, who warned the audience of her diminished voice. In the process, he revealed that she'd lost it while rushing to complete recordings for an as-yet-announced Nina Simone covers album that will also feature Usher, Robert Glasper, Mary J. Blige and Jazmine Sullivan. Hill kicked off her brief set with a cover of "Ne me quitte pas" (which Simone covered on her 1965 album I Put A Spell On You). The hoarse Hill sang in throaty French, commanding not only the crowd, but also the 16-piece backing band with which she shared the stage. A synth-driven version of "Black Is The Color (Of My True Love's Hair)" came next. Hill crooned and danced through the extended, jammy rendition of the song, then launched into a rap-infused version of "Ain't Got No, I Got Life." Though Hill is years removed from many of her own personal troubles, the audience's discomfort with her insistence on restarting the latter four times until the sound was perfect was palpable. But after watching What Happened, Miss Simone?, it was easier to identify Hill more as a musician who demands that every show be right.

One of the most striking things about Simone's performances was her penchant for calling out disruptive audience members; she generally started off with a simple "Please" into the mic if she heard people talking, but she'd be persistent if the rudeness continued. She grew up yearning to be the first black woman classical pianist; she wanted to play Bach in places like Carnegie Hall, where the audience wouldn't utter a peep. There is such a stark contrast between that and performances like the one she did of "Mississippi Goddam" at one of the 1965 marches from Selma to Montgomery. The images of police brutality from the 1960s embedded throughout the film were strikingly similar to what has played out on the news since the Ferguson protests of last summer; when Hill invited Sullivan to take the stage and perform Simone's "Baltimore," it felt as if her spirit had truly been invoked. But with the reports that May was the city's "deadliest month" in the past 15 years, the emotion didn't just come from Sullivan's impeccable pipes.

The evening ended with the band's extended version of the instrumental cut "African Mailman." At the behest of Hill, different members were offered solo opportunities, while she maintained control of the crowd. And, while the horns and bass getting to do their thing is always a treat, it was particularly moving when Hill led the harpist and one of the violinists, respectively, in feeling out the song for themselves.

In closing the show, Hill said to the crowd, "Thank you, Nina Simone, for existing and being bold enough to speak." Even without the sonic influences, Simone's presence remains vast within the current pop landscape — as it does when Beyoncé stands proudly in front of towering typeface that reads, "FEMINIST" or when Rihanna goes out in a dress that reads, "You will never own me, I will never fear you." Simone was unwavering in her beliefs, and that helped make her extraordinary.