Accessibility links
'If You Just Do What You Know, That's Boring': DJ Koze's Never-Ending Remix : The Record As a producer of original songs, DJ Koze owns minimal techno's wildest imagination, but his remixes and curveball-laden DJ mixes, like the recent DJ-Kicks mix, reveal just as much about his style.

'If You Just Do What You Know, That's Boring': DJ Koze's Never-Ending Remix

'If You Just Do What You Know, That's Boring': DJ Koze's Never-Ending Remix 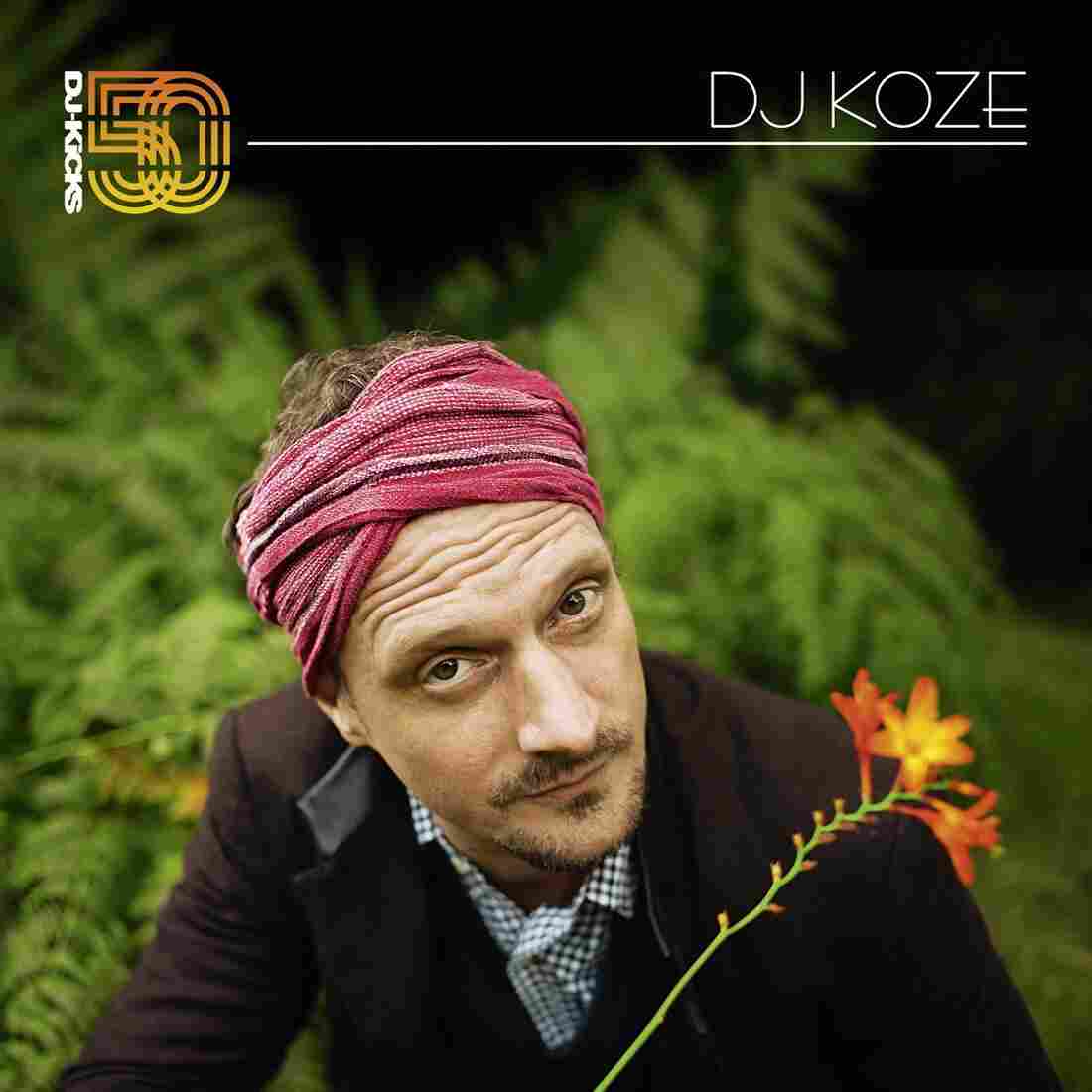 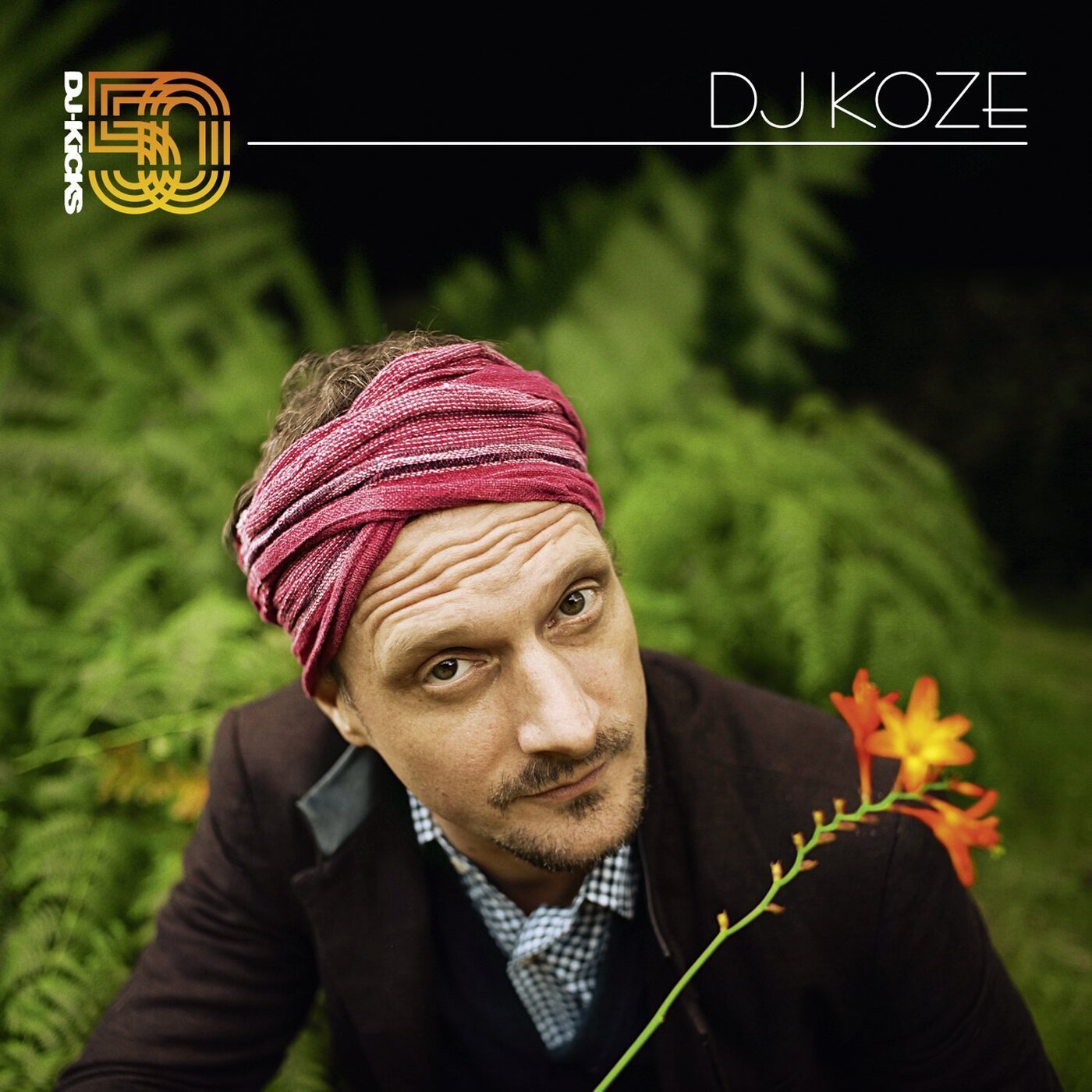 Understanding the recorded work of most popular musicians — from rock to hip-hop, jazz to country — typically means perusing their albums and singles. There are exceptions, such as rappers' guest appearances: You don't really understand Busta Rhymes' importance if you don't take into account his verse on A Tribe Called Quest's "Scenario," for example. But even in an age of Web-bound one-offs, the primary discography and the classic album-tour template tend to guide pop's narrative.

Electronic dance musicians, on the other hand, keep their names afloat in a less linear manner: In dance culture, remixes and DJ sets — whether in clubs, at festivals, or on podcasts — are as important as albums and singles. A busy producer will scatter their work across multiple labels like crumbs. Limiting, say, Skrillex's work to his credited tracks leaves out his remix of Benny Benassi's "Cinema," one of his biggest tracks. When Storm Queen's "Look Right Through" reached number one on the U.K. chart in late 2013, it did so in the mix by house veteran MK.

Born Stefan Kozalla, Frankfurt's DJ Koze is a model of dance music's multiplatform recording careers. As a producer, he possesses minimal techno's most opulent, fecund imagination. On 2013's Amygdala, Koze's third album, he delivered one tiny surprise after another, little bursts of pleasure that built into a whimsical epic. Even on a straightforward dance track like "XTC," which he recently released on his label Pampa, he'll throw in a curveball — in this case, an alluringly muddy sample of an Englishwoman delivering what sounds like a research paper on MDMA, which pops up nearly three minutes into the track.

Koze is best known as a remixer, collecting most (though not all) of his best on two volumes of Reincarnations, released in 2009 and 2014. Even more than on his original tracks, the idea is to upend expectations at every turn, whether turning Matias Aguayo's gruff "Minimal" into soap-bubble disco (on Part 1) or, reworking the airy synths and meandering undertow of Moderat's "Bad Kingdom" till the former flashes like a strobe and the latter acquires lethal focus.

"I try not to repeat myself or to use the same formula twice," says Koze, on the phone from his Frankfurt studio. "What is most difficult is to destroy your own workflow, because really often you come to the same point and to the same ideas, and then you realize, 'I'm doing the same [thing] here, but it's worse than the original.' I try to surprise myself. This is easy when you're in a band with at least two persons, but if you're only on your own and you know your own thoughts, you know you have to play [with things] a little bit. It's only exciting when something strange and foreign comes into it. When you destroy something you did, you listen to it and go, 'Ahh, this is interesting. I could never play this from the beginning like that.' Then it's vibrating. If you just do what you know, that's boring."

While for years DJ mixtapes were the provenance of diehards and scenesters, thus easy to factor out of the larger story, with officially licensed mixes often seen as sidebars, DJ sets are now easier to access than albums, since almost nobody charges for them anymore. The Berghain and Panorama Bar mix series, named for the storied Berlin clubs (housed in the same building), even went full-on digital-only and free last year, with label Ostgut Ton licensing tracks without charge for a three-year period. Last month, the seventh Berghain set, mixed by Function, went up on SoundCloud — which is in the midst of shakeups of its own, from new streaming limits to royalty deals with majors (Warner Bros.) and indies (20,000 of them) alike.

But some DJ mixes still operate as commercial enterprises. The most notable — and longest running — is the DJ-Kicks series, begun in the mid-nineties by Berlin's K7 label. Unlike the twelve Fabric and FabricLive sets issued per year (each bimonthly, on alternate months) by the London club Fabric, the unnumbered DJ-Kicks comes out whenever the label decides it will, so it's taken two decades to get to its volume 50, mixed by DJ Koze.

If the pop model is akin to having a day job in that writing songs to make albums that you then tour follows a reliable schedule, the model for electronic dance music is more akin to freelancing. "It's like having a nonstop job, like many jobs without a weekend," says Koze. "It's like no separation between private [life] and your job, and most of my colleagues do it like this. You have to work on different projects at the same time, maybe for financial reasons and maybe because it just makes sense."

"Sense" artistically, he means. Koze is inspired as a producer by the music he DJs, and in turn he receives a lot of music to potentially remix, or simply to DJ with — either in clubs or on one of the promotional mixes and podcasts that every DJ, at every level, is obliged to make. The creative impulse is a constant, Koze says, adding: "It's a little bit stupid to do only the same thing over and over, especially when you DJ. It's the modern way of building something, to do this multitasking, and it's all connected. I like it like this."

Most name DJs make their own specialized edits or remixes of the tracks they play out. For DJ-Kicks, Koze reworked nearly every selection from the ground up. "I tried to get the stems from artists, and some tracks ended in a remix," he says. "It took weeks. I played around and I made something new. For me, it was like the job of a carpenter."

Though Koze is an adept beat-matcher, the glue for many of the tracks isn't a linear groove flow but a series of introductions and drop-ins, frequently from his own altered-voiced alter ego (Koze's "neighbor") — these are mercifully brief, compared to the way they ran rampant on Reincarnations Part 2. But while the selection is wide, the crystalline, lugubrious feel of the whole thing makes it float by as one. Obviously, Koze's meticulous stitches are much of why — but so is an ear so acute it can find the smeared gold even in a latter-day William Shatner album, the source of the surprisingly sober "It Hasn't Happened Yet," spoken-word lounge music about a lifetime of regrets that hits with surprising resonance. No surprise that it's located at the very center of this mix.

Koze's DJ-Kicks feels closer to a hip-hop mixtape than a straight-up dance one, as it darts in and out of tracks. That impression is bolstered by an early clutch of indie rap — including cLOUDDEAD remixed by Boards of Canada and Stones Throw artists Strong Arm Steady and Homeboy Sandman. It's a nod to his roots: Koze started out as a hip-hop producer, and DJ-Kicks flexes that muscle more publicly than anything he's done since his first album, 2000's Music Is Okay. The man whose mix's centerpiece is "It Hasn't Happened Yet" is looking back.

Those tracks' floating feel sets the pace for the rest. Some DJ sets build in an arc, starting slow, climaxing in the middle, then ebb toward the end. Koze monkeys with that structure on DJ-Kicks, decelerating drastically in the middle — particularly, the brief Daniel Lanois instrumental "Carla" and Shatner's spoken-word lounge piece — before bringing the pace back up to a loping bump at the end with cuts by Marcel Fengler and Portable.

"It really was on purpose that it slows down," says Koze. "Most musicians are listening in the moment, it's like ADD — people are not able to concentrate longer than twenty seconds, and they need a climax. Otherwise, they are lost. We are so over-polluted and over-challenged. It's like politics — in every medium, everybody's screaming. It's too much. Empty and slow music, where every sound has a function, is really modern. It's why The xx, for example, is successful, is because your brain has, for one hour, only certain few elements to stick on, and it is really refreshing."

Koze works on everything at once so he can stay with one essential idea. "I stripped as much as possible, but still enough that the candle is a little bit burning," he says of his work methods. "Perhaps the most difficult part for me is to be honest with myself. If you destroy it, even if you spent a lot of work [on it], then it's progress."