Accessibility links
Watch Low-Key Country Supergroup Traveller's Charming Video For 'Western Movies' : The Record In a single take, standing in front of a red van in a gravel lot, Robert Ellis, Jonny Fritz and Cory Chisel offer up an ode to the solitary pleasure and romance of cowboy flicks. 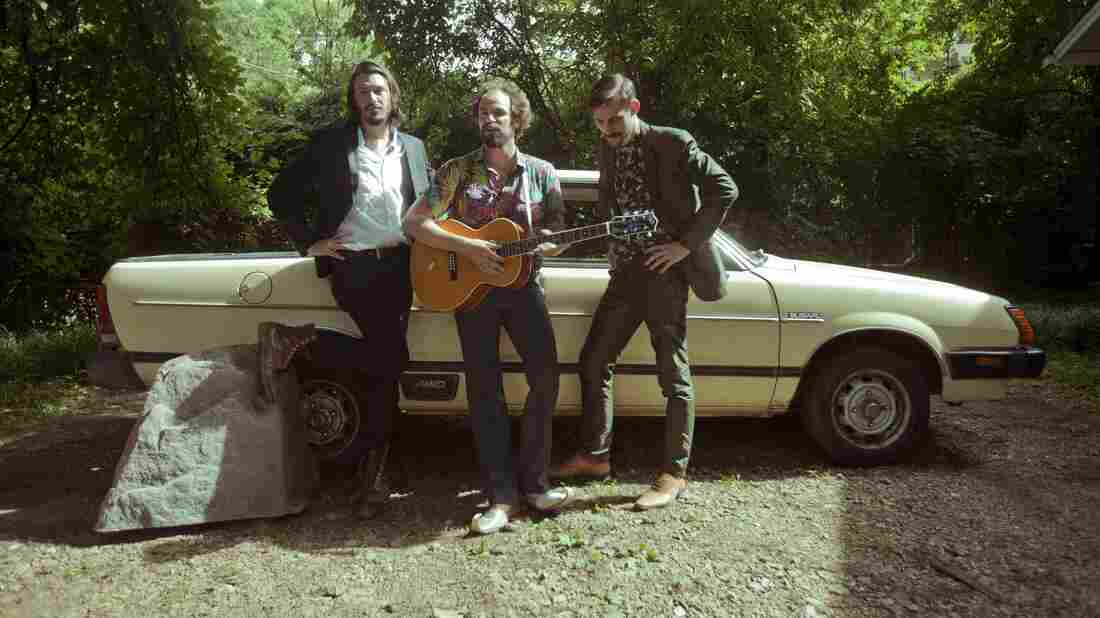 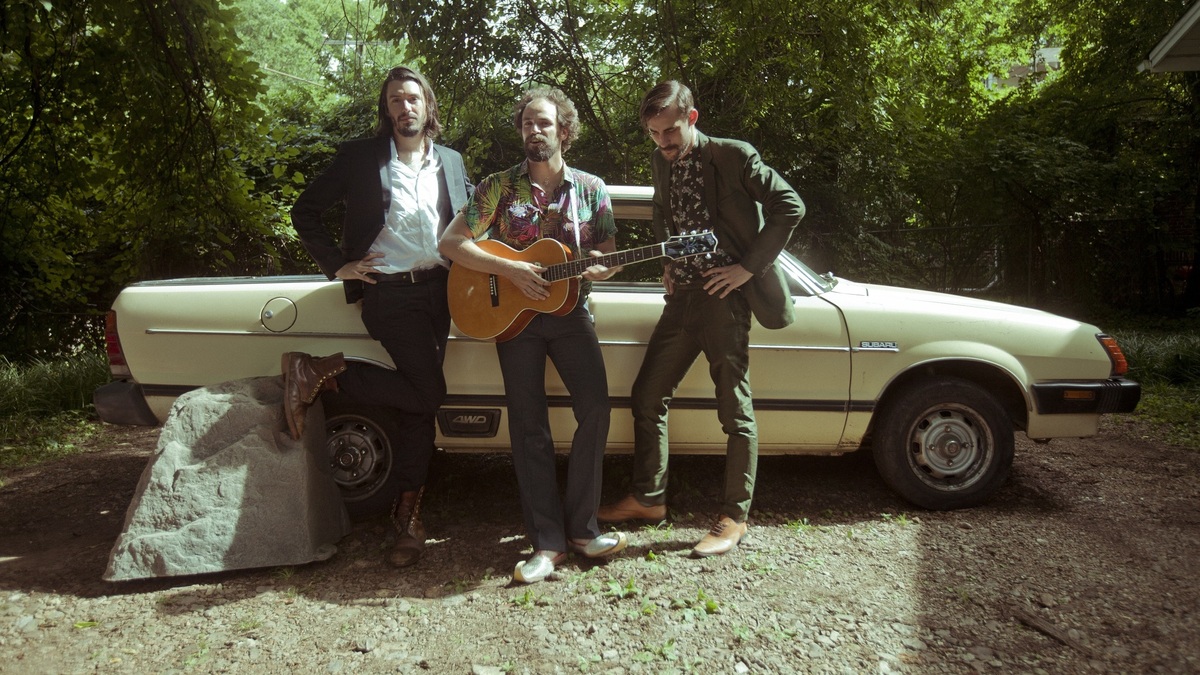 What I like in a songwriter is a sense of adventure. Key to keeping that spirit alive is collaboration — and in Nashville, artists are constantly connecting in new and delightful ways. It's a regular part of the working musician's life, but sometimes it yields particularly charming results. When the beloved young singer-songwriters Robert Ellis, Jonny Fritz and Cory Chisel formed their grassroots supergroup Traveller, they didn't go in for much fanfare. Instead, they've simply hit the road, trading verses and acoustic guitar licks at last week's Newport Folk Festival and a string of dates leading back to Nashville this weekend. But it's good to document such creative collaborations, so when we at NPR Music said we might be interested in seeing a Traveller video, the band made one.

Not without some discussion first, though. Here, according to a reliable source, is the exchange that led to this roadside recording of the band's original song, "Western Movies," shot by Joshua Shoemaker.

ROBERT ELLIS: Hey, boys, NPR Music wants us to make a video. Should we?

JONNY FRITZ: That's a (Terry) gross thing to say! But all things considered, we could make a morning edition.

ROBERT: I think we should really have a car talk about this before we release another video into the marketplace. This american life is pretty complicated. Wait, wait ... don't tell me. We would do a new song? I think it's a good idea. I'm an optimist. I see the Ira glass as half full.

JONNY: But in all seriousness, here and now, me and my prairie home companions think some fresh air would be good before making a snap judgement. Maybe we record it from a mountain stage?

CORY CHISEL: I'll create the next content in some kind of radio lab between our car talks. All things considered, It seems like the best move.

And so it came to be. Enjoy "Western Movies," which is as witty and harmonious as Traveller's banter. Here's hoping for more microphone checks from these guys.