Accessibility links
Dr. Dre's 'Compton': Who Are The Album's New Artists? : The Record He gave us Snoop Dogg, Eminem and Kendrick Lamar. Now, the producer has a new crop of protégés. 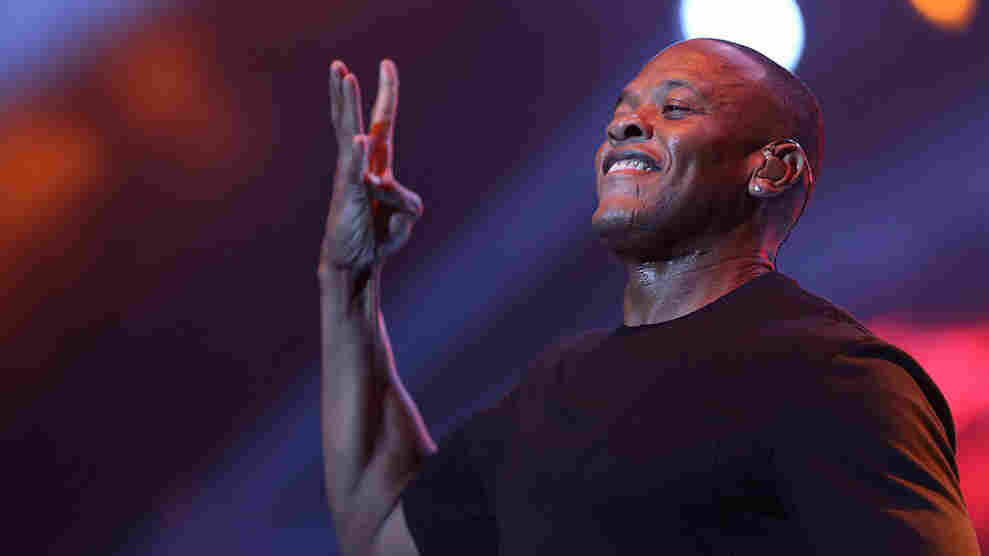 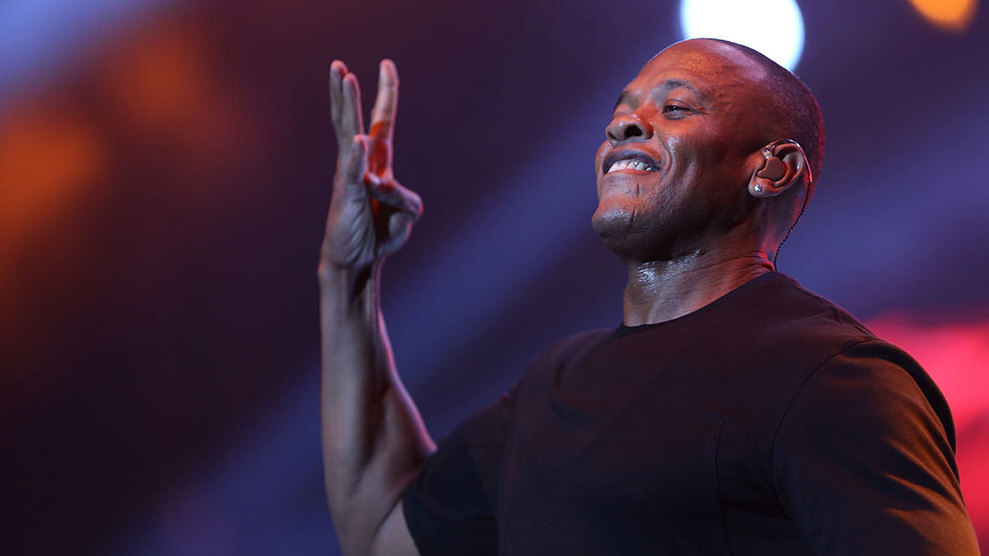 The question, posed in Dr. Dre's 1999 single "Still D.R.E." — whether the man born Andre Young was still able to deliver the caliber of music that made him a household name — has recurred often over the course of the hip-hop producer's career. It's followed the public, often ugly dissolutions of relationships with Eazy-E and Ruthless Records, then Suge Knight and his Death Row Records, and the answer is always the same. The former split helped give rise to Death Row, Snoop Dogg and the Dogg Pound, and also cemented Tupac's legacy, while creating one of the defining sounds of the '90s; the latter built the Aftermath empire, with Eminem, 50 Cent and Kendrick Lamar ranking among the world's great rap voices. In both cases, it wasn't just Dre's skills as a producer that kept him in the spotlight; it was also his ear as a talent-spotting A&R man. Now, after a string of successes in the role of producer, businessman and "big homie" to much of the West Coast, the question of Dre's ability to deliver has become an issue of time (his last album dropped in 1999), age (not a lot of 50-year-olds make crucial hip-hop) and relevance (nor do a lot of tech billionaires who sell their companies to Apple, as he did with Beats By Dre).

Last week, during his Beats 1 radio program The Pharmacy, Dre announced that Detox, his long-awaited follow-up to 2001, had been scrapped. Instead, a new project, Compton, will drop on August 7, just in time for the theatrical release of the N.W.A biopic Straight Outta Compton. (Pre-order sales have already propelled the album to No. 1 on iTunes.) The track list reveals guest shots from artists Dre has worked with at various stages of his career: Ice Cube and COLD 187um from the N.W.A/Ruthless Records days, while Snoop Dogg, Eminem, The Game and Kendrick Lamar all make appearances. There are also features from neo-soul star Jill Scott, ex-Floetry singer Marsha Ambrosius and hip-hop hook crooner BJ The Chicago Kid. It also revealed that, on Compton, the super-producer will once again introduce a new class of protégés.

Though a Dre cosign doesn't necessarily guarantee a long, prosperous career in music (see: Knoc-turn'al, Hittman, Last Emperor, Bishop Lamont), it does give fledgling artists an opportunity to scale the astronomical heights that Snoop, Em and others have. So who are Compton's lesser-known cast members? Here's some information on the relative newbies Dre deemed worthy of his "grand finale."

Formerly known as Breezy Lovejoy, Brandon Anderson Paak is a singer-songwriter, rapper and drummer from Oxnard, Calif., hometown of hip-hop underground cornerstones Madlib and Oh No. Venice, the debut album Paak released last fall on the independent Steel Wool/OBE labels, is an amalgam of R&B, hip-hop and electronic music — as influenced by '70s soul as it is by East L.A.'s Low End Theory experimental beat scene. Paak is also half of NxWorries (alongside producer Knxwledge), and their collaborative effort "Suede" made NPR Music's Favorite Songs Of 2015 (So Far). Look out for NxWorries on tour with Earl Sweatshirt this fall.

Born Morris Wayne Ricks II, 25-year-old rapper/producer King Mez is a native of Raleigh, N.C. He's been releasing music since 2009, and his latest album, Long Live The King, came out in 2014. An introspective and thoughtful MC, Mez has collaborated with fellow North Carolinians J. Cole and producers 9th Wonder and Khrysis. The Morgan State alum cites Nas and MF DOOM as two of his main influences.

An opportunity like Compton has been a long time coming for Flint, Michigan's Jon Connor (a.k.a. Jon Kevin Freeman). A regular on hip-hop blogs like NahRight and OnSMASH a few years ago, he announced that he'd signed to Aftermath in 2013, on a "BET Cypher" freestyle. He's been relatively quiet since, and with good reason. (Dr. Dre is notoriously secretive about his projects.) Now, we'll finally get to hear what the self-proclaimed "People's Rapper" has been working on.

Justin Morhle is the least-known rapper to appear on Compton. While King Mez and Jon Connor boast numerous mixtapes and guest appearances, the artist formerly known as "Love, JT" has barely left a footprint. So how did a 24-year-old white rapper from Dallas end up in a song with Kendrick Lamar? With the help of longtime Dr. Dre collaborator and N.W.A affiliate The D.O.C., who also resides in — and hails from — Dallas (Mohrle is from the suburb of Garland). The Diggy Doc got wind of Mohrle and introduced him to Dre.

You may not know Asia Bryant's name, but you've likely heard her work. She's co-written songs for Jennifer Lopez ("Girl"), DJ Mustard ("Love" featuring Justine Skye), and Miley Cyrus ("Hands In The Air"), among others. The Charleston, S.C., singer-songwriter released her Analog x Digital World EP in 2011, and put out the single "I Had A Dream" in December 2014.

Dr. Dre's new album will be available to stream in its entirety starting Thursday August 6 at 6 p.m. PT via Apple Music. The service will stream the explicit version of the album for three hours straight in advance of its release on August 7 release on Apple Music and iTunes. Beats 1's Zane Lowe will host a special show at 9 p.m. PT, after the uncensored stream has concluded, to discuss the album.

Here's the track listing for Compton.